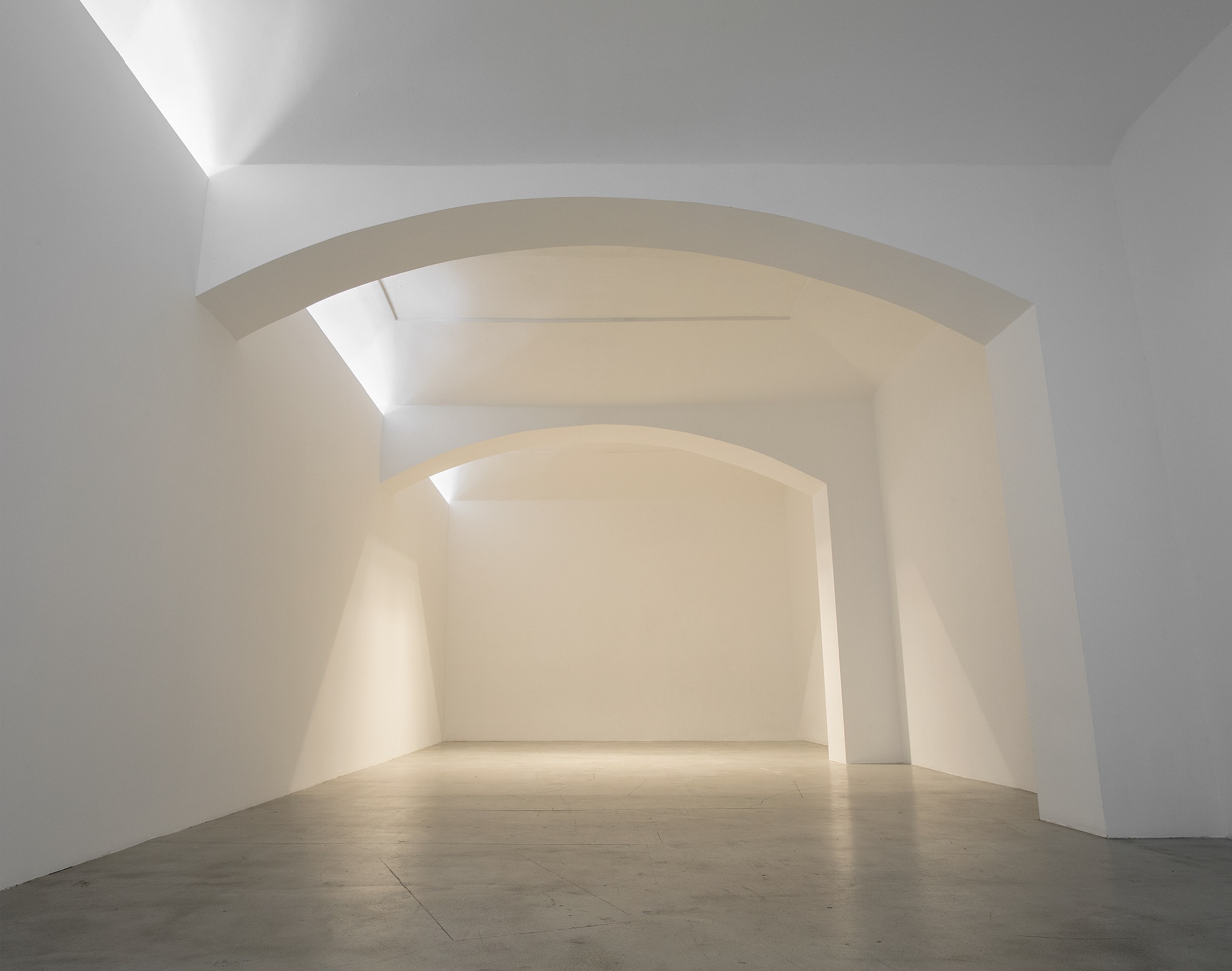 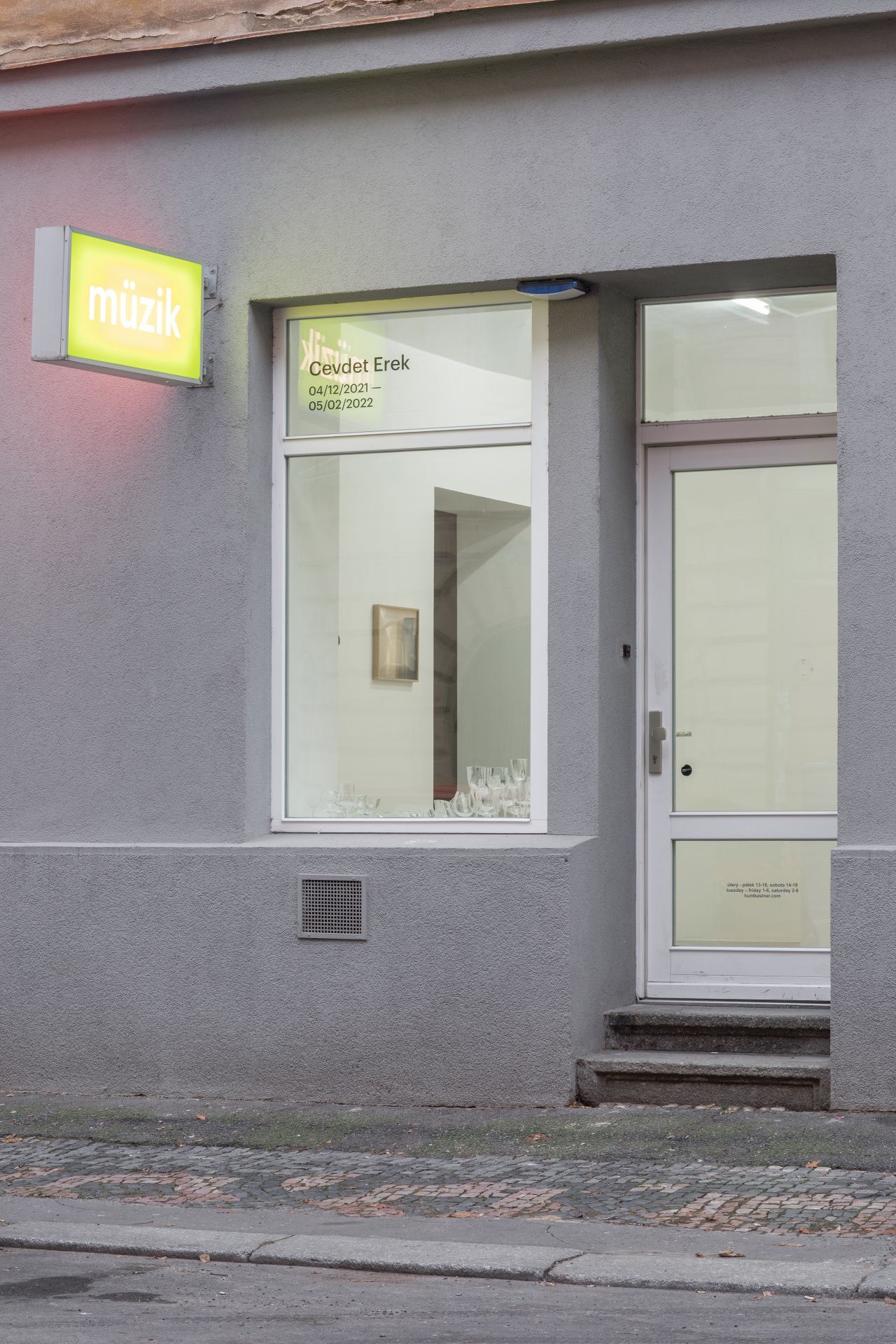 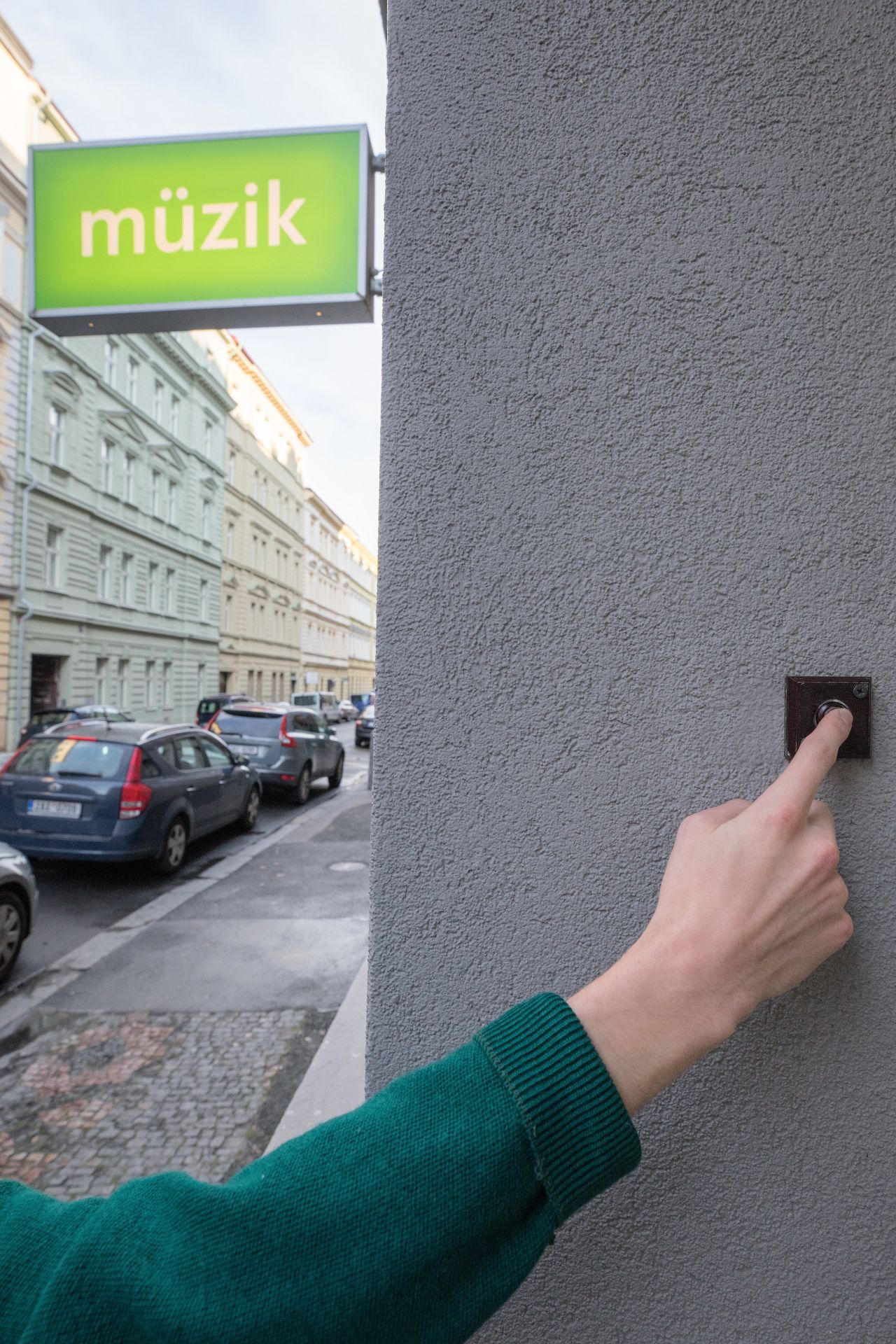 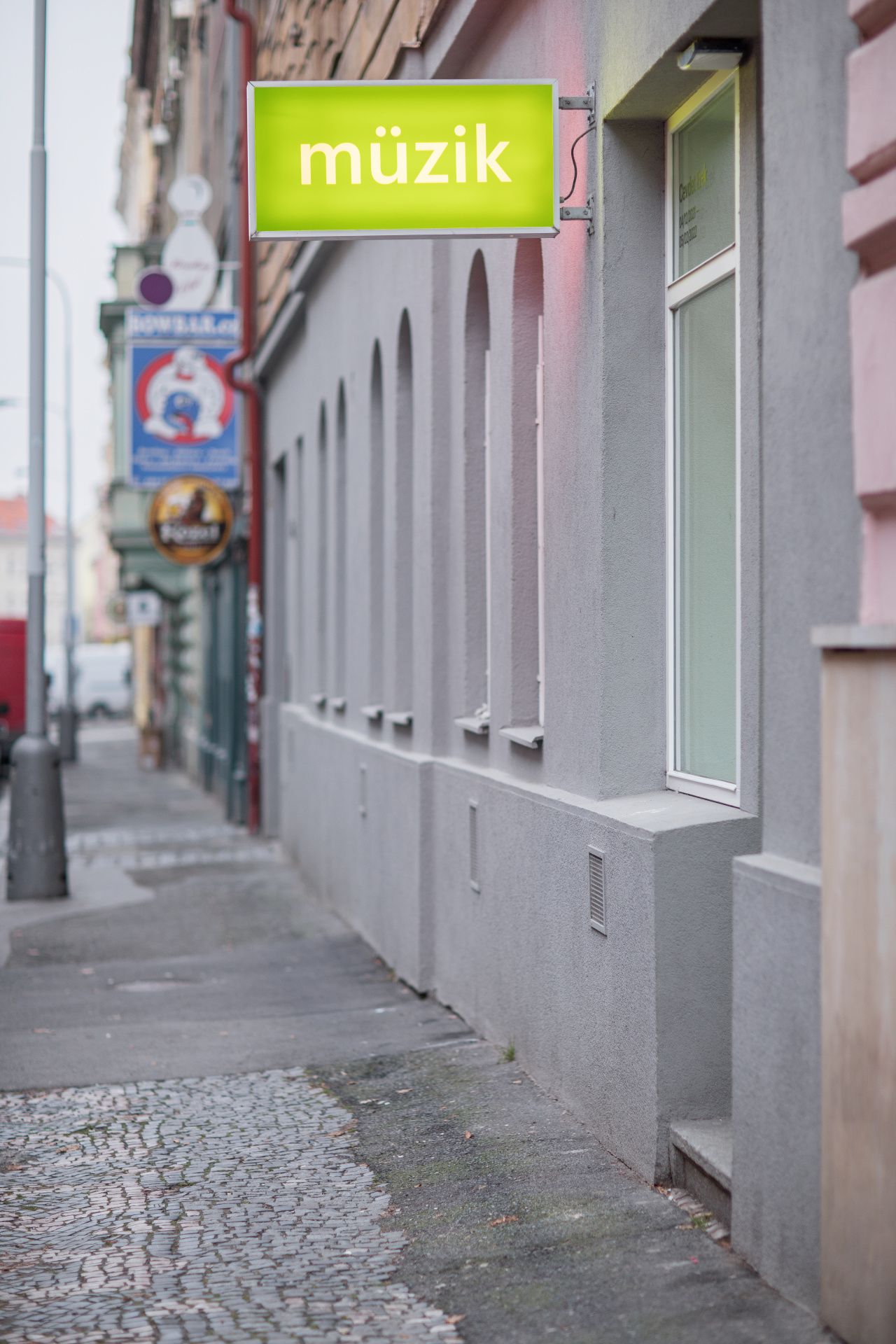 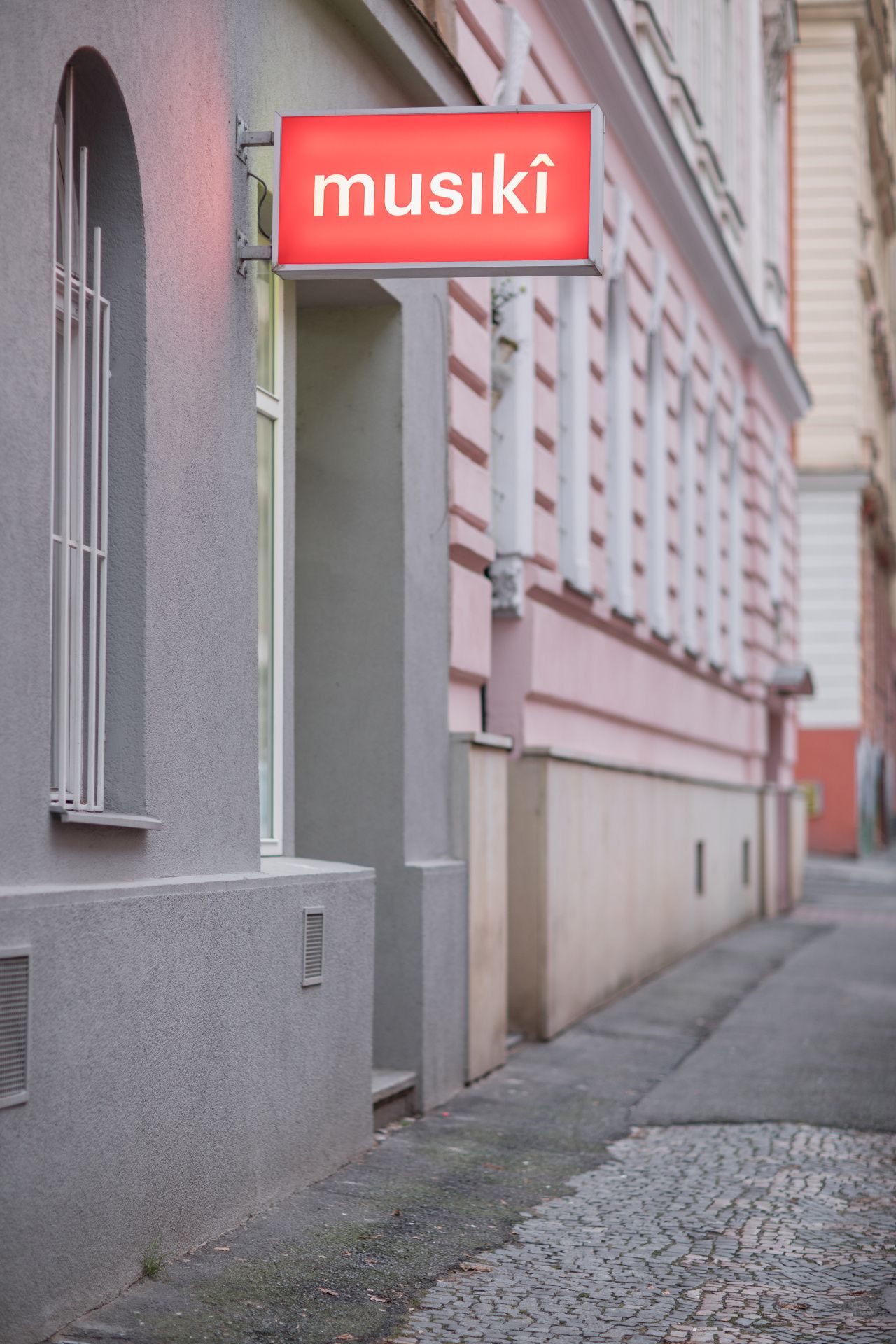 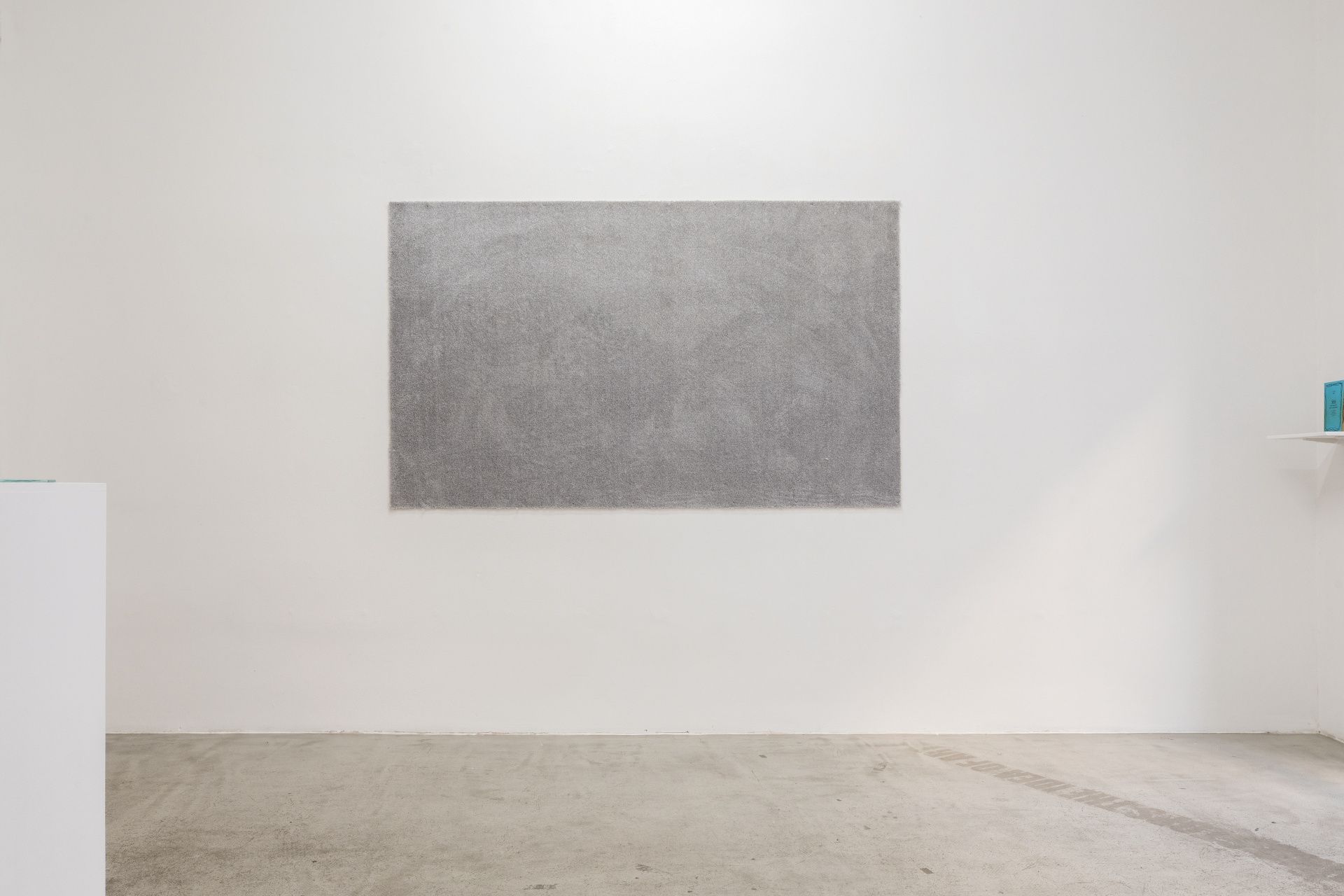 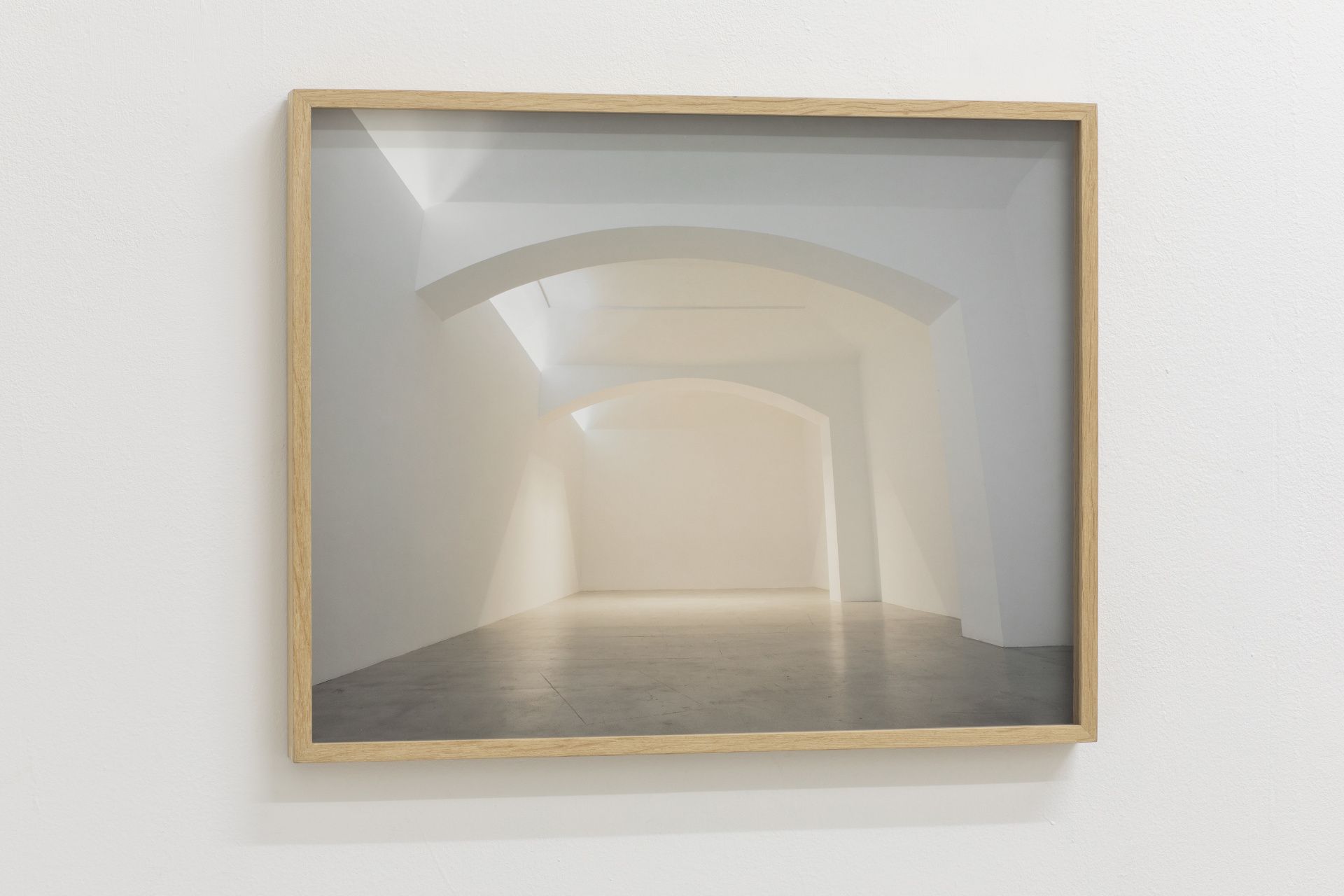 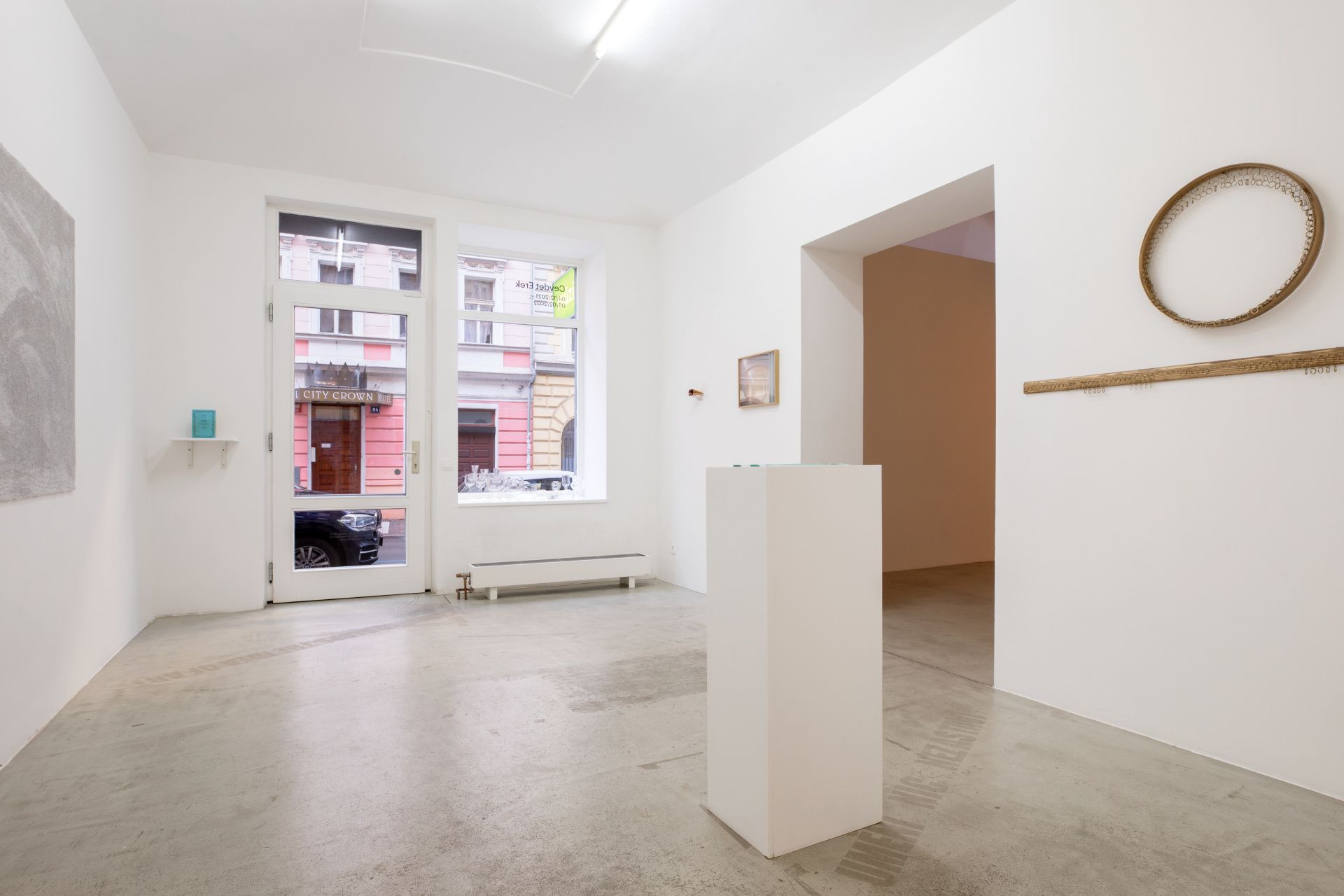 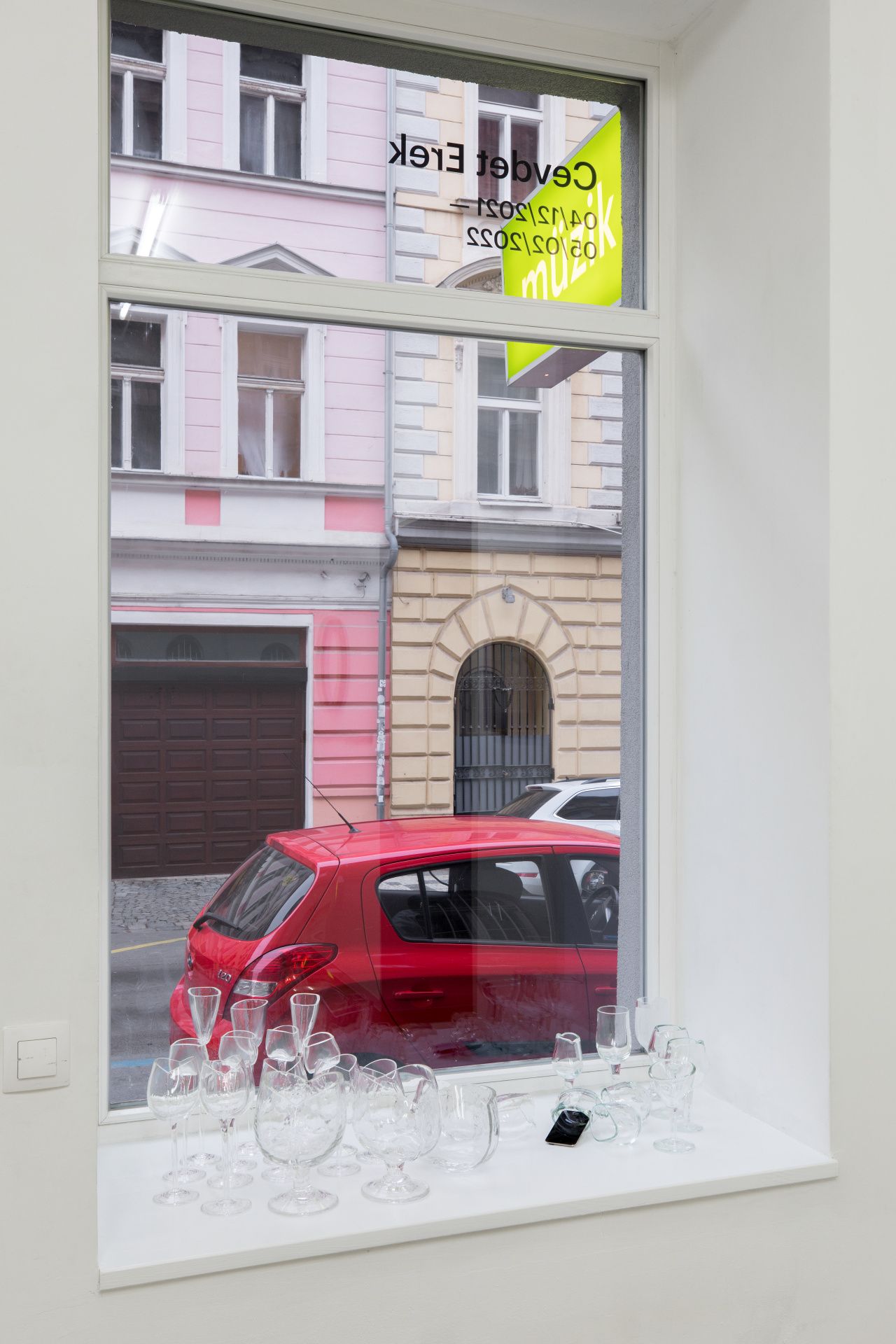 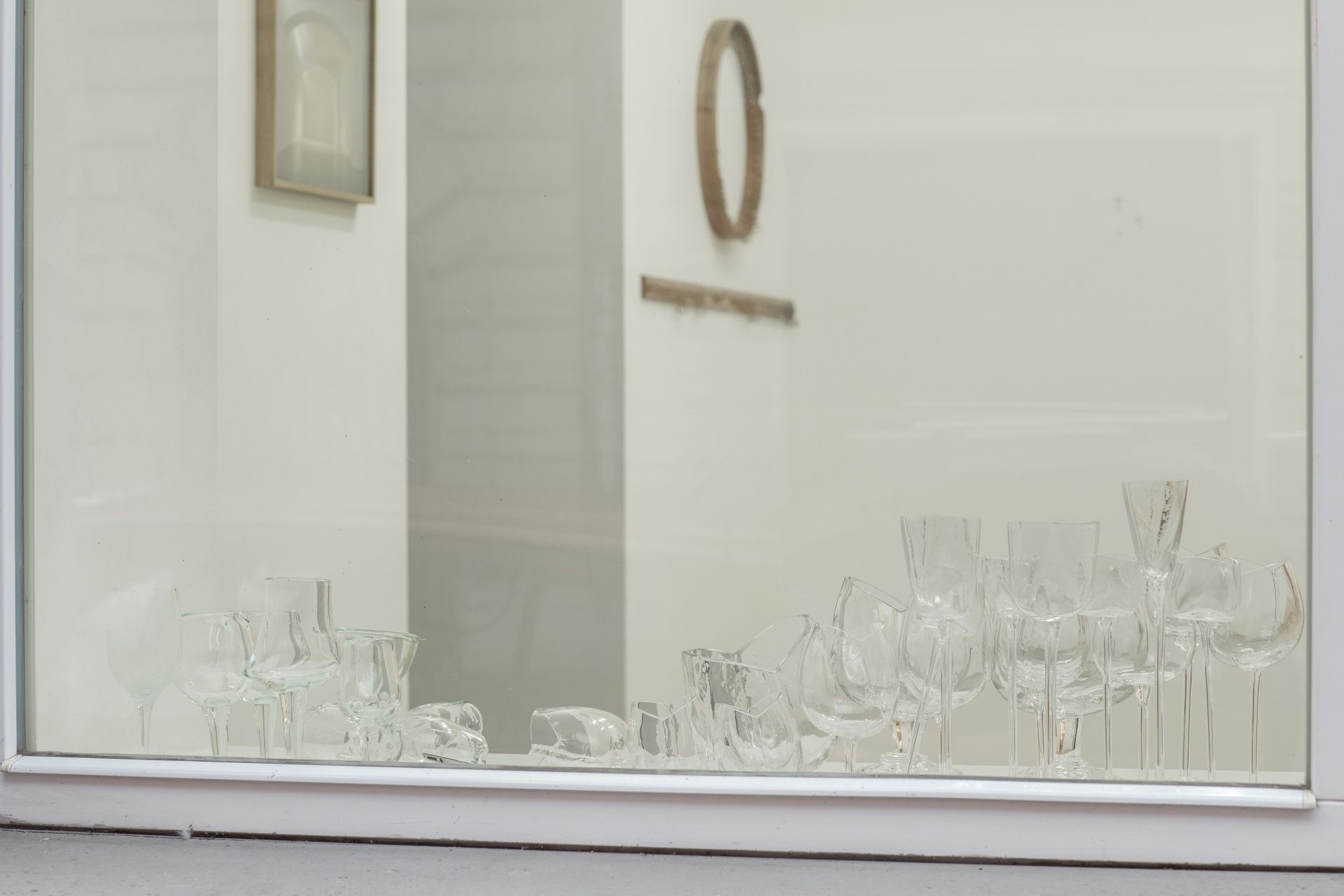 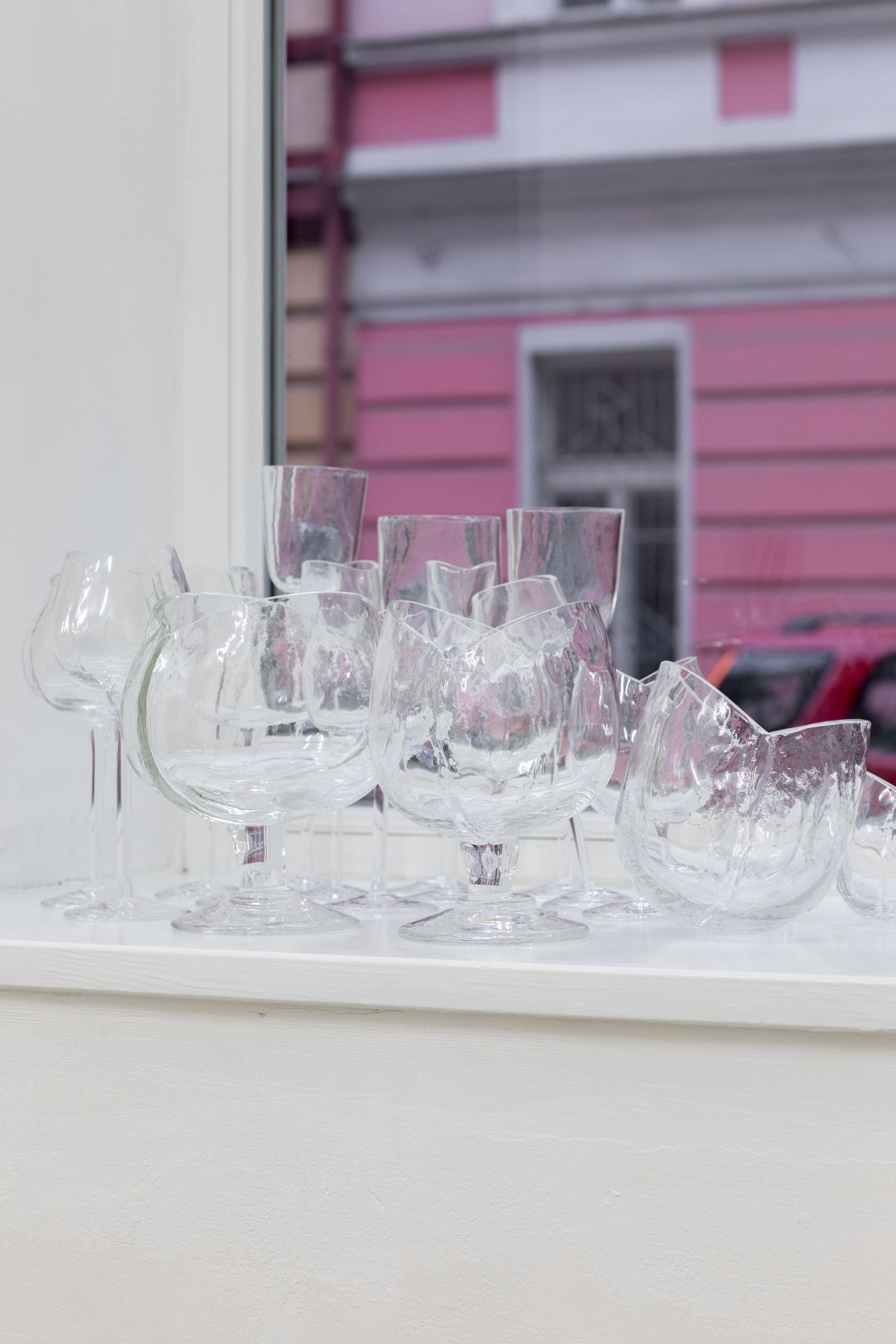 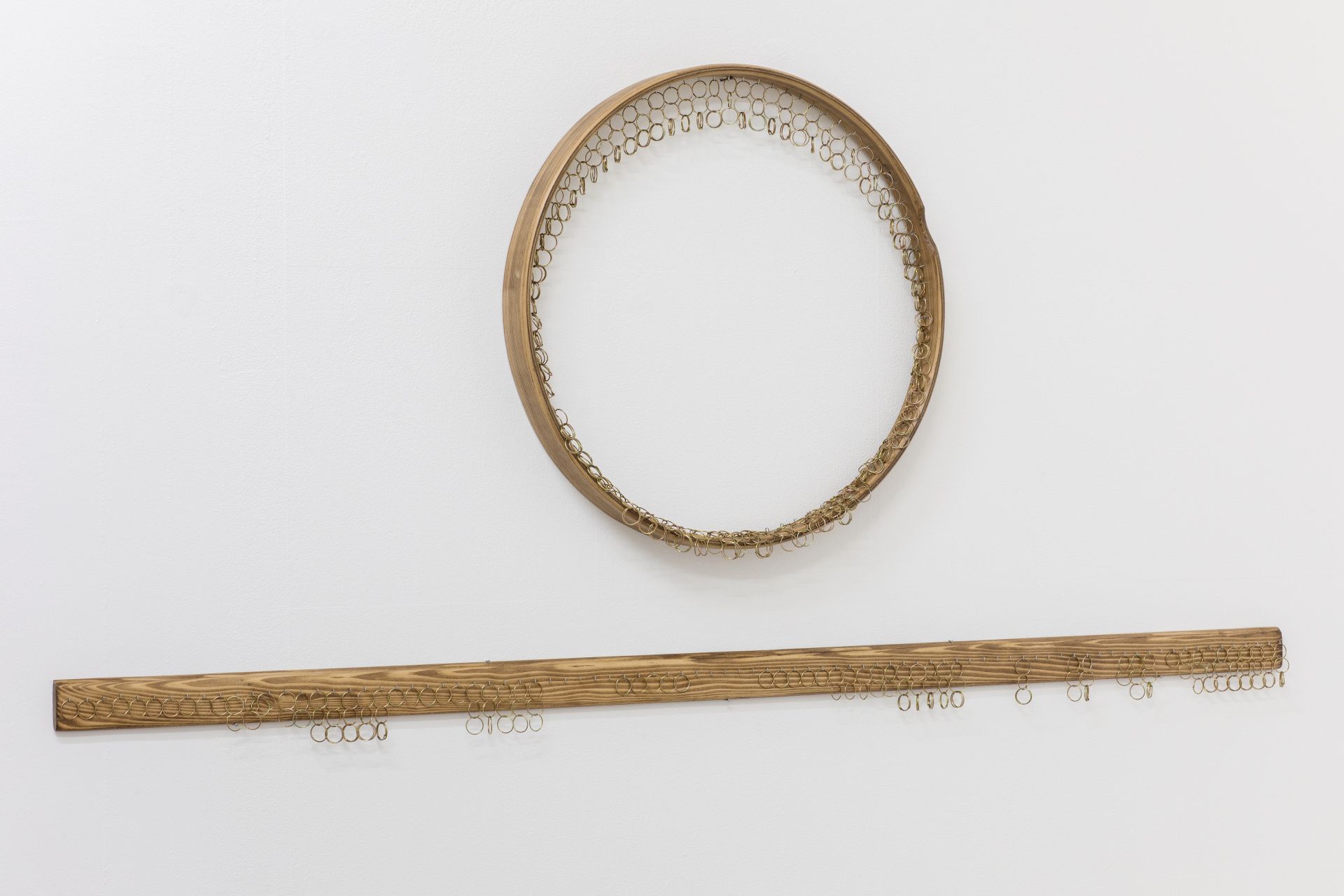 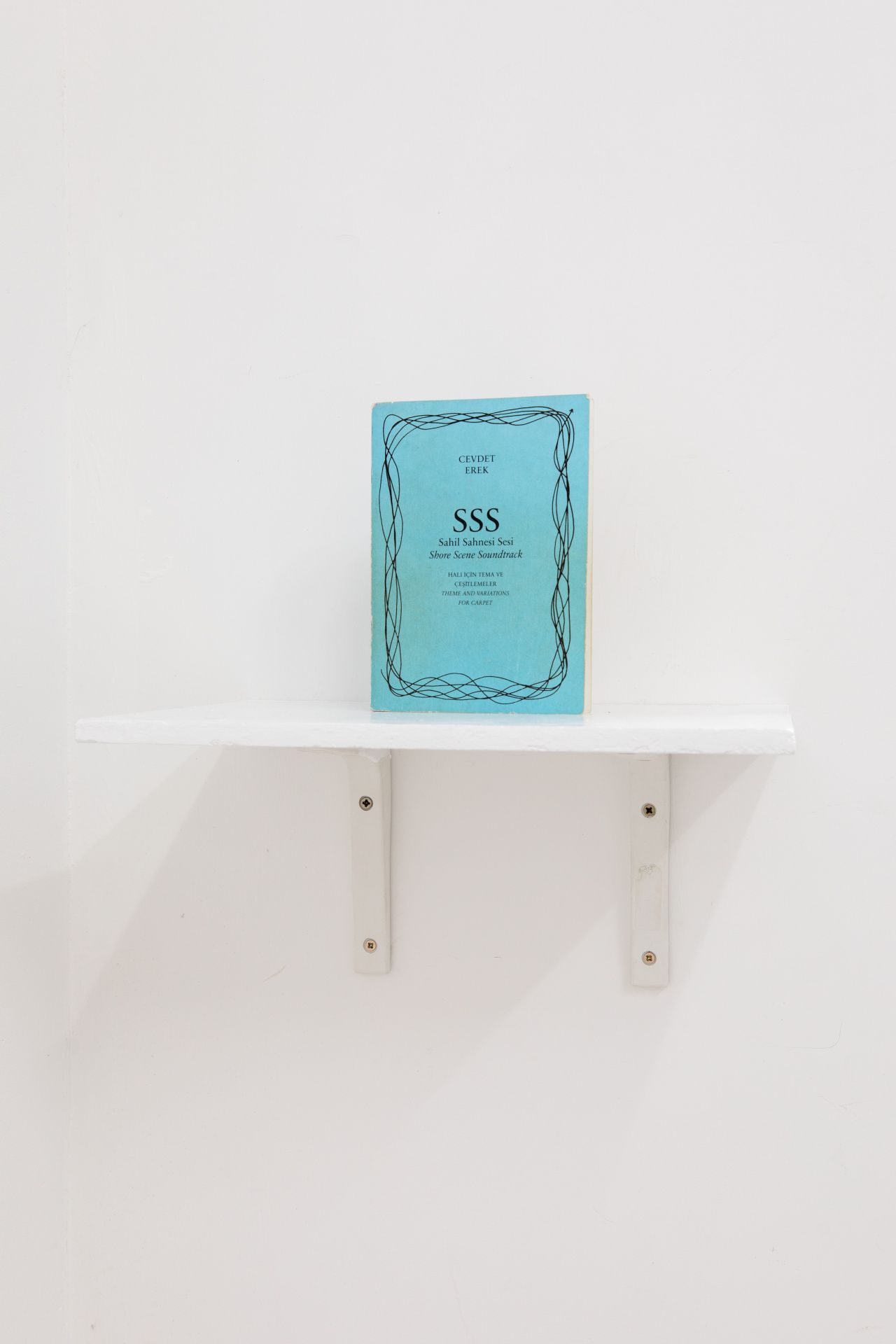 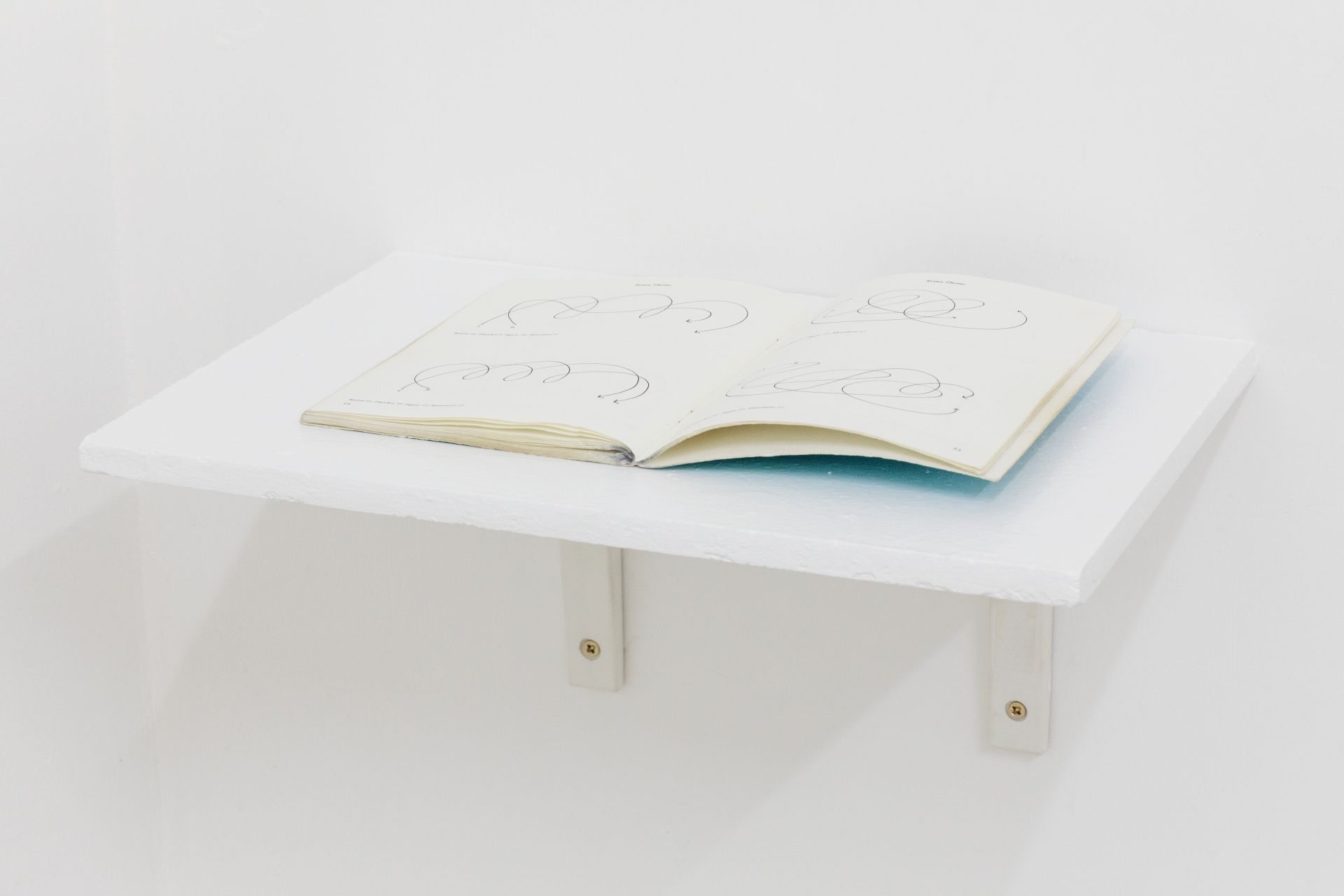 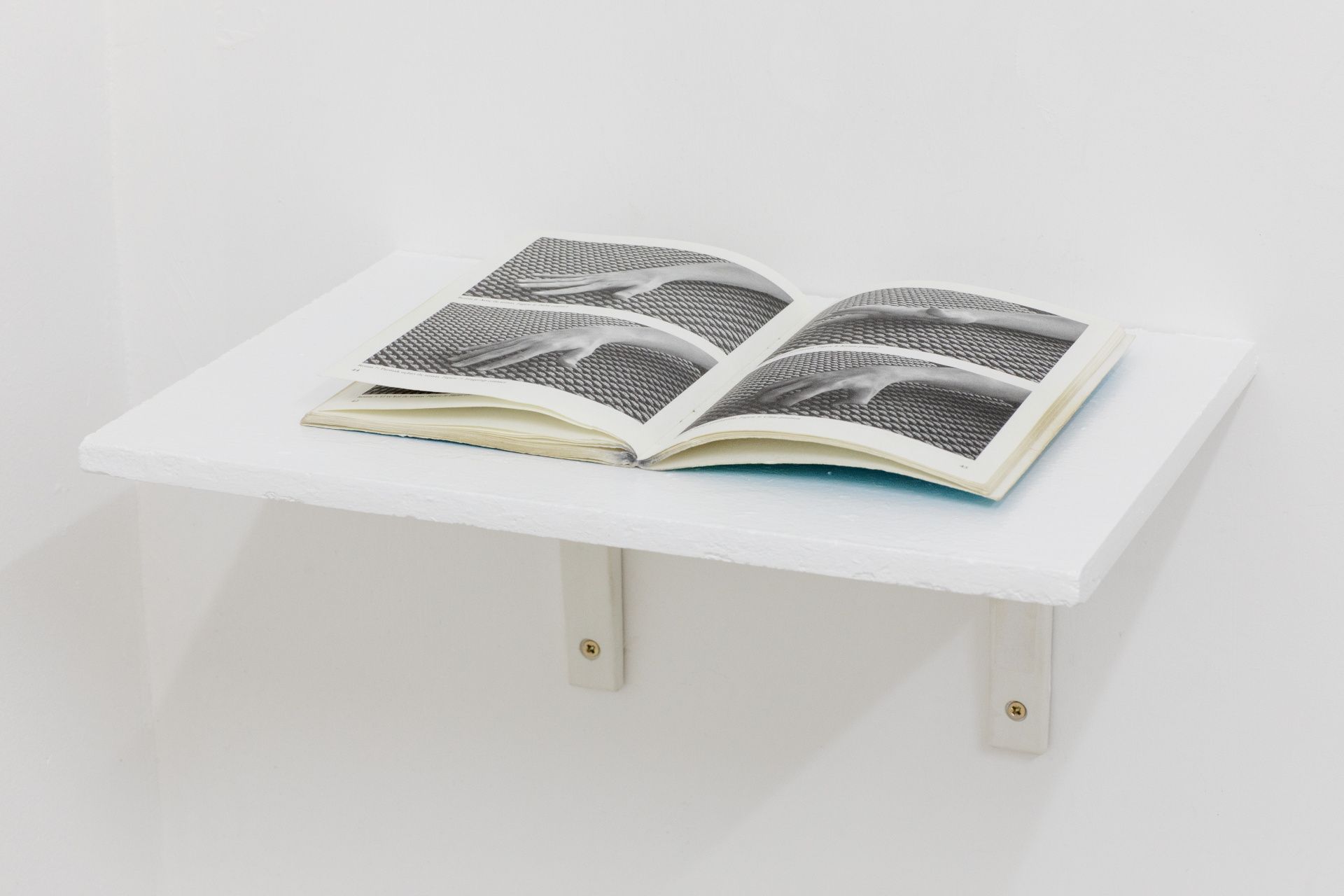 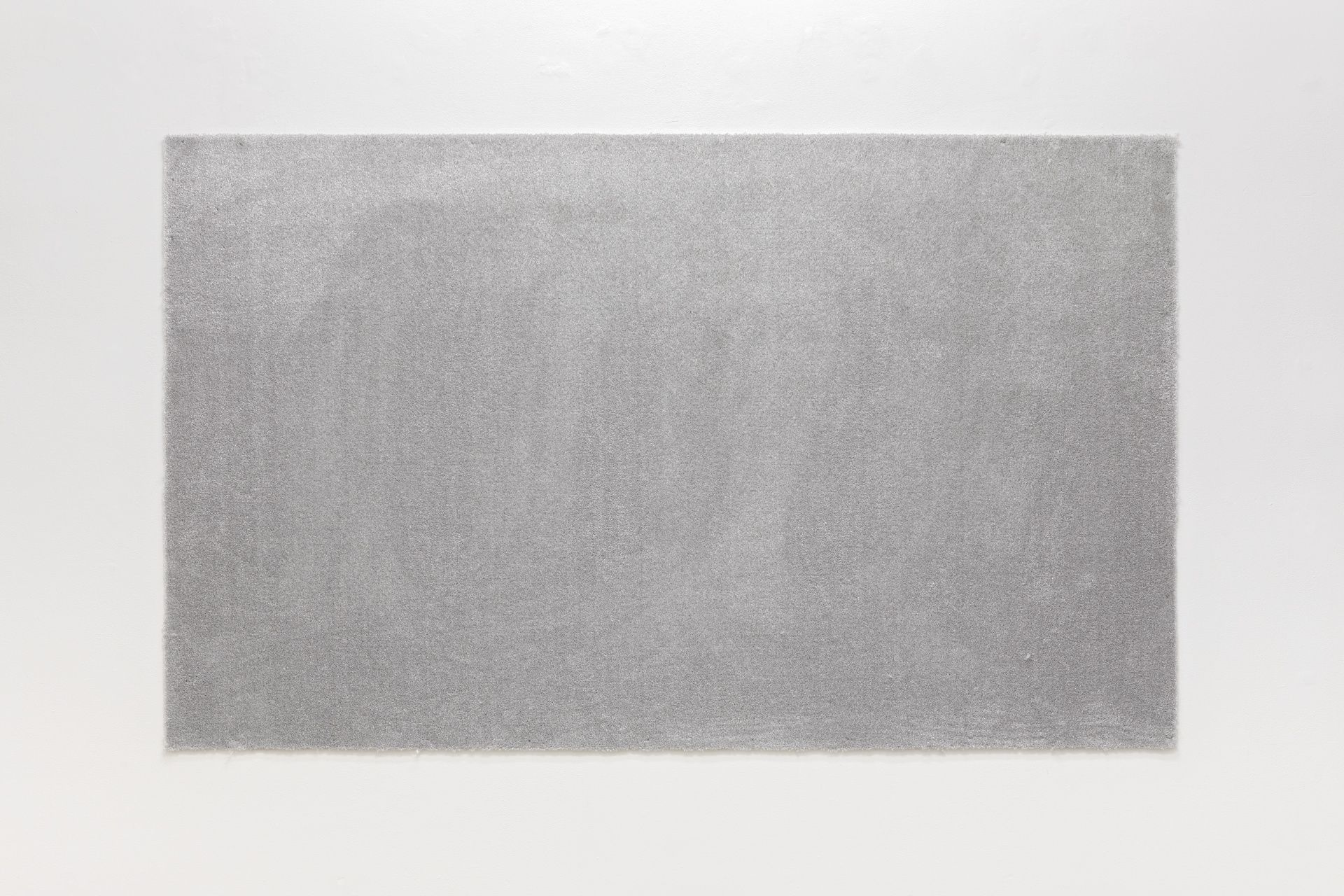 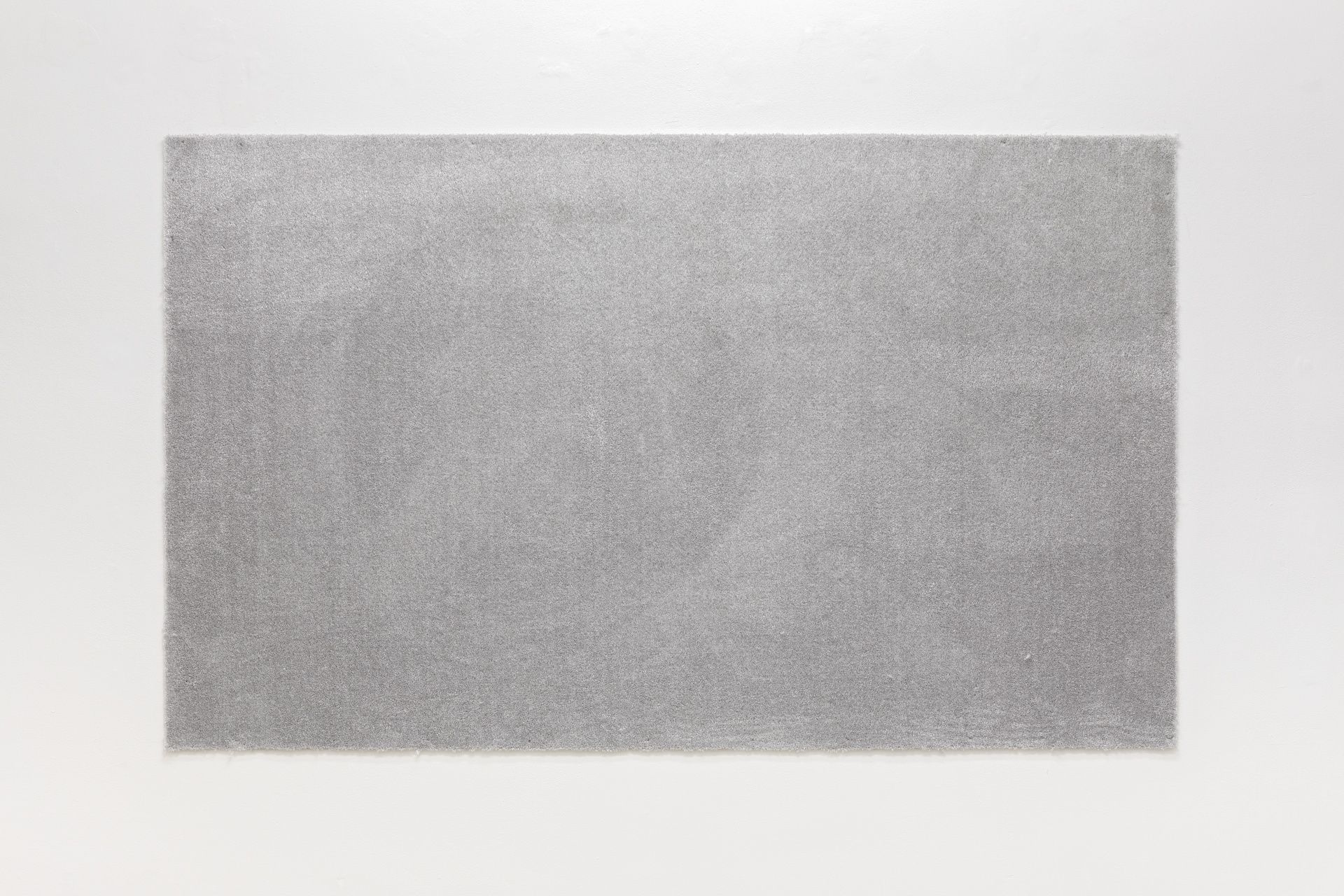 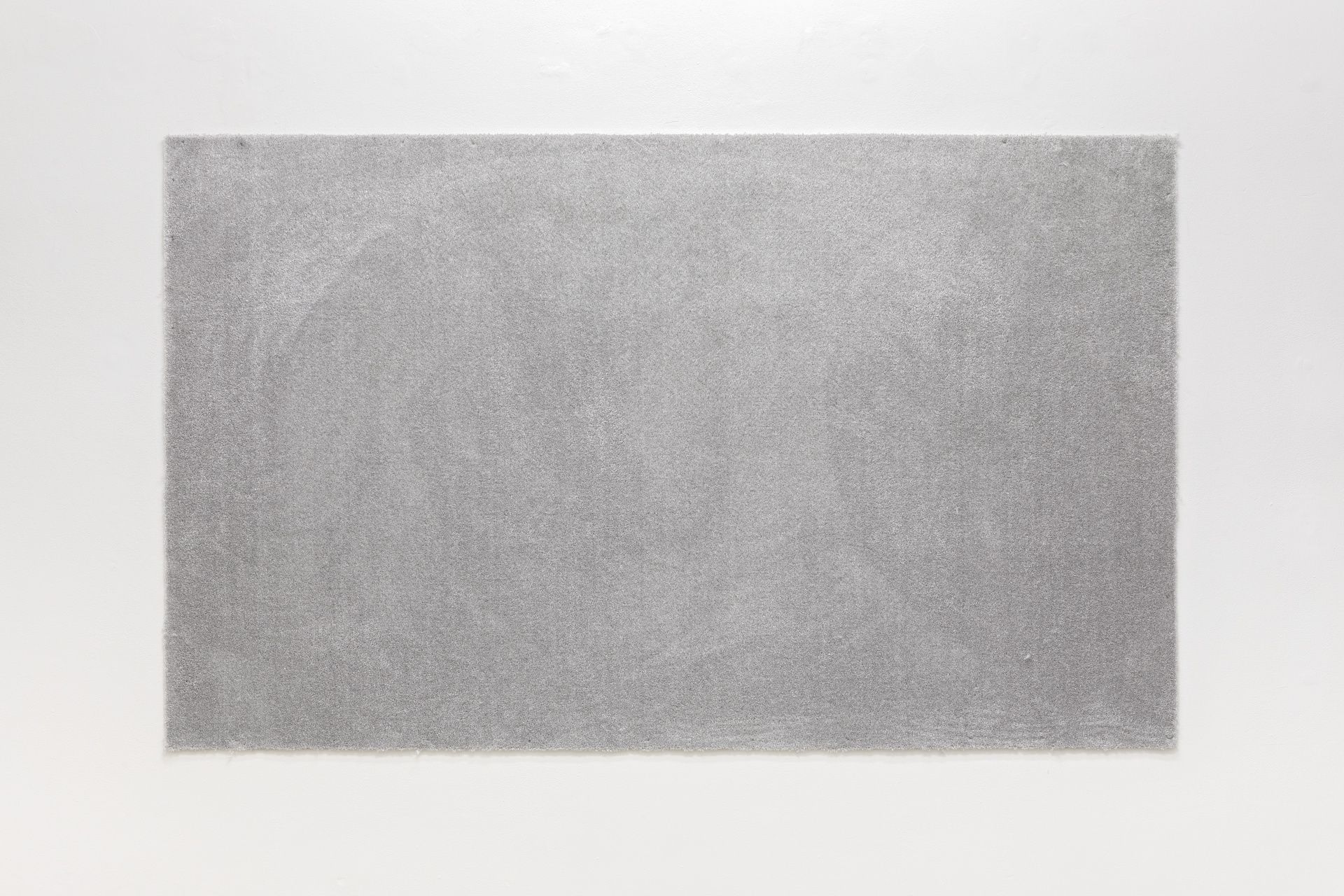 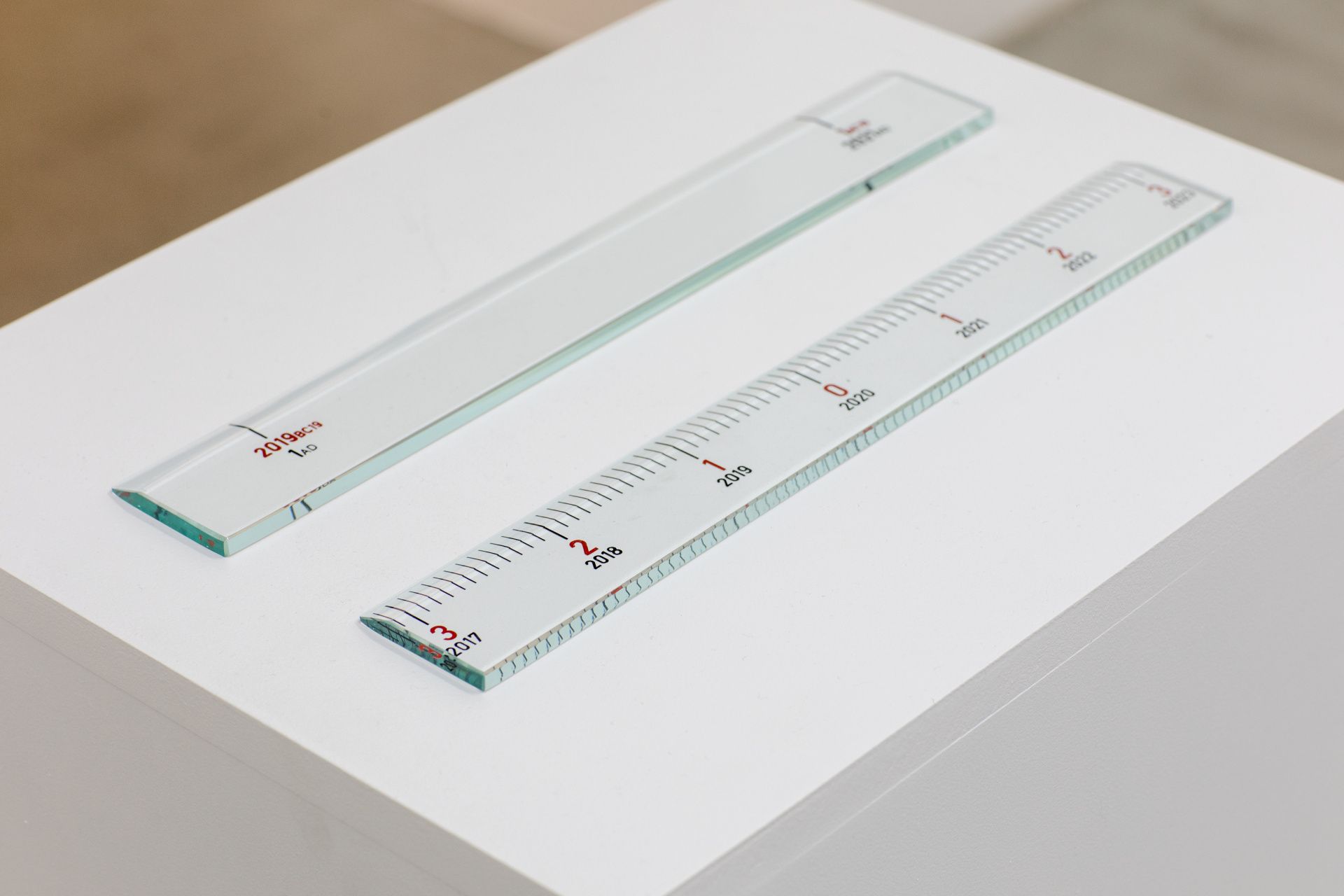 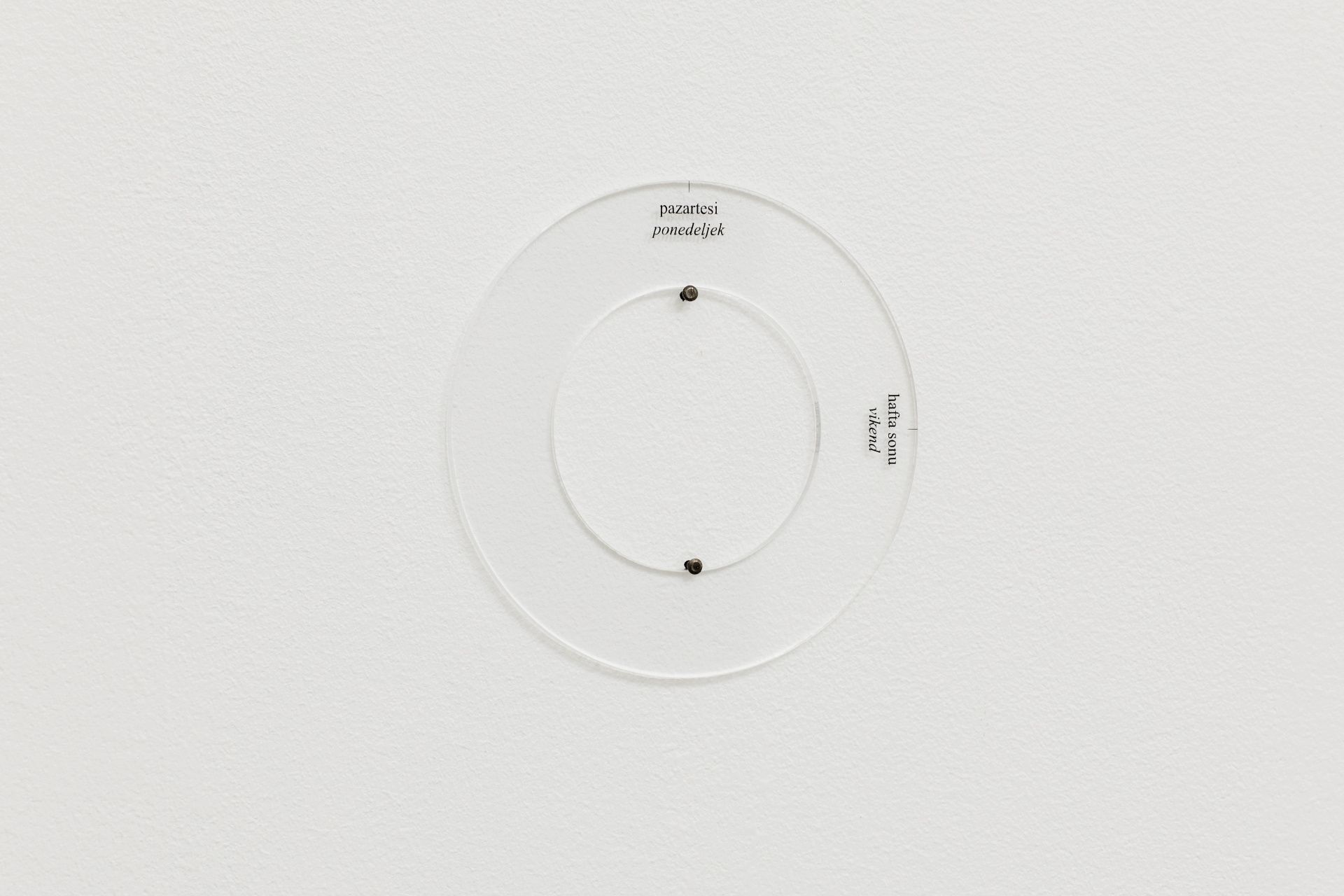 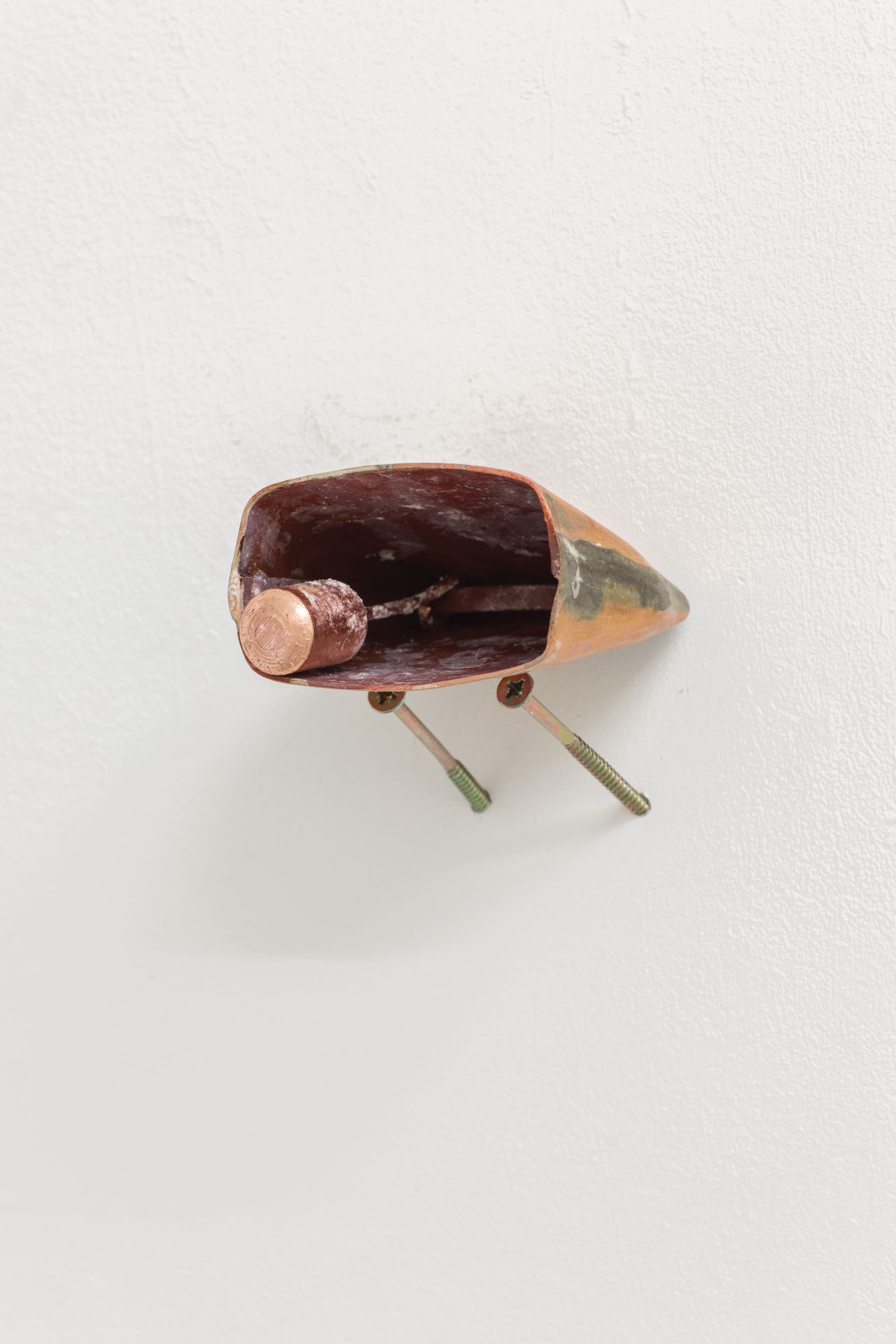 hunt kastner is very pleased to present a solo exhibition by the Istanbul-based artist Cevdet Erek,  with a series of works that incorporate elements of sound, architecture, rhythm, measured time, and site-specificity. Featuring existing work, as well as new productions made specifically for the context of the gallery space and the Czech Republic, Musıkî Müzik is part of an ongoing series of exhibitions that focuses on the work of artists whose visual arts practice is closely tied to the medium of music.

Cevdet Erek (*1974, Istanbul), studied architecture, followed by sound engineering and design, in Istanbul. He has exhibited widely, with solo exhibitions at the Arter Foundation in Istanbul, M HKA in Antwerp, Kunsthalle Basel, Spike Island in Bristol, Hamburger Bahnhof in Berlin, Art Institute Chicago, and is a recipient of the Nam June Paik Award. He has also participated in numerous international group exhibitions throughout the years, including the 20th Sydney Biennale, 8th, 12th and 14th Istanbul Biennales, 11th Sharjah Biennial, dOCUMENTA 13, and represented Turkey at the 57th Venice Biennale. Erek is also a drummer in the Istanbul-based experimental rock band Nekropsi and leads sound design and art related courses at Istanbul Technical University.

How to imitate the shoreline using two hands and a carpet, Cevdet Erek asks in one of his works on display, presenting both the instructions and the instruments needed to answer such a question (SSS – Sahil Sahnesi Sesi / Shore Scene Soundtrack, 2008/2021). At the same time, he offers a possible guide to his entire exhibition, which consists of such instructions-tools. This is precisely how the title of the exhibition Musıkî Müzik, displayed on the gallery signboard (Musıkî Müzik, 2013/2021), could be read. These similar-sounding words are based on the same ancient Greek term, but while musıkî entered Turkish via Arabic and refers generally to traditional Ottoman-period music based on the maqam system, müzik entered the Turkish language via a French detour and refers to music in general in the modern sense. Thus, in the juxtaposition of the two words, specific and universal identities are mutually destabilized. The two words seem to imitate each other without one causally preceding the other. With both words also arises a reference to some form of music, and not only in terms of meaning.

In Erek’s work, in fact, music plays a fundamental role, and it’s sometimes almost deceptive obviousness is enhanced by the biographical circumstance that the artist is, among other things, a drummer. Musical instruments, in general, can be considered special kind of tools. Of these, the various percussion instruments stand out in their own right because they most directly echo touch through rhythm, reduction and repetition. Many of Erek’s works are also included in this variety in a certain way that is not immediately obvious. Through imitation and touch, one can recognize basic types of relationships that correspond to figurative and direct connection or, in other words, metaphor and metonymy. Erek’s mimetic percussionism could then be described as imitation by touching or, conversely, imitation by resisting touch. On one of the walls hangs the frame of a Middle Eastern drum called a daf, made in collaboration with the musician and instrument maker Sami Hosseini. The metal rings are attached at regular intervals (Daf without skin, 2021) on the instrument, which lacks a resonating skin. While the drum loses its original purpose and becomes a visual display of cyclic time, other objects can adopt it. Hand blown glasses taken from the shape of goat and cow bells, are not used for drinking but as instruments for imitating the sounds of the animals in the distance (Çıngır / Jingle, 2012 and Cinkot / Jingle, 2021). The remains of the beverage ayran coat the inside of a regular wine glass, bearing the touch of animal milk, its texture reminiscent of weathered mountainsides. The original set of hand-blown glasses, several years old, is complemented in the current exhibition by a newly created series, made in cooperation with local artists in the glass workshops of Nový Bor. In his work, Erek works consistently with such repetition. When he imitates his earlier works, he shows repetition as a condition of possible change and imitation of himself as a way of not staying the same. The ability to recognize similarity is a prerequisite for the possibility of becoming similar, in other words, how to change.

The second daf on display departs from its percussive destiny even more strikingly when it is straightened out and takes the form of a kind of indeterminate ruler (Ruler Daf without Skin, 2021. Becoming a linear alternative to its circular counterpart, hung above, its metal circles temporarily lose their percussive qualities and create a visual musical notation for an 85-long-beat musical phrase to be played on a daf. Measurement represents a distinctive approach in Erek’s register of practices, but one that in his performance takes place as an imitation of time and a touching of space. It does not, therefore, serve as a means of political-geographical discipline and control. Rather, it ensures a distance from the immediate here and now without denying the necessary subjective situatedness. It is not about precision, but about the creation of a relationship, an opening up of space and time, rather than their binding focus. Other rulers presented in the Prague exhibition refer to the cyclical banality of the calendar (Circular Week Ruler, 2011/2019), as well as to the experience of pandemics, to their rhythmic history and to the noise of their ordinariness (Ruler COVID 19 Calendar, 2021; Ruler 2019 BC19 to 1 AC19, 2021). Established formats of representation, which include images alongside words, also appear here as measuring instructions-tools, as does the photograph of the empty space placed before entering that same space (Exhibition of Human Scale, 2021). Erek has been working with the emptying of exhibition spaces for a long time. Each time, he creates a different kind of emptiness. The present one serves primarily to obscure scale, while paradoxically affirming the importance of the lived experience, which necessarily remains anthropomorphic but successfully sheds its unwanted anthropocentrism. It is only when a visitor arrives at the door of the gallery that the empty space rings with the sound of a bell (Zvonek / Bell, 2021), the artist’s own doorbell specially adapted for the occasion of the exhibition by replacing its metal plates with glass duplicates. Erek’s prepared emptiness, in today’s time of uncertain accessibility of galleries, is thus not meant to anticipate the imminent absence of viewers, but is instead filled with the anticipation of possible encounters.

In attempting to approximate Erek’s works, then, there is perhaps nothing better than to imitate them without relying on any preconceived procedure to translate them into words (unless, of course, the entire text consists of onomatopoeia). Each line of this text could then be read as a ruler applied to the bending time of experience. Meanwhile, the sound of the words would at best empty out their meaning. They would become skinless drum frames that would henceforth be used for a game that would change with each repetition.