h u n t k a s t n e r is pleased to present the first gallery solo exhibition of the work of Adam Štech, a recent graduate of the Academy of Fine Arts in Prague. In this series of new paintings, as in his past work, Štech draws on influences and references he finds in classical painting. He deconstructs images and elements – gestures, postures, backdrops, landscapes and allegorical symbols – from reproductions of historical paintings, or even stills from classic films, dissecting and reconfiguring selected components. He collects, pores over, sifts through, and pieces the individual ingredients back together into new combinations and contexts, resulting here in vibrant, bold, Frankenstein-like grotesque portraits that possess a romantic nobility and eerie familiarity. The seven smaller oil portraits, hung on dark red-wine colored backdrops, reminiscent of the walls of a classic portrait gallery, take works by well-known portrait painters such as Holbein, Raphael, Titian, or even a kind neoGerman expressionist Vampire from the film “Dracula” by Francis Ford Coppola, as their initial starting point. Similarly, Štech’s larger and more narrative and epic-like acrylic paintings, stem from works such as “Zeus and Thetis” by Ingres (Cibule/Onion), a Renaissance “Madonna and Child” by a unknown German painter combined with imagery from Polanski’s film “The Ninth Gate” (LCF), or a combination of works from seemingly clashing eras and styles as in the painting Sasquatch, which adopts elements from English Romanticism, the High Renaissance and modern film. The artist doesn’t attempt to reproduce these classical works in any formal way, but rather creates a „remix“ – as the art historian Petr Vanouš terms it: a „stylized remix“, „visual sampling“, or „VJ-ing”. Like a DJ he picks out bits and pieces from his large and varied collection of – in this case visual – material (most of which he has found and collected while surfing the internet) and fuses them back together in new combinations and formations, creating completely new and original works. The end result might initially come off as spontaneous, haphazard, or crudely slapped together, but is in fact is very well thought out and calculated, with a precise skill in the selection, sequencing and proper mixing. 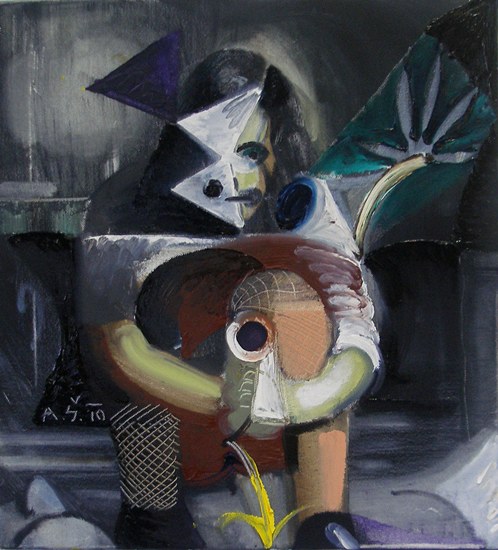 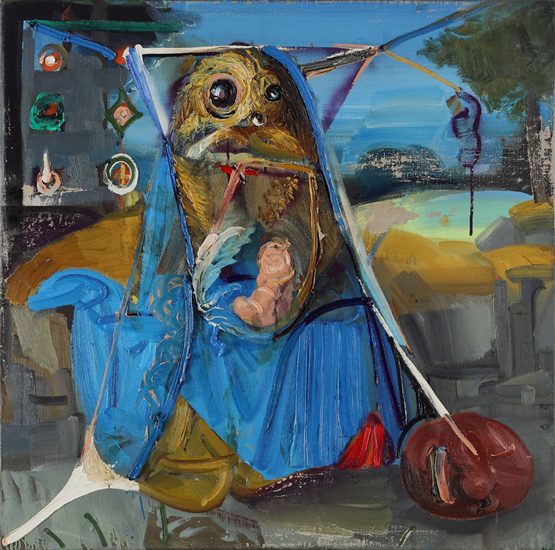 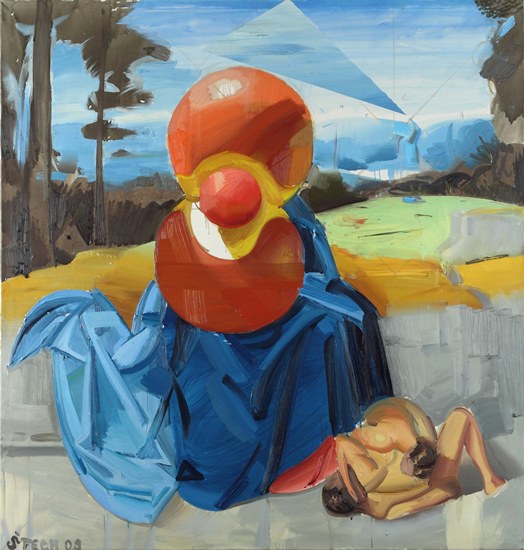 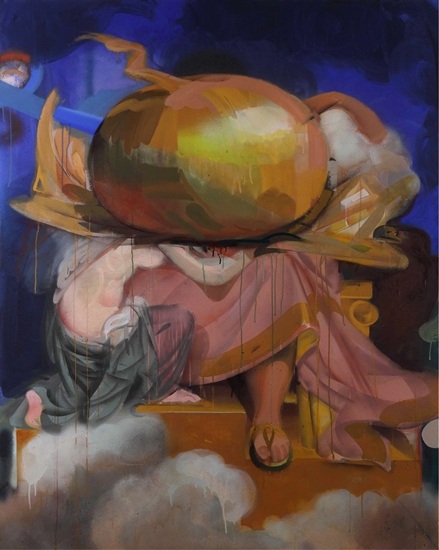 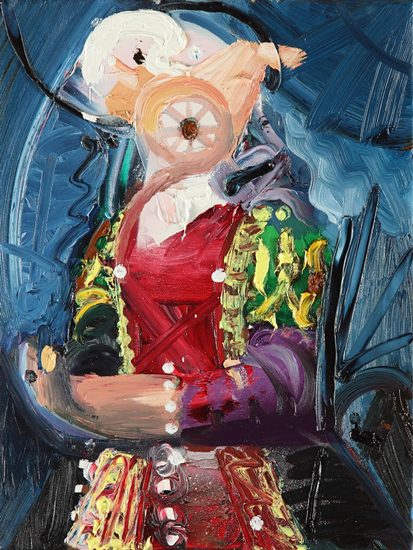 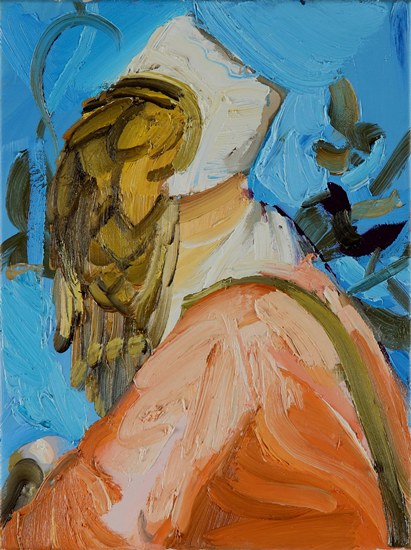 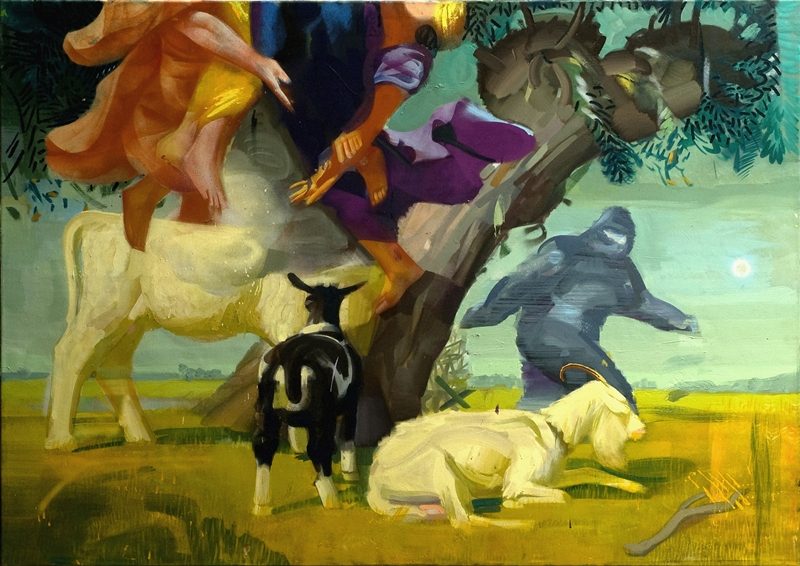