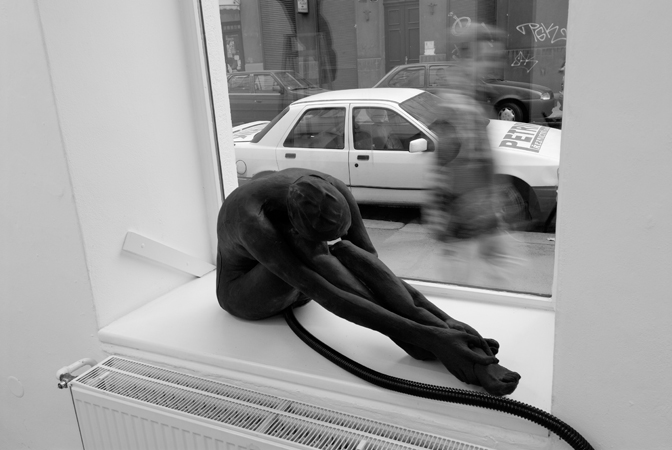 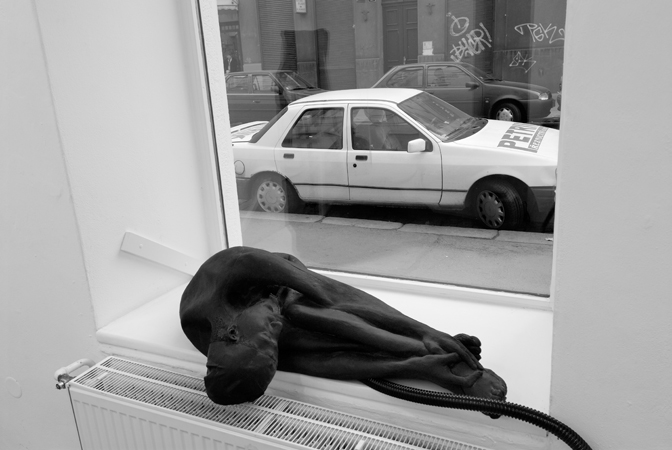 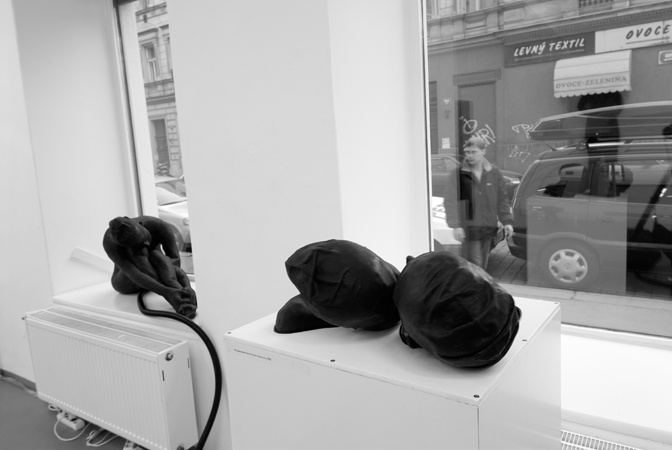 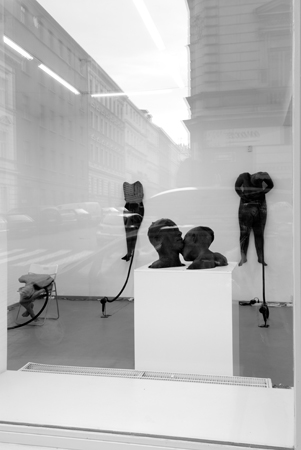 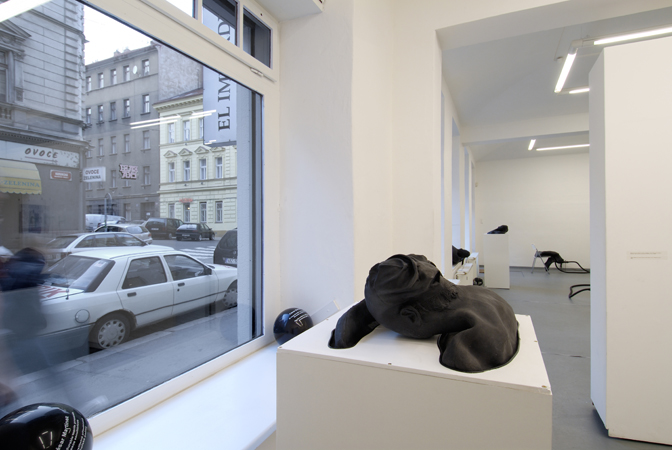 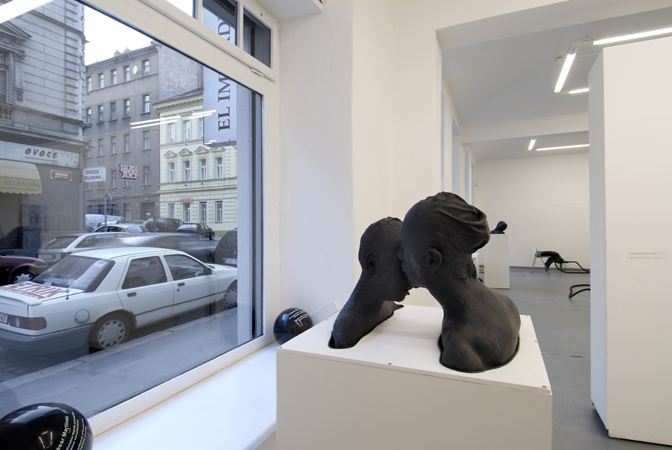 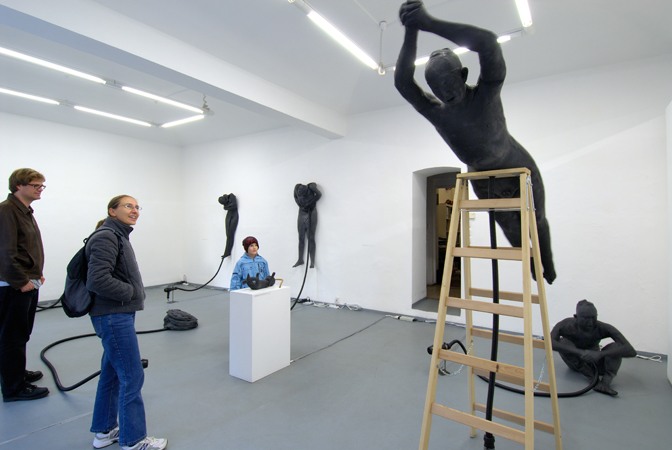 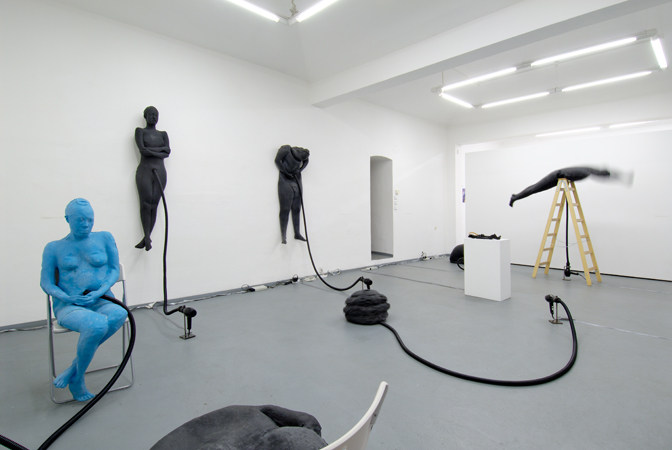 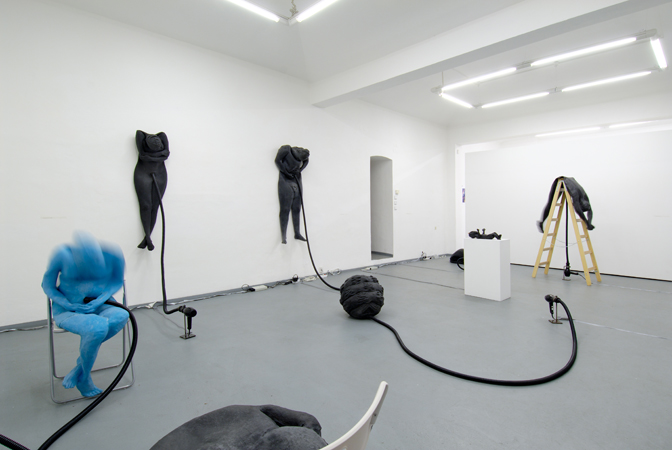 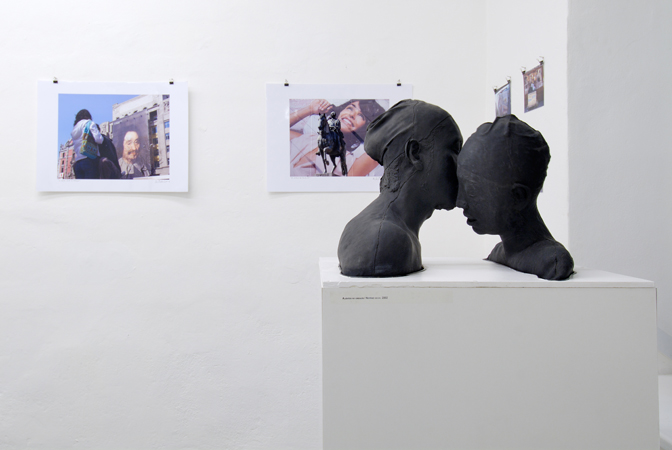 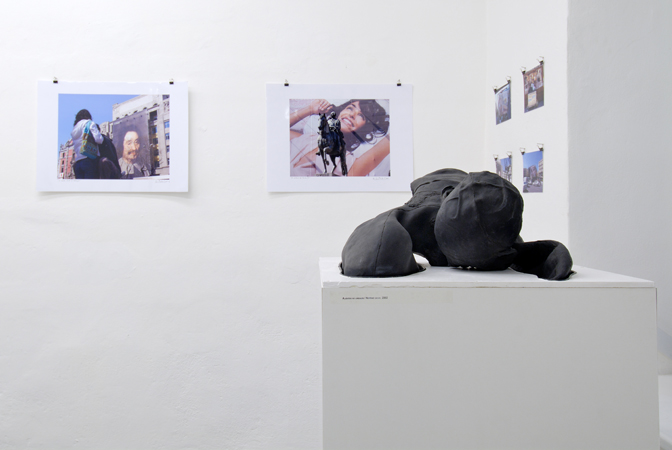 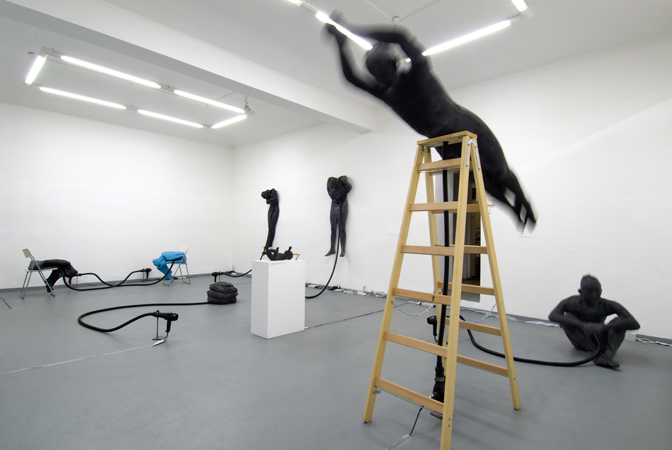 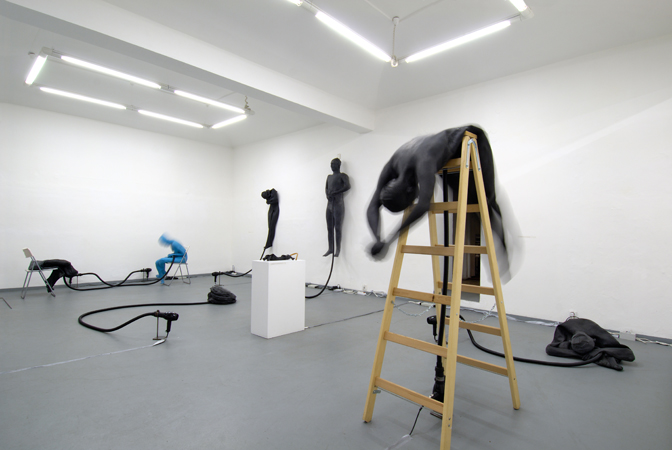 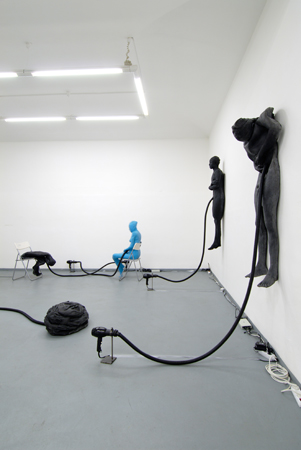 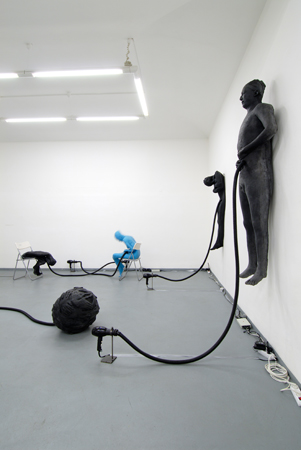 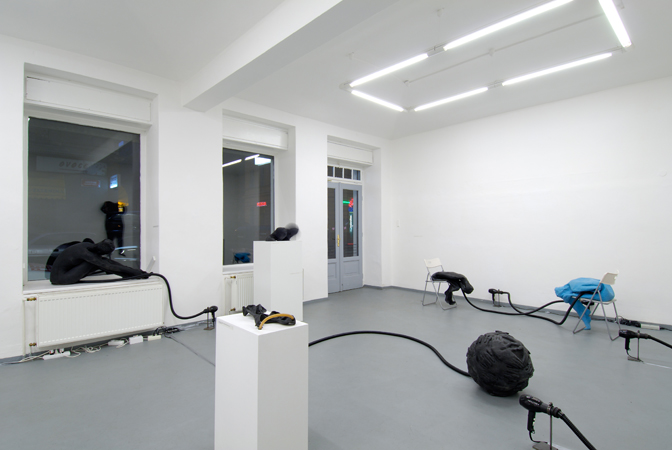 “Air is the body of the soul, the unsubstantial matter of life. The basic transfer of hydrogen atoms from donors to receivers...It is also the breath that reduces and expands us. Nitrogen and oxygen; life’s equation. This is where my interest in inflatable sculptures, soft sculptures, blown sculptures, comes from.“

hunt kastner presents the exhibition El imperdurable mente presente (Temporary Present) featuring the innovative Breathing Sculptures by the Mexican artist César Martínez. The exhibition, which will open on October 16 th and run through until December 16 th , will feature a series of grey latex figures which have been molded on real people and sculpted into life-like figures which constantly inflate and collapse before our very eyes.

Martínez’s sculptures are automatically pumped with air every 30 seconds and as they inhale the latex bodies inflate to full capacity – the figures transforming themselves from empty heaps of rubber to come alive as life-size figures. Once at full capacity they collapse, breathing out the life giving air and returning slowly to the mysterious dead heaps and the cycle renews and begins again as the cyclical rotation through life’s path.

Air is the focus of the exhibition and as Martínez explains the same air that gives us life also kills us. His vision is understandable when we realize he is originally from Mexico City, one of the most polluted cities in the world. His work also reflects on our autonomy or lack thereof and the necessary yet numbing effects of repeated actions – while breathing and “alive”, the sculptures are at the same time locked into their monotonous movements and tethered to their breathing tubes.

César Martinez is an established artist whose work has been exhibited widely and is represented in collections throughout Europe and the Americas. His unique creativity is expressed through a wide range of unusual materials – since the 1980’s Martinez has been creating art in gunpowder, dynamite, chocolate, wax, jelly and rubber. He is the author of over 150 art performances and a number of special projects – of note is “Piedad Entubada, amplified visual ecology”, 2002 which consisted of painting the piped area of the Piedad River in Mexico City with water motifs along a length of 8 kilometers. Born in 1962 in Mexico City, Martínez studied at La Escuela Nacional de Pintura, Escultura y Grabado La Esmeralda in Mexico and received his doctorate from la Universidada de Castilla la Mancha in Spain. He currently lives and works in Madrid. The exhibition is organized in cooperation with the Mexican Embassy in the Czech Republic and supported by the Ministry of Foreign Affairs of Mexico.