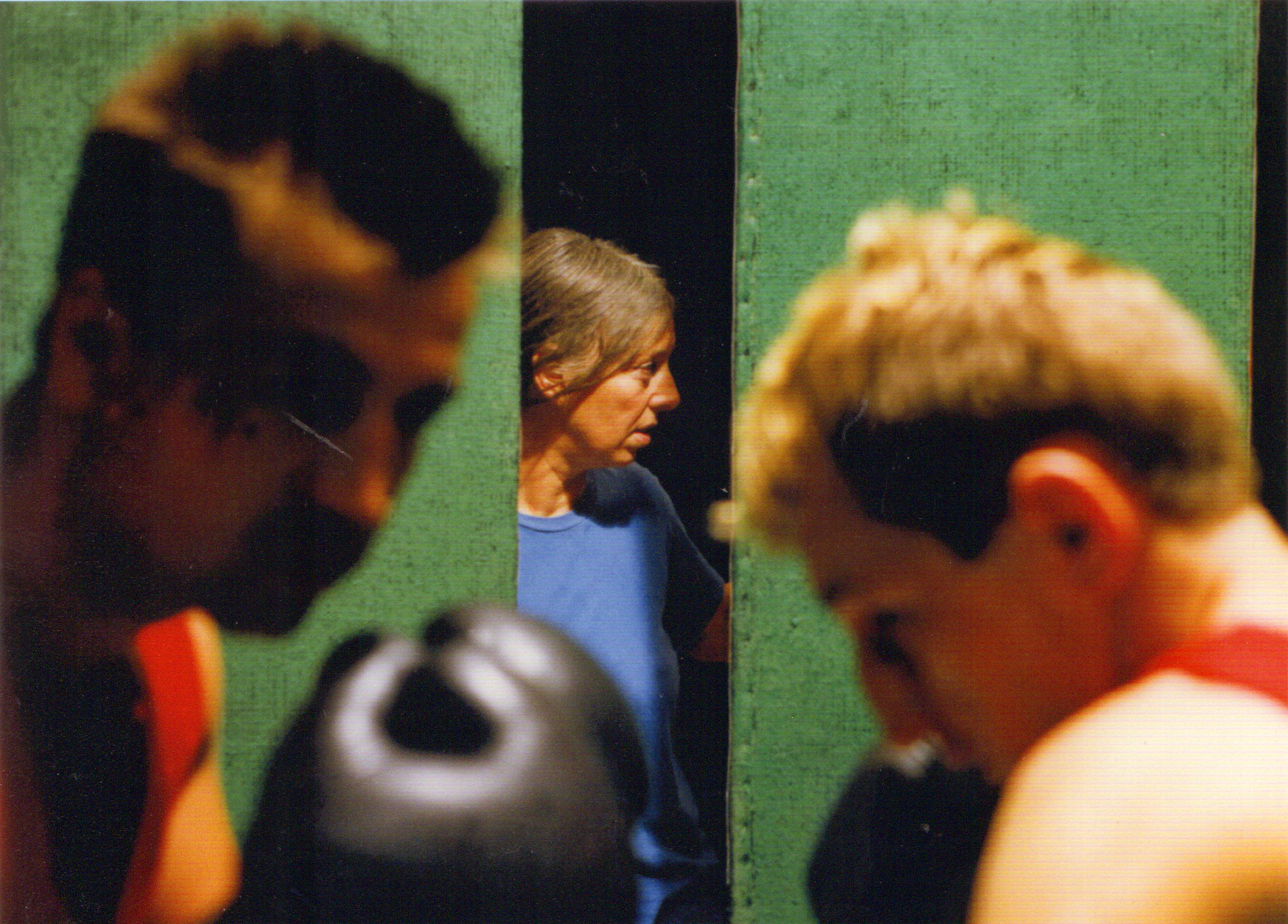 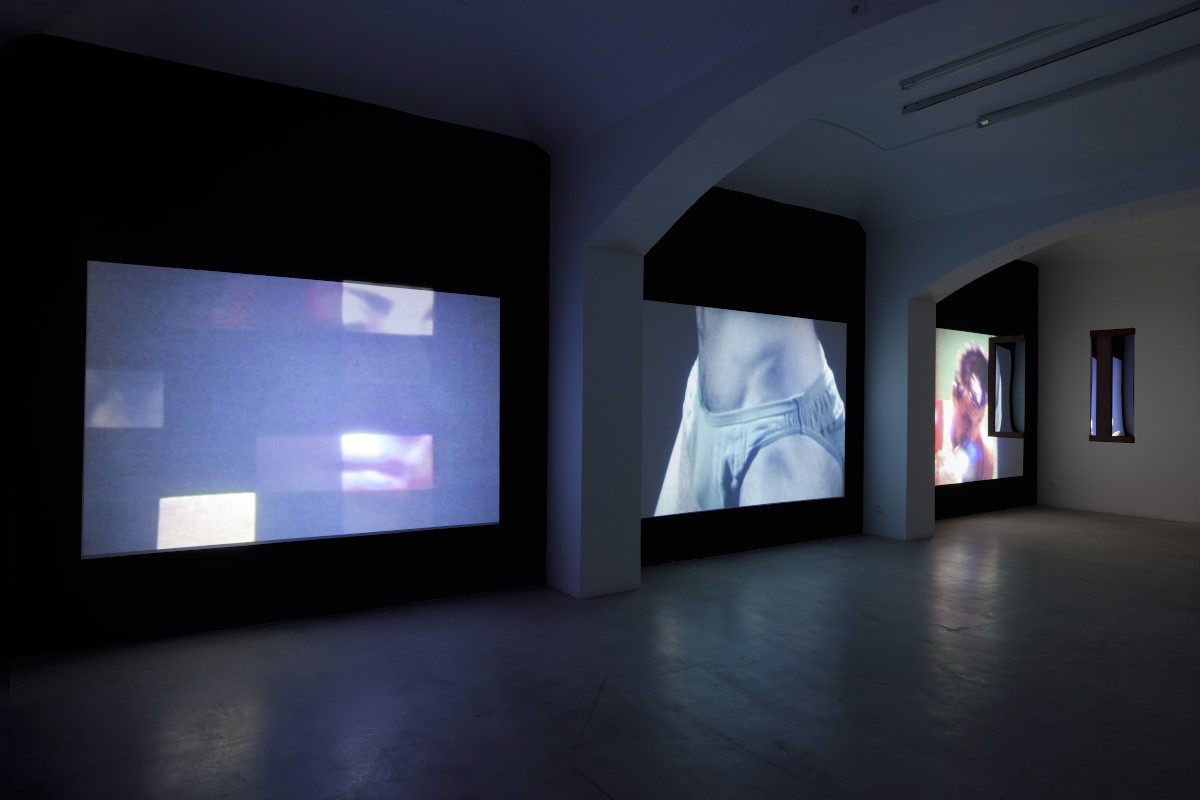 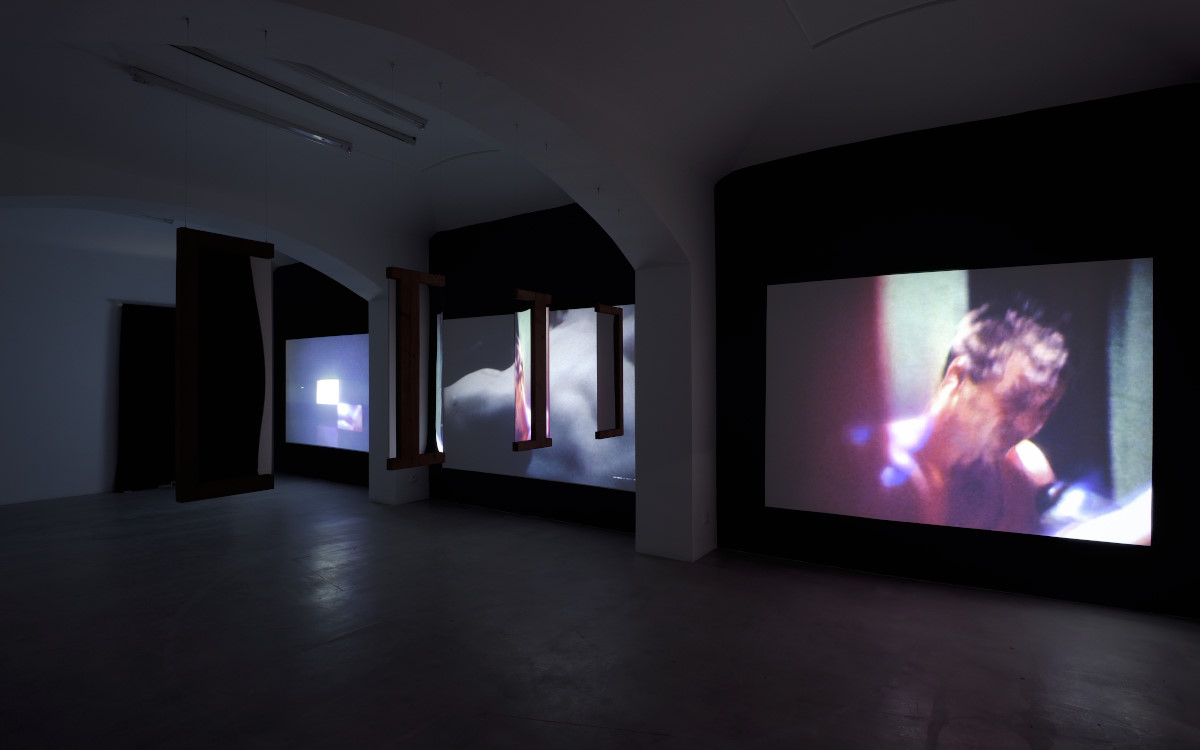 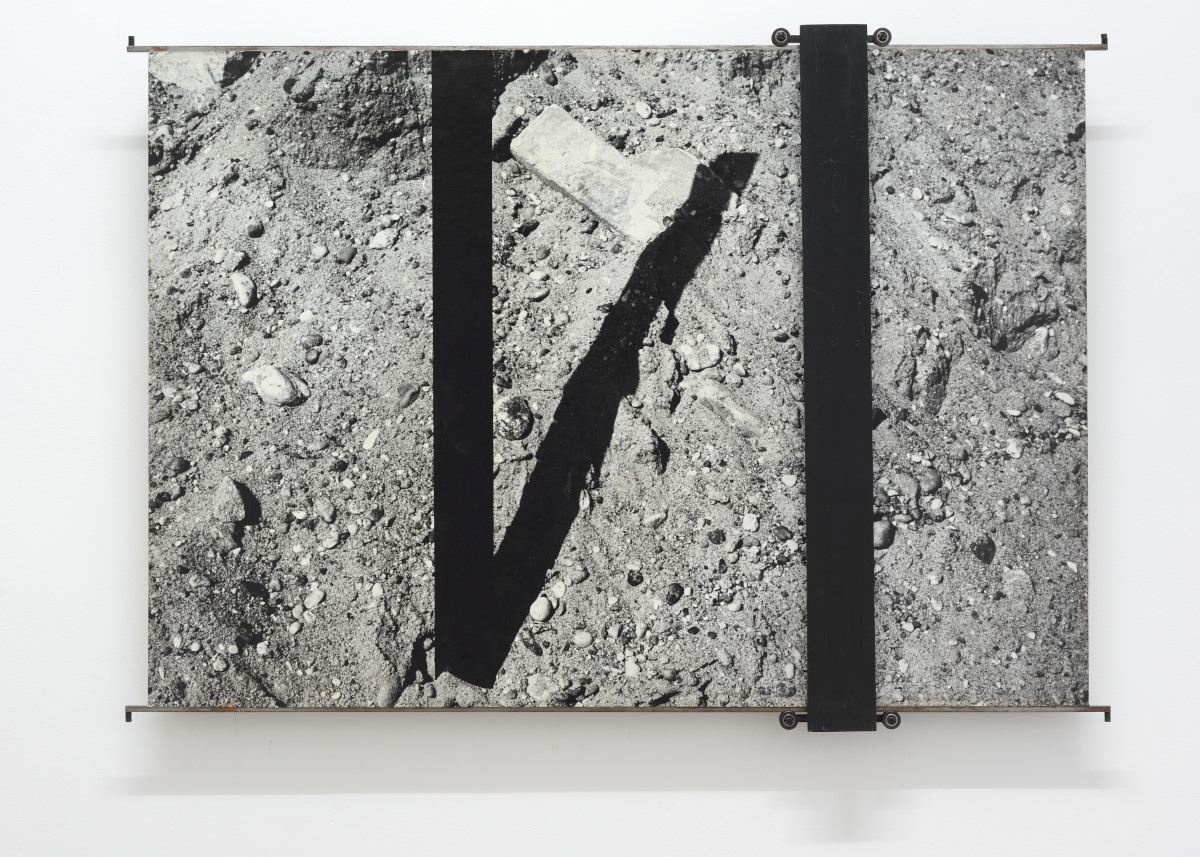 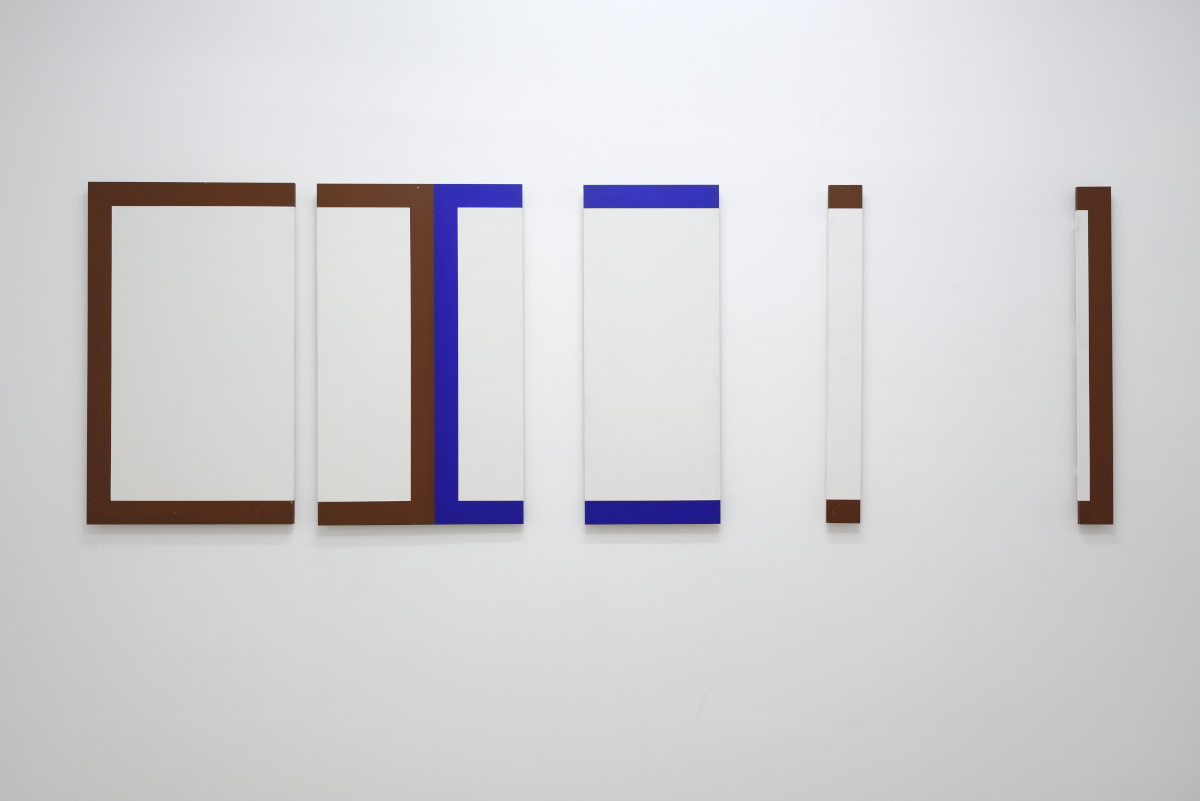 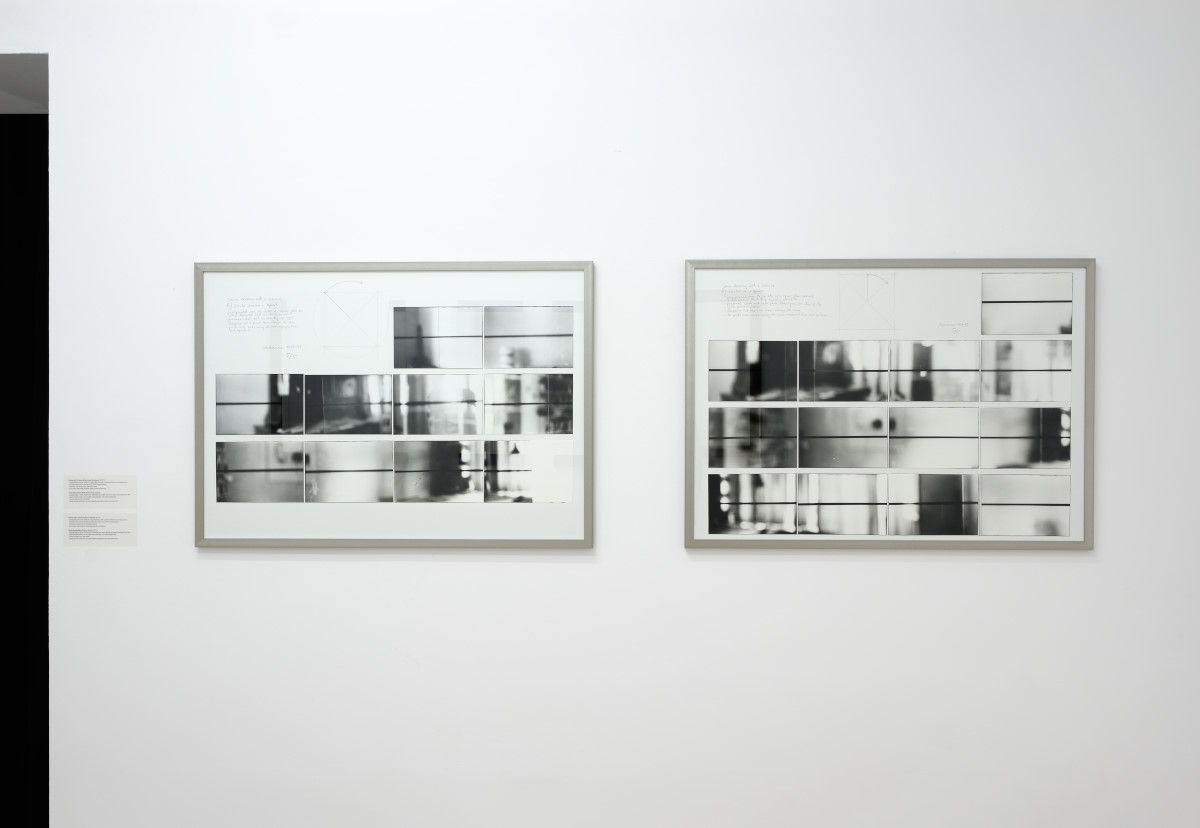 dóra maurer, drawing with a camera, 1979 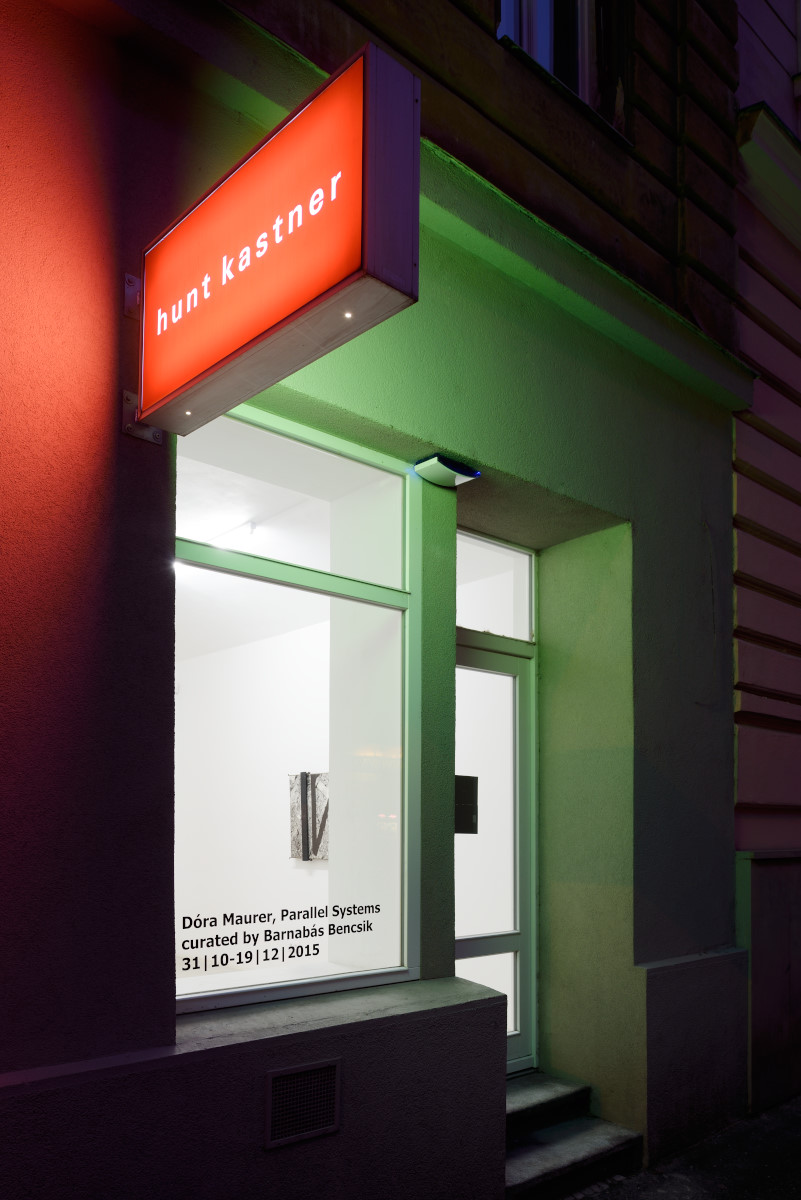 Since the early 1970s Dóra Maurer has investigated the relationship between space and movement through the use of sequences of images, geometrical structures, signs and colors. Early on in her practice, she moved from experiments in print-making to highly conceptual photography, structural film and process-based drawing. Working in a wide range of mediums, she creates works based on rigid mathematical and conceptual processes guided by an empirical approach to conceptual problem-solving. Apart from the geometrical systems and forms which are the basic elements of her compositions, she often incorporates the human face and body in her work as she explores the dynamic balance between the static and the moving image as related to its representation.

Dóra Maurer’s first solo exhibition in Prague is comprised of earlier works from the 1970s and 1980s representing the wide variety of media that she consistently worked with throughout this period, demonstrating and systematically scrutinizing the  motives and ideas that have been the ongoing focus of her artistic attention and praxis over the years. The title of the show, “Parallel Systems”, relates to leitmotifs that are relevant in all of the exhibited pieces – a confrontation between the different order of systems, the overlapping of divergent formal and mathematical patterns and the sensual experience of perceiving the disturbed, fragmented and constrained images of reality.

Her experimental 16mm color film from 1989-90 entitled Inter-Images 1-3 consists of three independent works exploiting the visual effects of the zoetrope (one of several pre-film animation devices that shows a rapid succession of images producing the illusion of motion), where she analyzes the nature of visual perception from three different dimensions. The first film, “Retardation”, presents the portrait of a woman as she turns her head, a gesture lasting a single second and recorded in 25 frames. All of the 25 frames are further fragmented into 25 fractions and are shown in varying sequences with each single frame repeated 10 times in rapid succession.  The viewer‘s perception is disturbed by the effect, which is reinforced with a sound track determined by the algorithm of the flashing fragments. The film in the center of the installation, entitled “Streams of Balance,” shows a male body performing a solitary, ritualized dance in slow motion. The camera does not follow the movements of the body, but instead has its own detached horizontal and vertical narrow path determined by a pre-calculated sequence. The third part of the cinematic triptych, called “Anti-Zoetrope,” refers to and inverts the logic of the ancient tool for creating motion pictures through animated still images. Contradictory to the zoetrope’s intended visual effect, in this film we can observe a dogged and exhausting boxing match in the center of the image that is constantly interupted by rotating partitions (which play the role of the covering in the zoetrope’s structure). As we view the action from the center and peeping through the rifts, the intense motion of the struggle becomes virtually motionless.

Another group of works in the exhibition (Five out of Three from1979 and Four out of Three from 1976) works with the mathematical pattern of shifting, called displacement, which Dóra Maurer uses to create sequences of identical forms – squares – and confronts these systems with sequences and elements of different proportions. The interaction between the two consistent systems, between the regular shape of squares and the irregular proportions of rectangles creates a playful and visually enigmatic progression. The intellectual delight of the beholder arises from the experience of identifying the order of the system as the mental activity virtually reconstructs and completes the missing parts of the fragmented series.

The series of black and white photographs exhibited are two variations of a photo-experiment based on the same conceptual basis but realized in a slightly modified version. “Circle in the Square” and “Circle around the Square” are part of the series which consisted of several conceptual photo-sequences, entitled “Drawing with a Camera” and was realized in 1978-79. In this case, Dóra Maurer used the same idea of the circular, or panoramic motion, of the camera tracing the space around as it appears in an inverted way in the anti-zoetrope film shot. On the panel next to the lines of photographs the artist explains the process and the method of the action in a hand written text completed with a small diagram helping us to understand the core concept.

Dóra Maurer (1937, Budapest), one of the leading figures of the Hungarian neo-avant-garde generation since the early 1970s, graduated in 1961 from the Painting and Graphic Faculties of the Hungarian Academy of Arts. Her experimental films and series of conceptual photographs have been recognized and lauded both at home and abroad. In addition to her artistic practice, she is deeply involved in pedagogical and curatorial activities: between 1975-77, she collaborated with Miklos Erdely as the leader of the informal study circle Creativity Practices at Ganz-Mavag, Budapest and she has been teaching at the Hungarian Academy of Arts since the 1990s. Her work can be seen in the most important exhibition venues all around the globe and is included in private and public collections including those of MoMA, the Tate and the Centre Pompidou.