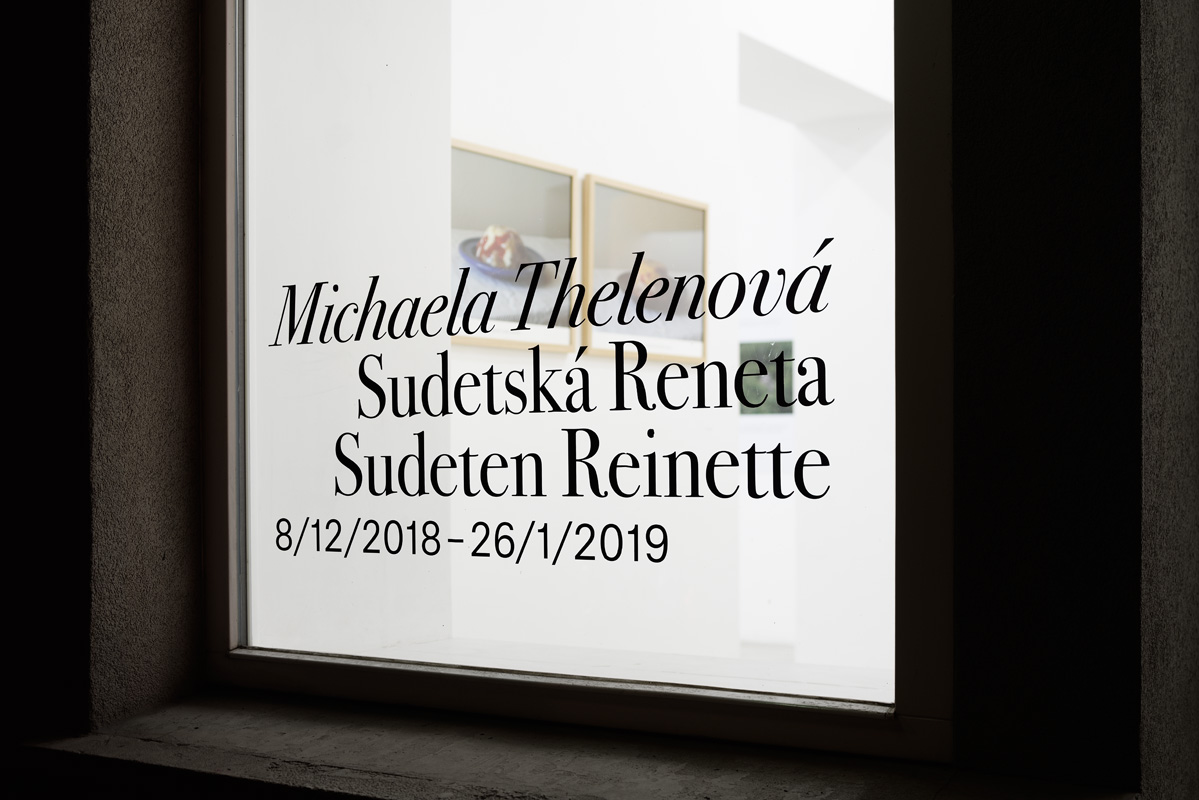 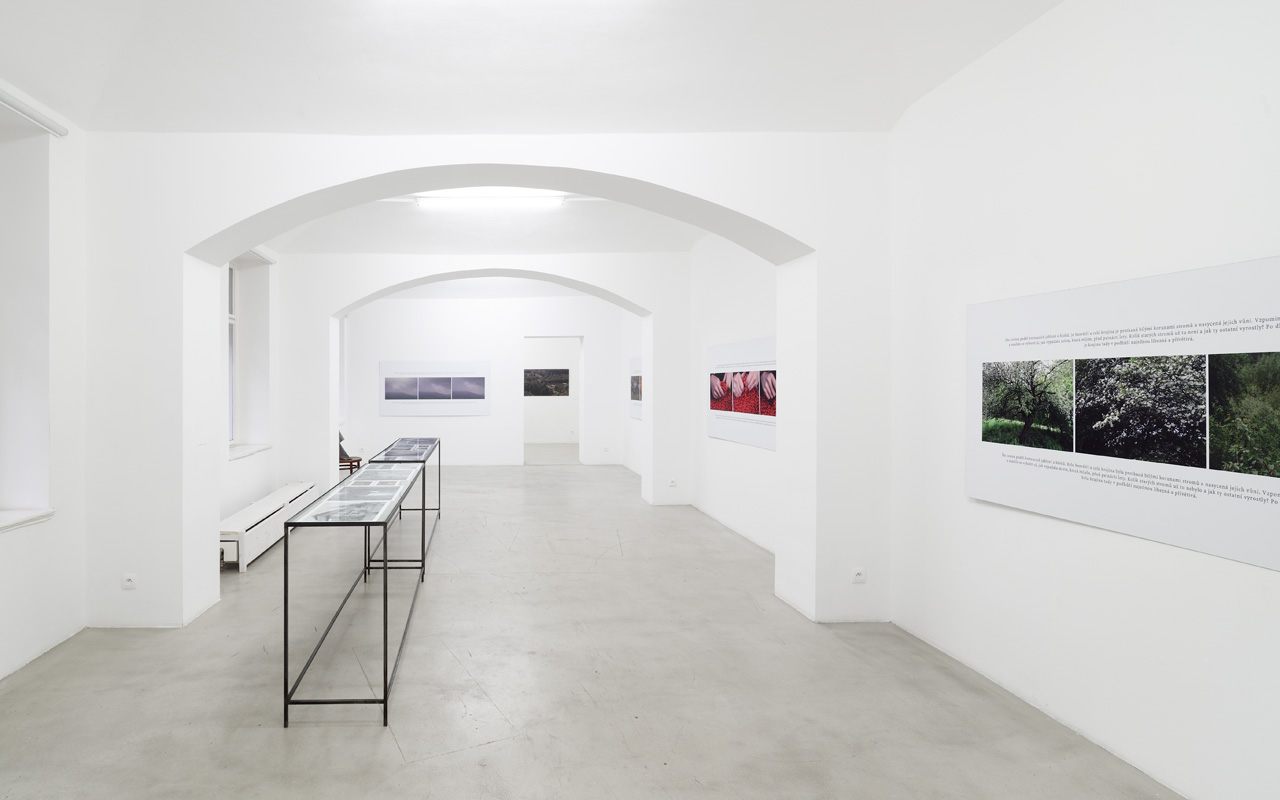 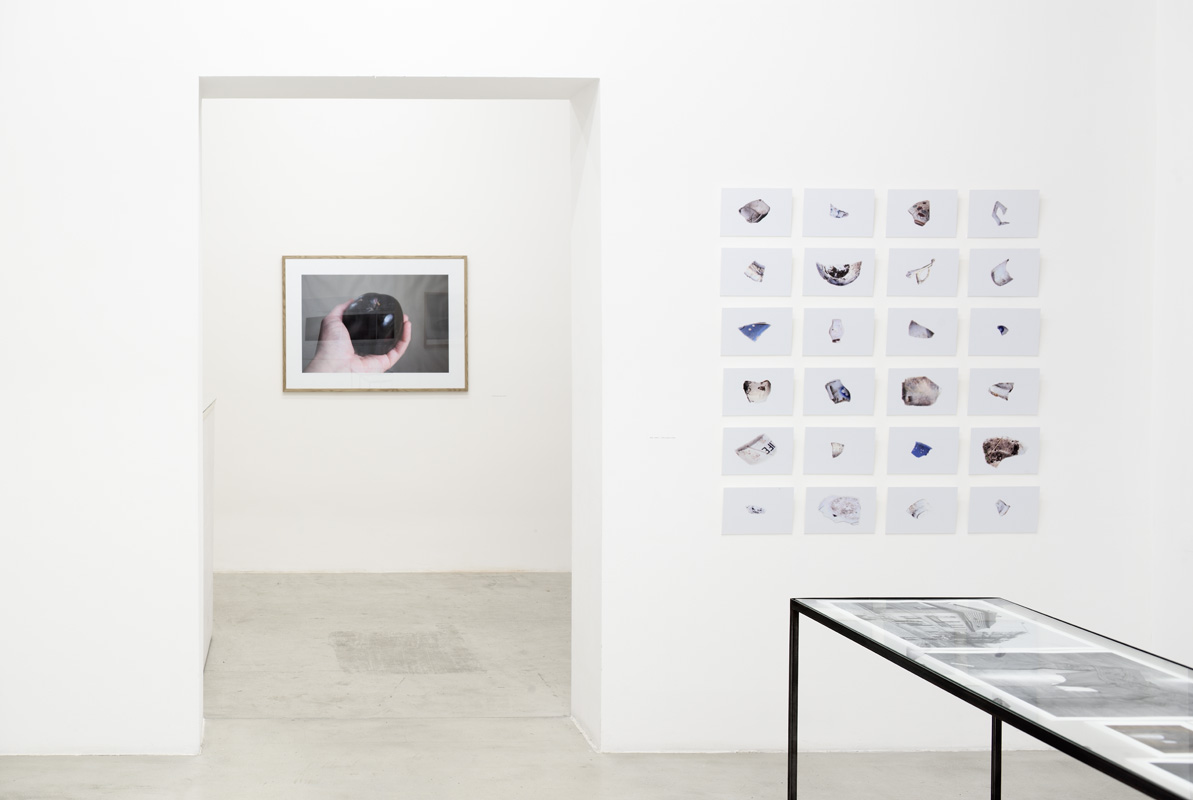 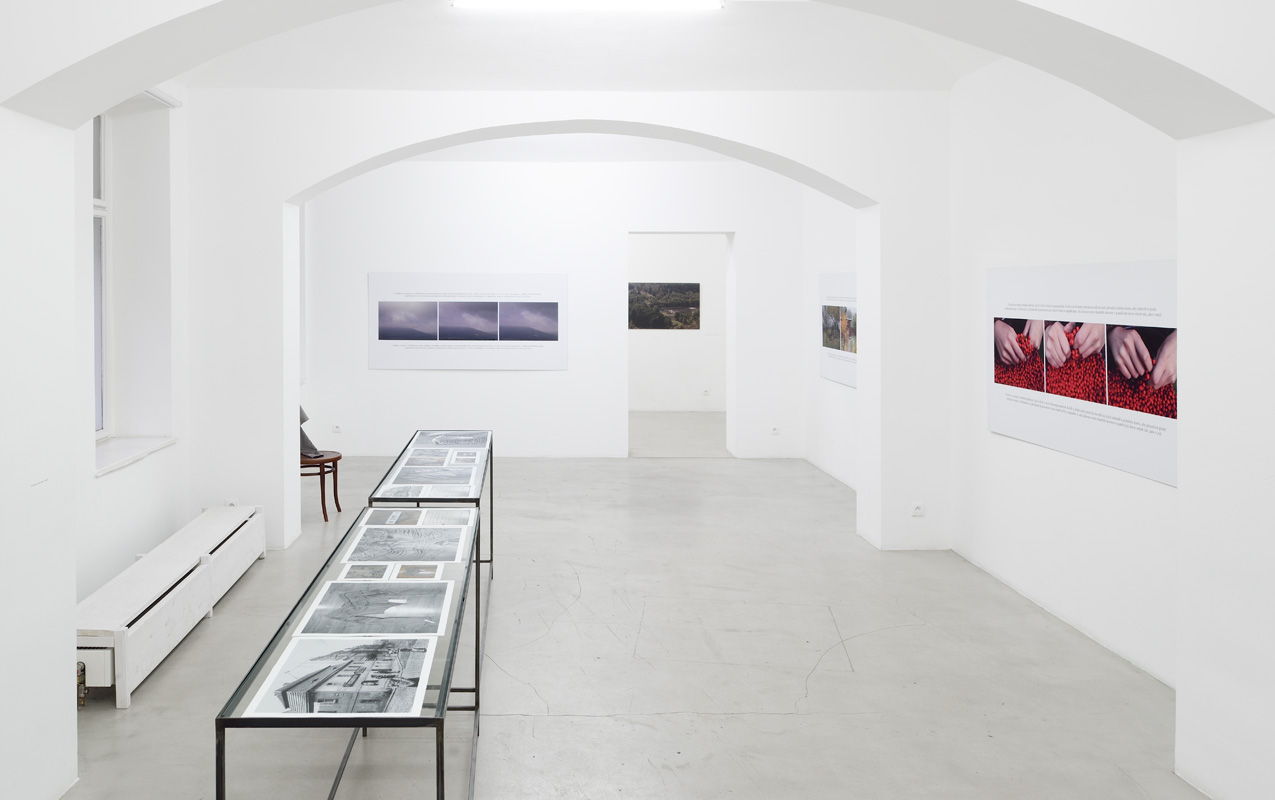 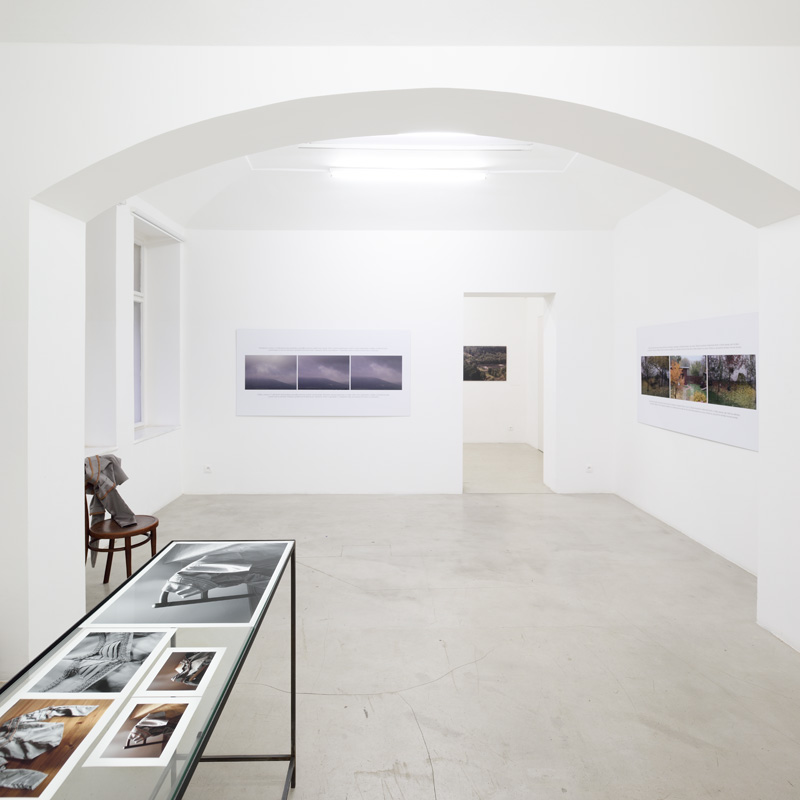 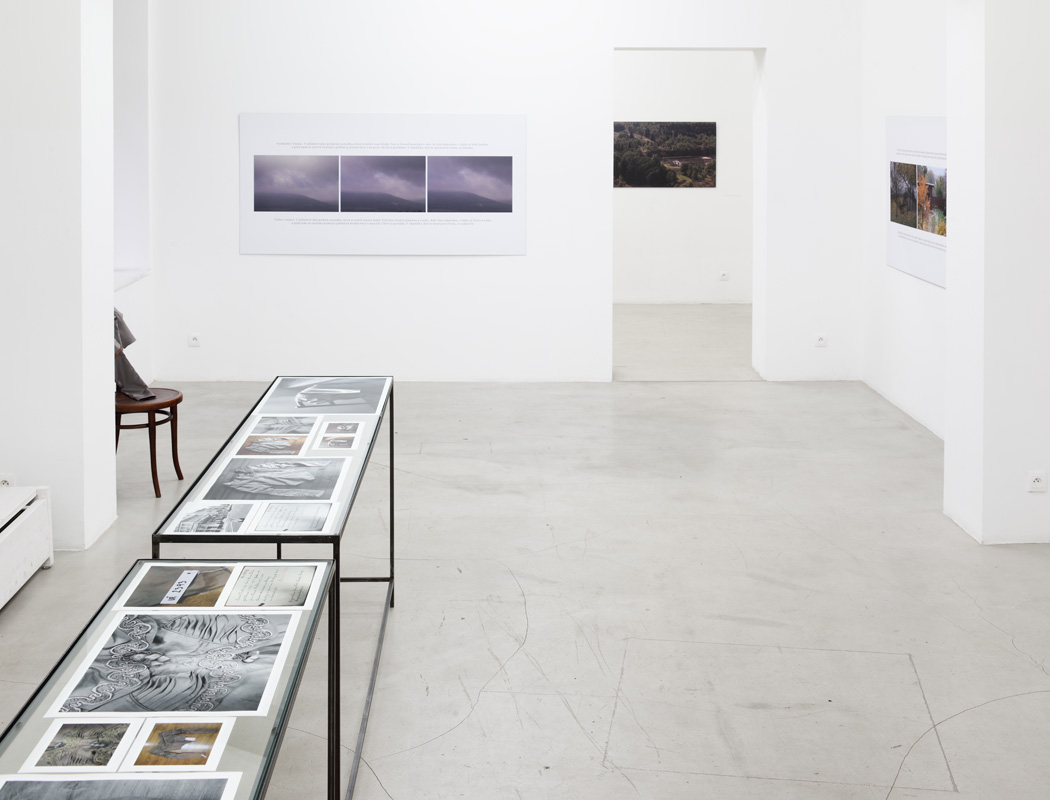 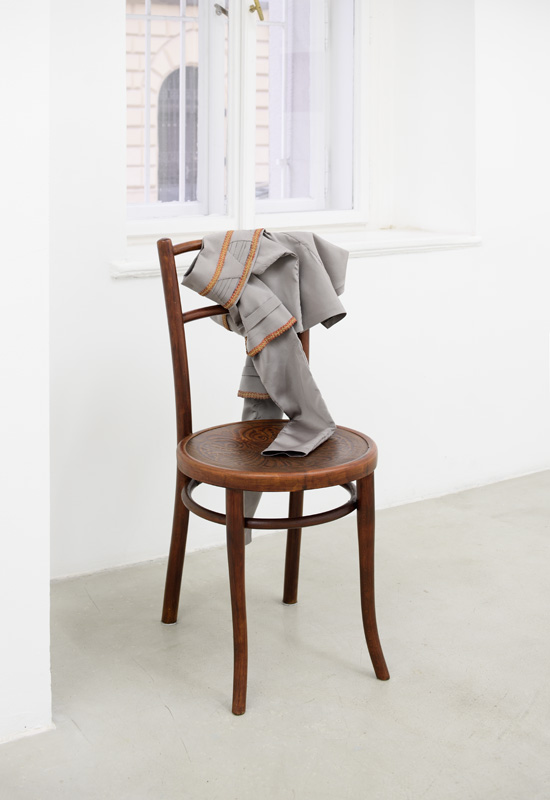 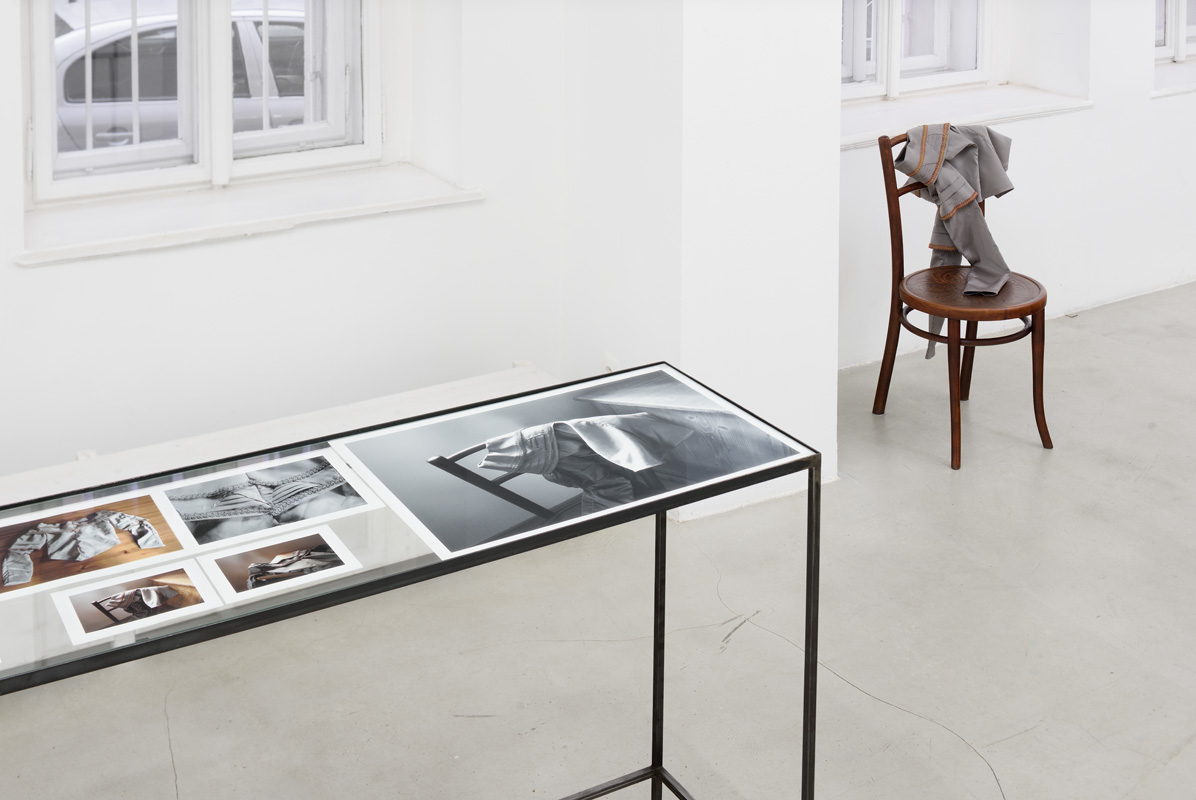 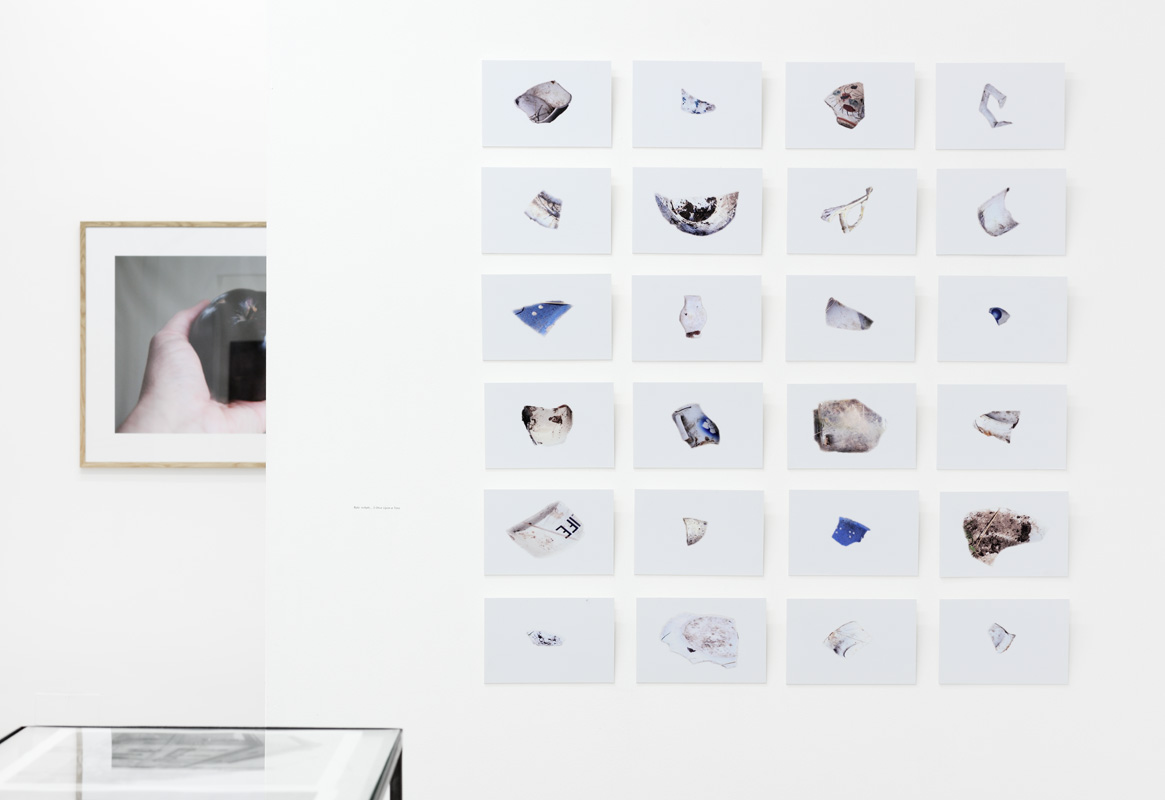 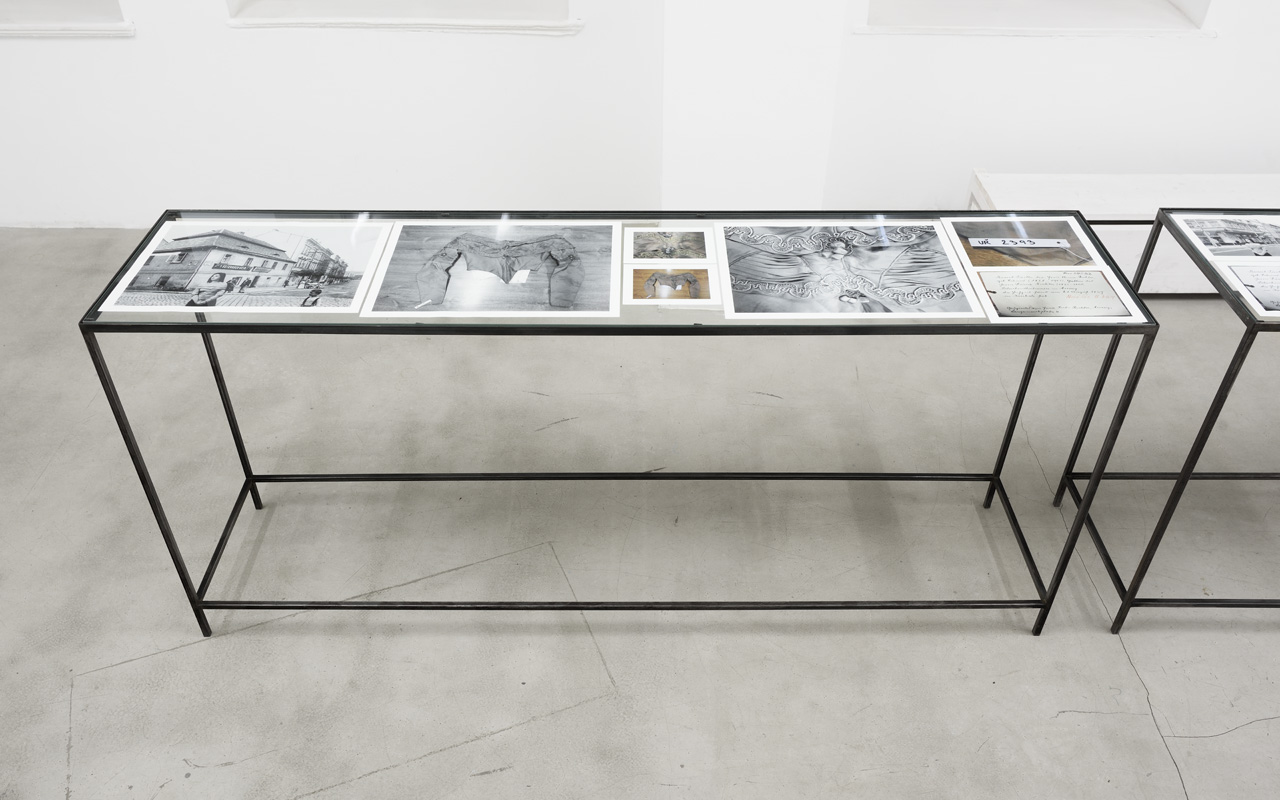 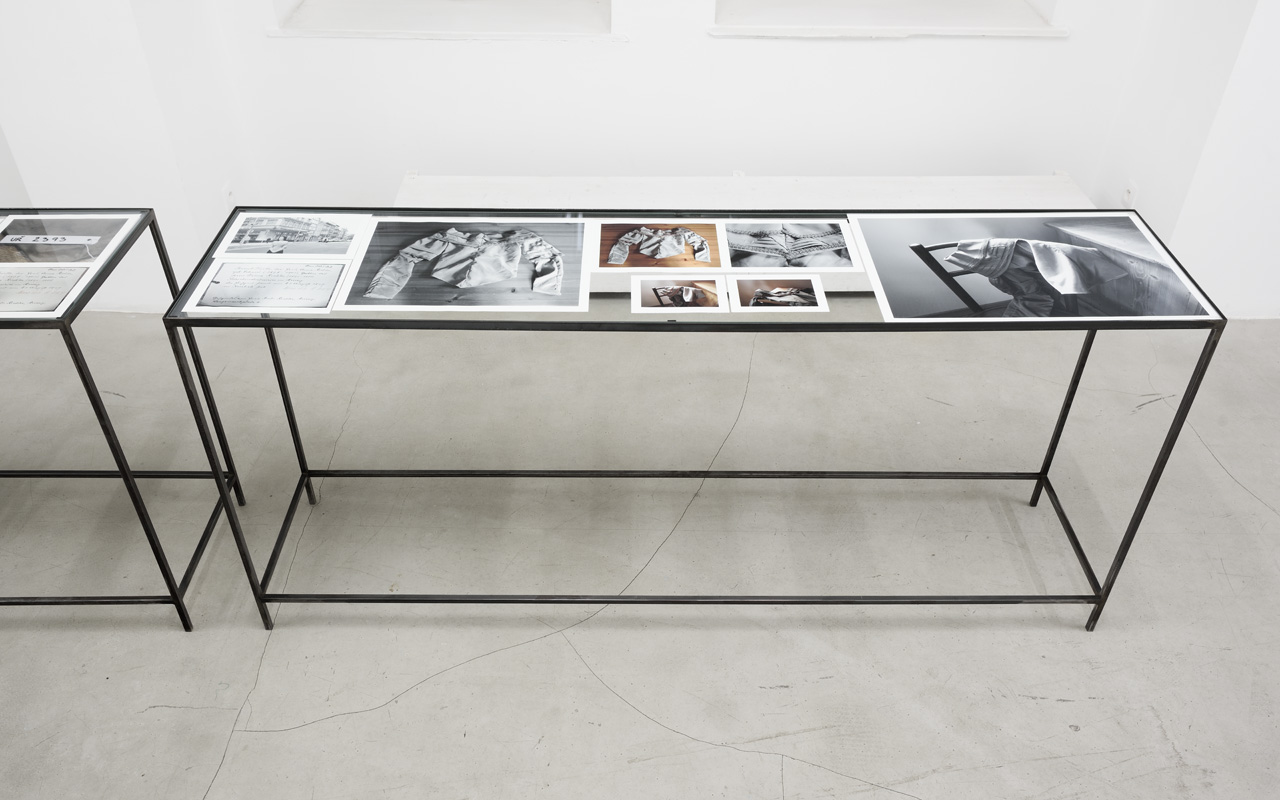 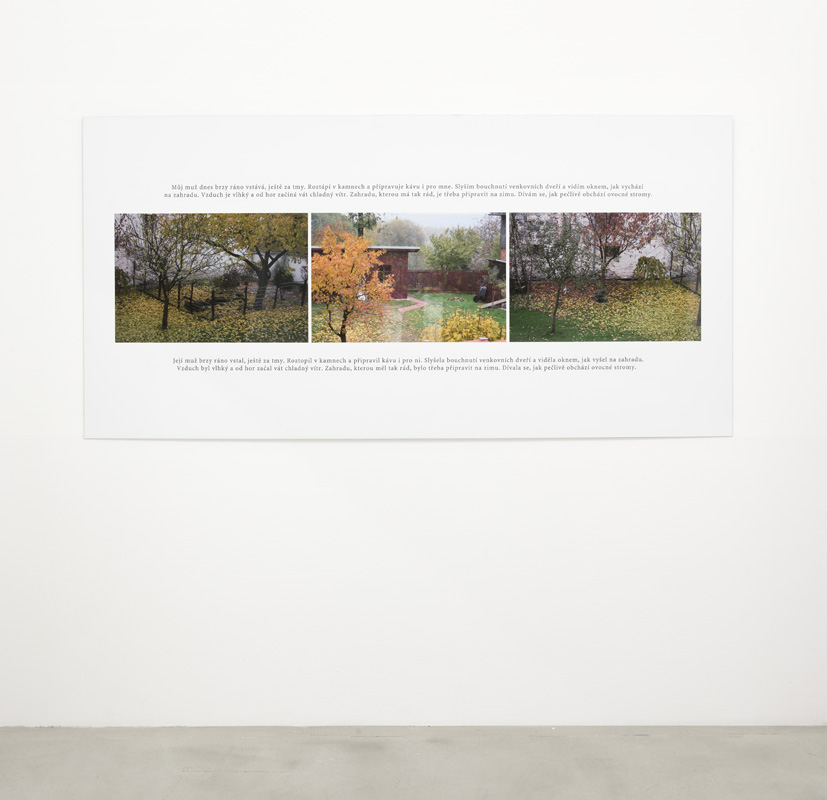 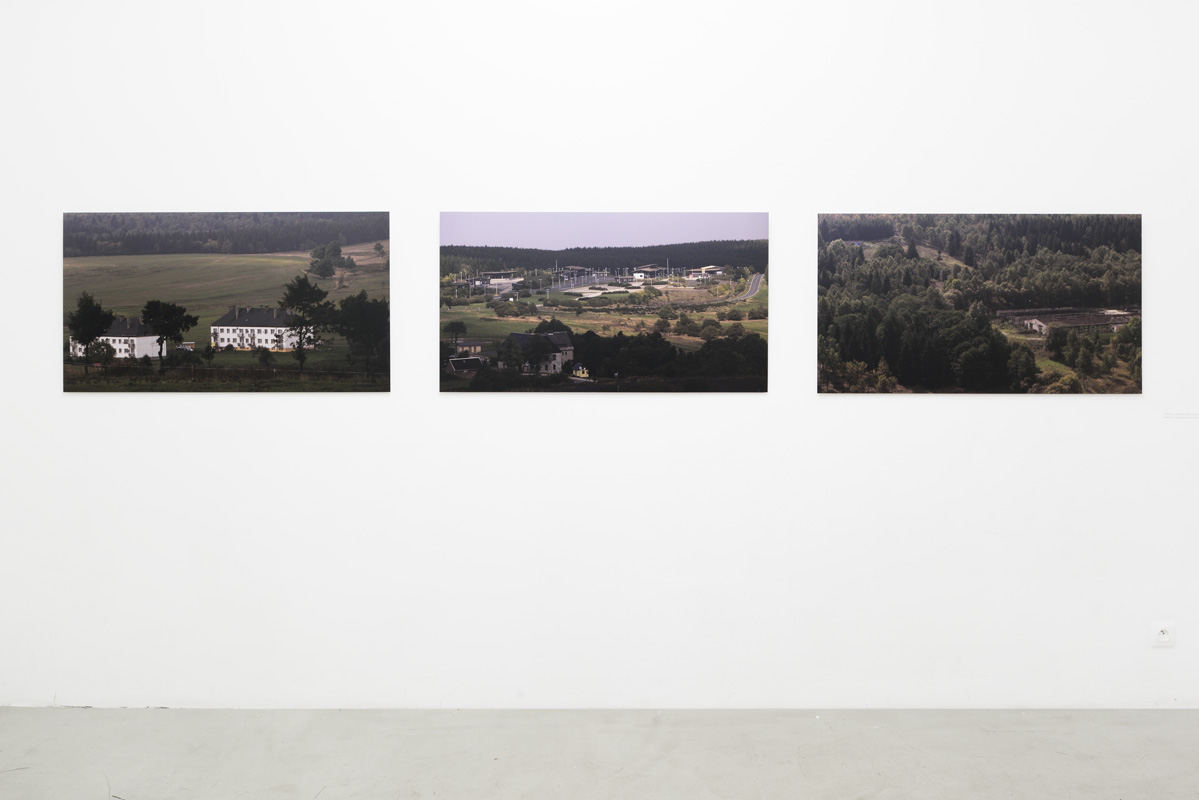 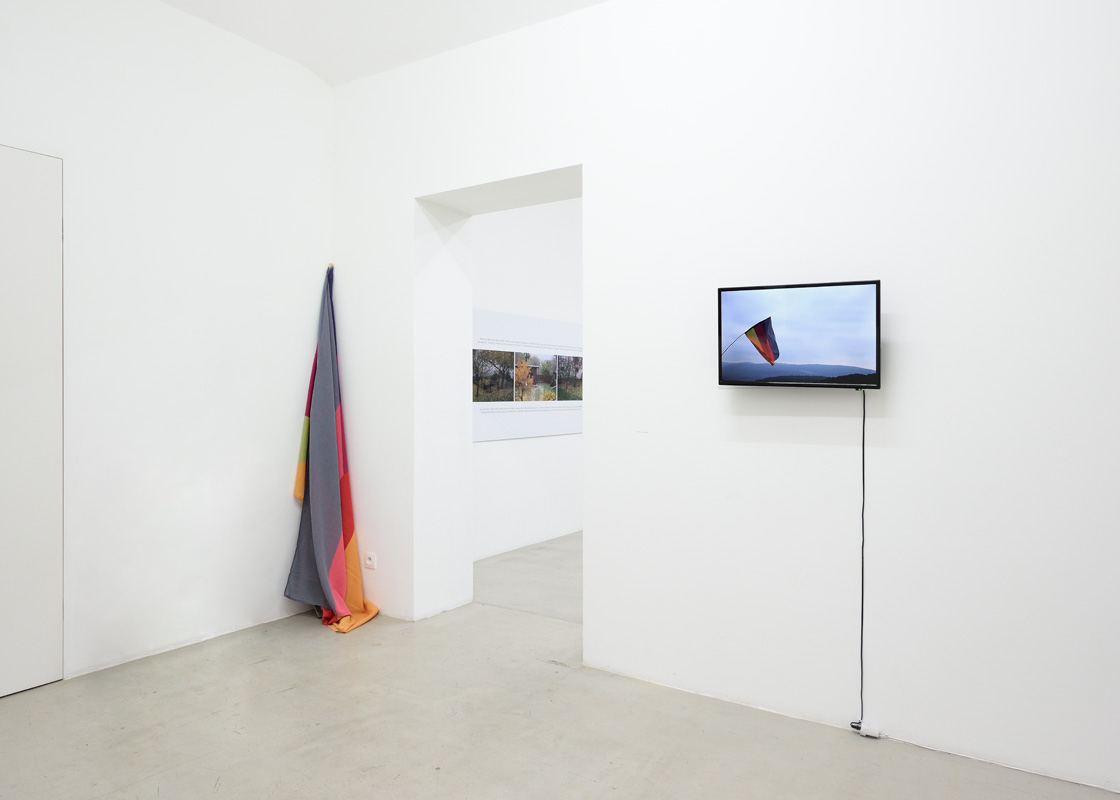 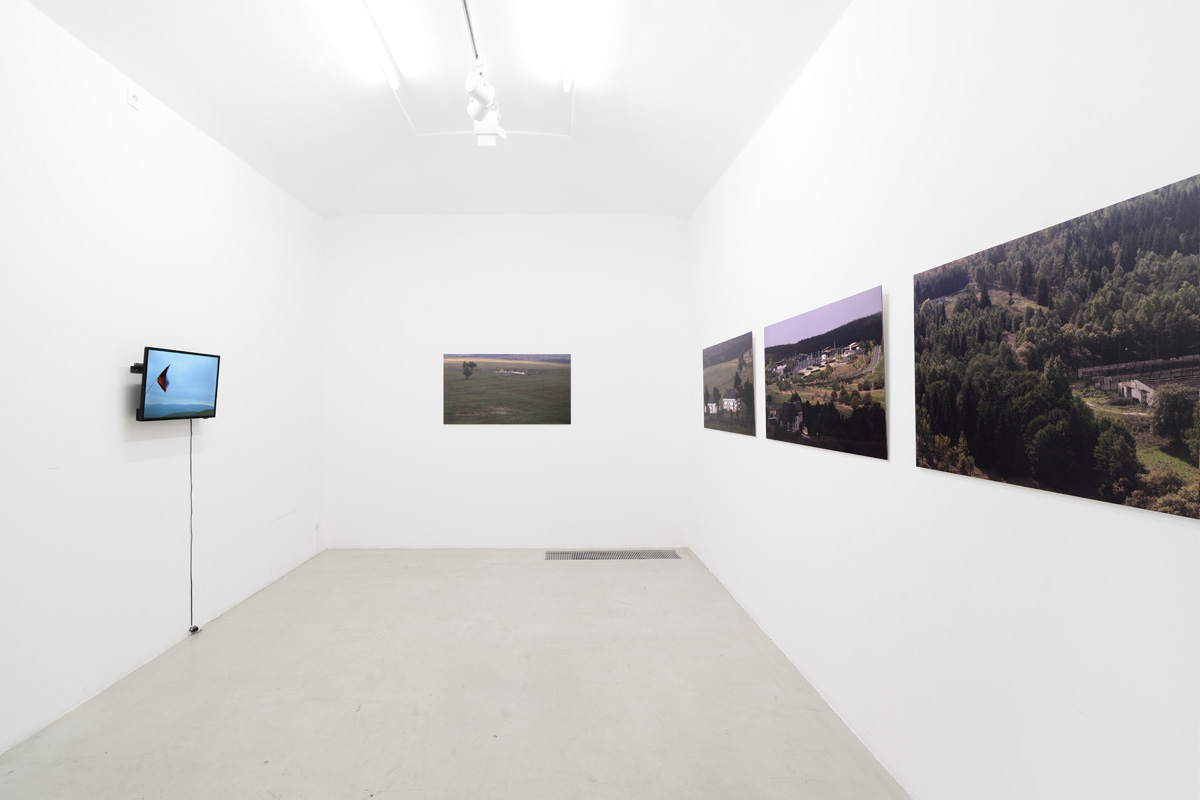 Fruit trees blossoming in the middle of the forest. In spring, from a distance, you only see their white crowns, and when you are in the forest, you almost overlook them, lost among the others. And then it is difficult to get to the roots. And it is even more naïve to look for a treasure there. In the Sudeten Region you may find shards of memory in old stones, in pieces of discarded porcelain, in the overgrown foundations of houses and in the decorative and useful vegetation that was planted by someone who you could never have met.

Michaela Thelenová is a researcher of memories of places that have been stolen from their original inhabitants and which then escape their new inhabitants. She searches out and examines the intimacy of these spaces and tries to repair the torn relations amongst people and between people and their surrounding environment through her art. The photographic triptychs, accompanied by text in which the author presents her personal experiences from the present with narrations about other people from the past, almost seems like an effort to dissolve herself in all possible and impossible stories of other people. The artist offers the public a beautiful shiny apple. Its form seems attractive, but in reality its appearance is deceptive – its contents are rotten. It comes from one of the local Sudeten Reinette apple trees and is a testament to a part of the country whose past is still visibly present. It also refers to humility in the face of  world events, and to religion, under whose influence the local cultural landscape was formed, and there is also a connotation of the sinful woman.

The Sudeten Reinette exhibition presents only the newer work of Michaela Thelenová. It may therefore seem that she has left go of the themes that she was interested in previously, namely those connected with the status of women and women’s work within the framework of various social systems (black and white figures of young women earning money through prostitution in blurry shots through a telephoto lens – “Women” (2001), “Thoughts for a Wife” (2008), or “When You Come Home It Will All Be Nicely Tidied …” (2010)). On the contrary, however, it is necessary to see this new exhibition in the context of caring, family intimacy and the “larger” history that was imprinted onto the fates of individuals.

“In the weed patch next to the bridge, where goat willow, belladonna, thistles, mullein, vervain and wormwood grew, there was a Gypsy camp in the summer months in the years following the war. When we were on our way to the swimming hole, which the town had set up there in thirty-six for the health of the people, we had to walk past it and mother would take me by the hand each time. (…) About where they were from, how they had managed to survive the war (…) only now do I start thinking about it, for example when I’m leafing through the album my father gave my mother as a gift for the first “War Christmas”, as they would say then,“ – W. G. Sebald wrote these lines in his first book, Vertigo. He was a writer whose work crosses through key points of modern European history with the poetics of landscape detail and a human story. Michaela Thelenová’s photographic narrative functions in the same way.

A fruit tree blossoming in the middle of the forest as the punctum of the image – crossing through then and now. Thelenová experiences the history of places through her physical presence. When she takes pictures of long unused border crossings and various decaying storehouses in the middle of new forests, it seems as if she is touching the skin of an old person full of healed or even still open wounds. Trauma is just another word for the punctum. It is a scar, whether in the form of a highway cutting through the landscape of the Central Bohemian Mountains (“White Noise for Krásný les“, video, 2014), or the healed scars of the author’s child (“Scar”, photographic installation, 1996). Thelenová is not afraid to disturb the grandeur of the moment and the impending pathos; she will lower herself to local aspic and bread with butter splattered on the floor, but she will continue to dream of closing the injuries of the border region.