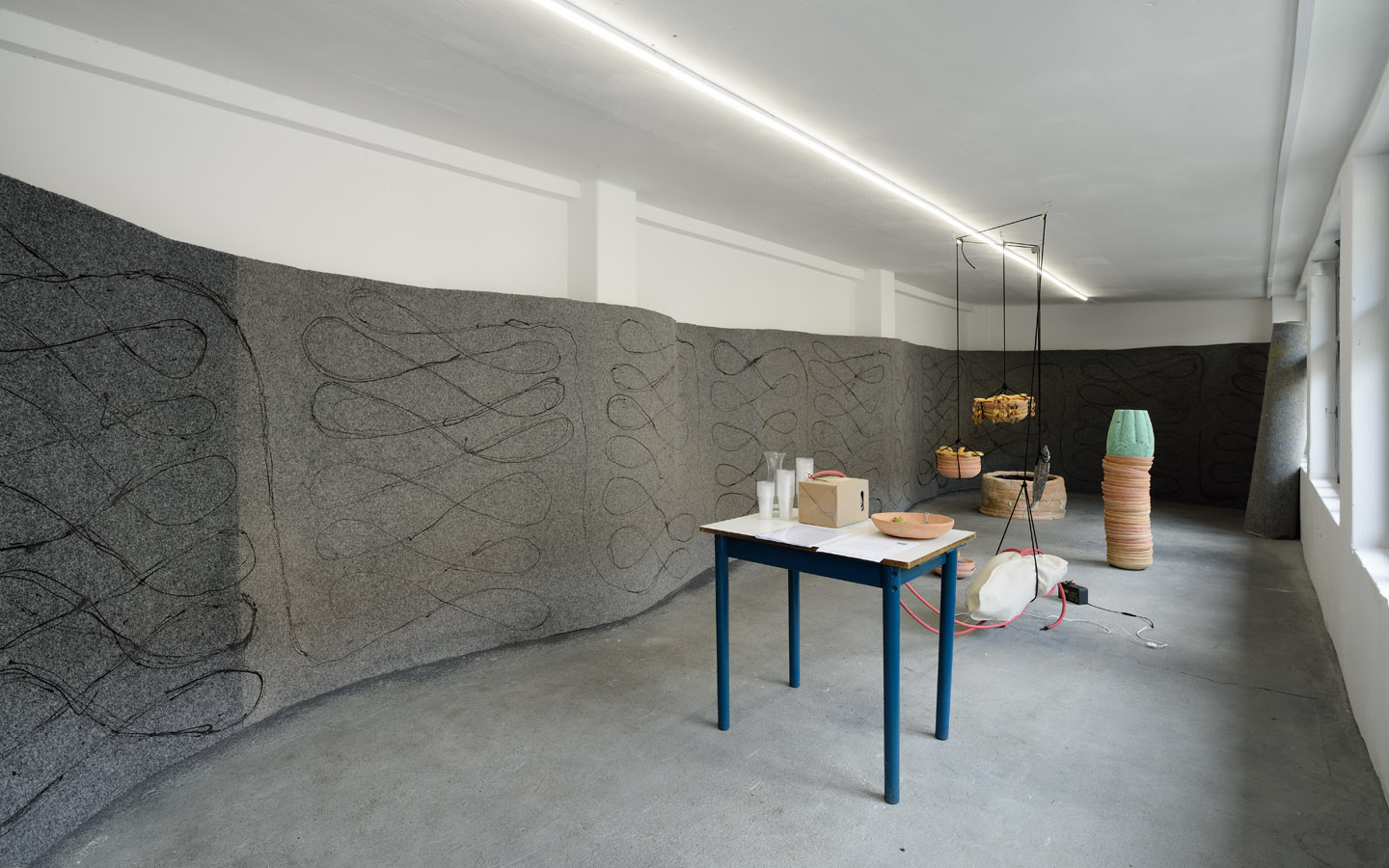 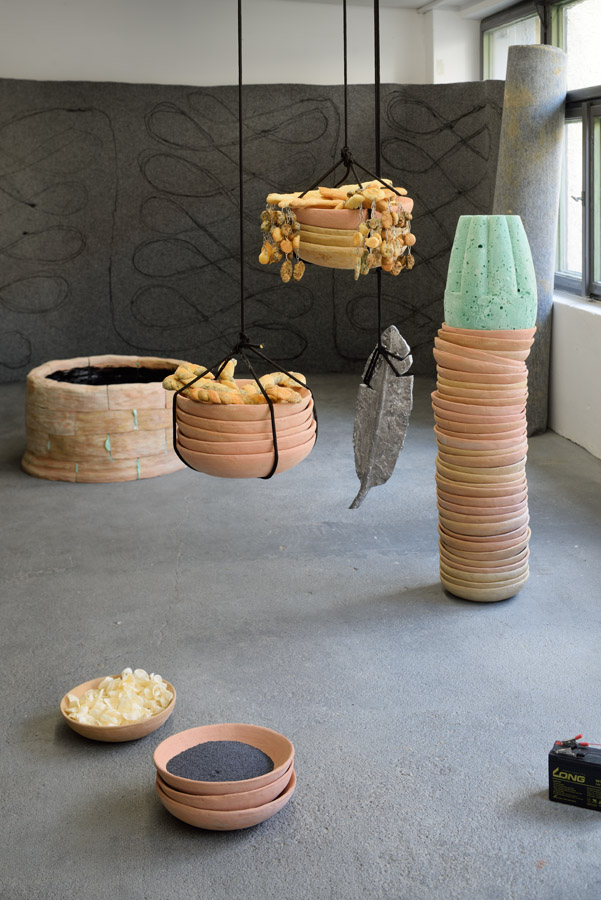 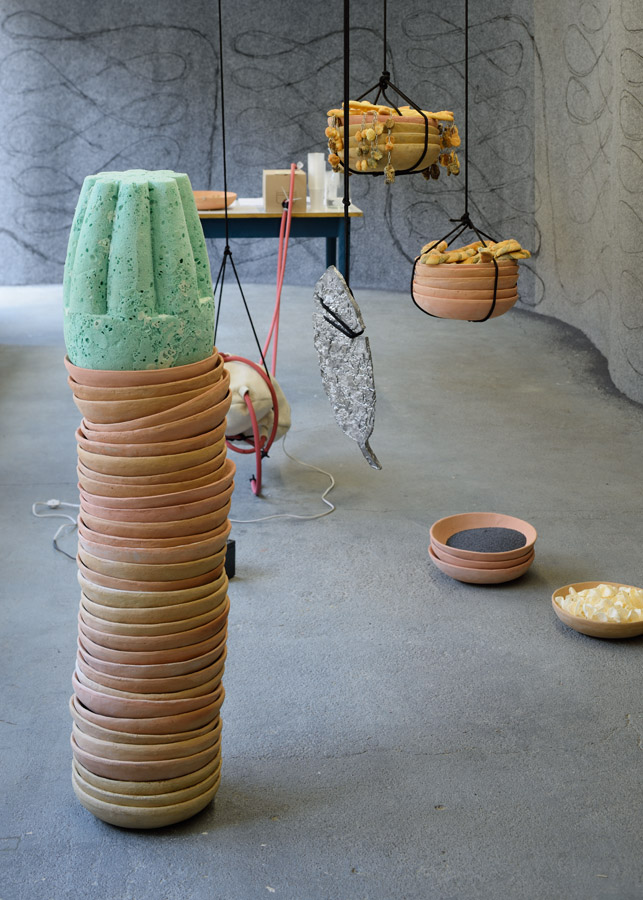 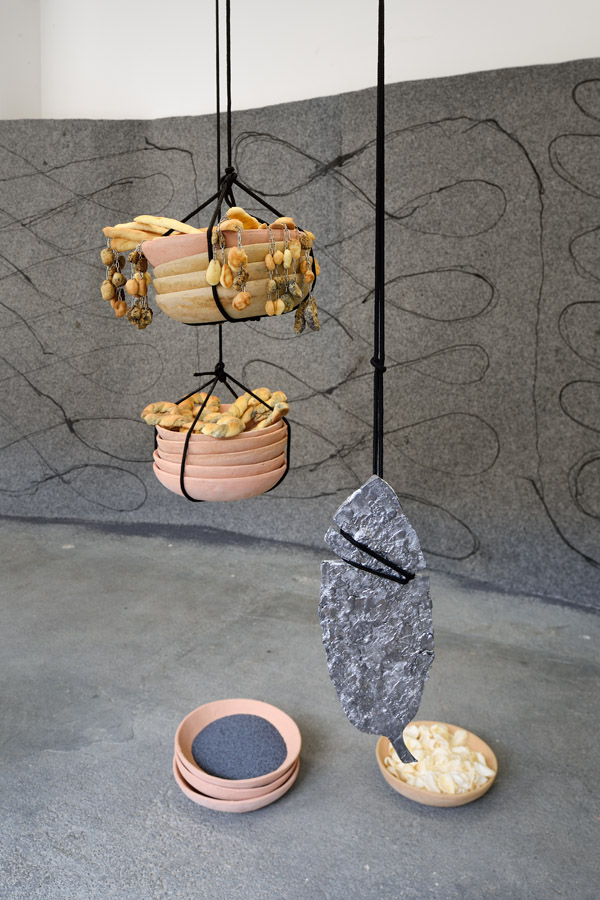 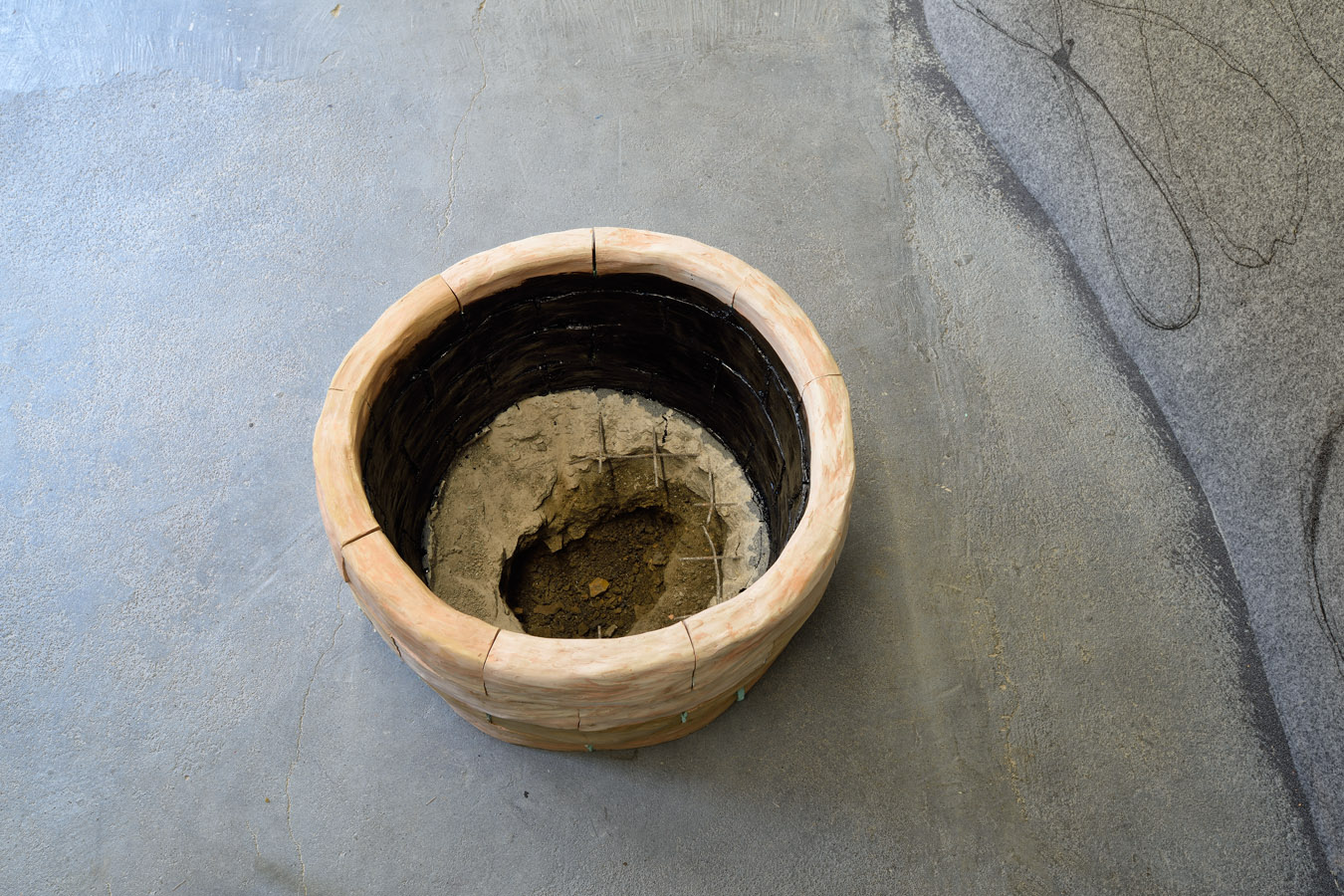 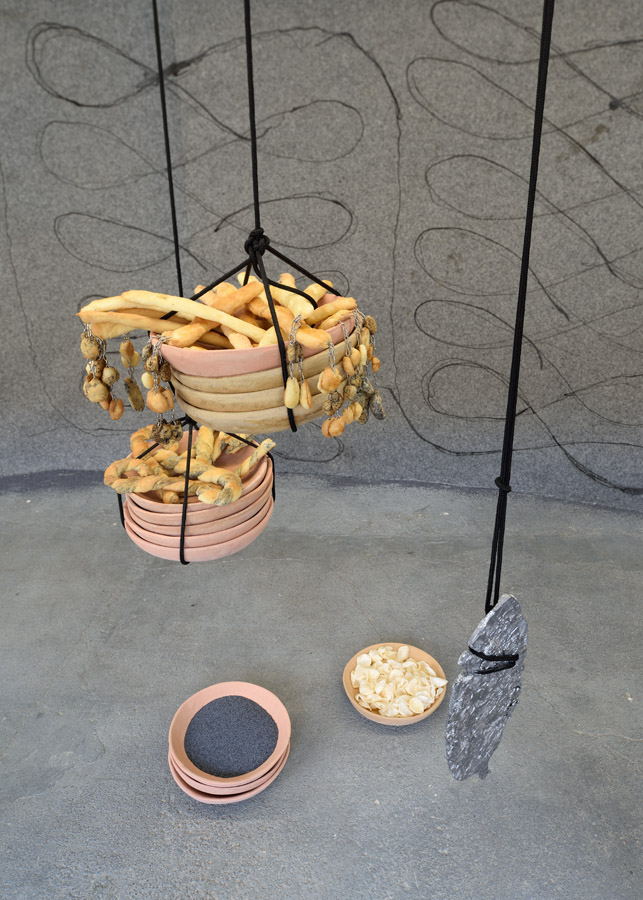 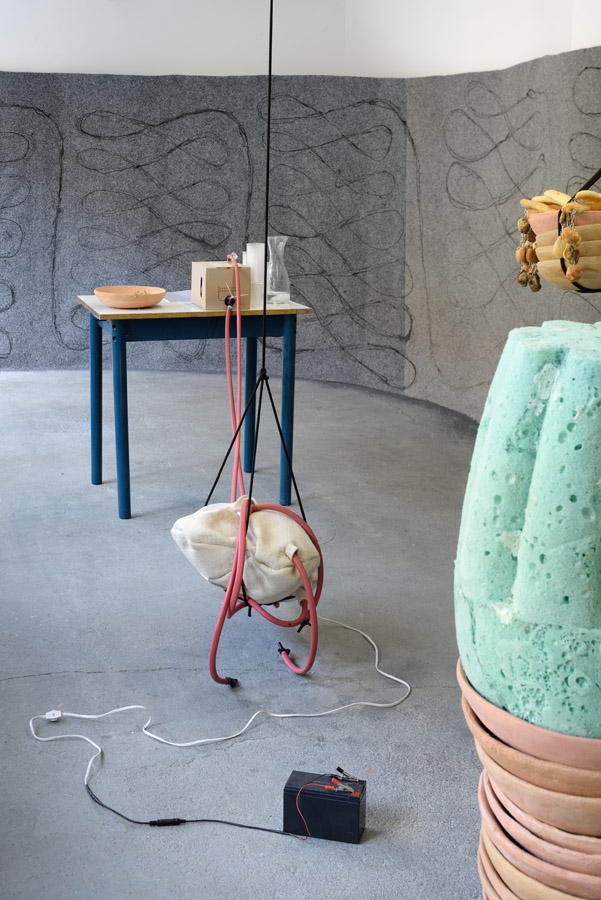 hunt kastner is pleased to present the work of Barbora Dayef in the projekt_room. For the third year, hunt kastner is hosting a graduation project of one selected Czech art academy student – this year from the Prague Academy of Art, Architecture and Design (UMPRUM), sculpture studio under Domink Lang and Edith Jeřábková.

In her recent work, Barbora Dayef has been interested in the analogy of organizing a society on the example of pyramid building and the structure of contemporary corporate companies. In her 2019 solo exhibition at Jelení gallery, The Eye of Horus, Ltd. , she worked with the parallel between the archetype image of the construction of Egyptian pyramids and the current mania of team building activities. Both these systems are designed to build a monumental work with psychological aspects by creating a well-organized and motivated group of workers subjected to a strong bureaucracy.

In her work, Dayef considers the pyramid both as a functional material structure and partly as a model of a collective task, which requires a strong power structure of society, but also a psychological or spiritual model of culture, which is reflected, for example, in graphs depicting hierarchical structures.

In her graduation exhibition, Feather of Truth, Fall of Trust, the artist uses the pyramid scheme as a kind of 3D mental map for the exhibition layout – a parallel material that offers wider context and shows motivation rather than explanation. The installation draws on vital principles of ancient Egypt, e.g. the notion of a sacred equilibrium between human deeds and a ‘feather of truth’. Viewers’ responsibility and participation on this equilibrium is suggested by showing how by eating and drinking the opening refreshments they affect the system.