FRANTISKA AND TIM GILMAN: I HAVE A WINDOW – I SEE AND I FORGET 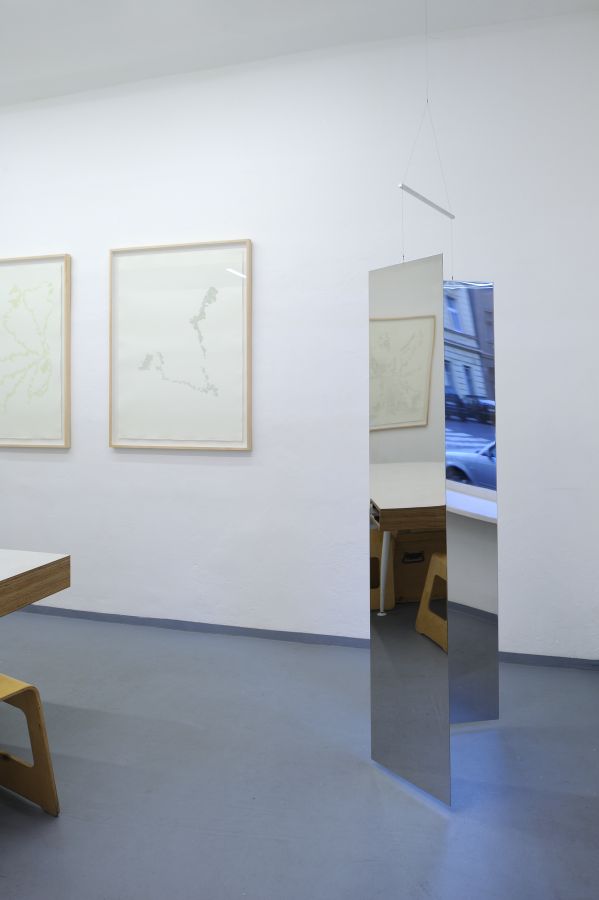 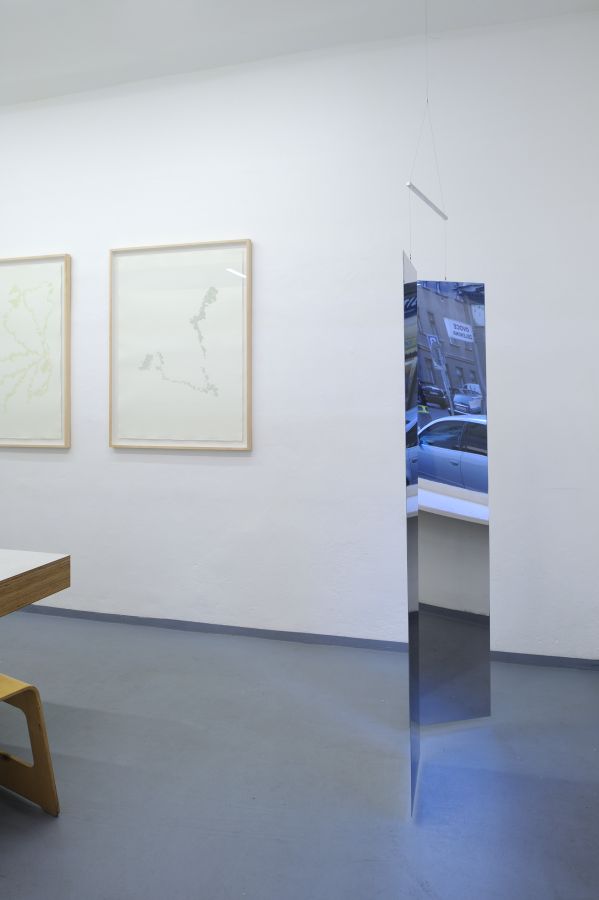 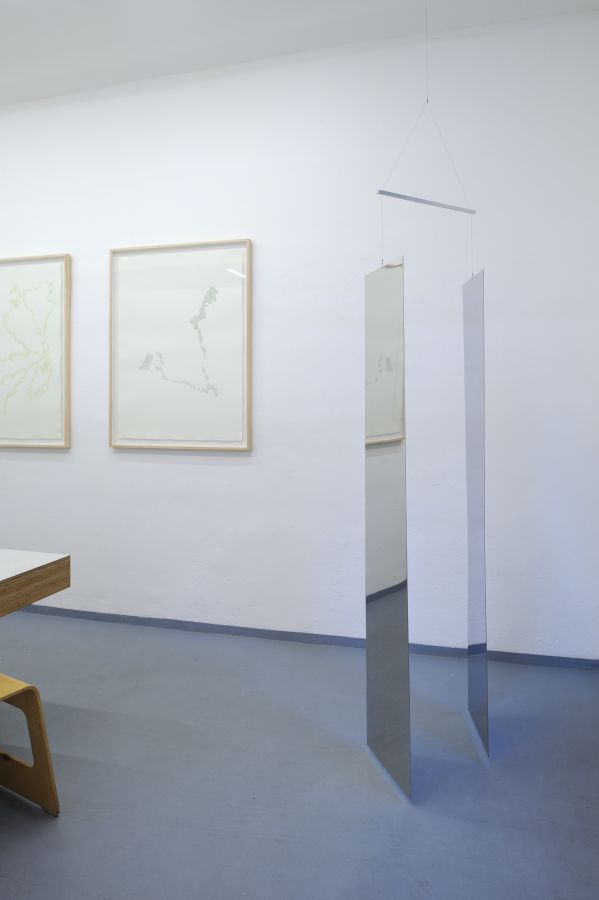 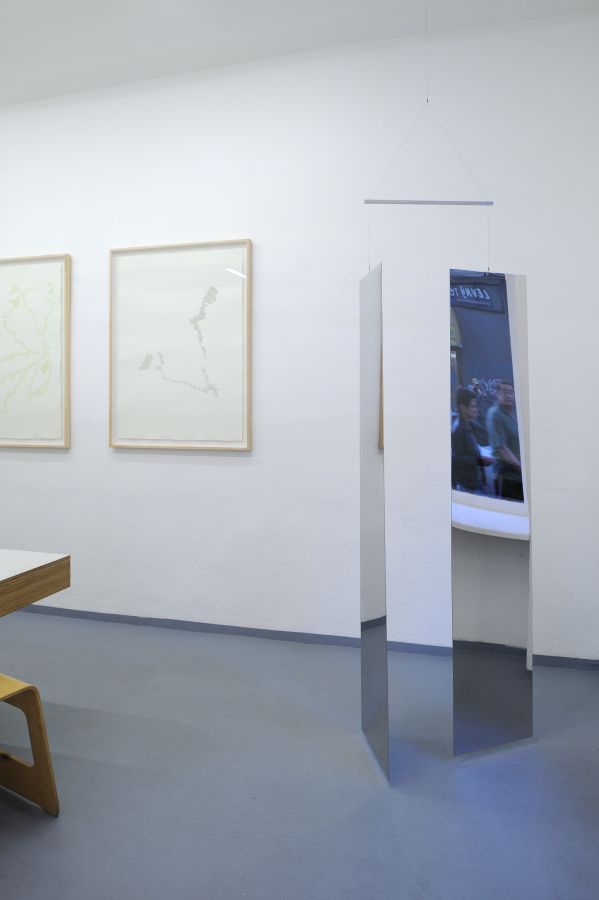 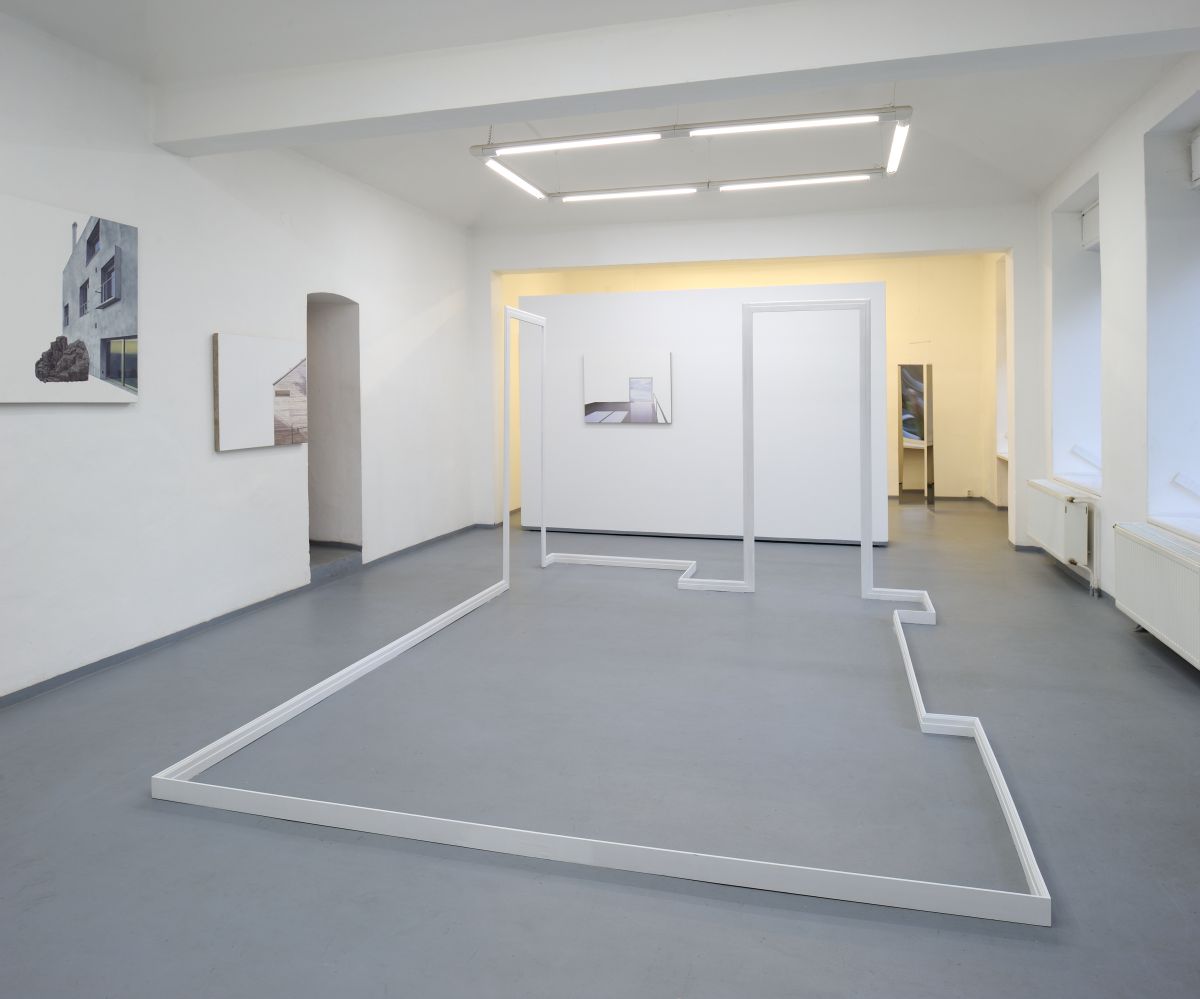 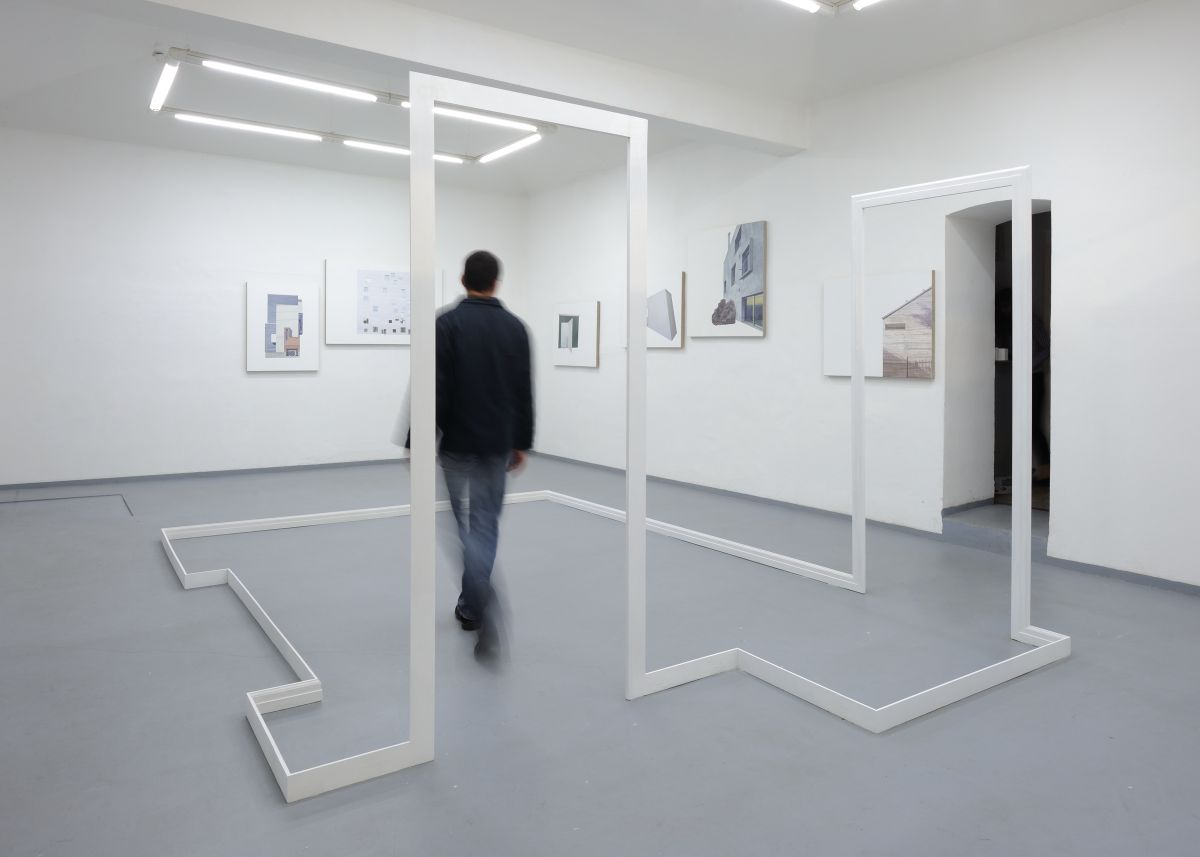 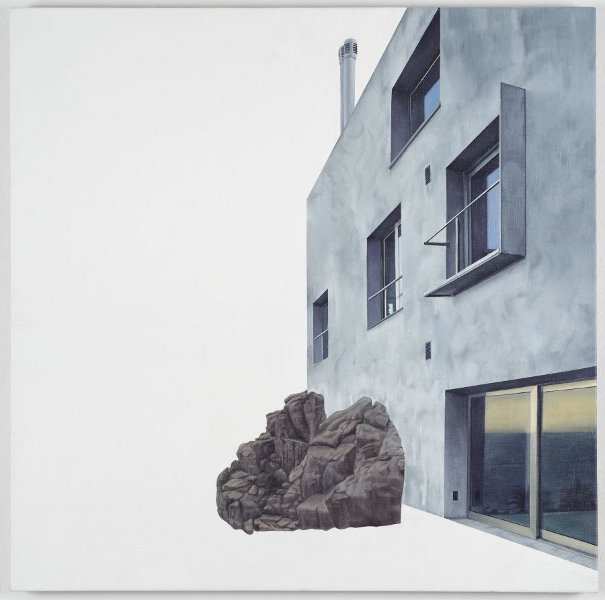 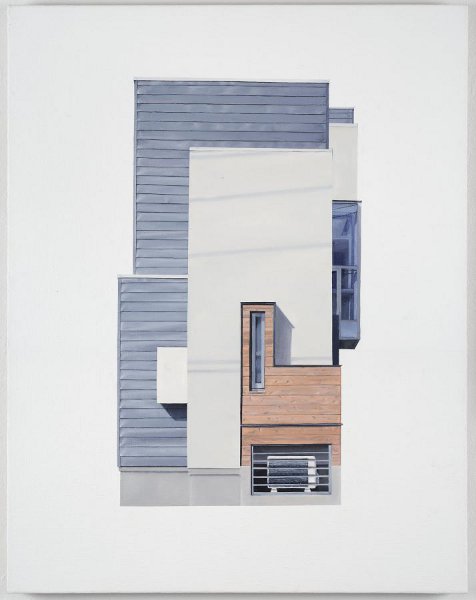 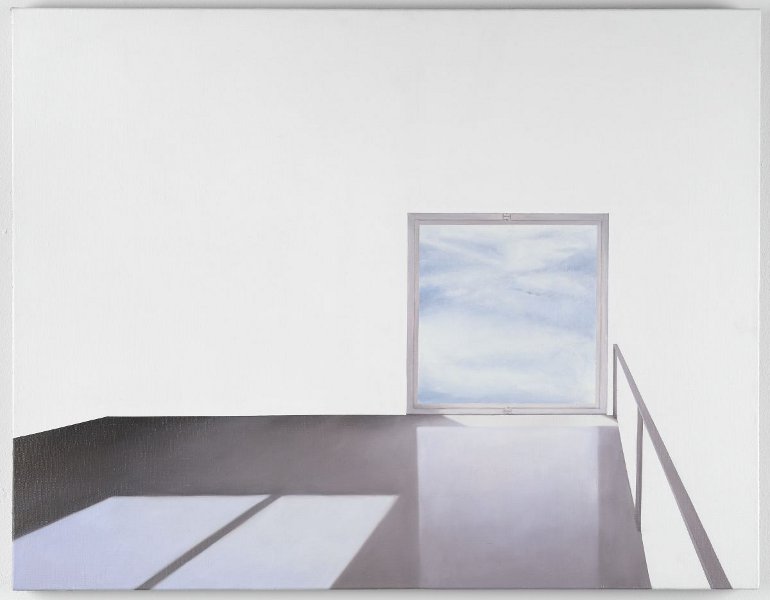 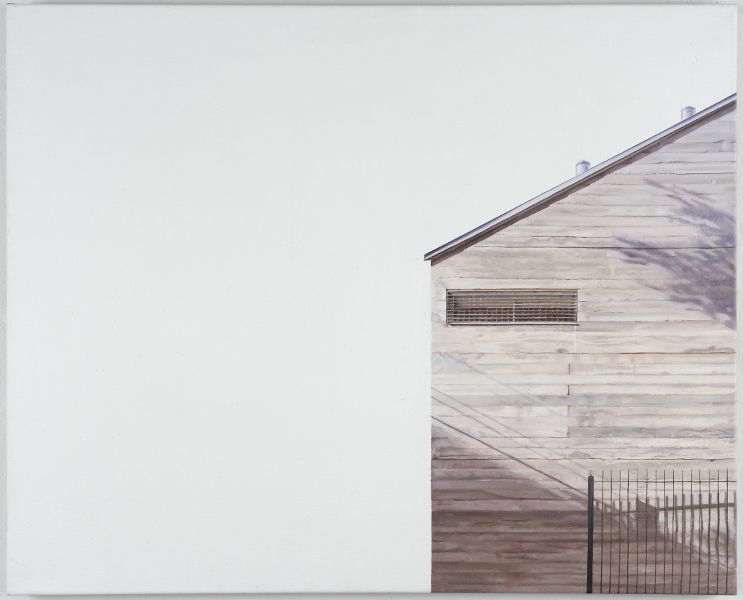 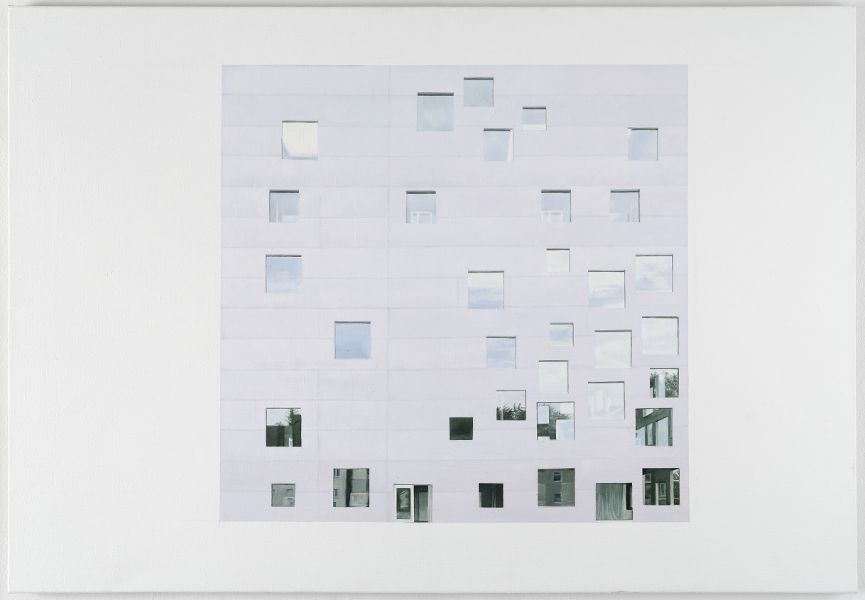 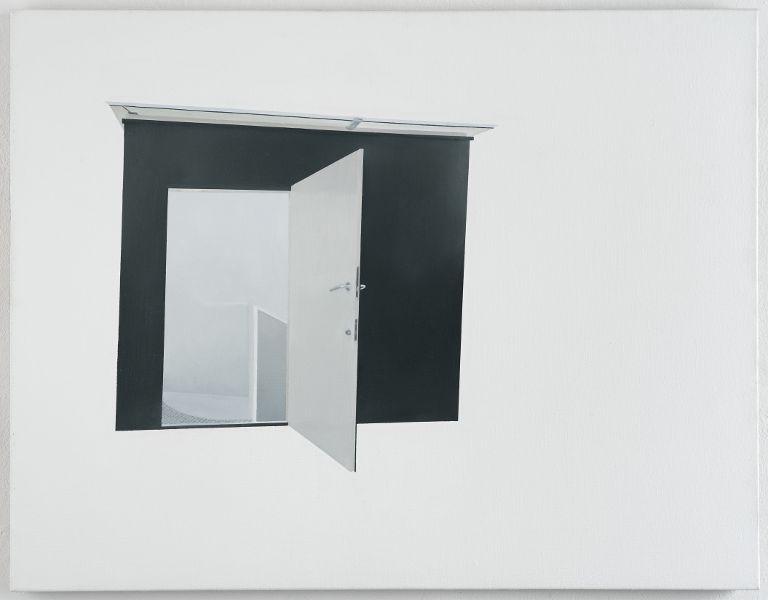 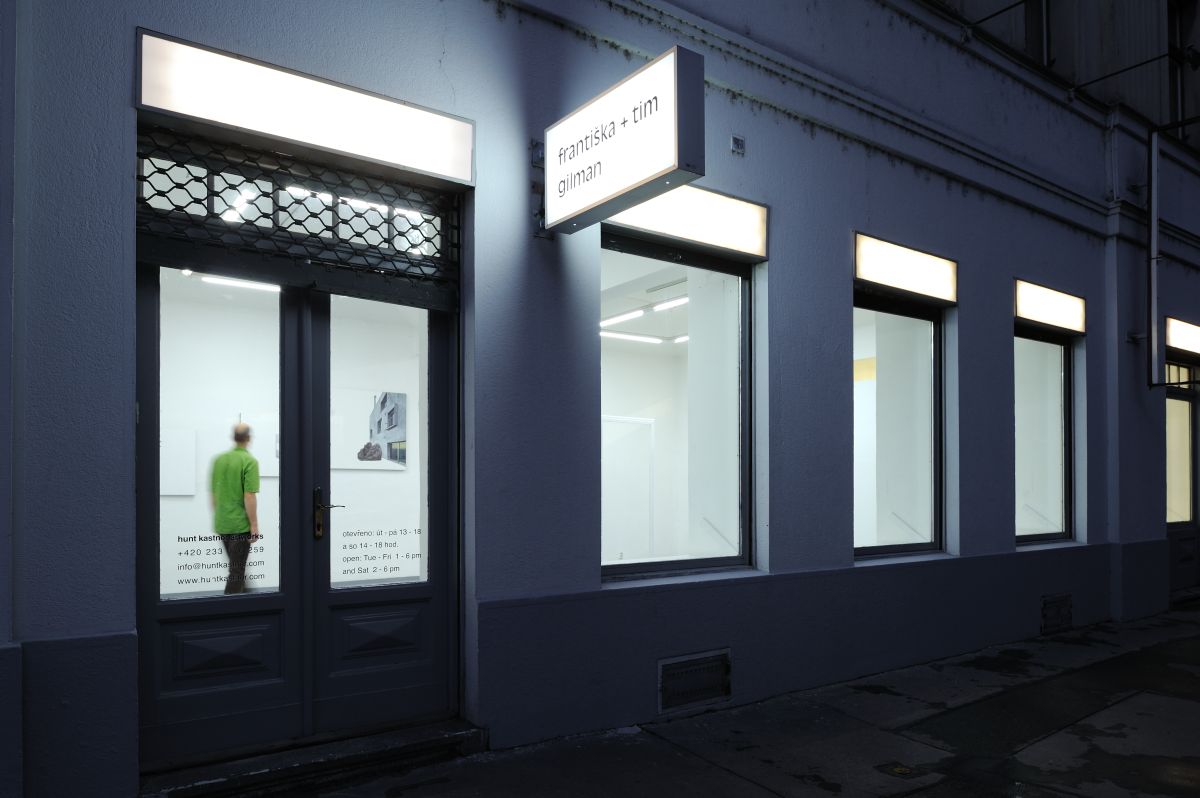 hunt kastner is pleased to present an exhibition by the two New York-based artists, Františka (1973, Prague) + Tim Gilman (1971, Conn., USA), who have been working together as a collaborative duo since 1998. In this exhibition of paintings and installation work, the artists explore a process of removal using fixed architectural structures as a point of reference, testing how much can be eliminated in order to reach a balance point between presence and absence that tips into a perception of space where the fragility of what’s left gives us a sense of the potential that lies in deleting rather than saving.

Memory: coding – retention – reproduction. These three simple words, which sound almost too technical in this digital era, depict the complex process of imprinting, retention and re-use of information and experiences acquired in the past. The capacity of our memory might appear negligible in contrast to the technological advances of today. However imperfect human memory is, its combinatorial power and its ability to naturally relate new and old impressions along with our subjectivity and emotional makeup make it distinct and far superior to technology.

Gaps and blank spaces, typically produced by our subjectivity and the (lack of) emotions associated with particular memories, are inherent in the process of remembering and play a crucial role in the process of recollection.  There is no universal, objective, or “perfect” memory but this quality merely adds to the charm.

Human memory is also the central theme of the exhibition I have a window – I see and I forget by Františka + Tim Gilman.  The authors are concerned with the subjective and fragmentary aspect of memory and memories, which reflect the individuality of each person and which give us insight into their personal and often intimate space.  The hyper-realistic, almost surreal Magritte-like images in the Monads series capture remnants of architecture or spaces that the artists have lived in or passed through, both directly or indirectly.  These fictional, dreamlike spaces are liberated from their contexts (the images represent combinations of memories from different time periods, places and situations) and are reduced to their essential components, which are embedded in a powerful emotional framework.  The elements of architecture, space and motion, characteristic for the Gilmans’ work, contrast with the fragmentary and dreamlike content of the images and serve as their solid, rational, permanent and grounding counterparts. Yet the apparent stability of the images is interrupted with openings or obstructions which prevent further insight into the imaginary space that the artists have left undefined.  The numerous indescribable, and thus all the more significant, spaces hiding behind stairs, windows, doors and other passages are highlighted by the minimalist and seemingly abstract gallery installation, which represents the layout of the Gilmans’ bedroom.  Like with the images of Monads series, the viewer encounters only the fragments of whole, imperfect memories.  The absence of different parts of a memory is paradoxically more important than if the memory had been complete.  Just as art that refuses a single worldview and calls on the viewer’s subjectivity for its full interpretation, memories too demand subjective interpretations to be effective.  The authors’ personal memories here are no longer the point.  Instead, the viewers are invited to join in “the game” with their own resources and to develop on the authors’ reference points by tapping into their own memories, and by doing so uncover their own blank spaces.