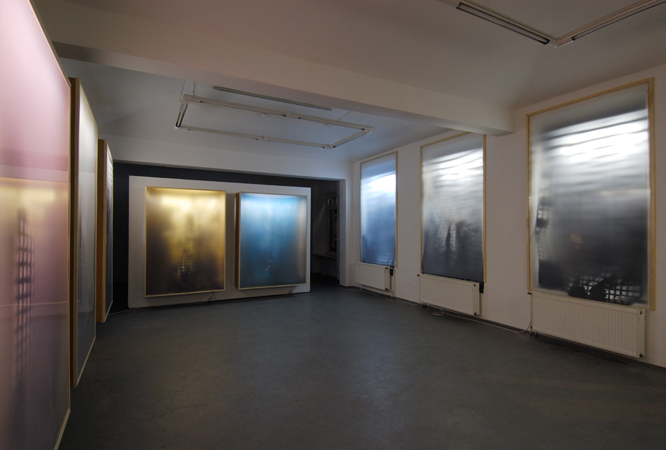 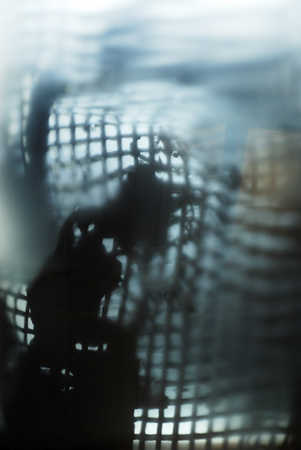 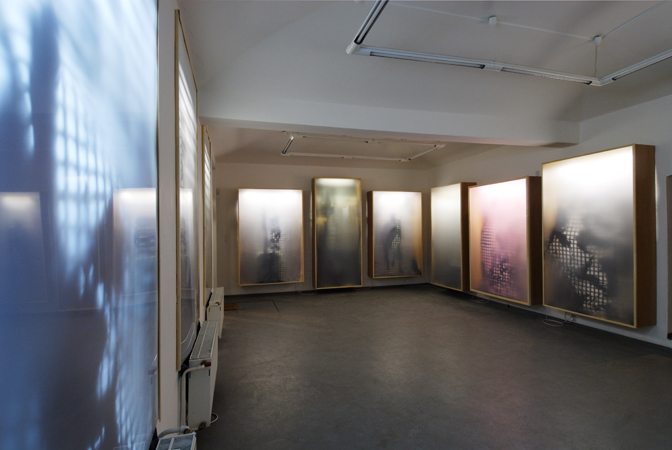 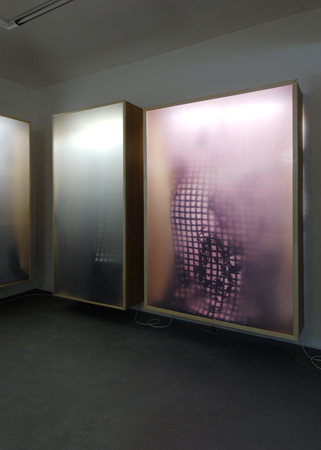 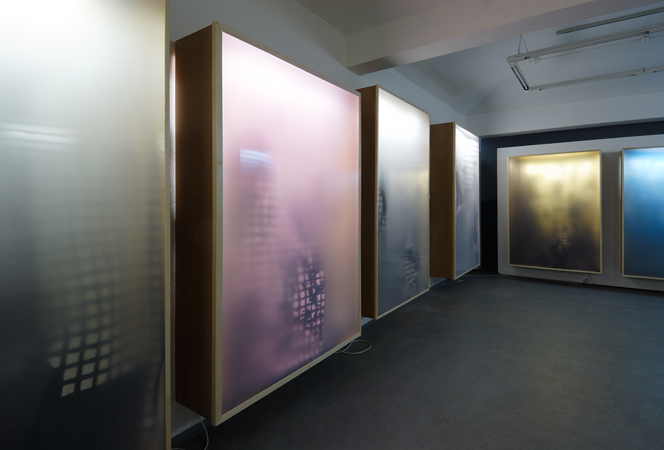 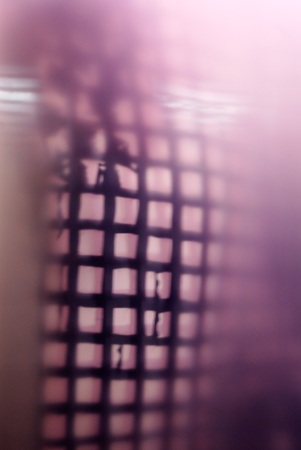 Technology shapes psyches as well as environments, and maybe we are too sophisticated, too permanently alienated from nature to make extensive use of their pagan heritage. However, links can be established. Links must be established. To make contact with your past, to re-establish the broken continuity of your spiritual development, is not the same as a romantic, sentimental retreat into simpler, rustic lifestyles. To attempt to be a backwoods homesteader in an electronic technology may be as misguided as attempting to be Hindu when one is Anglo-Saxon. However, we have lost too many valuable things along the road of socalled progress and you need to go back and retrieve them. If nothing else, to discover where you’ve been may enable you to guess at where you’re going.

hunt kastner is pleased to present a solo exhibition of new work by Štěpánka Šimlová entitle d Air of the Thames. In a project tailored specifically for the gallery space, Šimlová has departed from her more well-known digital photo-montage work, in a return to her earlier site specific work, to produce an installation combining imagery, light and movement inspired by the spiritual world.

Air of the Thames is made up of a series of 9 large light boxes of varying sizes mounted on the walls and 3 built into the windows of the gallery space. Inside these objects, which tower over the space with an impressive monumentality, float shadows of spectral-like figures in muted pastel lights – apparitions coming in and out of focus, a play of shadows and movement. These fluttering images, made from nylon fabric, are a direct reference to the cut-out paper flags from the Day of the Dead celebration in Mexico. Šimlova has visited Mexico several times over the past few years, where she became fascinated with the culture that embraces both its European Spanish and indigenous Indian heritages into a unified whole and the national celebration of the Day of the Dead with its unique mixture of pagan and Baroque Catholic beliefs and rites.

The exhibition was conceived as one installation made specifically for the space, although each of the light boxes can also stand alone. The nebulous images represent both the known and the unknown, personal as well abstract figures. They are light, poetic and yet distinctly unnerving and chilling – a danse macabre.

Štěpánka Šimlová (born 1969 in Pilsen) entered the Prague Academy of Fine Arts in 1989, enrolled in the studio for intermedial studies under Milan Knižak, graduating in 1996 after spending part of her studies at the Rijksakademie van beeldende kunsten in Amsterdam (1992) and Trent University in Nottingham (1993). She is a key figure in the dynamic generation of young female artists who began exhibiting in the early 1990s, immediately following the Velvet Revolution, when they were still students. Šimlová has exhibited widely both at home and internationally, including: the 2003 Prague Biennale; Czech Photography
of the 20th Century at the Prague City Galler; Girls Ride at the City of Women Festival of Contemporary Arts in Ljubljana; Fotok at MEO-Contemporary Art Collection in Budapešť; 2001 Jindřich Chalupecký Award exhibition at Prague National Gallery; 1995 SBC European Art Prize exhibition, SBC Gallery, London, U.K. and had solo exhibitions at the Moravská galerie in Brno; the Soros Center for Contemporary Arts in Bratislava; Gallery USF in Bergen, Norway; the City Gallery of Prague, Cité Internationale des Arts in Paris and Muzeum umění in Ostrava. From 2002 – 2007, she headed up the digital media studio at the Faculty of Art and Design at the J.E. Purkyně University in Ústí nad Labem. Š t ě p á n k a Š iml o v á ’ s work can be found in the collections at the Prague National Gallery and the Prague City Gallery as well as in numerous private collections.