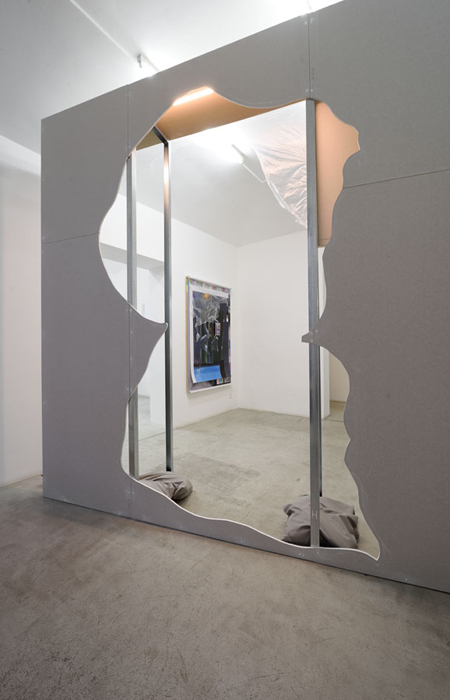 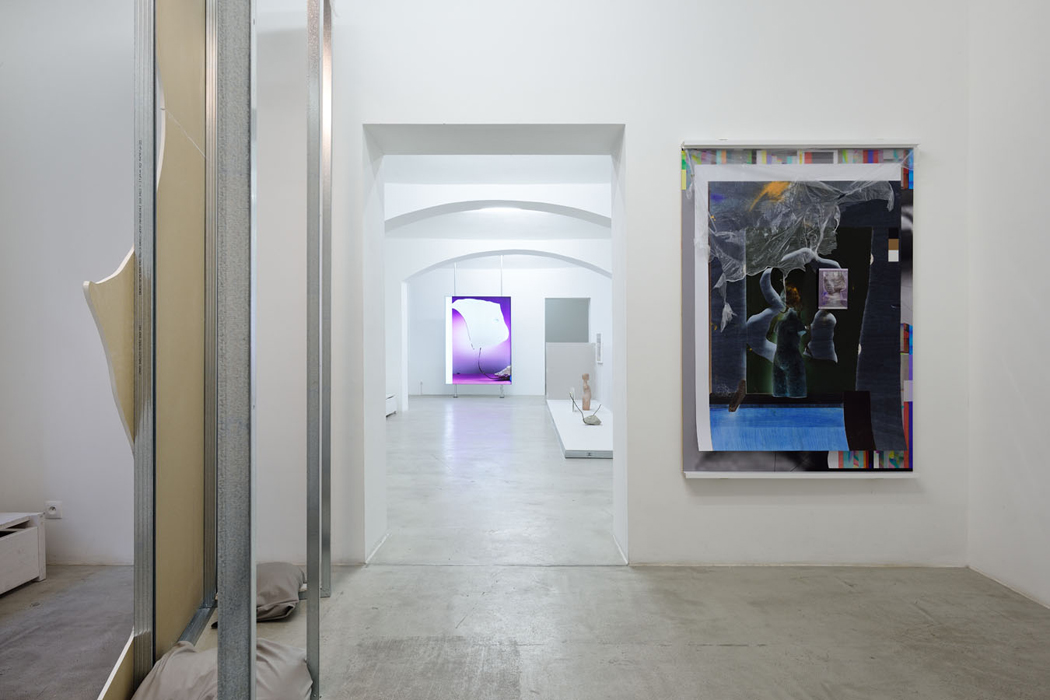 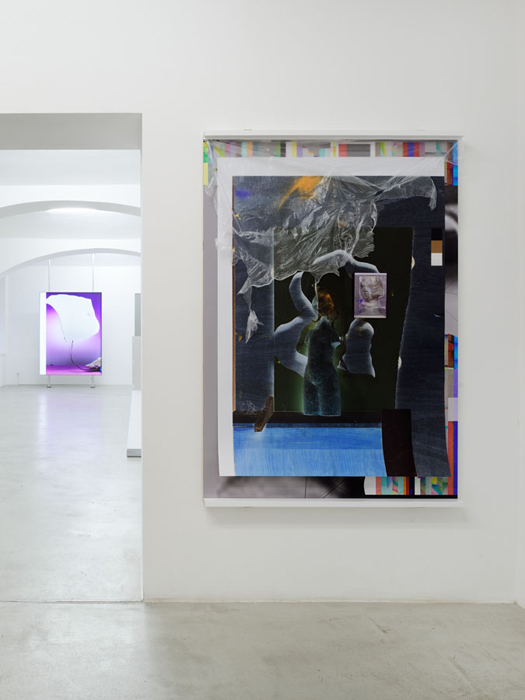 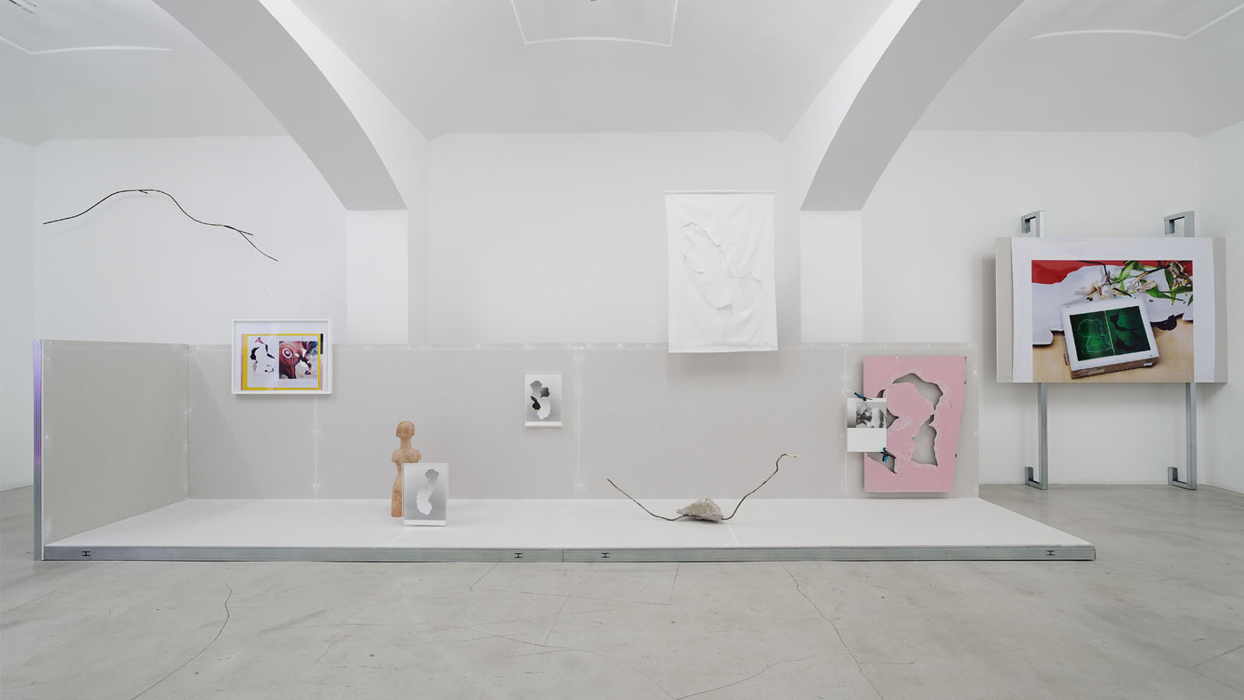 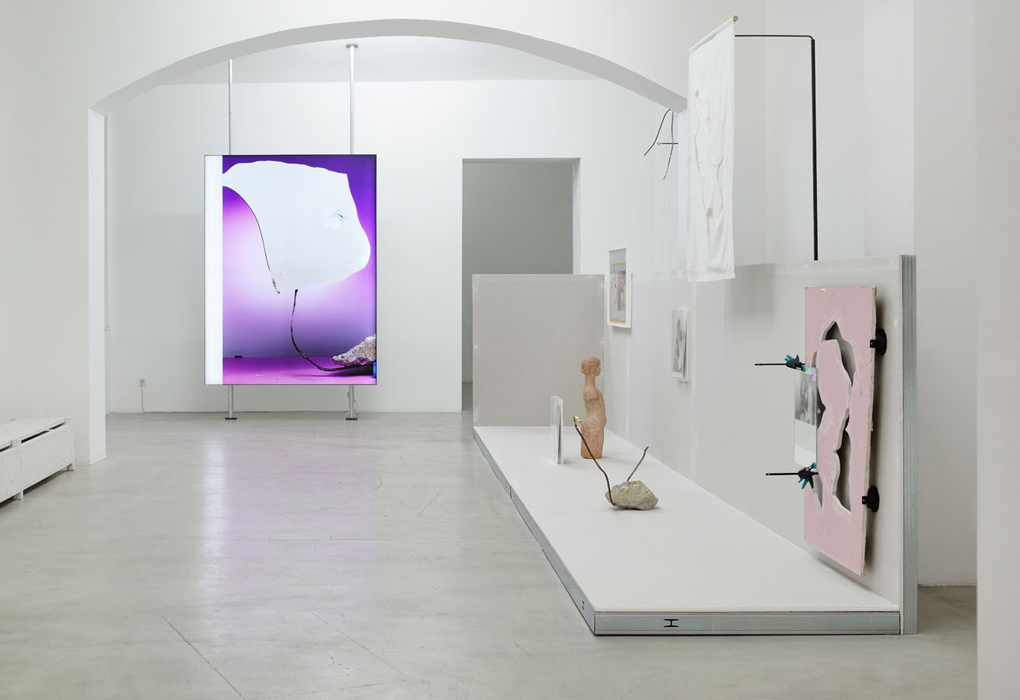 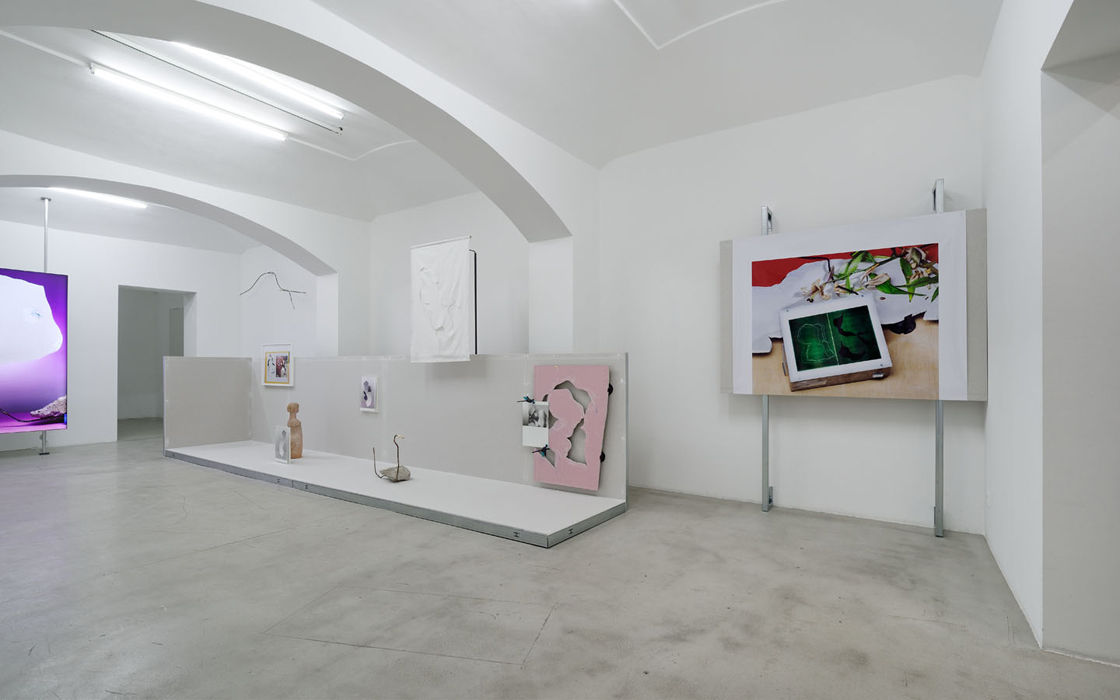 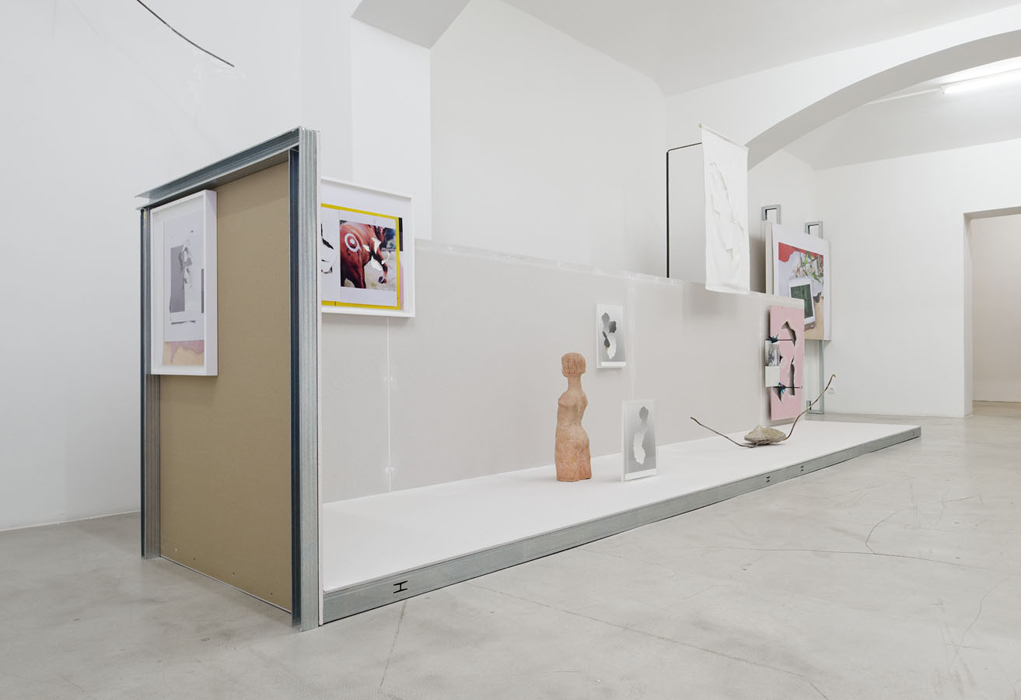 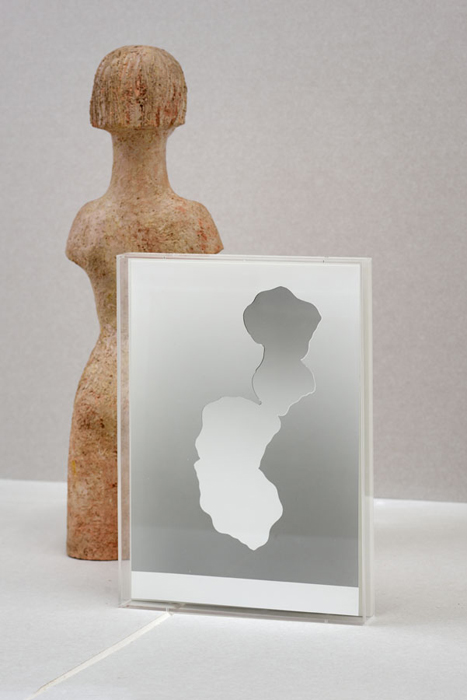 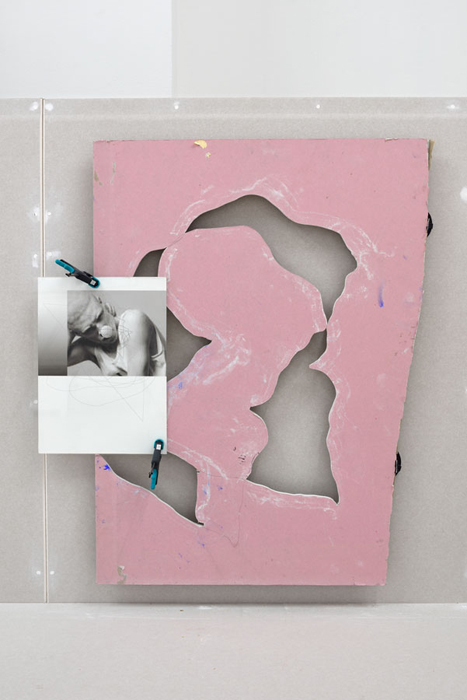 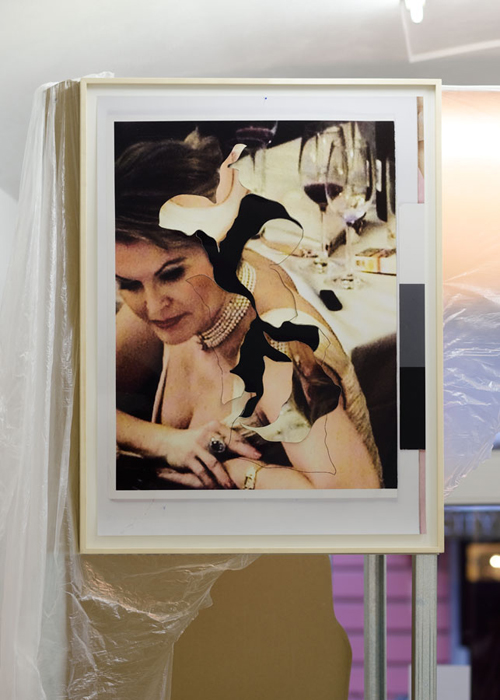 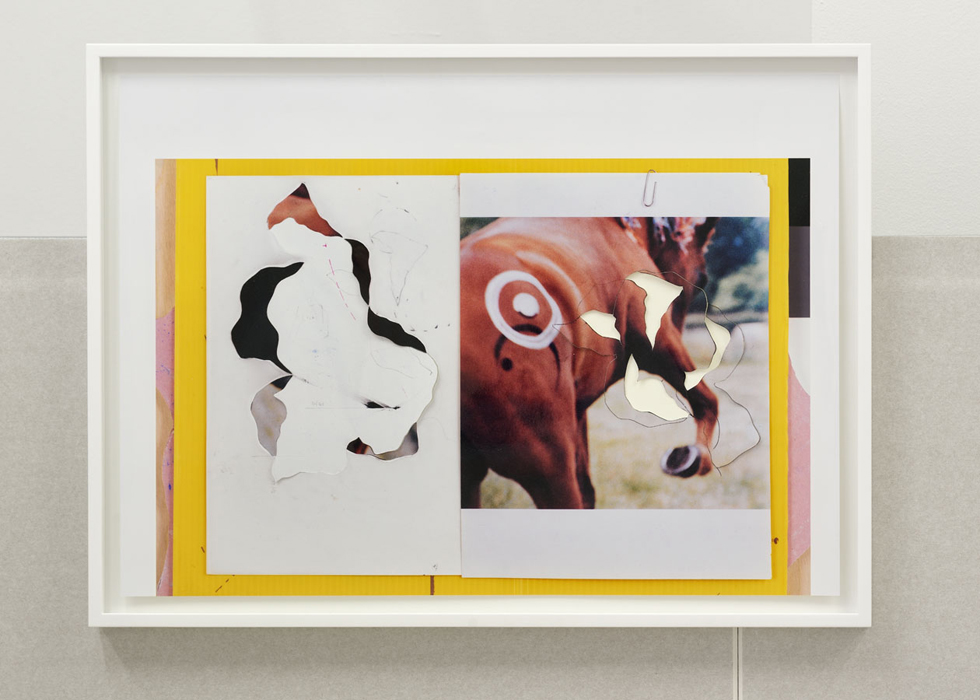 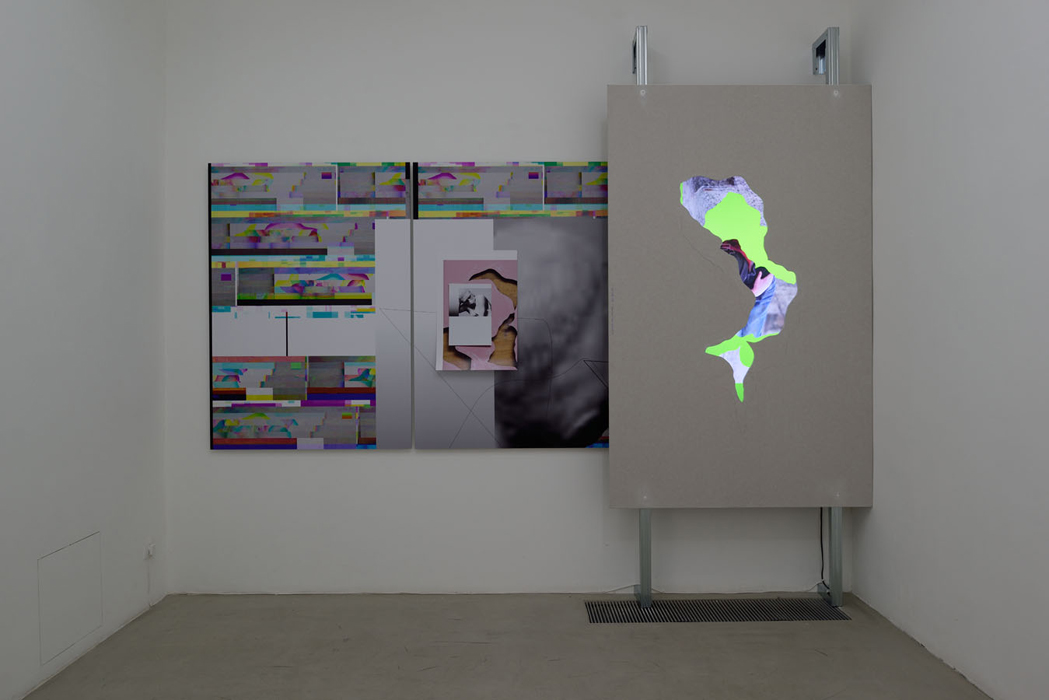 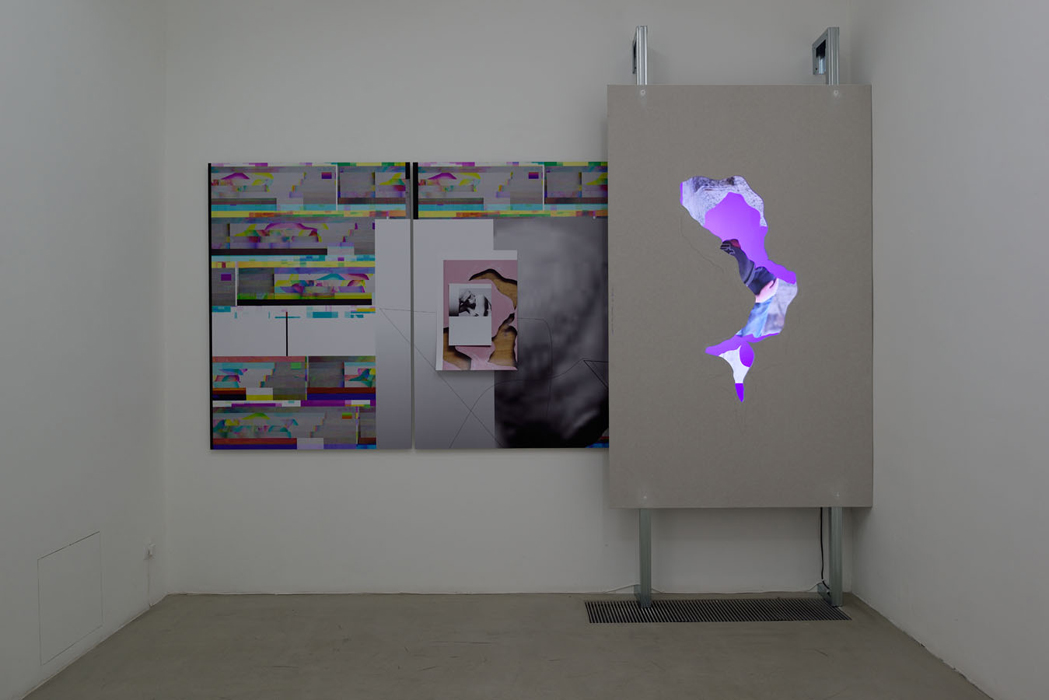 Jiří Thýn is considered one the most inspiring Czech photographers of the 21st century, both at home as well as abroad. The interconnection between the local and global reaches back to Czech photography from the early 20th century and endures until today, as reflected in the works of Czech photographers such as Drtikol, Funke, Rössler, Tmej, Hák, Koudelka, Tichý and Othová. Thýn draws on Czech photographic history in his own way, producing work that corresponds to new technological conditions. He is united with the avant-garde in his affinity for montage, cutting and glueing, as did Štyrský, and progressing in an equally classical way. Thýn’s still-lifes and flowers connect him with Sudek and the care that Thýn devotes to the dramaturgy of the exhibition and to each detail of the display has much in common with Svoboda’s work. Although Thýn is considered formal (to avoid the word conceptual) in his precison, his new project is not lacking in poeticism. It is even more intuitive and emotional. The colorful, multi-layered montage emerges from the motif of bellies. It emerges from them in the same way as emotion emerges from the belly. In this particular case, from the belly of Alina Szapocznikow.

It is not the first time that an artist has reached towards the works of other artists and created from them their own exhibition. Thýn does not appropriate other’s works – this is not about appropriation art – but it is also not about homage. The objects and photography comprising the exhibition gradually distance themselves from the original model. Thýn is looking for a contemporary form recreated from an older original form. The cast required for the sculpture is very photographic (indexical). Paradoxically, Thýn resists indexicality through photography. He works with photographic cuts of Szapocznikow’s sculpture, precisely cutting out contours, and placing other layers of pictures upon the other, removing, adding, exploring, grasping and even deconstructing rather than sculpting. It is an open artistic process. The photographs remain undone.

After surviving the gehenna of the Litzmannstadt Ghetto, Bergen-Belsen and Theresienstadt, Szapocznikow did not want to return to Poland. Instead she chose Prague. She enrolled at the Academy, studying art under Bedřich Stefan, Otakar Velimský and Josef Wagner, changed her surname to Šapočniková, and took Czechoslovak citizenship. In such a context, the encounter between Thýn and Szapocznikow, although removed in time, is inevitable and self-evident. The living Czech photographer and the dead Polish sculptor create a fantastic artistic couple. The beautiful, slightly surrealistic dialogue moves under the weight of history and biography. Thýn does not bring the artist’s Prague juvenilia to his creating table, but rather the Parisian bellies from her 1968 “ventre series”. They are the last, most beautiful and, in the end, joyful works that Szapocznikow created. In January, 1969, the artist was diagnosed with breast cancer. The bellies became transformed into deformed lumps. During her work on the “tumor series” Szapocznikow used photography. She embedded photographic imagery into epoxy resin, creating lumpy tumor-like sculptures, which she in turn photographed, analyzing and observing them as a doctor in a histopathological examination. The photographs sealed in the lumpen masses depict the faces of women – a gaunt victim of Bergen-Belsen or a portrait of Emmanuelle Riva from the film Hiroshima mon amour by Alain Resnais.

This is not the first time that Thýn has taken a scalpel into his hand like a surgeon, operating, cutting and stitching. Thýn clusters the folds of the belly together, as in the slender figures of girls in ‘A Difficult Age’ or ‘A Ponytail – Portrait of a Mexican Woman’. Perhaps here are also echoes of Szapocznikow’s photo-sculptures of chewing gum. Thýn penetrates, even intersects Szapocznikow’s art. He invites us to enter the exhibition through a fissure, the cut out shape of a belly, and from the inside to let ourselves be swallowed by the images. It is beautiful, intuitive, but also brutal in effect. We know that Szapocznikowa/Šapočnikova left Prague for Paris in the autumn of 1947. As we look through Thýn’s exhibition, and already we know that that Szapocznikow dies from her illness, we know that she suffered, we see beauty, we feel pleasure, we try to understand. Better late than never.

Through poetry an attempt can be made to convey the relationship between Szapocznikow’s objects, which were created in 1968, and Thýn’s works from 2018. The poem Night Puddle by Jan Skácel, for instance:

schoolchildren break it with sticks

it makes the heart hurt

And something fragile was broken

Once and for all   Earlier than the last time