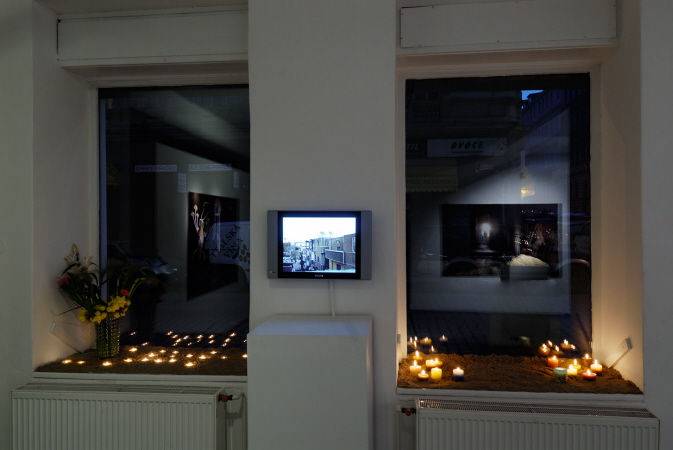 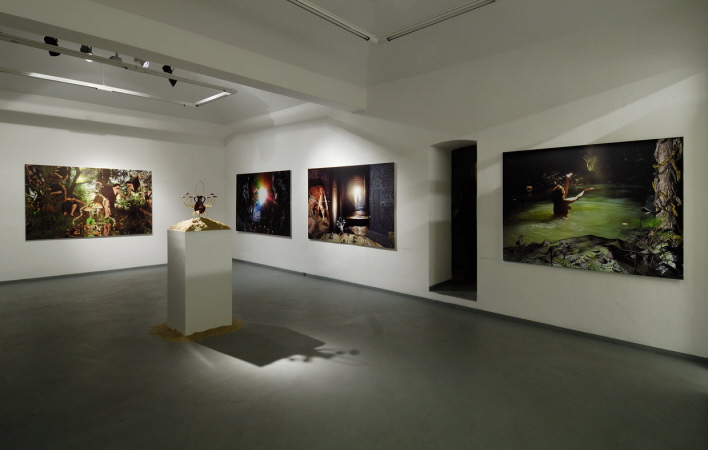 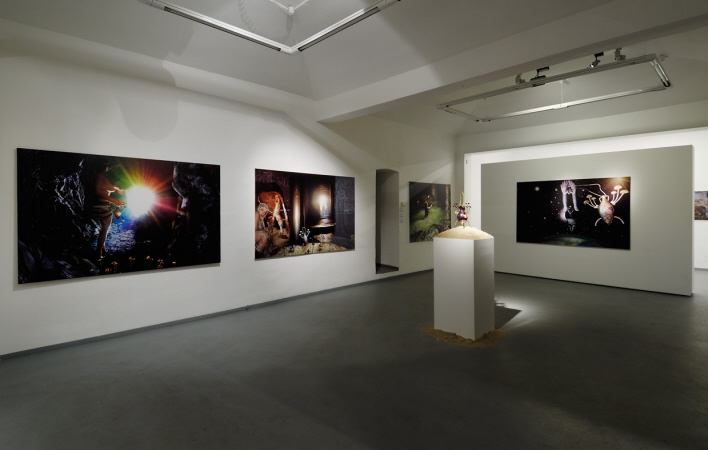 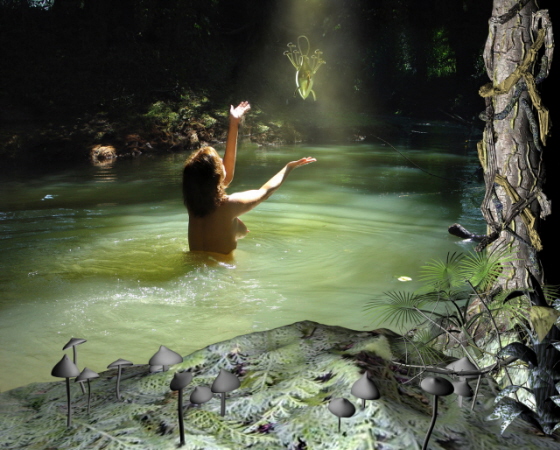 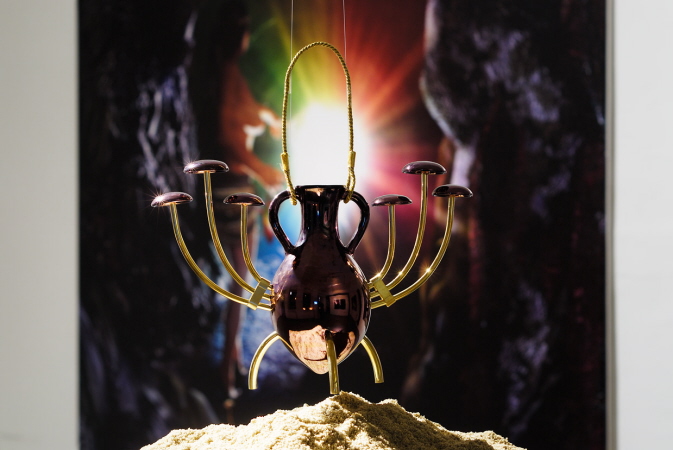 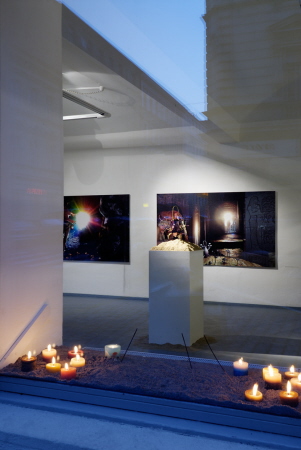 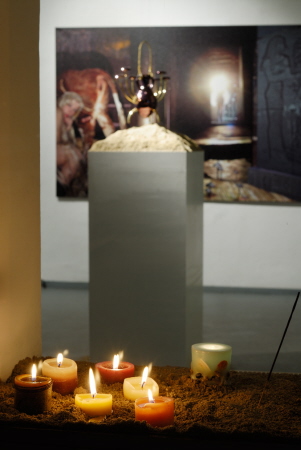 hunt kastner presents a new series of self-portraits by Veronika Bromová
that were inspired by the strength of the visual and spiritual imagery of ancient
Egyptian civilization. The exhibition centers around five large-scale photographs (130 x
200cm) dedicated to the Egyptian goddess Hathor, created with 3D graphic technology
and printed on canvas. The photographs were originally exhibited in Sweden in 2005-
2006 as a part of the traveling exhibition Content – the Handbag in Contemporary Art
(Kulturhuset, Stockholm, Art Museum Boras, Art Museum Sundsval).

In 2003, Bromová traveled to Egypt where, at the temple of Dender, about 70 km north
of Luxor, she discovered Hathor, the goddess of fertility and earthly pleasures, to whom
the temple is dedicated. While touring the site, she came across a large relief in the
stone of a woman carrying something made in the shape of an amphora, with what
looked like mushrooms sprouting out from the sides and which looked very much like a
small evening handbag… something to hold all the things that we cannot do without on
our journeys. “.…for me, it evoked a dark secret feeling; the feeling that it was an
object from which we can extract a secret substance, a psychotropic extract by which
one can be taken to some other dimension of sensory perception and to an
understanding of the never-ending splendor. A place that the ancient Egyptians dreamt
of, a place where they hoped and believed that they would wind up on their journey into
the afterlife. Like the Egyptian book of the dead, in which one finds the chapter about
leaving the material world for that of eternal splendor “.

Bromová‘s Hathor cycle of floating figures and strange objects in mysterious
environments in psychedelic colors evoke early sci-fi films and in this same way are at
once magical and endearing in their naiveté. Escape and dreams are, of course, not
the domain of children alone but like children we need something to hold on to on our
journeys. Something which is ours alone, like a security blanket – in this case the
handbag, every woman’s favorite accessory so versatile but at once very personal and
unique.

Veronika Bromova (born 1966 in Prague) is one the best known new media artists in
the Czech Republic. She has exhibited extensively in Europe and the United States,
represented the Czech Republic at the Venice Biennale in 1991, has work in major
Czech and European public collections, including the Prague National Gallery,
Pompidou Center in Paris and Museum for Modern Art, and since 2001 has headed up
the School for New Media II at the Academy of Fine Arts in Prague. She is a part of the
new generation of artists, who graduated from the art academies after the fall of
communism, which was centered around a strong core of women – including Kateřina
Vincourová, Marketa Othová, Štepanka Šimlová, Jana Vidová, Elen Řadová – who
impressed the newly emerging art scene with their fearless experimentation and use of
new technology and their unabashed, unapologetic, deep personal and intimate
statements.

Special thanks to ERCO Lighting GmbH.