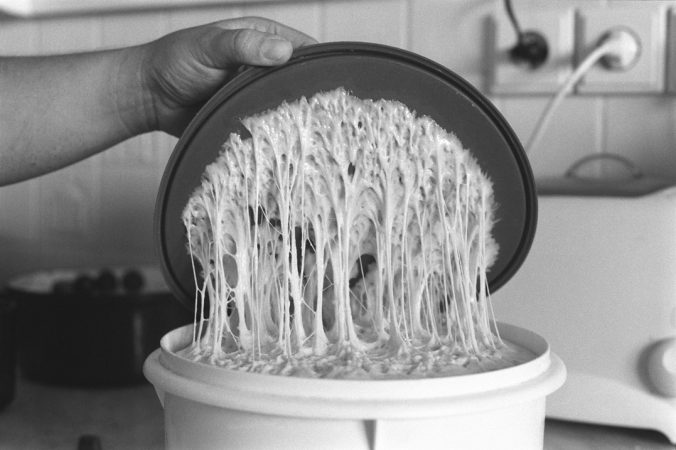 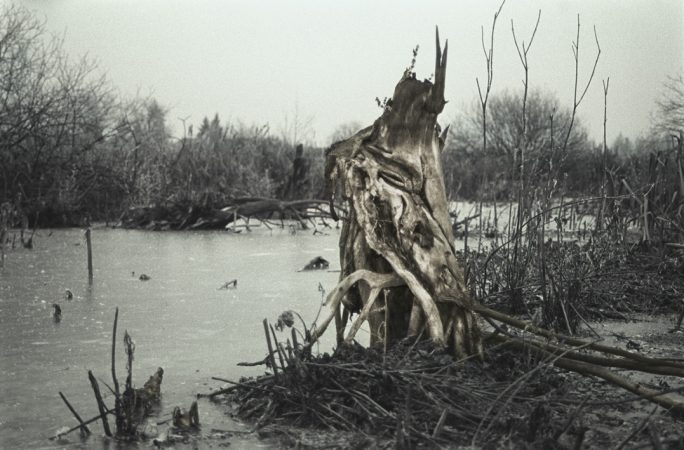 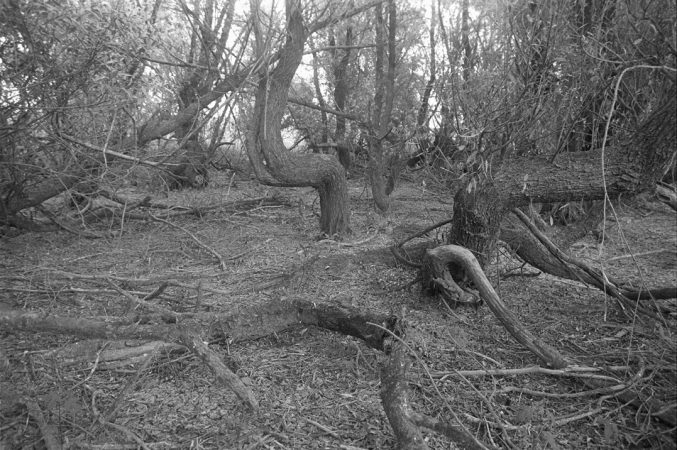 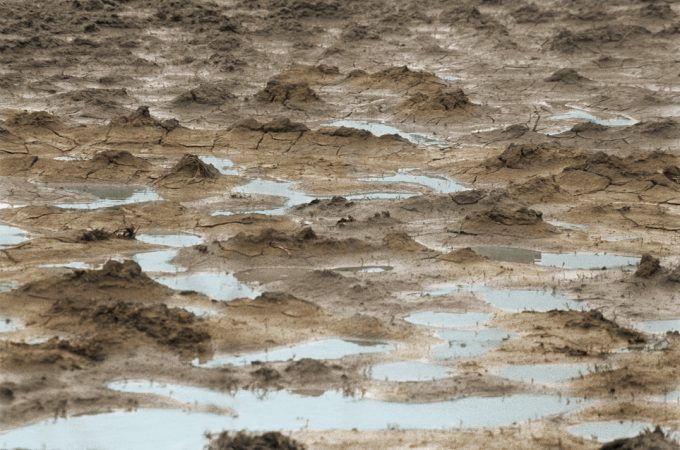 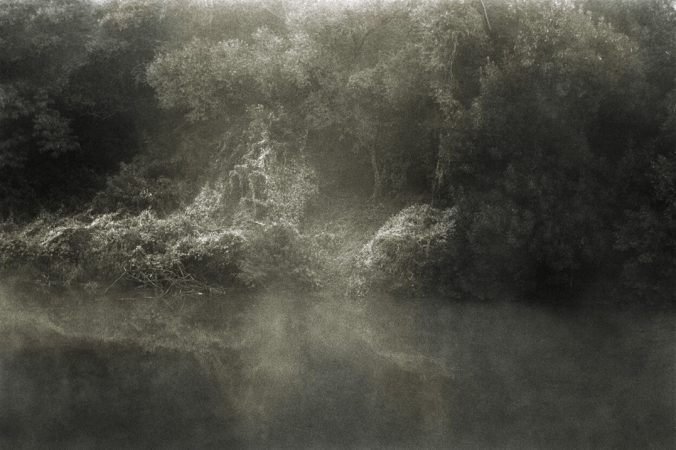 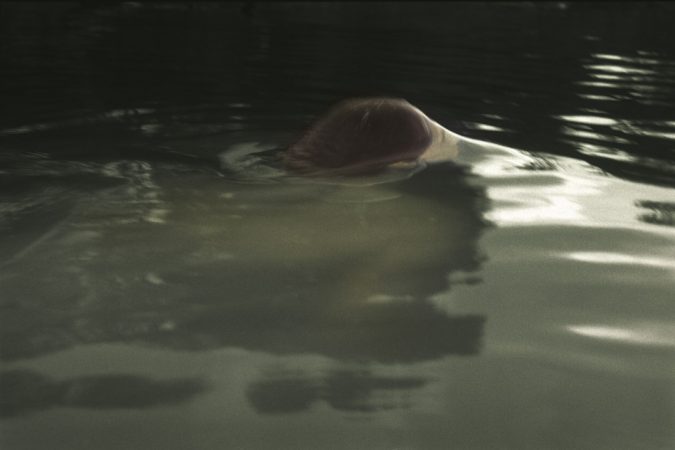 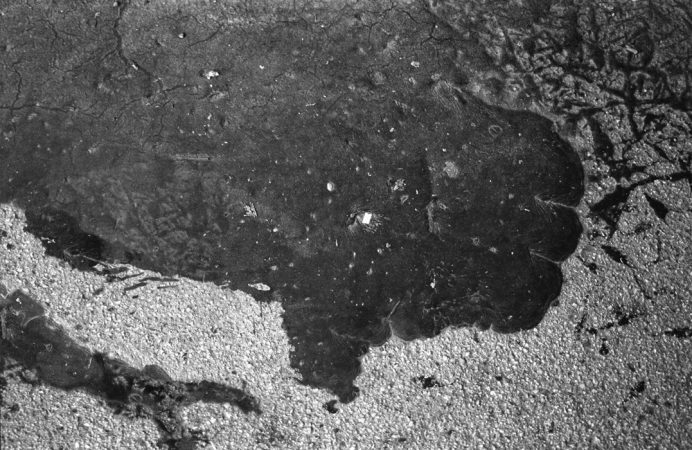 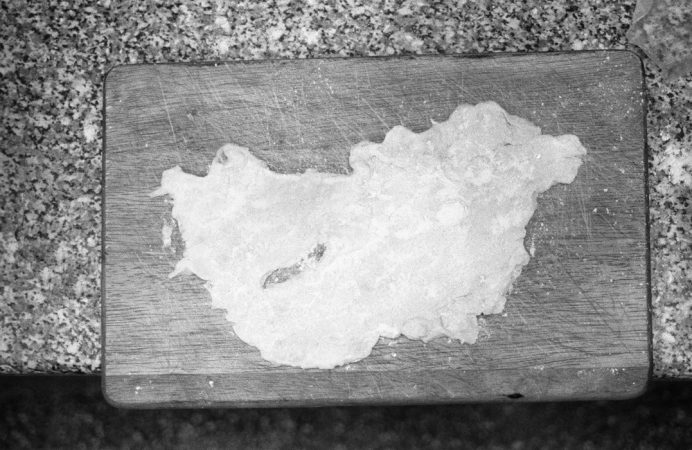 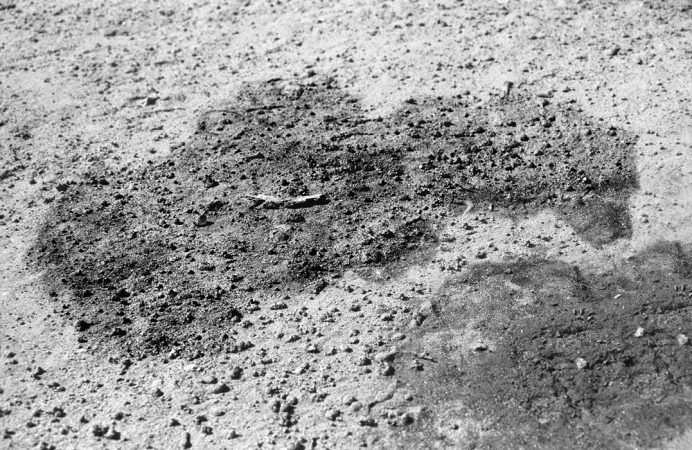 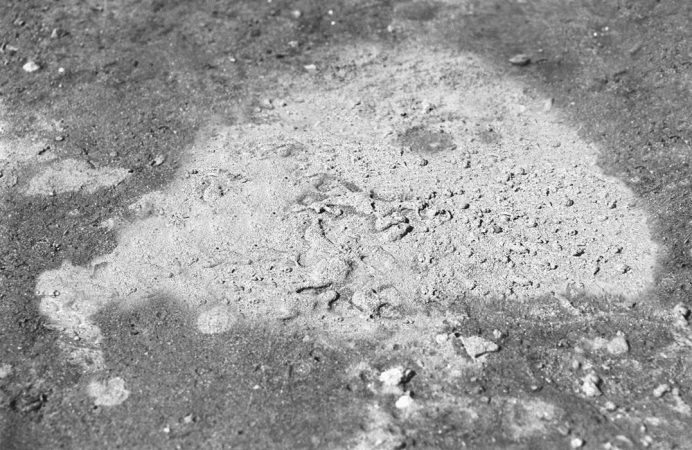 hunt kastner is very pleased to present a solo exhibition of new work by Viktor Kopasz entitled Late Harvest. The exhibition is composed of 3 series of black and white and hand-colored photographs: Late Harvest – still-lifes and landscapes taken in and around his home in Slovakia; Post History – a series of historical maps, hand-formed from natural materials, of the central European region; and Diary – a wall installation of small photographs from his signature diaries.

In this exhibiton, Viktor presents to us everything as landscape – some things made by nature,
some man-made, most a combination – from the shape of our daily bread, to ripples in water, to national borders. Our need to see and to give the world concrete shapes also gives way to
malleability and abitrariness and we stand in awe before this process of change. Viktor’s images are at once nostalgic, romanticized and even, at times, exotic but they are always firmly grounded in the real – that which is truly experienced and within reach, even if full of wonder.

Much of Viktor Kopasz’s work is inspired by the history and surrounding nature of his birthplace in Eastern Slovakia, near the borders of Ukraine and Hungary. His series of visual diaries, which he has been working on since 1989, incorporate text (often in his native Hungarian) and photographs and include some of his best known work. Several cycles of his photographs have been published in monograph catalogues – In the Jungle (1999), Kertelö (2004), and Shadowplay (2001). Since 1992, he has had numerous exhibitions in the Czech Republic as well as abroad, for example Finland, England, Germany and Slovakia, and he currently has a solo exhibition in Bratislava at the Open Gallery of the Center for Contemporary Arts Foundation.

Viktor Kopasz was born in 1973 in Královsky Chlumec, Slovakia. In 1988, he started his studies of photography at the School of Applied Arts in Košice and then moved to Prague, where he studied at FAMU (Prague Film and Television Academy, Department of Photography) from 1992-97, including one year at Middlesex University in London. He currently lives and works in Prague, leading workshops at FAMU and teaching photography at secondary art schools in addition to his own work, but returns home to Slovakia every summer.