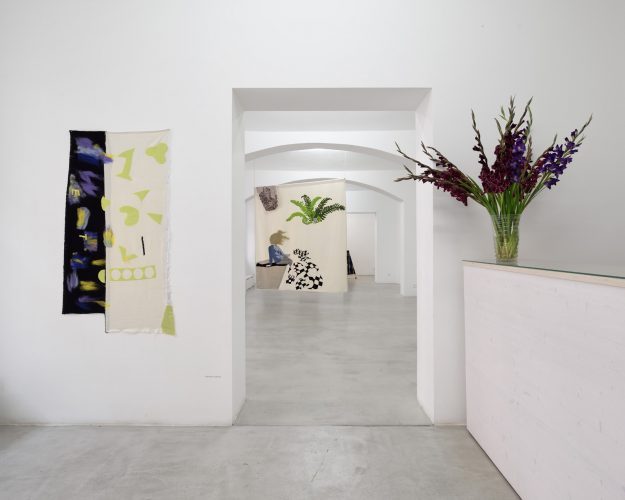 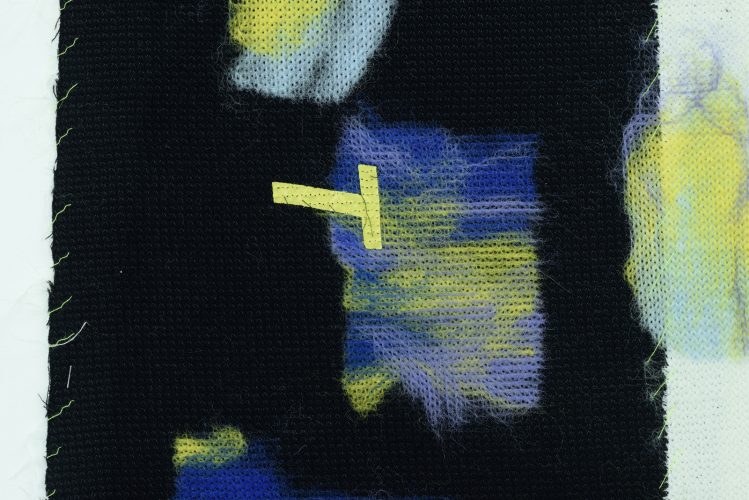 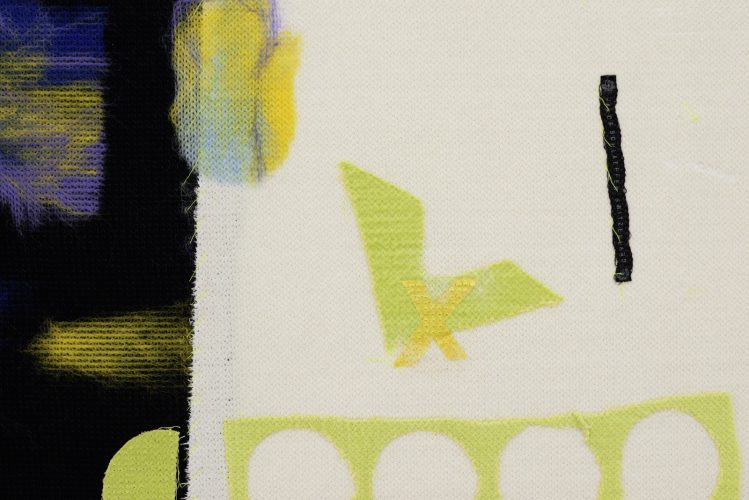 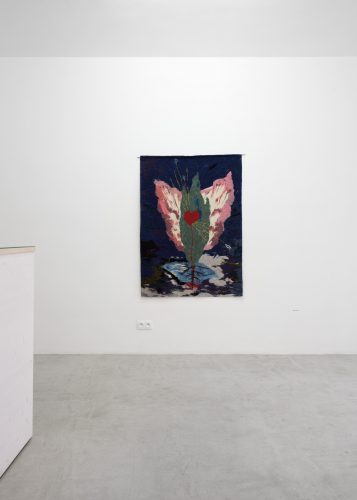 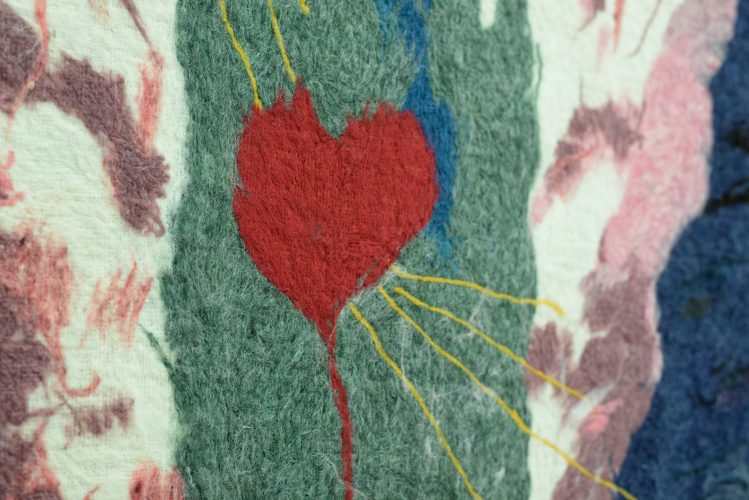 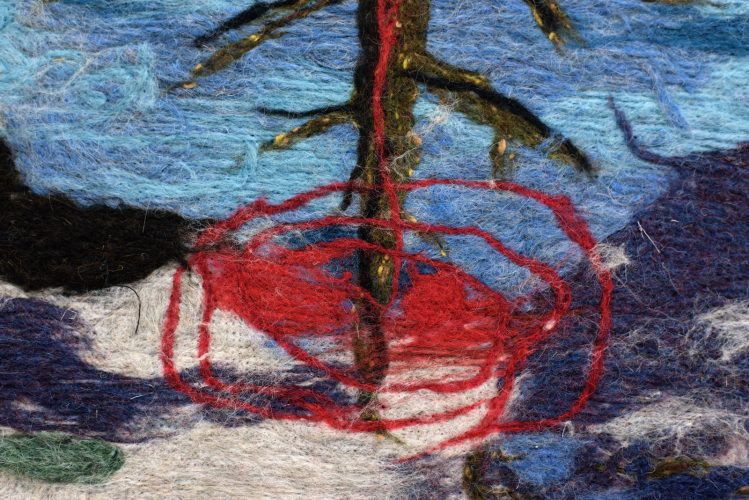 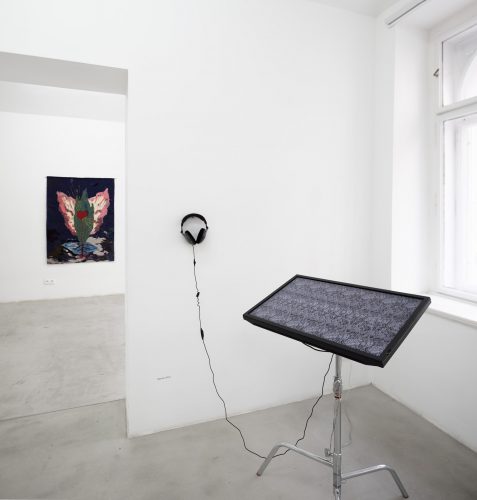 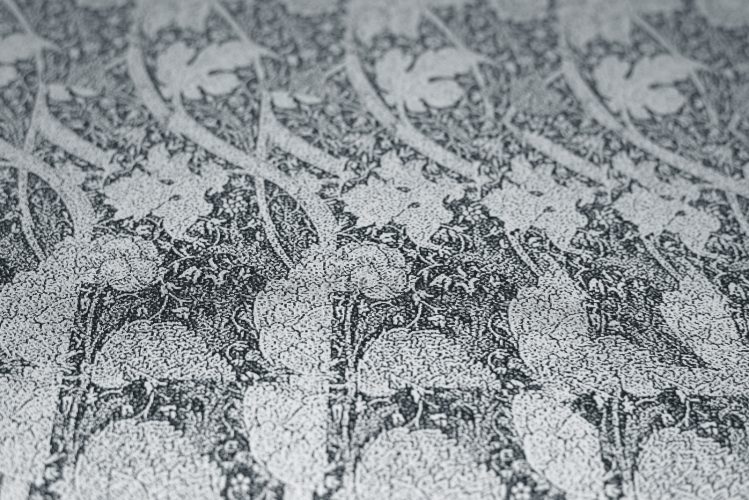 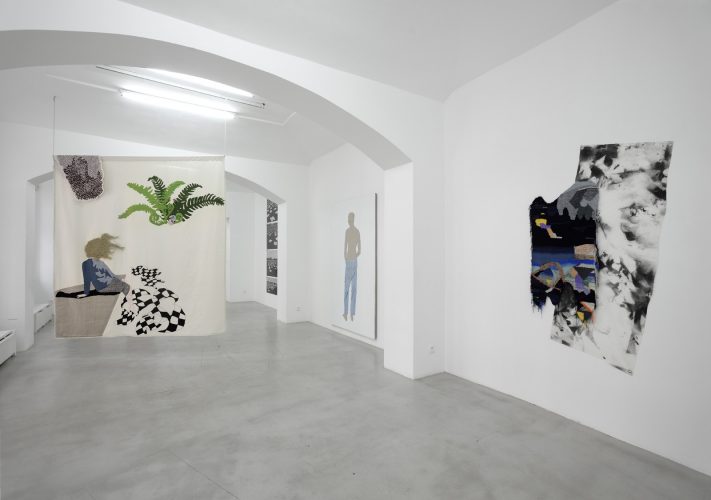 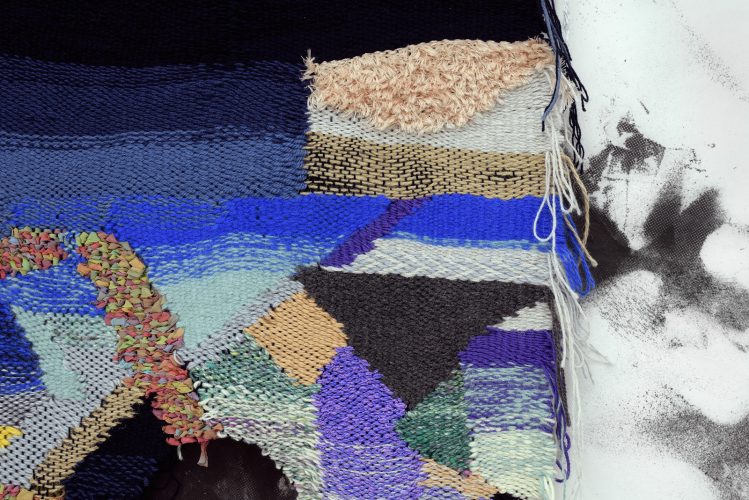 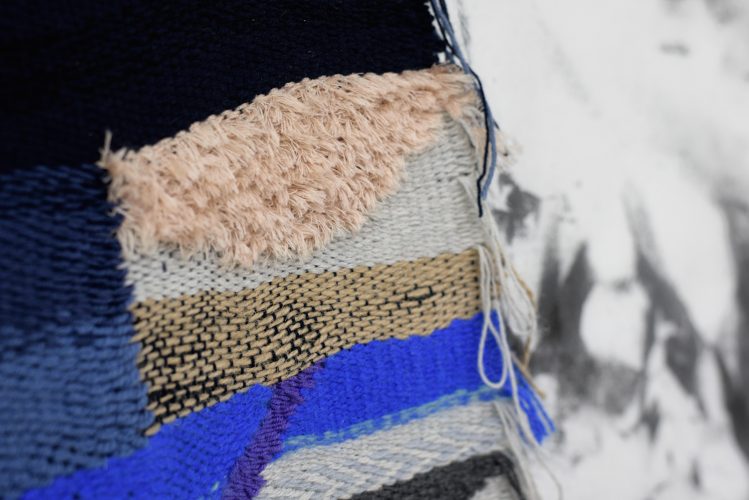 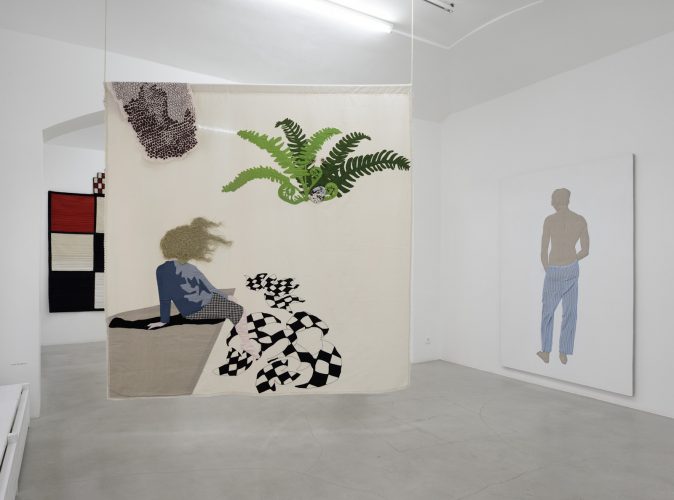 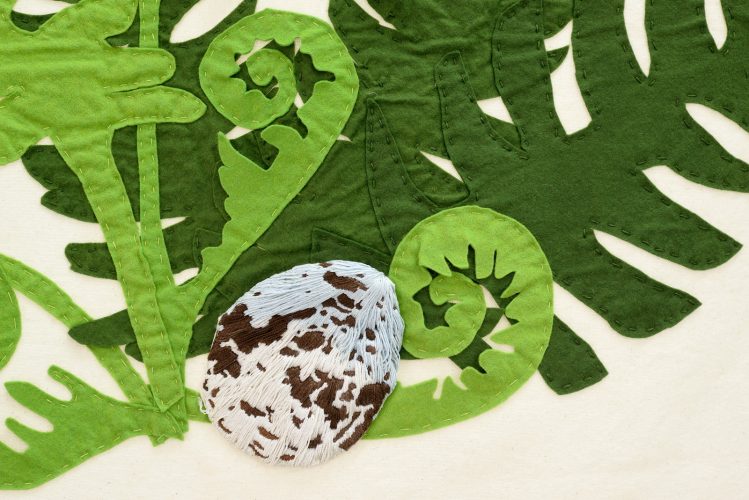 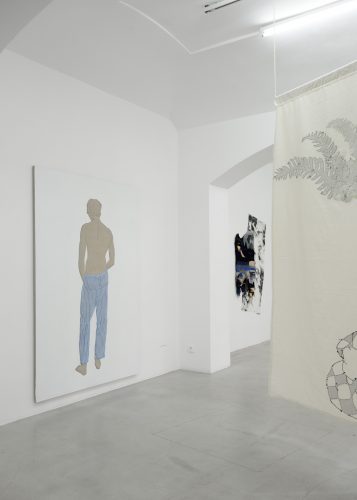 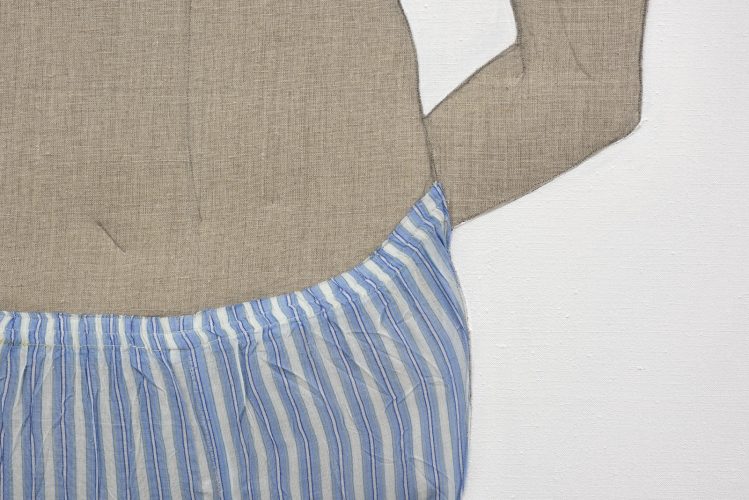 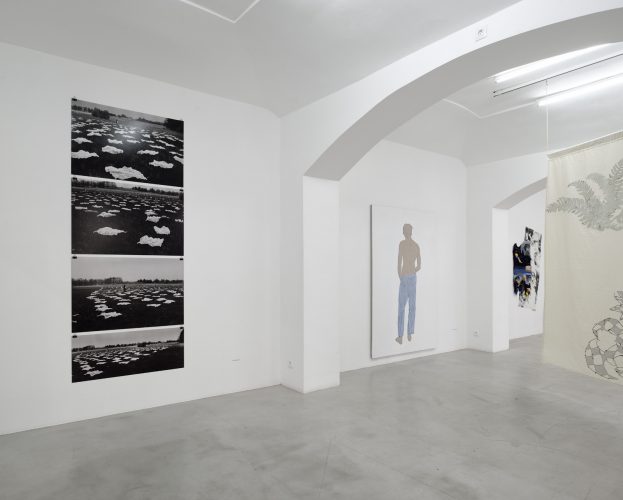 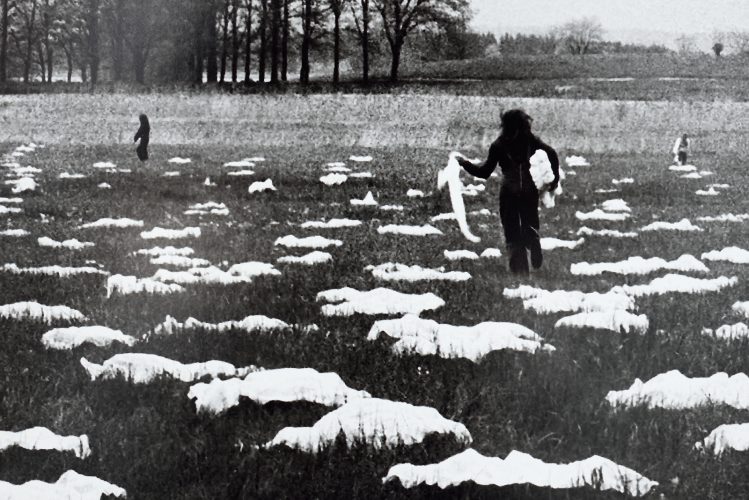 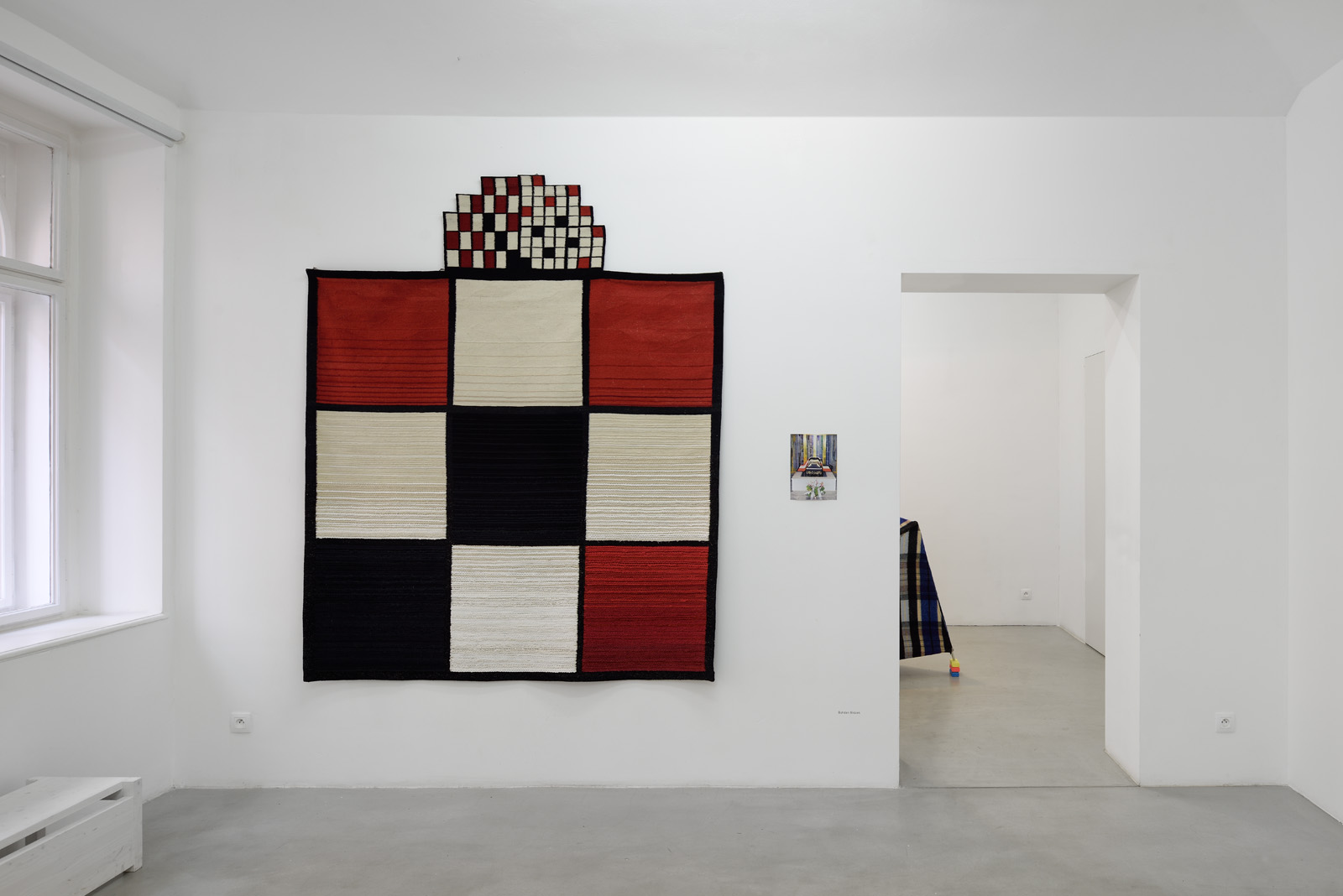 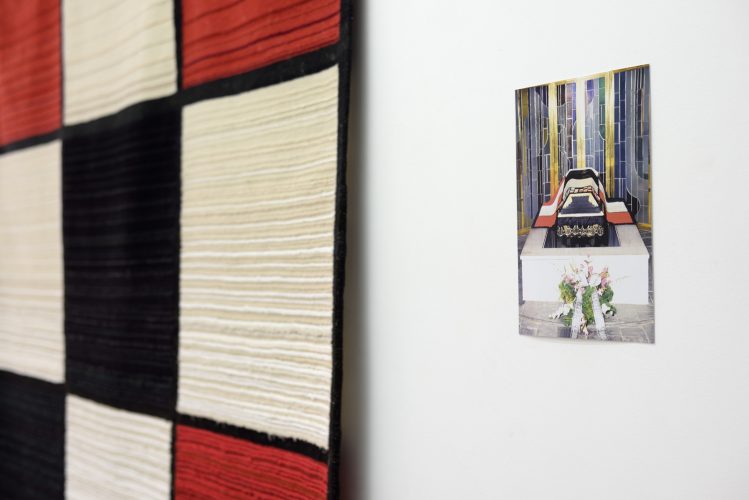 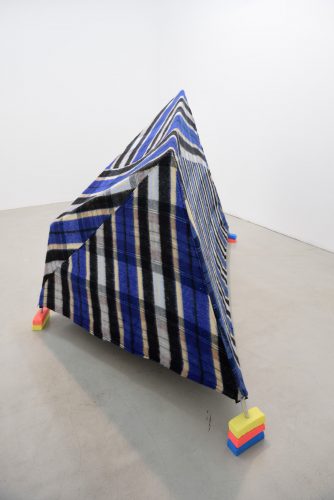 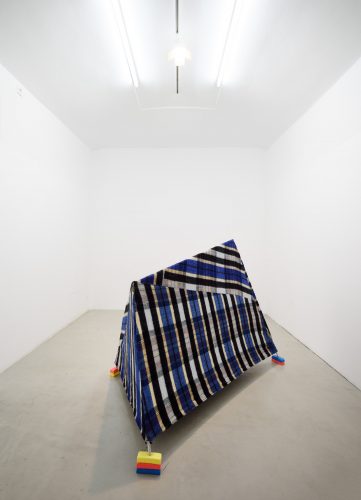 In the Spring of 1966, the New York gallery Seth Siegelaub Contemporary Art, focusing on abstract painting, closed its doors. Seth Siegelaub then began working on creating a new position for conceptual art by organizing projects for the artists Joseph Kosuth, Robert Barry and Carl Andre, among others. At his gallery, Siegelaub exhibited the younger generation of painters and abstract expressionists, such as Lawrence Weiner, Pierre Clerck, Ad Reinhardt and Robert Motherwell, and simultaneously sold Persian rugs for a period of time. How can these things be connected? Seth Siegelaub himself did not assign any great significance to it, but the fact that a few years later he dedicated himself to collecting books on textiles and, within a few decades, had also gathered a very valuable collection of historical European, as well as non-European textiles, led him to say that: “it is necessary to exhibit textiles so that people start thinking about them”. The last ten years has seen an unprecedented interest in the medium of textile. Key exhibitions up to now have always, either thematically or chronologically, relegated textiles in fine or applied arts to a special category, making sure to qualify these works as textile art.  Recently, textiles are becoming an integral part, not a side category, of many important contemporary art exhibitions, such as the Berlin Biennale in 2014, the Venice Biennale in 2013, or Documenta in Kassel in 2012. What has changed, most of all, is the idea of how to exhibit this medium. An important role is played by context of place; people are paying attention to the social and historical layers as well as the political ones, to questions concerning its precarious production and issues related to colonialism, for example. In the history of art there has always existed groups of artists with a penchant for textile; then alongside them arose so-called textile art or fibre art, with autonomous exhibitions in the 1960s and, even more significantly, in the 1970s. In When Textiles Become Form (by its title expressing a landmark in sculpture), we wanted to look at several possible approaches to the use of textiles by artists across the generations. In some cases, the approach is about the materiality of the textiles themselves and technique, while in other cases it is about episodic searches when a context arises that connects the contemporary, post-internet with handmade tendencies, while still other works make use of certain phenomena connected with textiles, their history and principles.

Zorka Ságlová (1942-2003) studied textile at the Academy of Art, Architecture and Design in Prague under Professor Antonín Kybal, and was active in the underground movement of the 1960s. Although she was never officially recognized as a textile artist, textiles were at the core of her artistic thinking. Laying Diapers at Sudoměř (1970) is connected to several land-art happenings at the time, and has been categorized as one of the most significant exhibitions of Czech action art. It refers to the Hussite battle, which took place at this location, when, according to legend, Hussite women laid their scarves on a swamp to trip up the enemy. The 700 cut cloths on a meadow references women’s role, creating a huge textile picture in the landscape in a composition that is also characteristic of Saglová’s other work.

Bohdan Mrázek (1931-2009) also graduated from Kybal’s studio at the Academy of Art, Architecture and Design in Prague and belongs among the most expressive individuals of Czech tapestry of the 1960s and 70s. Similarly to Polish developments in textile art of the 1960s (which at that time represented a breakthrough in the global context), Mrázek experimented with space, structure and materials, and together with Jindřich Vohánka, combined the process of weaving itself with performance. The tapestry Metamorphosis of Czech Tapestry from the 1990s, woven with the classic technique of weft rep using a metal chain, refers to the grid layout form, thus a kind of basis for the weaving process, which can also be understood as the foundation for textiles as such. In the 1990s, Mrázek observed with dismay the collapse of the textile industry, textile art and a loss of faith in the medium itself. In 1996, Mrázek staged a ‘textile funeral’ (documented by photographs) with a coffin draped by Metamorphosis of Czech Tapestry.

Johana Pošová (1985) is a graduate of photography from the Academy of Art, Architecture and Design in Prague.  The work exhibited here was first shown at Fait Gallery, Brno in 2014 in a solo exhibition entitled Mokrý, mokrý (Wet, Wet). Pošová devotes herself to abstract photography, combining it with her own hand-woven tapestries. Her creative process is a combination of consciously controlled actions, and an uncontrolled impulsive process. Pošová weaves the waft according to a pre-selected design mapped by a precise technological, photographic approach. The antipode of which is a freedom in selecting colors and abstract shapes, and improvisation with photography combining photo-emulsion and uncontrolled illumination by sunlight.

Art protis and ara décor are textile technologies that were developed at the Research Institute for Wool in Brno at the end of the 1950s. These are Czech inventions in the area of non-woven textiles, material which offer artistic possibilities that have been compared with those of painting and a style that contributed to the contemporary trend of art informel. Its depreciation in the 1970s and 80s caused its gradual disappearance. Examples of works from the fashion designer Karolína Juříková and Sráč Sam symptomatically refer to these phenomena and provide a kind of rediscovery of the mythical red thread.

With Karolína Juříková (1988) we are seeing an artistic preparation of materials that are later used in her fashion collection. Her collage is at once a dictionary of possibilities and, at the same time, a random poetic game. The activities of Sráč Sam (1969) are diverse and her artistic activity is considered part her social project “Vision for a New Culture and its Place”. Sráč Sam’s realizations in ara décor point to archetypes of form.  She is also focused on the revival of this technique within the framework of residencies, which she organizes at the artist Milada Hynková’s workshop.

Michal Pěchouček (1973), a graduate of the Art Academy in Prague, is exhibiting a textile panel from his series entitled Time for Bed, 2009. His soft textile reliefs, with almost fetishist applications, using actual clothing, open a very rich narrative, and the Czech title of “Večerka” conjures childhood memories, some positive, some perhaps also negative – isolation on school trips, summer camps and boarding schools. Pěchouček is versatile in concept and technique but always anchored in his capacity for sensitive communication with his audience.

Lucile Desamory (1977) is a self-taught artist living in Berlin. She works at the borders of film, animation, theater, and performance. Her paper collages and tapestries use narrative where embroidery and application create surrealistic stories, uniquely intersecting distinct elements and meanings.

Alicja Bielawska (1980) graduated from Warsaw University and the Gerrit Rietveld Academie in Amsterdam. She creates objects, installations, and artistic books. Her work often uses textiles for their very specific tactile quality and also for their ability to visualize the idea of memory, and to bear an element of the unconscious. Her object/sculpture Mont Sainte-Victoire refers to the mountain in Cézannes’ landscapes; its strange monumental shape disrupts the play of the blanket’s geometric design, and complicates perception of individual spatial planes, the base ironically gives the impression of colored modeling clay fulfilling a somehow foundational function.

Mariana Silva (1983) is a Portuguese artist living in New York.  She is a graduate of the Faculty of Fine Arts at the University of Lisbon and of UDK, Berlin. In her work, she engages various socio-political mechanisms that co-create the visible world and define culture. She creates site-specific installations and videos. Warp, Weft and Web animates a pattern of William Morris’, the main representative of the Arts and Crafts movement and a famous textile designer. More than the pattern of the fabric itself, Mariana Silva is interested in questions concerning manual labor, collective behavior in factories and its relationship to the technology of weaving machines.