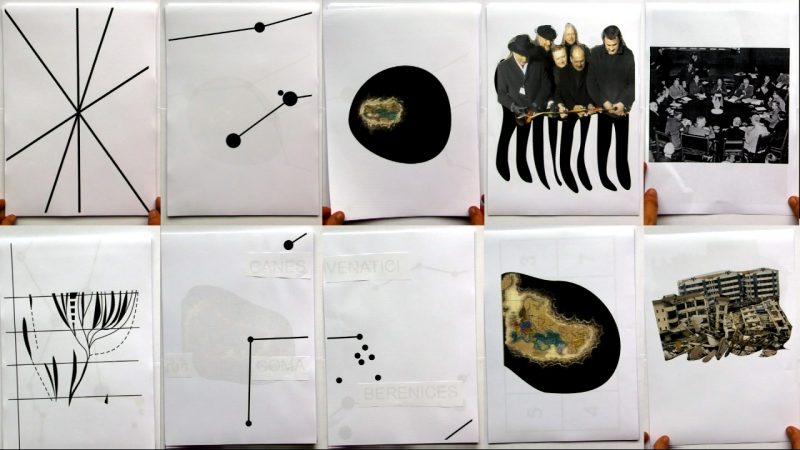 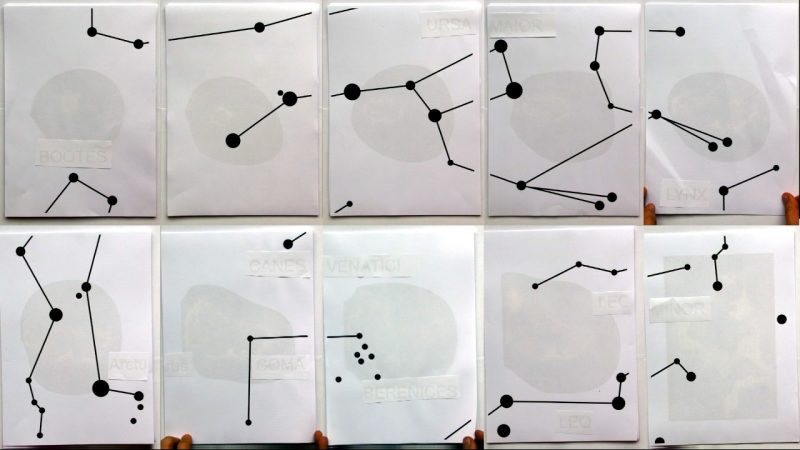 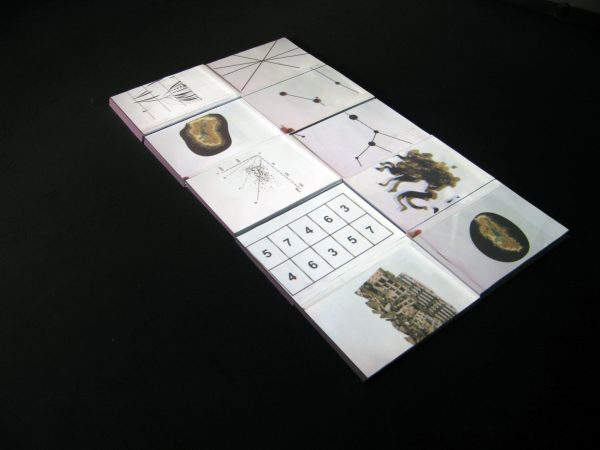 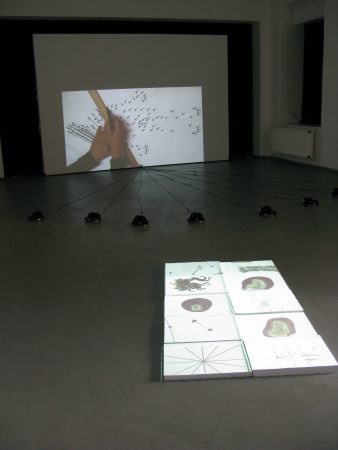 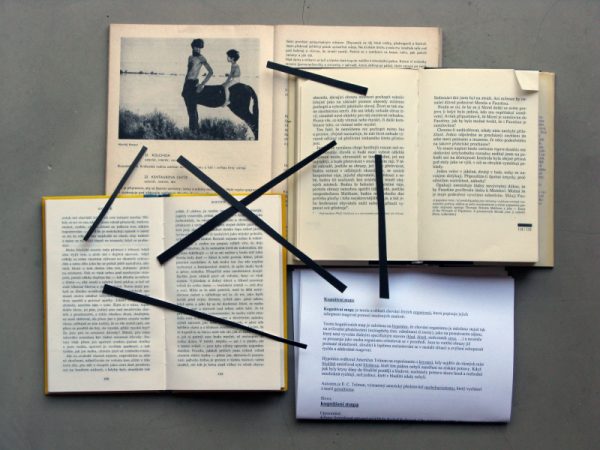 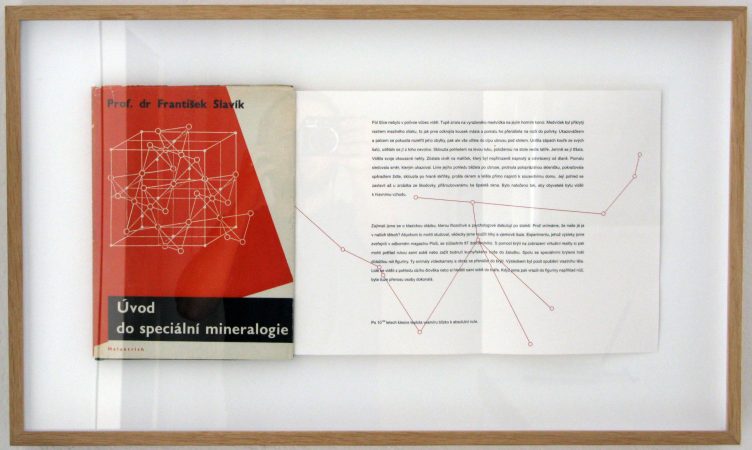 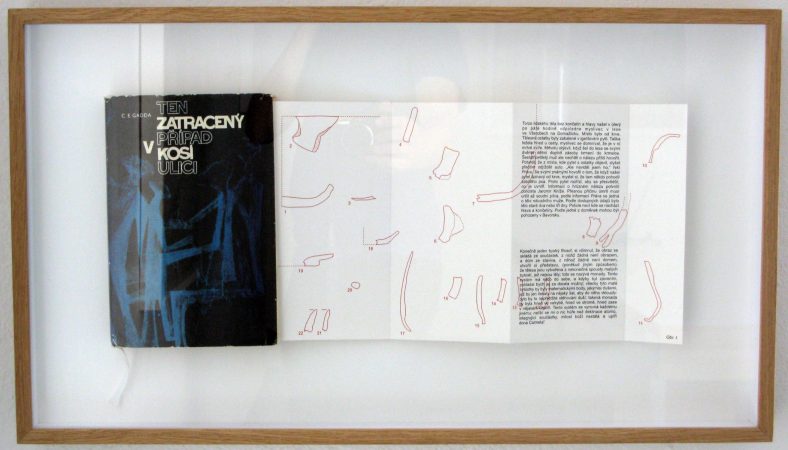 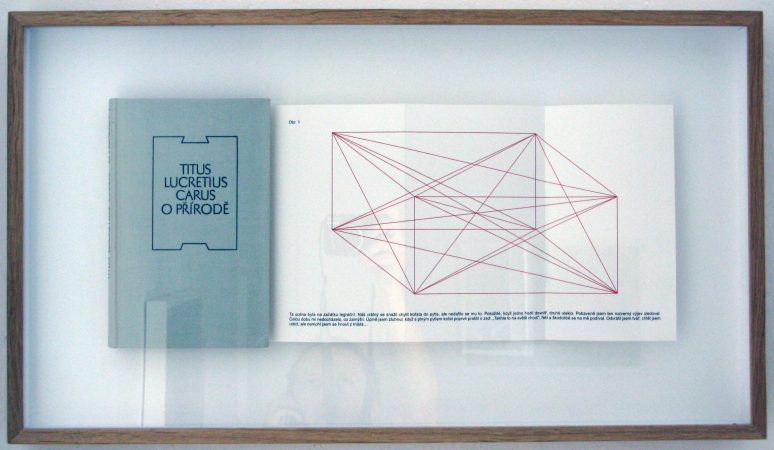 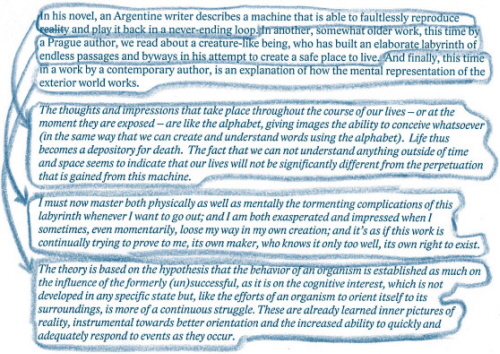 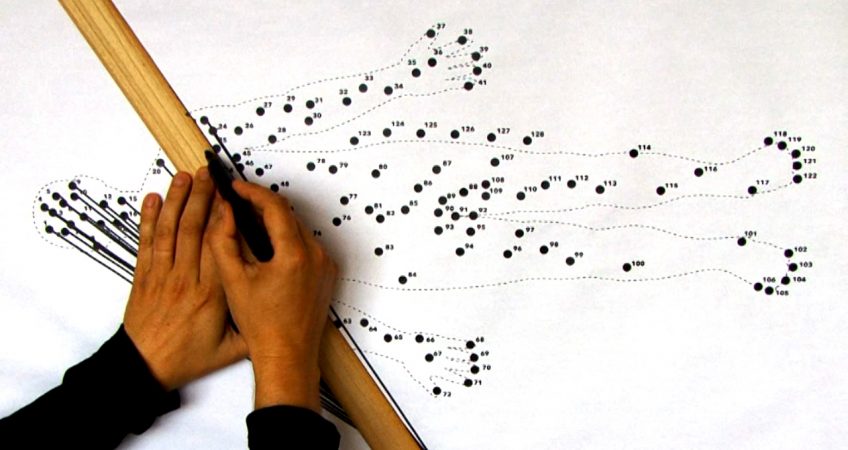 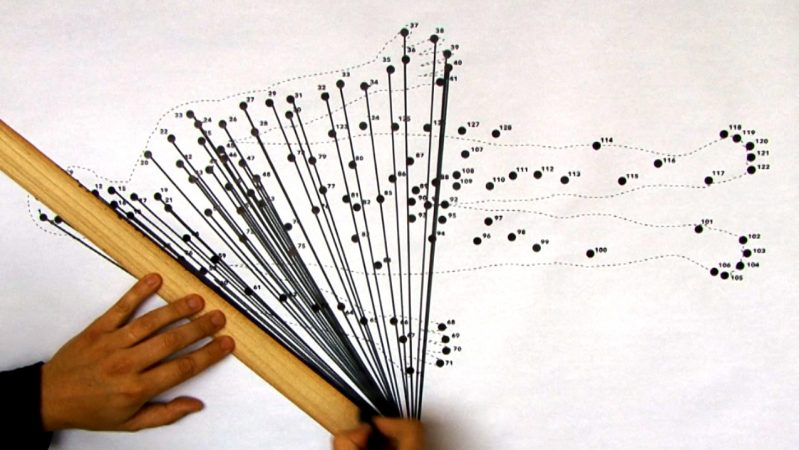 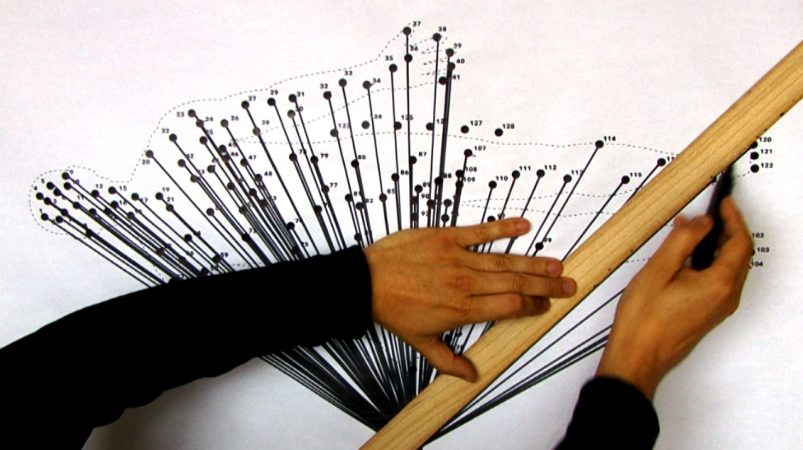 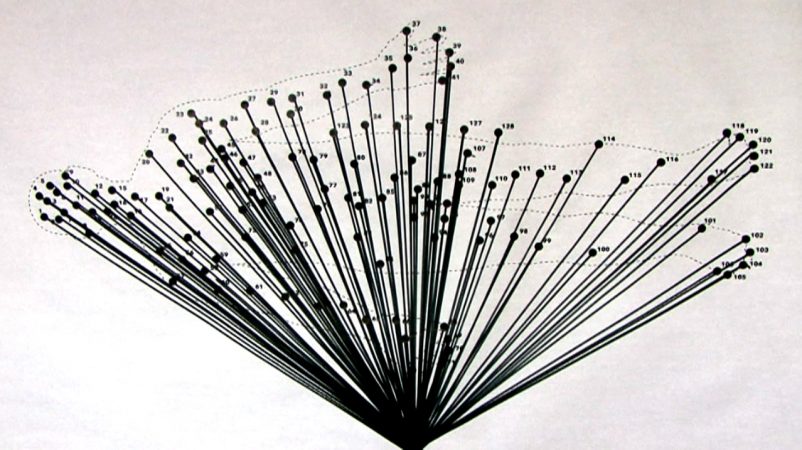 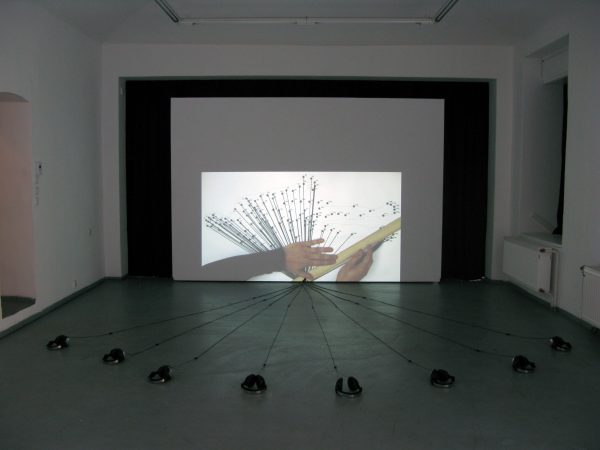 In 2004, the Czech art historian, David Kulhánek, used a quotation by Gilles Deleuze in an introduction to an article about the artist’s work in Umělec magazíne: “In art, as in society and the individual, one can find specific maps. Some lines present something, others are abstract. Some are with segments, others without… We think that the lines are constitutional parts of the things and events. Therefore everything has its geography, its cartography, its diagram.” (Gilles Deleuze, An interview with thousand facets, in: Rokovania 1972 – 1990, Archa, Bratislava, 1998).  Even five years later, it would be difficult to find a more appropriate introduction to Baladrán’s work.

In this day and age of the ubiquitous GPS, the idea of creating and using cognitive maps – mental maps, guides or models – could almost be considered archaic.  Cognitive maps are a method that we use to construct and store spatial knowledge in our memories, allowing the “mind’s eye” to visualize, code and store information, and then recall, decode and make use of it at a later date, when needed. The term cognitive map was first used by the American psychologist Edward Tolman in his studies of spatial learning and cognitive behavior.  His research, from 1948, showed that rats quickly learn their way through complex mazes by storing spatial maps of both the individual turns and passages, as well as the overall layout of the maze in their memory.

Zybněk Baladrán has often been described as an archaeologist of knowledge and memory, and I think it is safe to say that he has always been fascinated by diagrams and maps, which he uses in his work as a representational means to visualize concepts, ideas and relations in a structured and clear way.  The 3 video installations in the exhibition are themselves cognitive maps, made up of coded and stored fragments and ideas that are still connected through lines of association.  Using recall and playback of the individual data, it is possible to build a bigger picture, as a key to understanding the interconnectivity between the past, the present and the future. This kind of introspection – we hope and pray – will never become out of date.

Zbyněk Baladrán (born 1973 in Prague), studied art history at the Charles University Philosophical Faculty in Prague from 1992-2007, and from 1997-2003 at the Prague Academy of Fine Arts in the studio of visual communication under Jiří David, painting studio of Vladimír Skrepl, and new media studio under Veronika Bromová. He is one of the co-founders and a curator of Galerie Display, which was established in Prague in 2001, and in 2007 merged with Tranzit.cz into Tranzitdisplay, where he continues to oversee the exhibition program.   He is also the co-curator, with Vít Havranek (director of tranzit.cz), of the project and exhibition Monument to Transformation, a 2-year research project on social transformation that was presented this year at the Prague City Gallery, and which will travel to several other locations in Europe and the U.S. later this year. Baladrán is also a part of the team of curators (Alexandria Contemporary Arts Forum, Chamber of Public Secrets and Tranzit.org) for Manifesta 8, which will be held in Murcia, Spain in 2010.

Baladrán has exhibited extensively both in the Czech Republic – Biennale of the Young (2005, 2008); Prague Biennale (2007, 2009), Chalupecky Award Finalists (2004, 2005, 2007, 2008); as well as internationally – Manifesta 5 (2004), Kunsthaus Basel (2005), Apex Art in New York (2006), Frankfurter Kunstverein (2006), Index Foundation Stockholm (2007), Secession Display Case in Vienna (2008). His most recent solo exhibitions (in 2008) include Time Crunch at castillo/corrales in Paris, What History Do They Represent? (with Vangelis Vahos) at  Blow de la Barra in London, and Instruments of Uncertainty at the městske kulturní domy in České Budějovice.  His work can also currently be seen at the 3rd Moscow Biennale at the Solyanka Gallery, until October 25th.