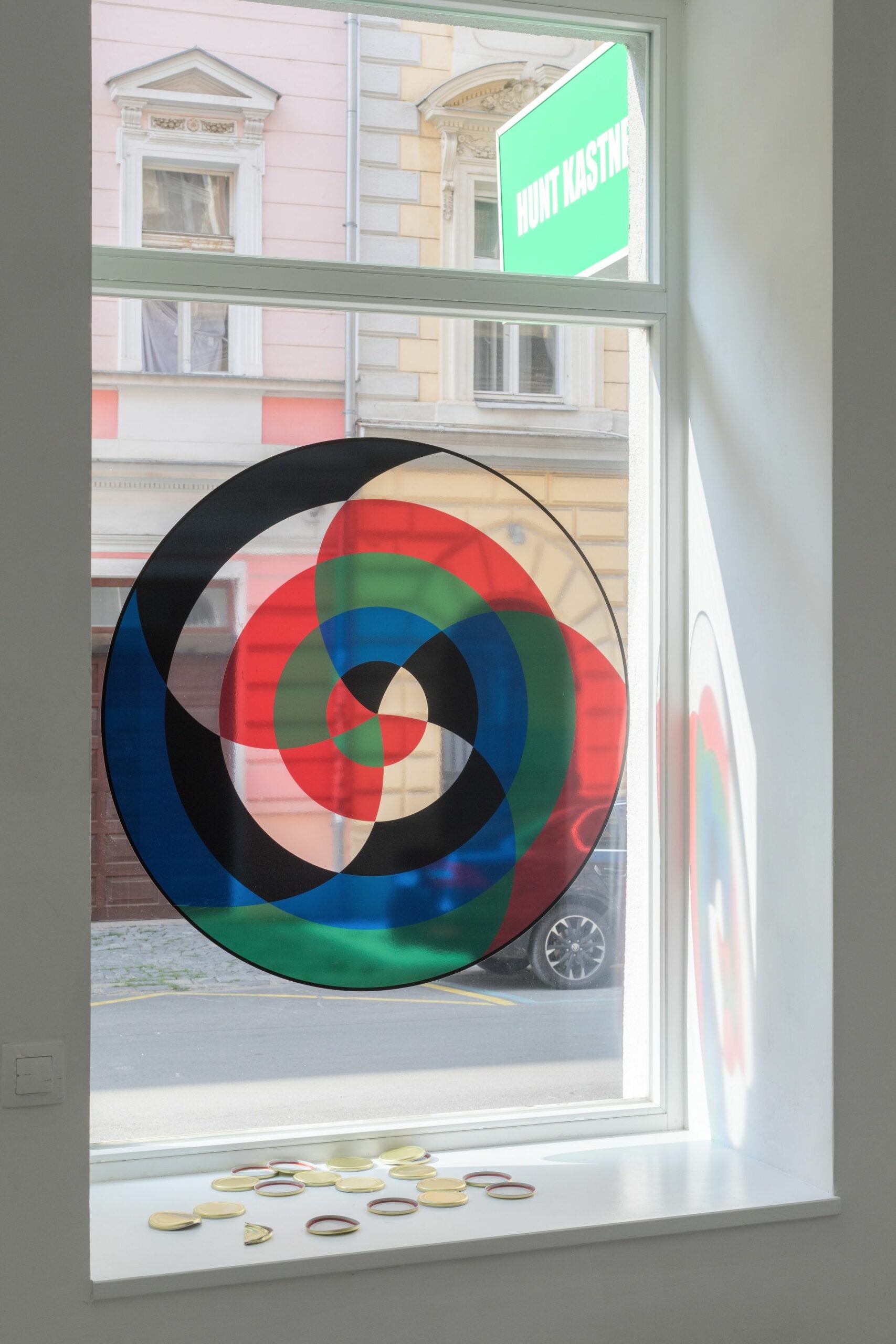 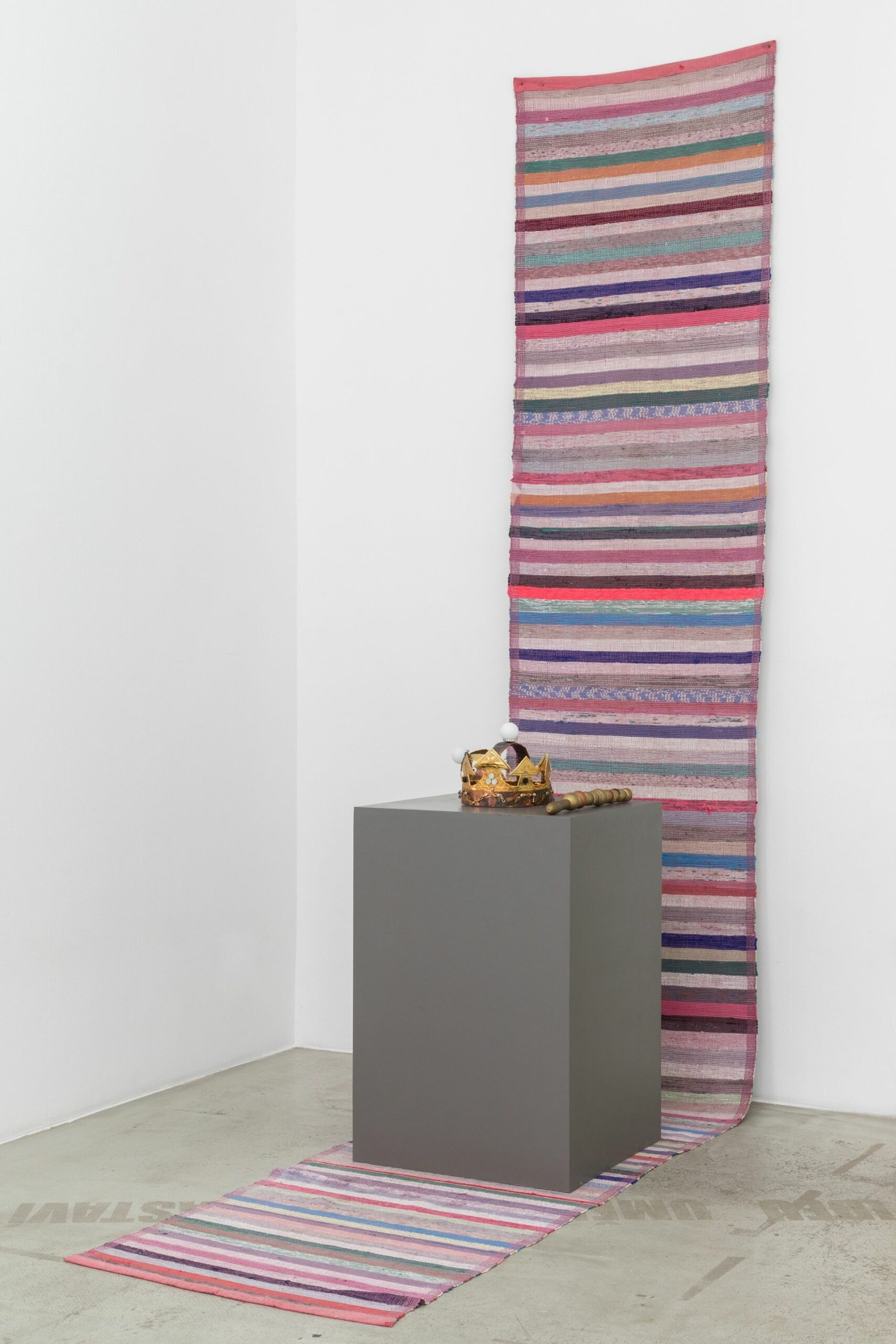 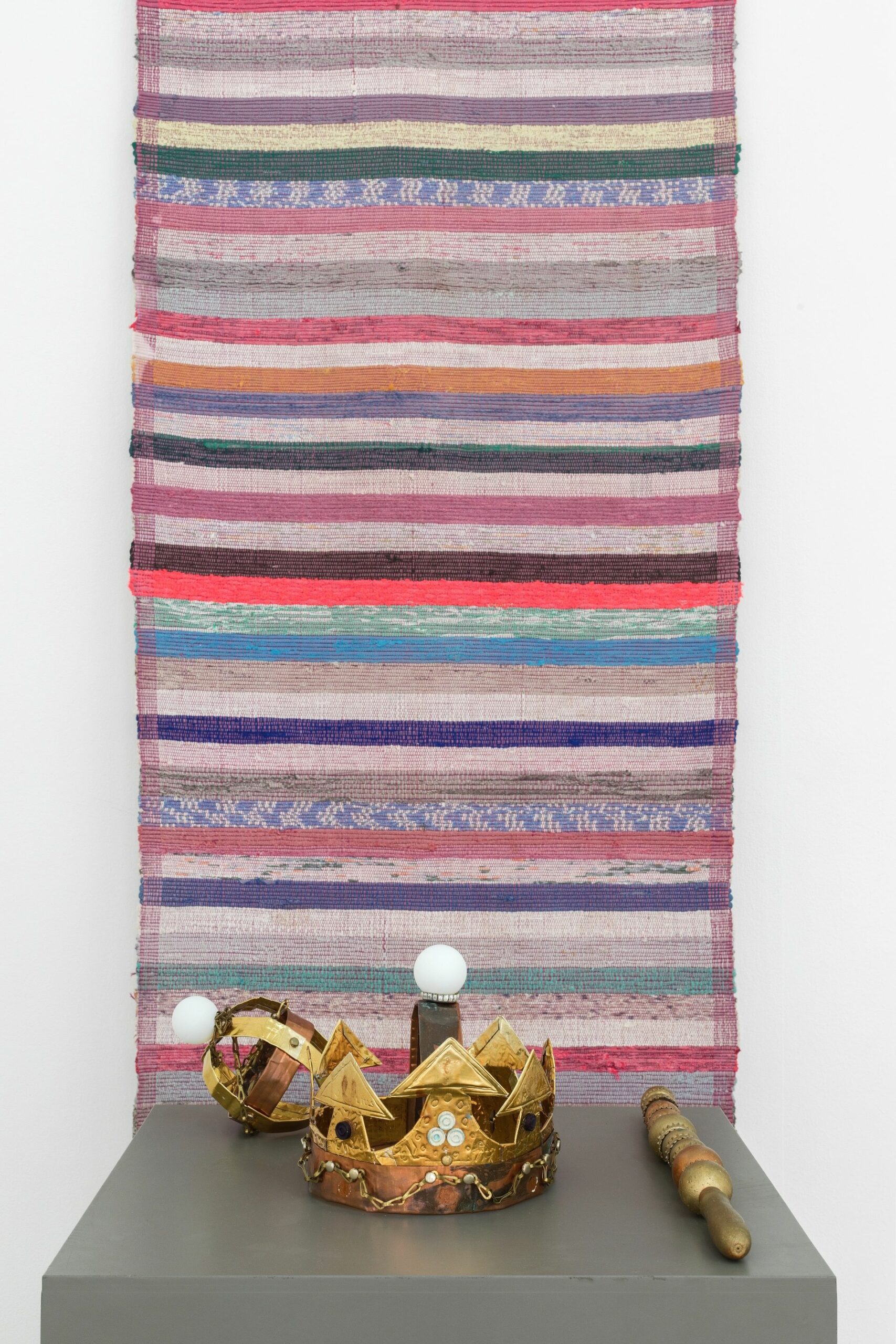 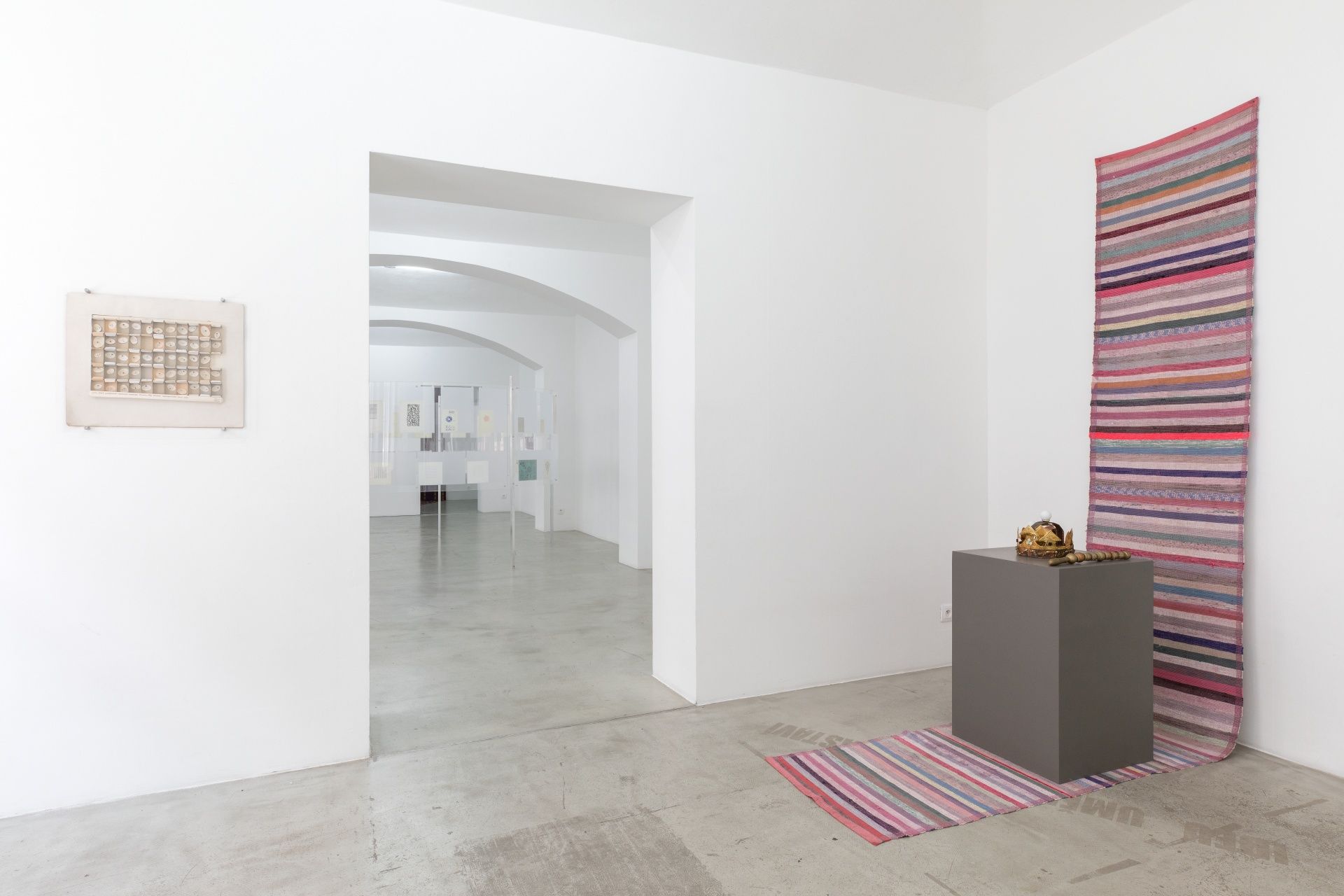 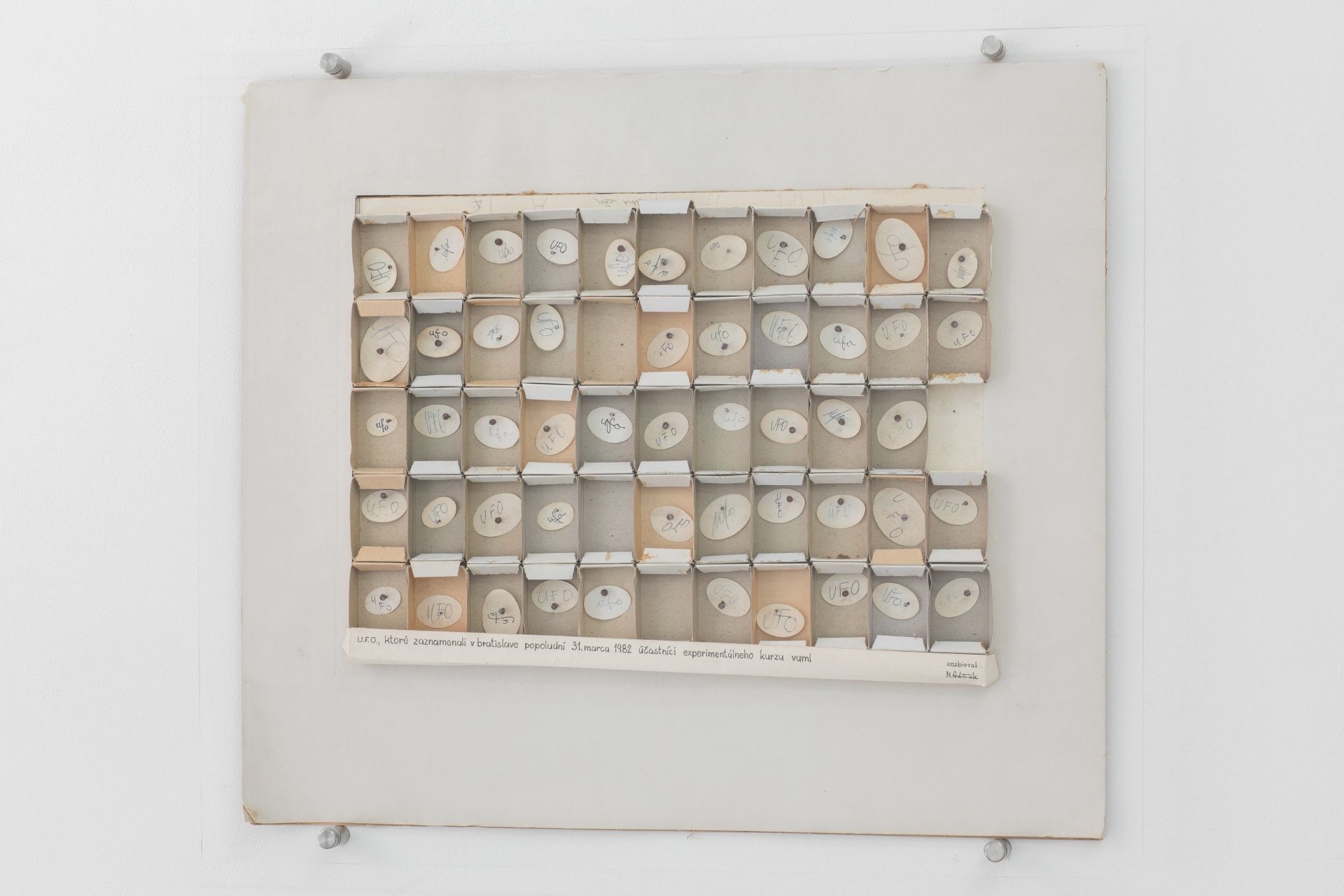 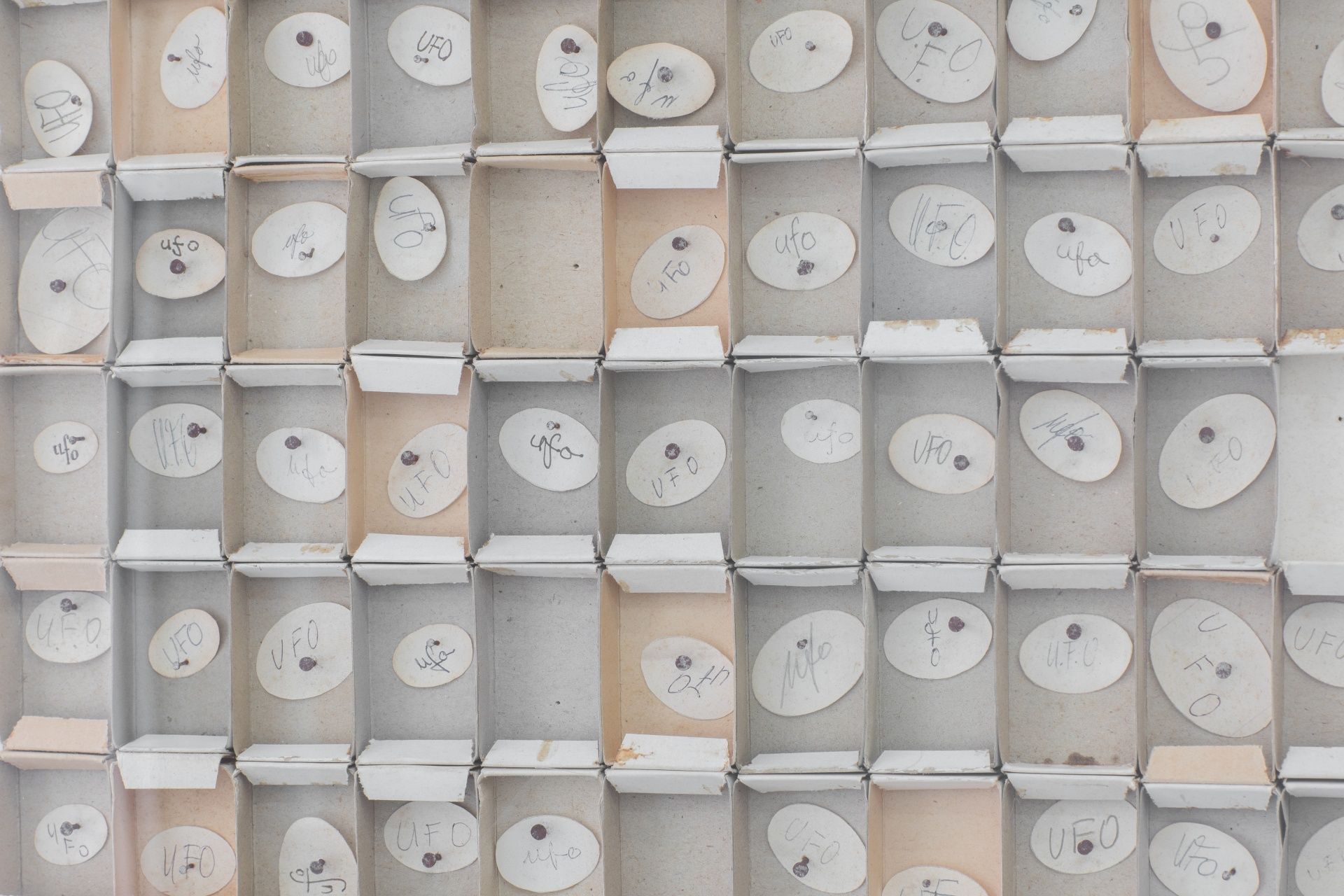 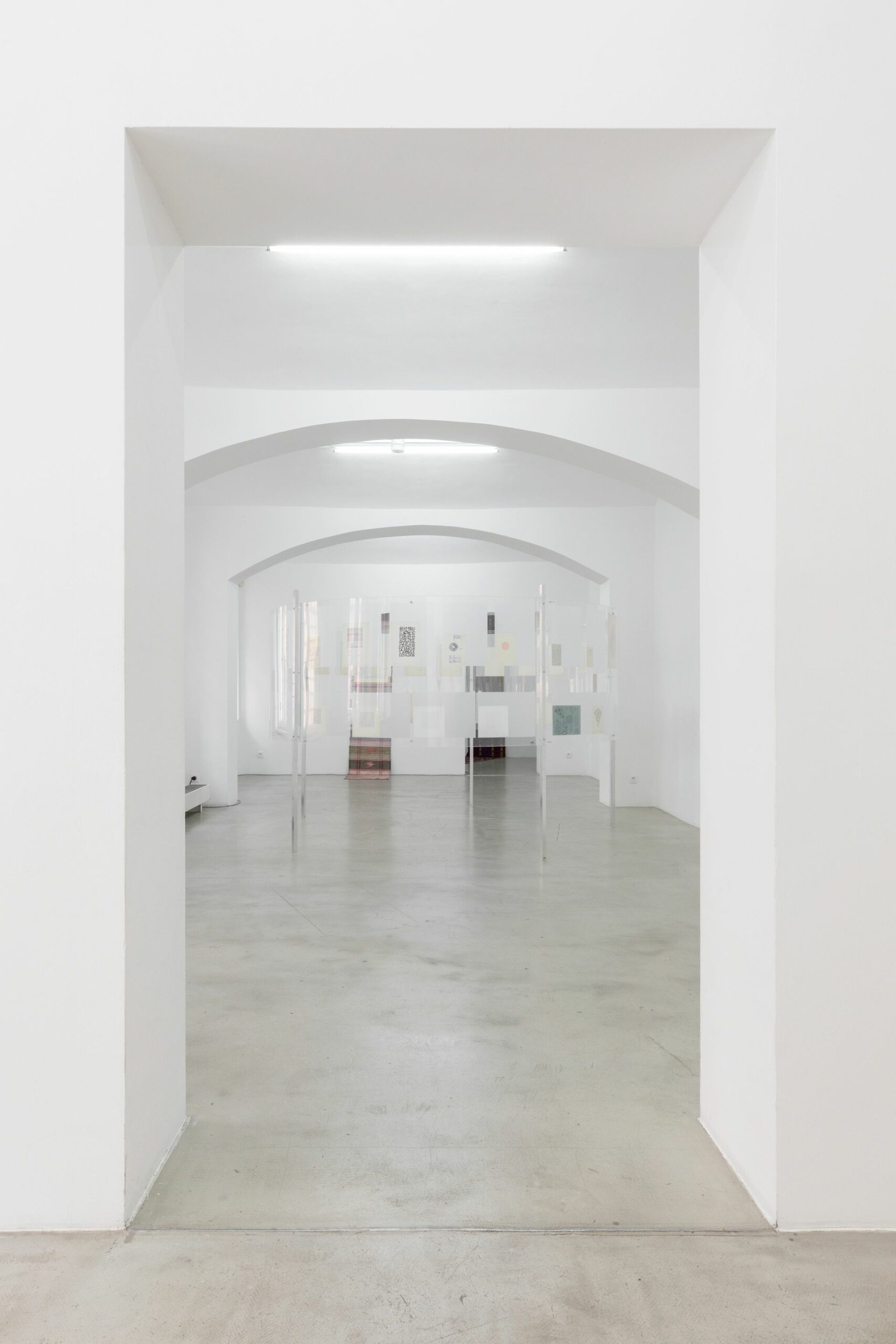 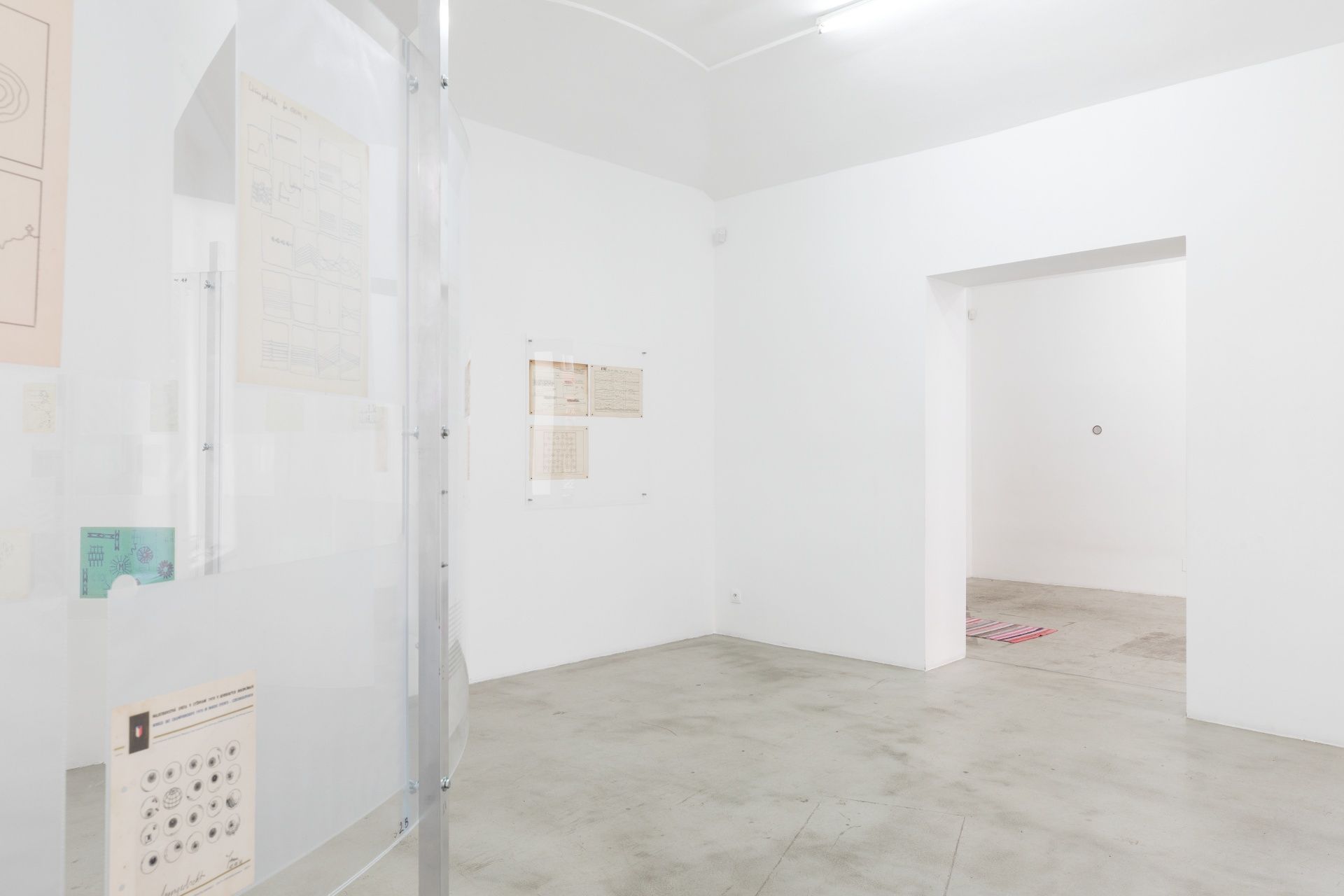 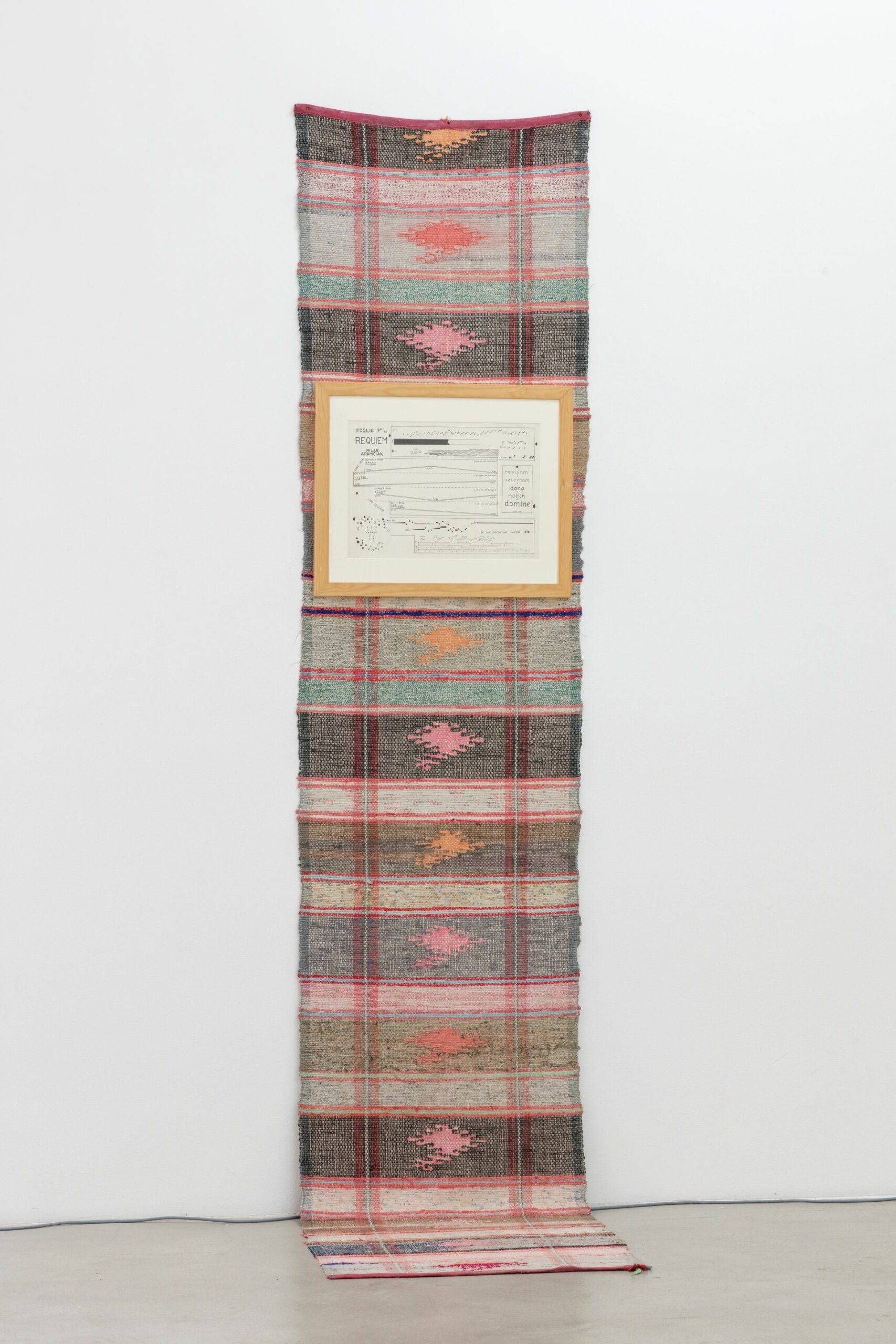 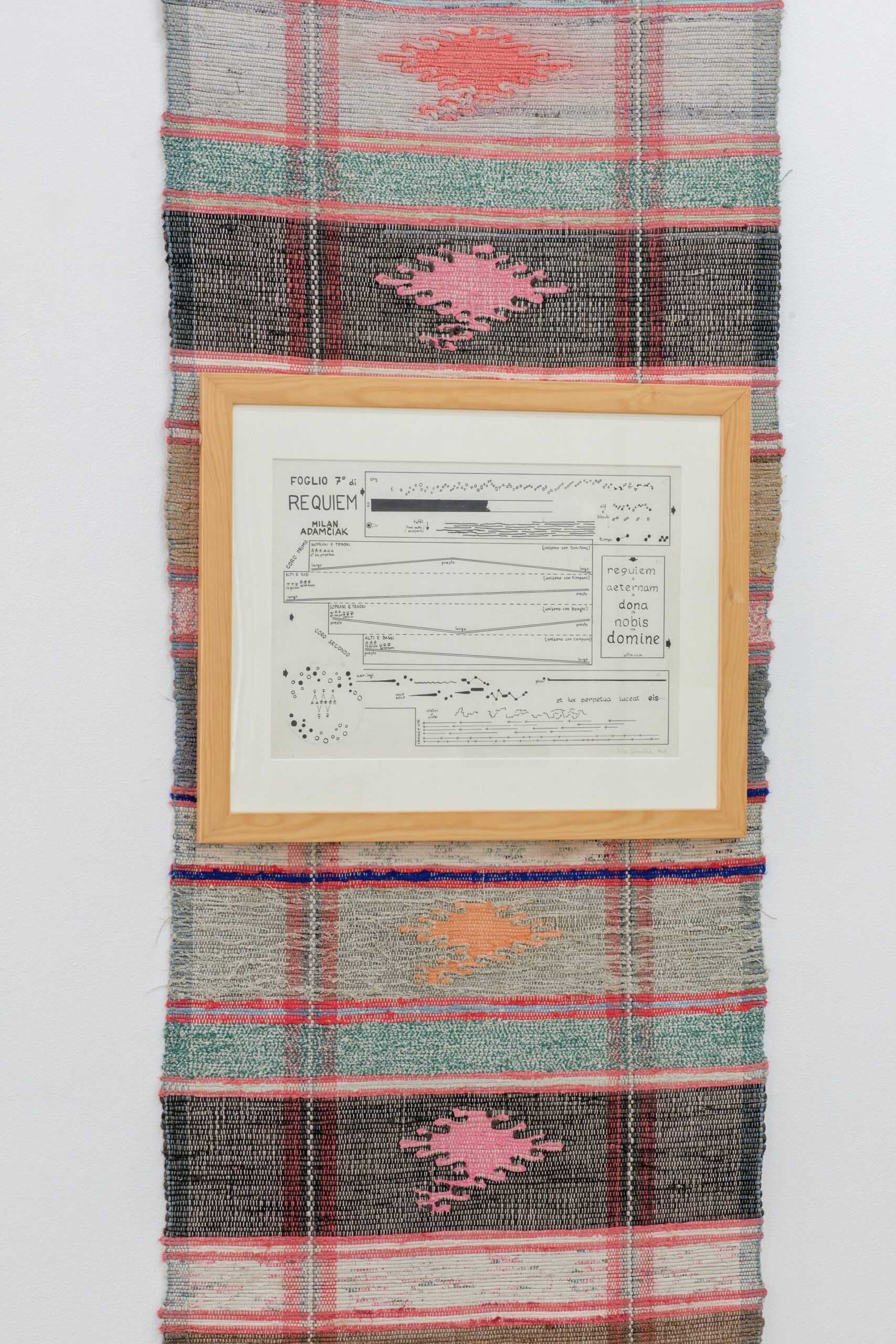 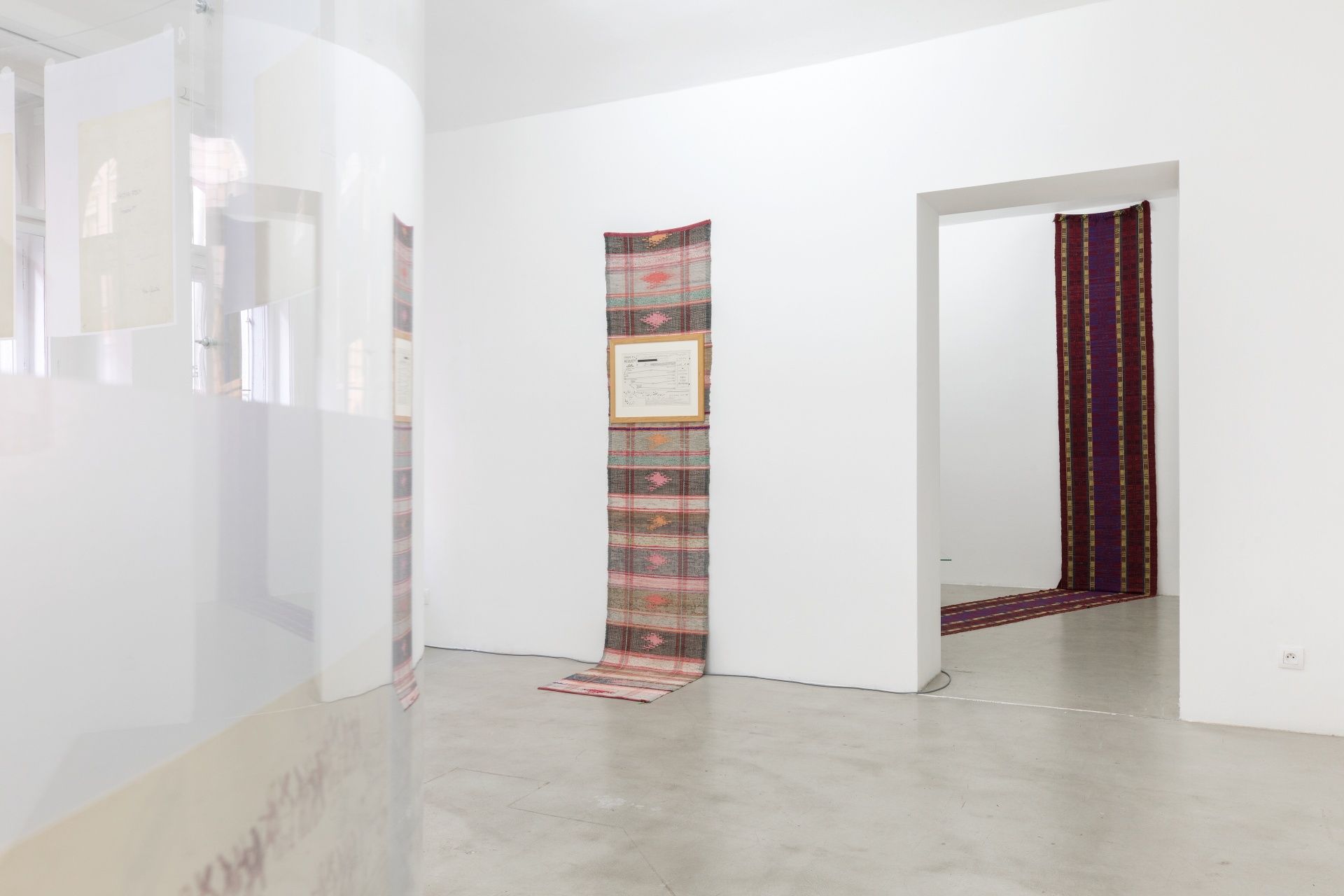 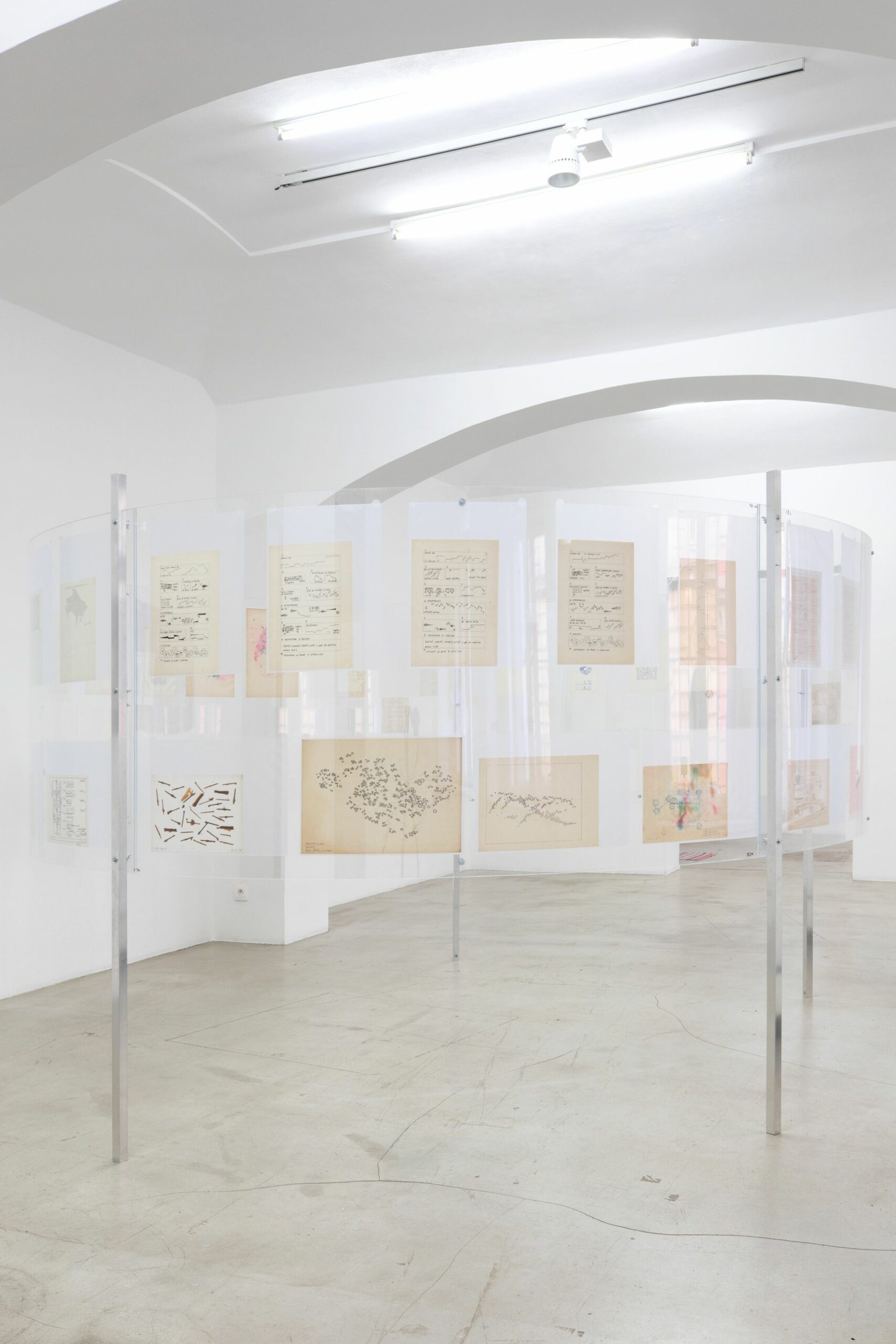 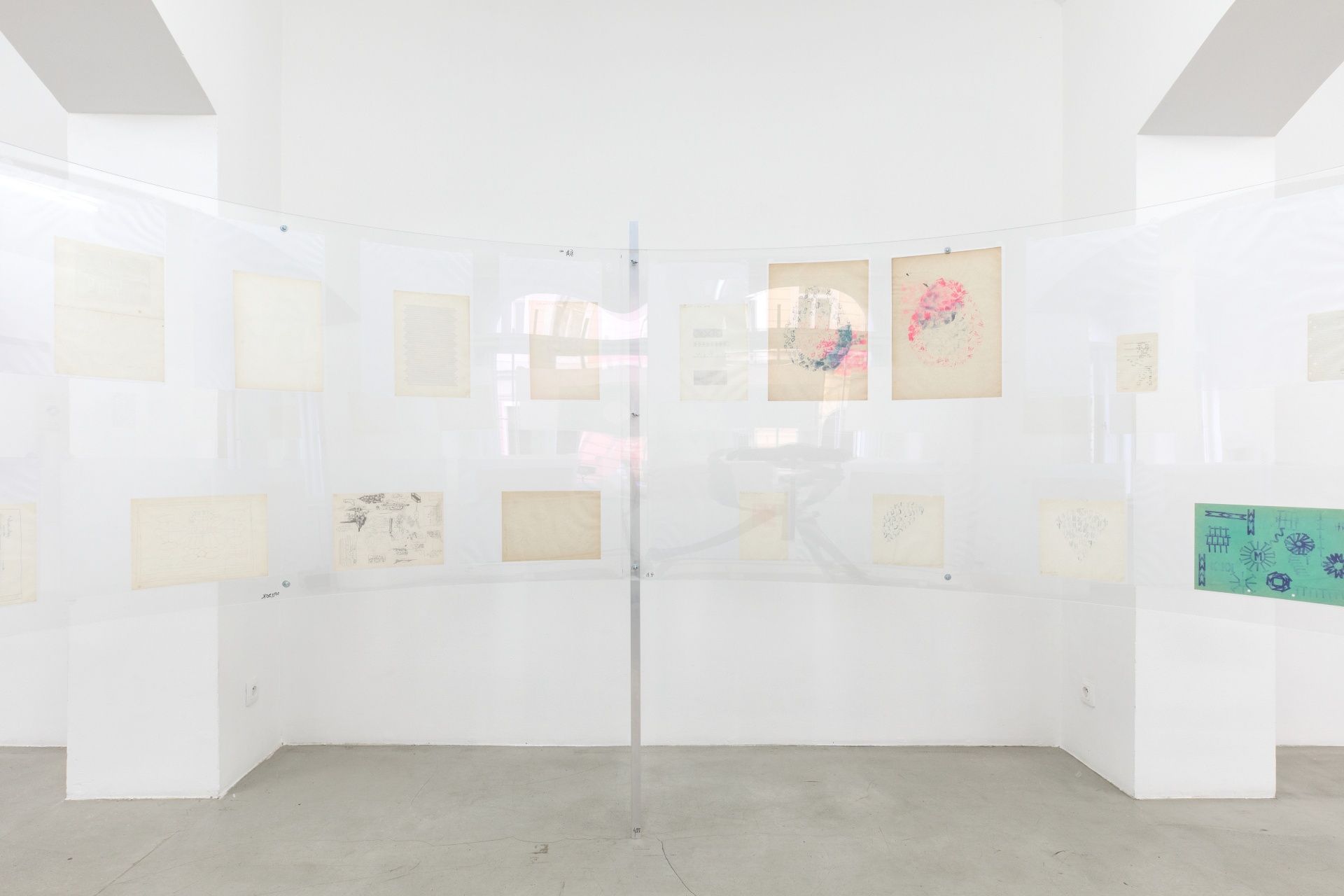 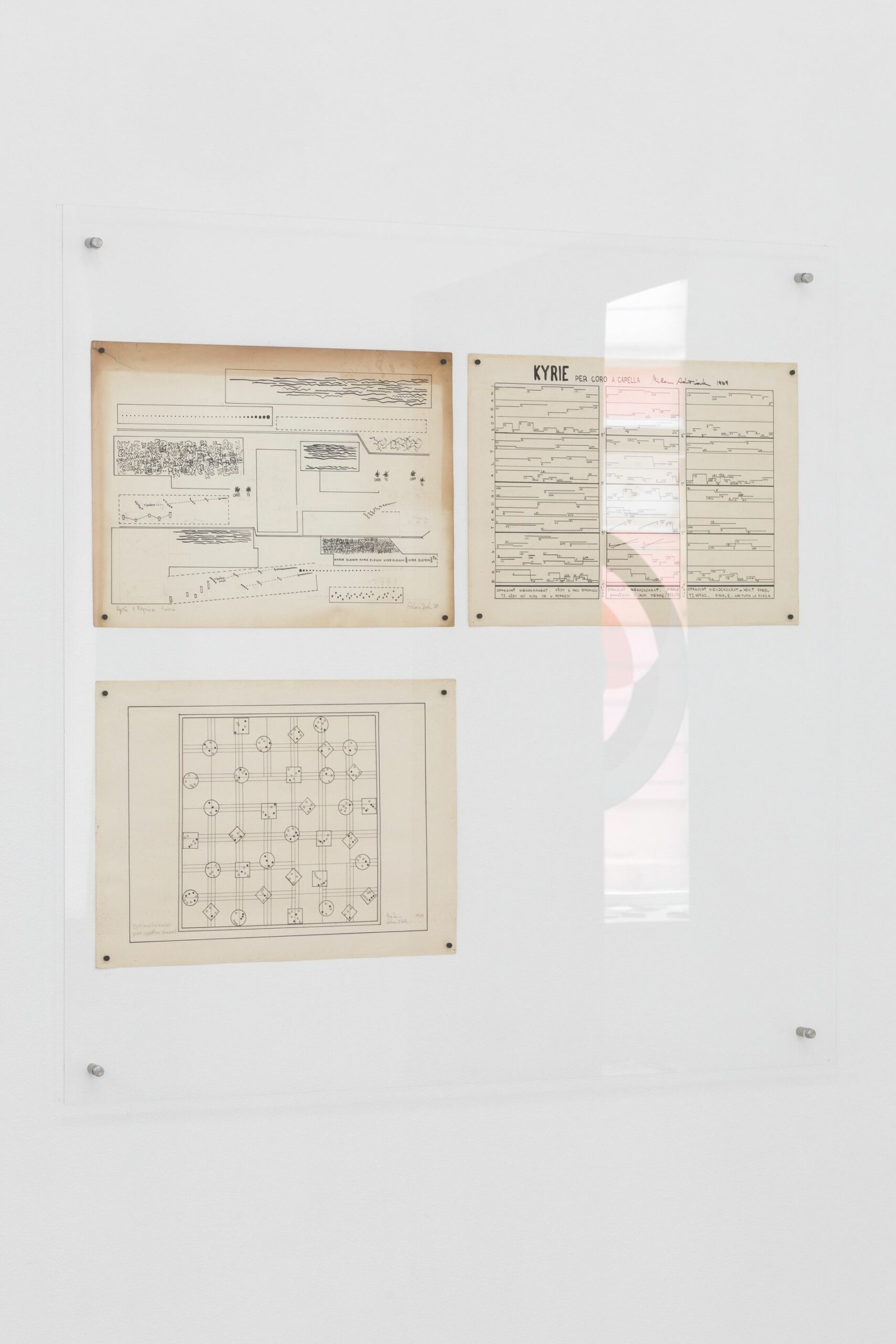 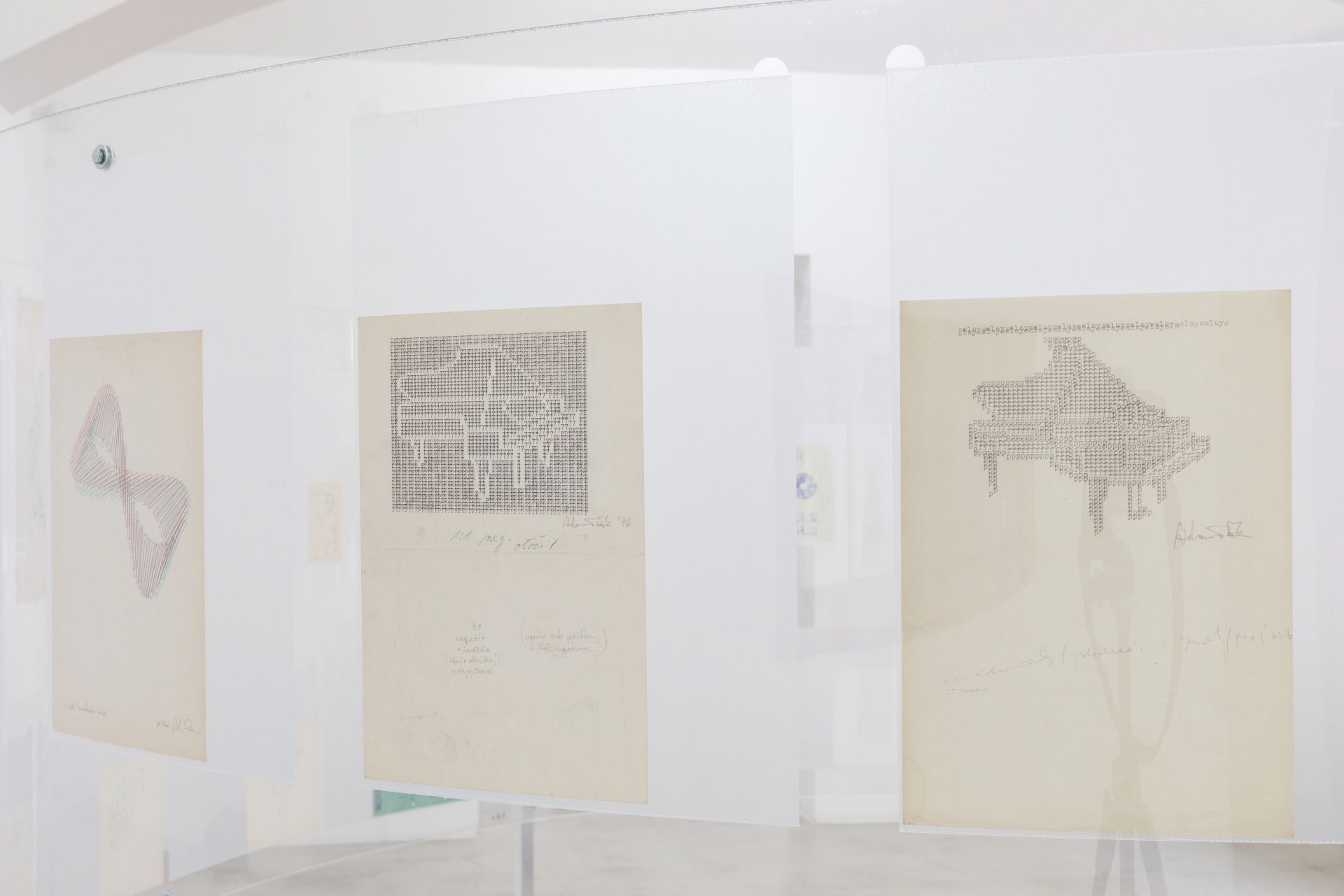 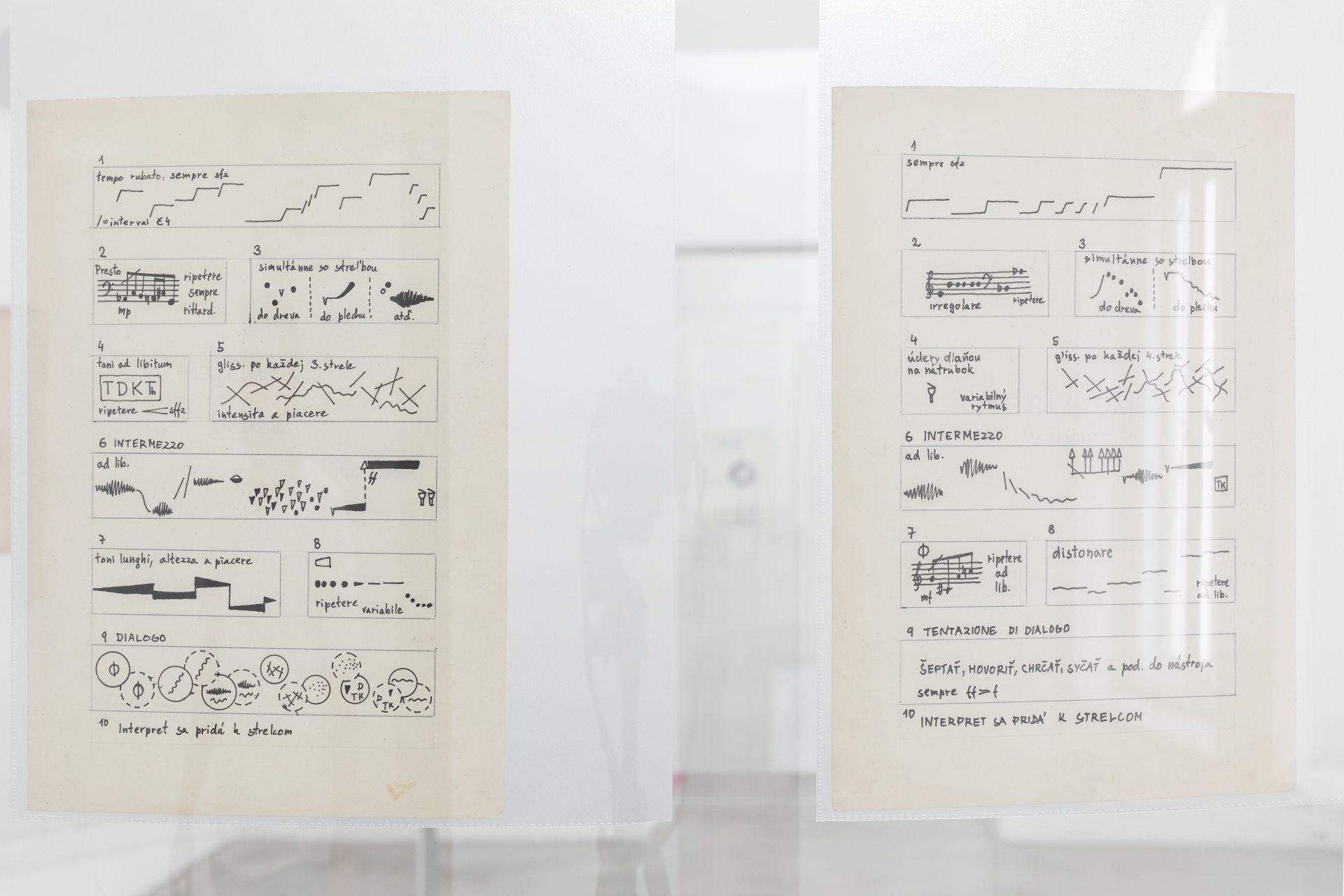 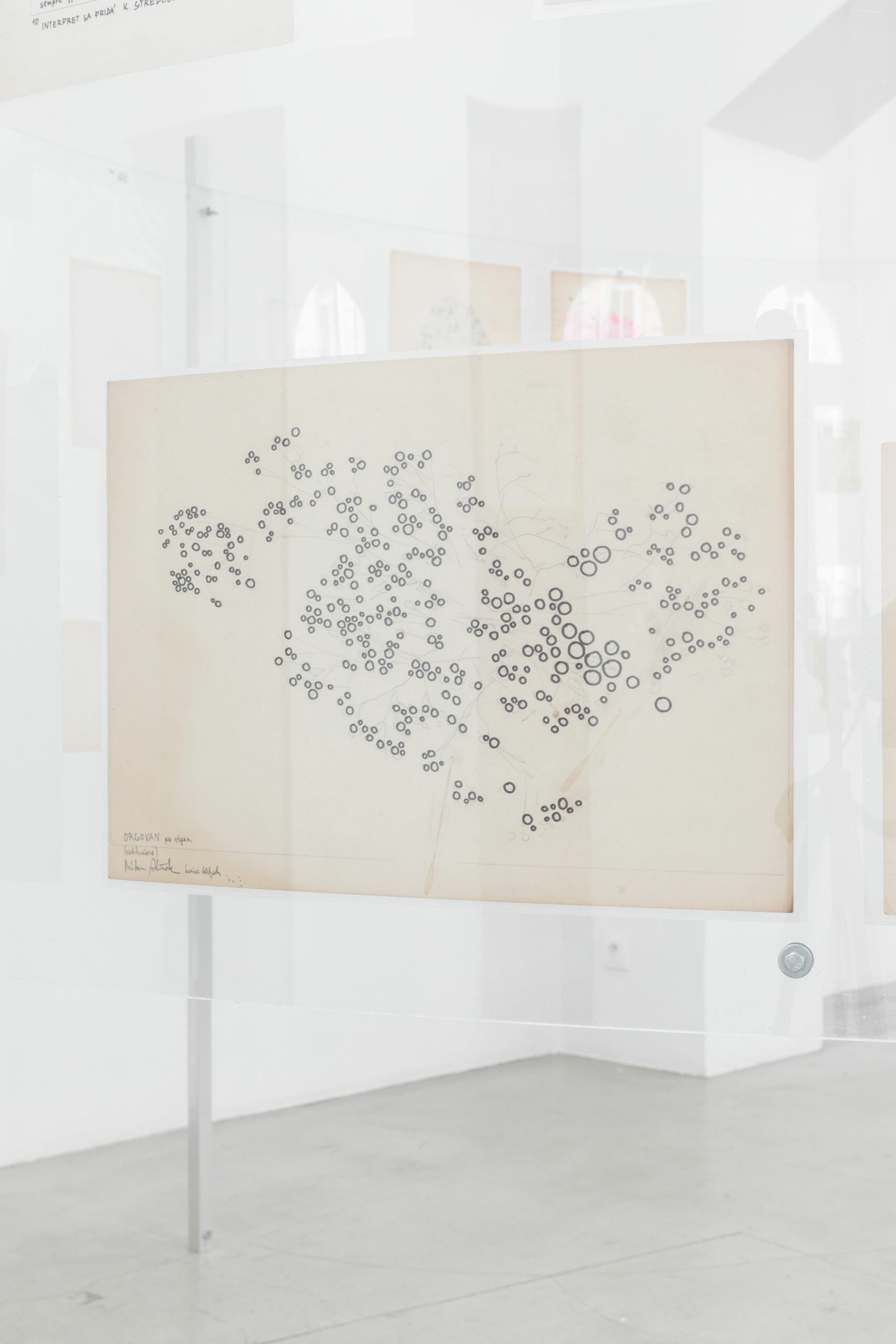 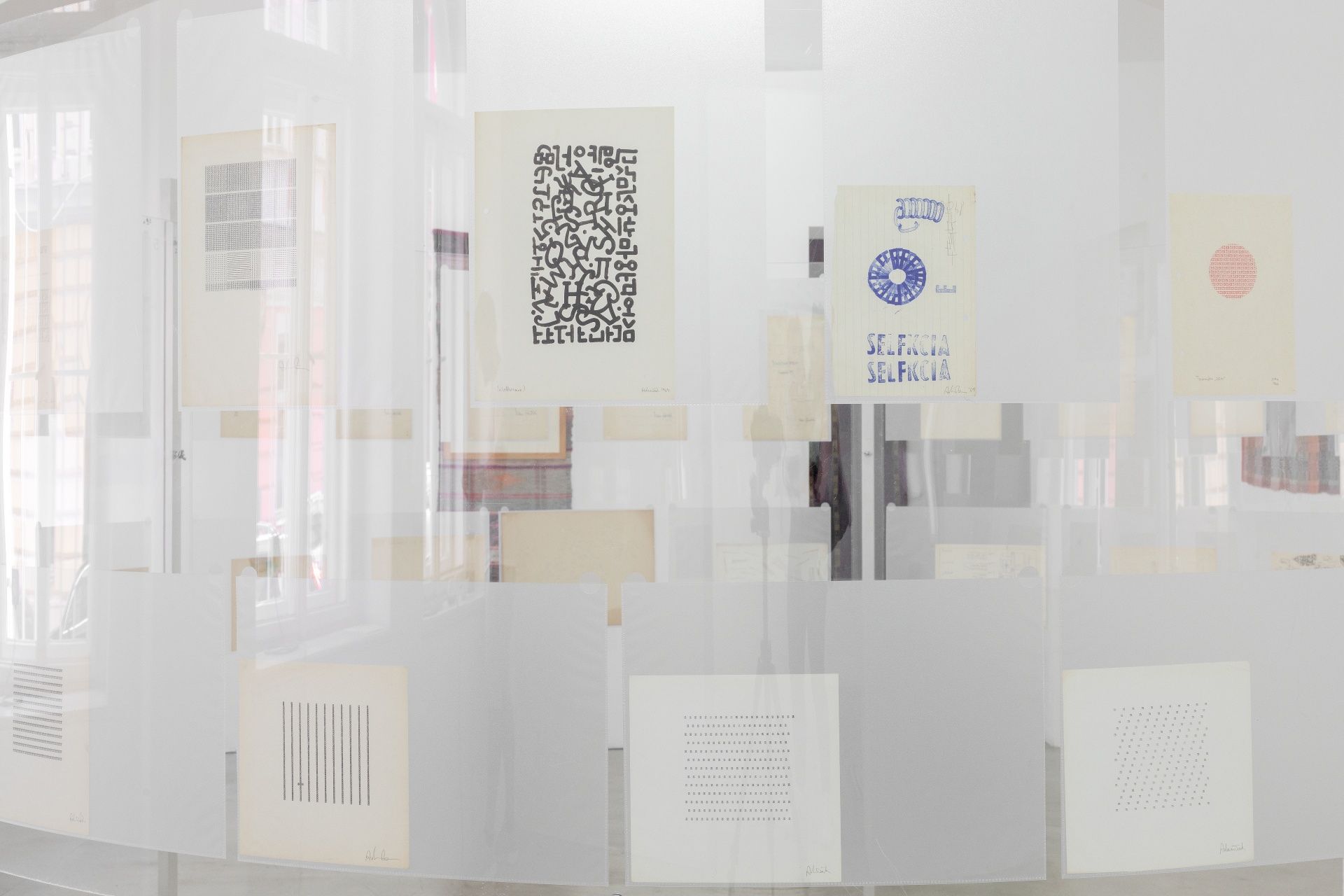 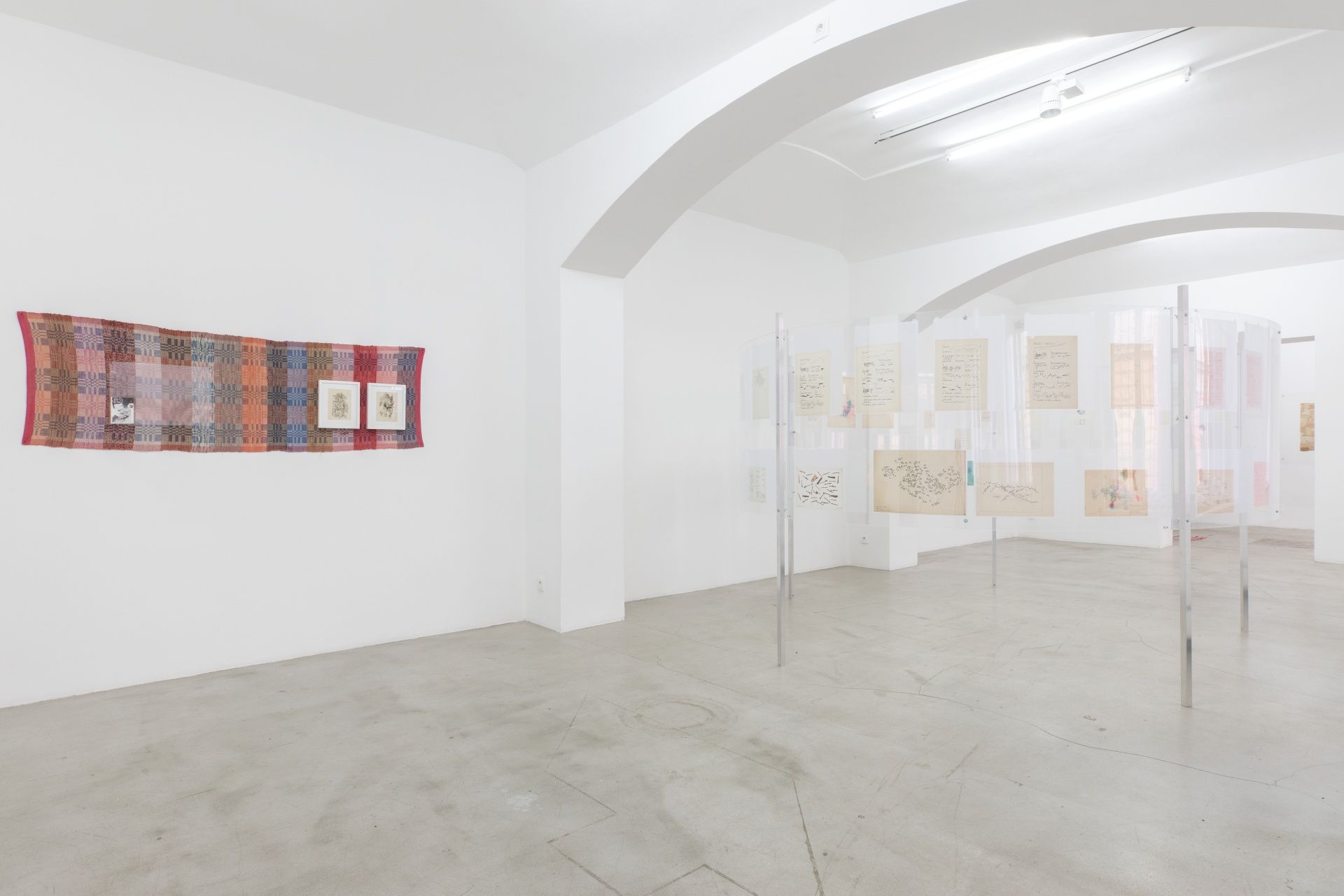 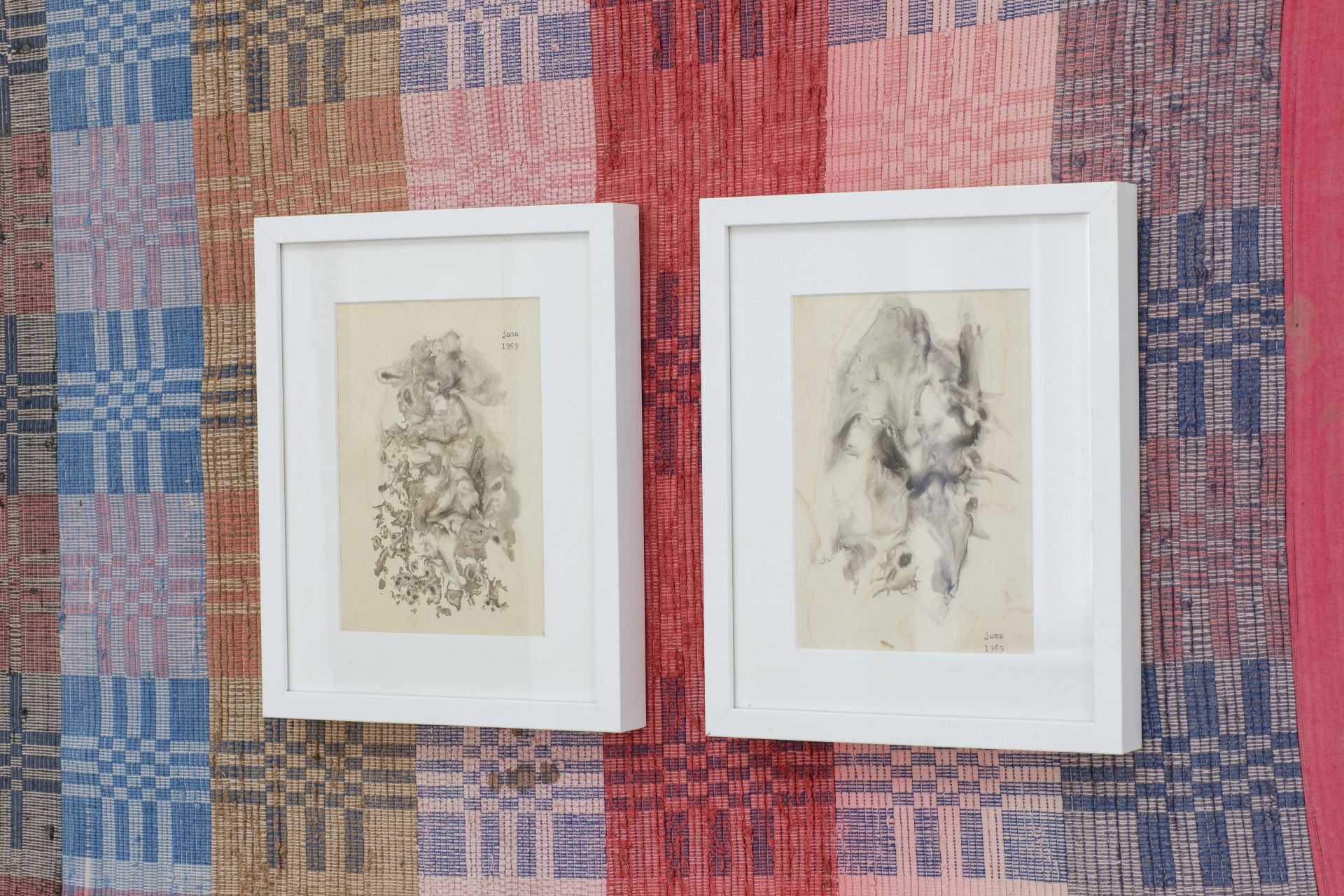 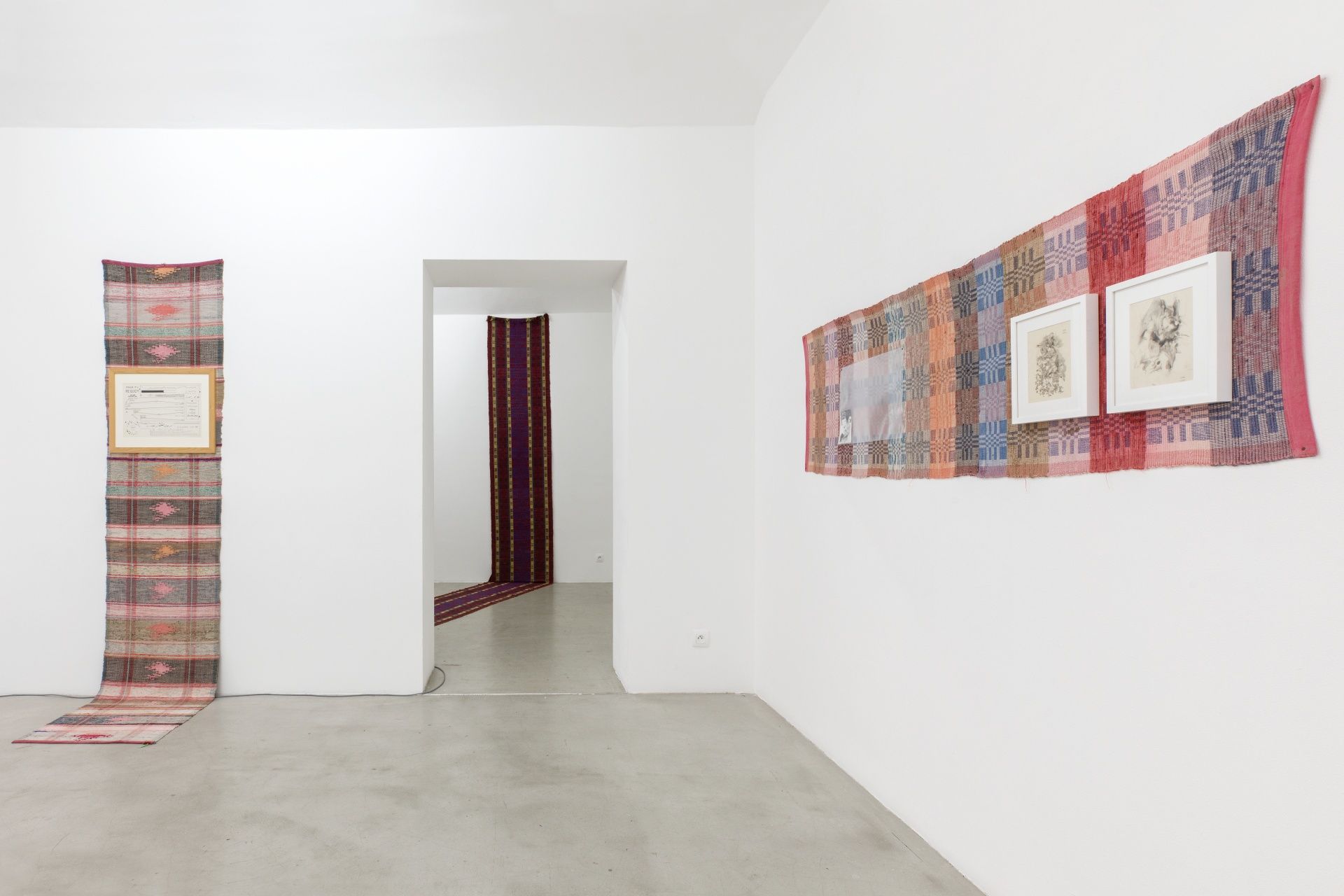 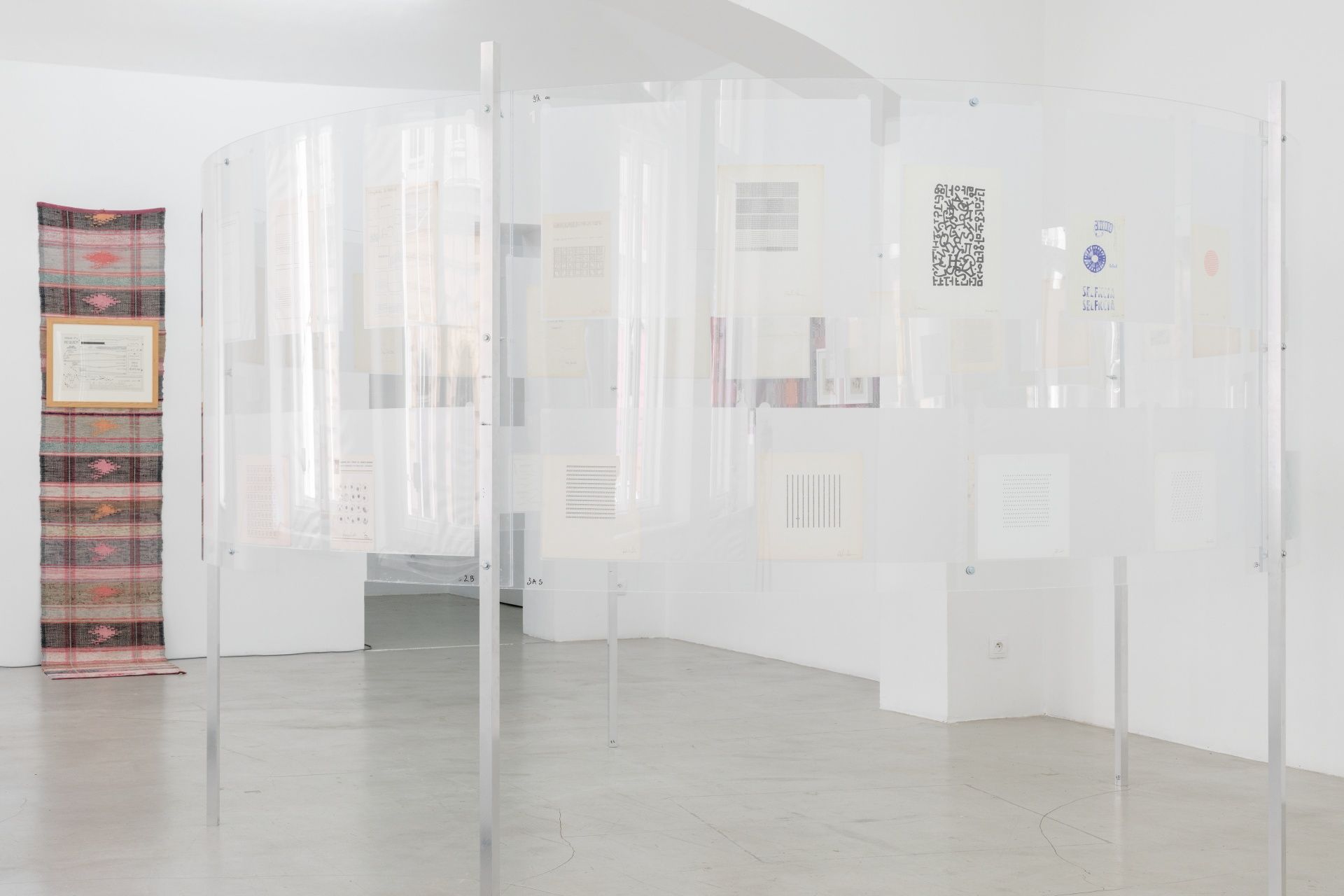 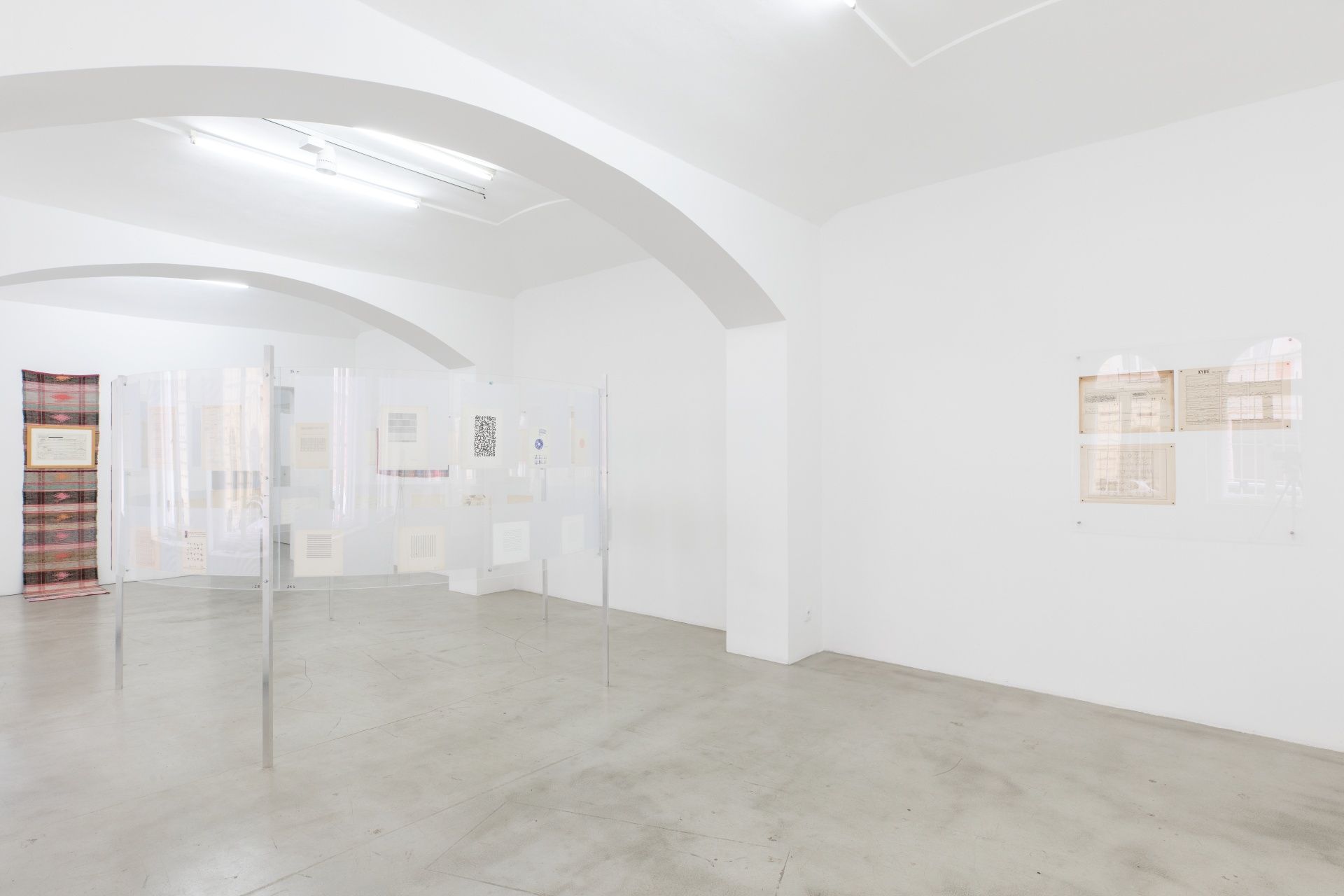 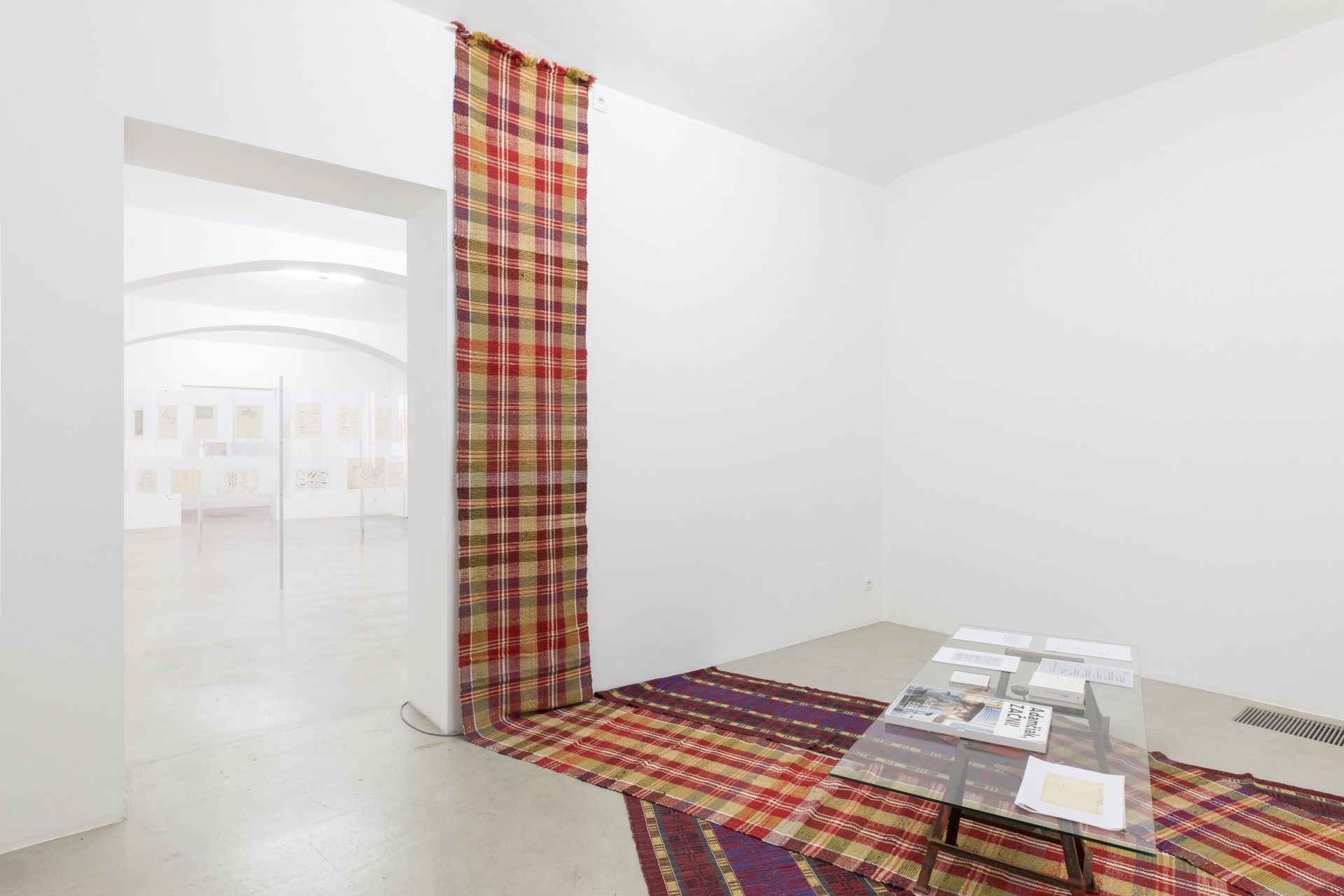 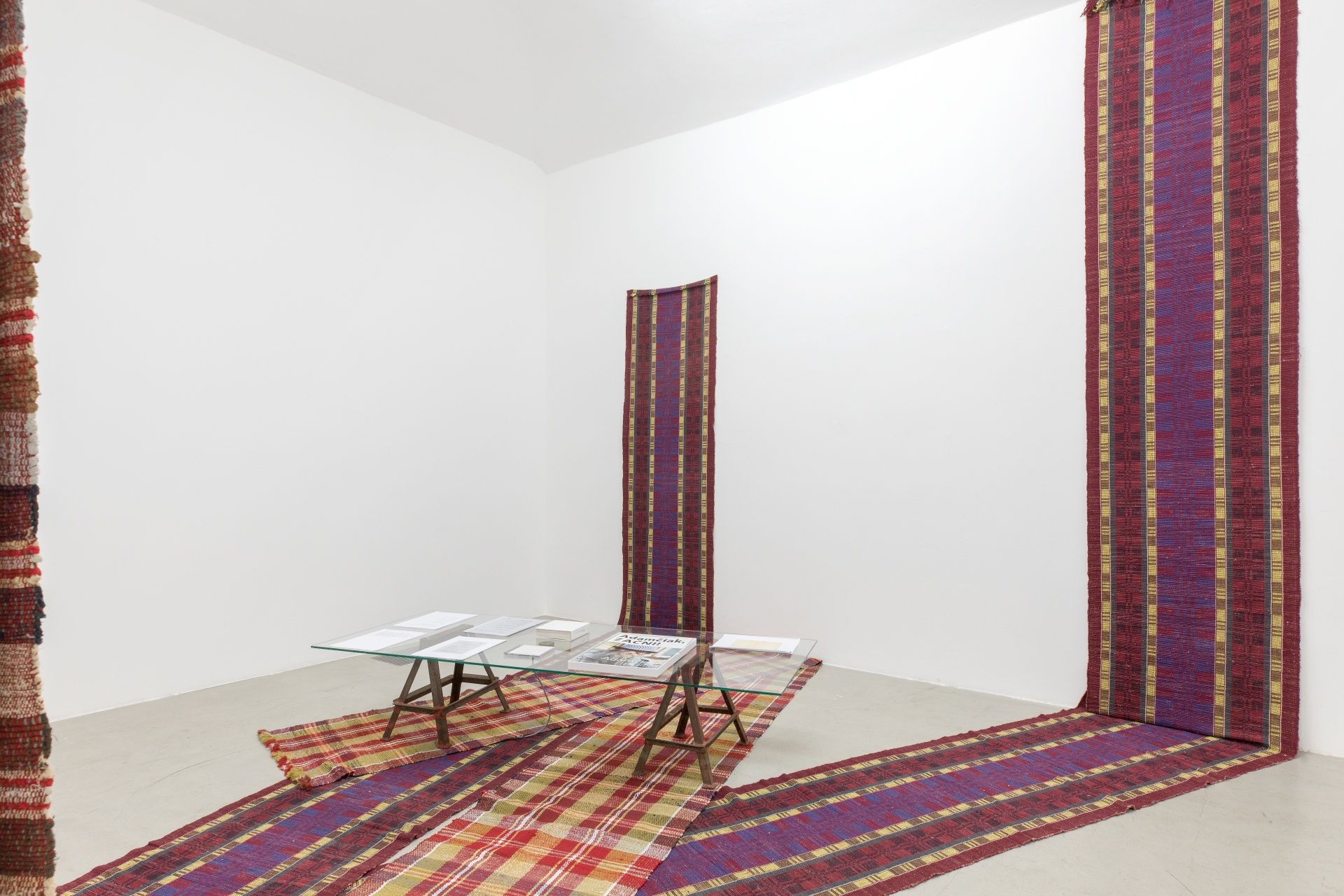 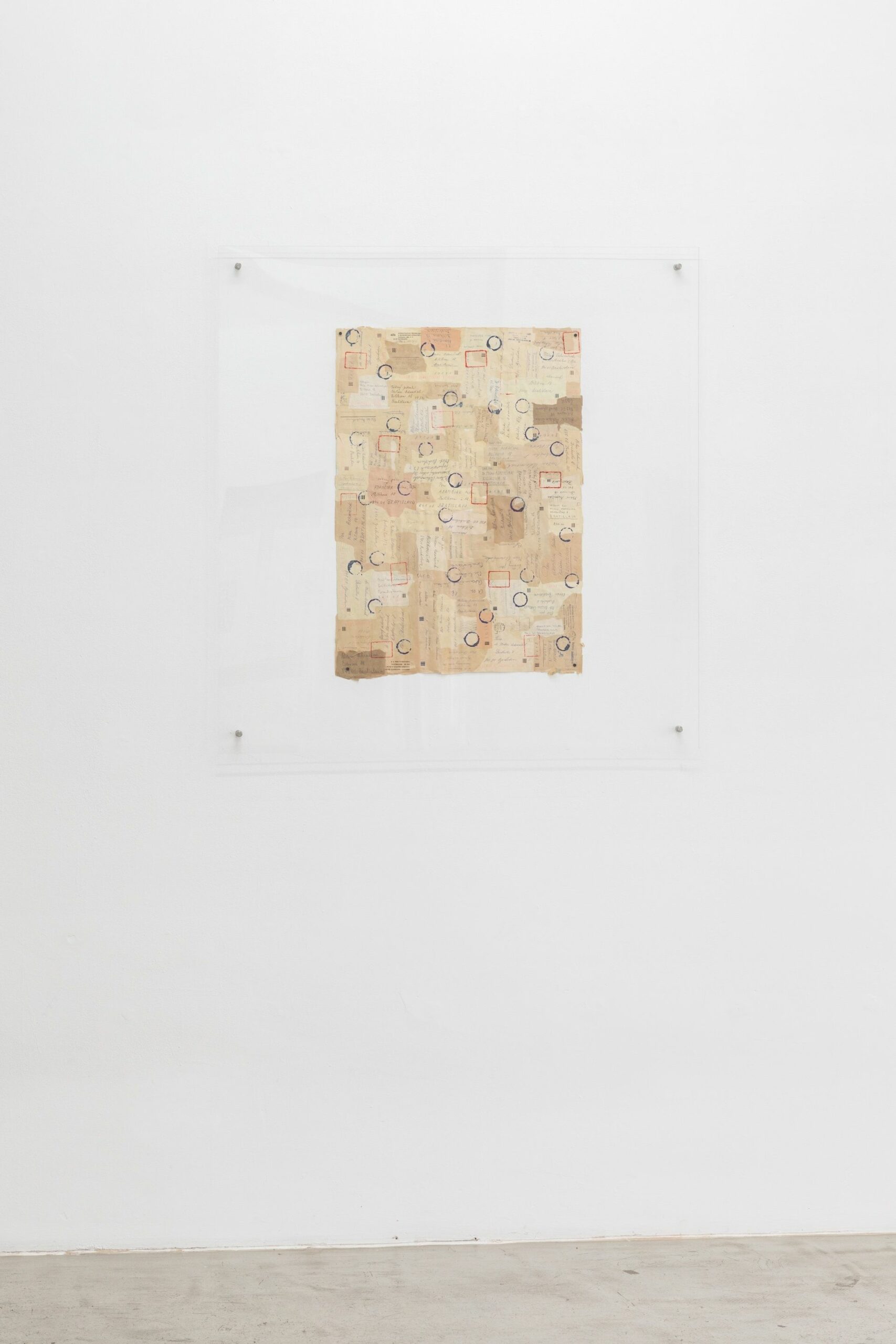 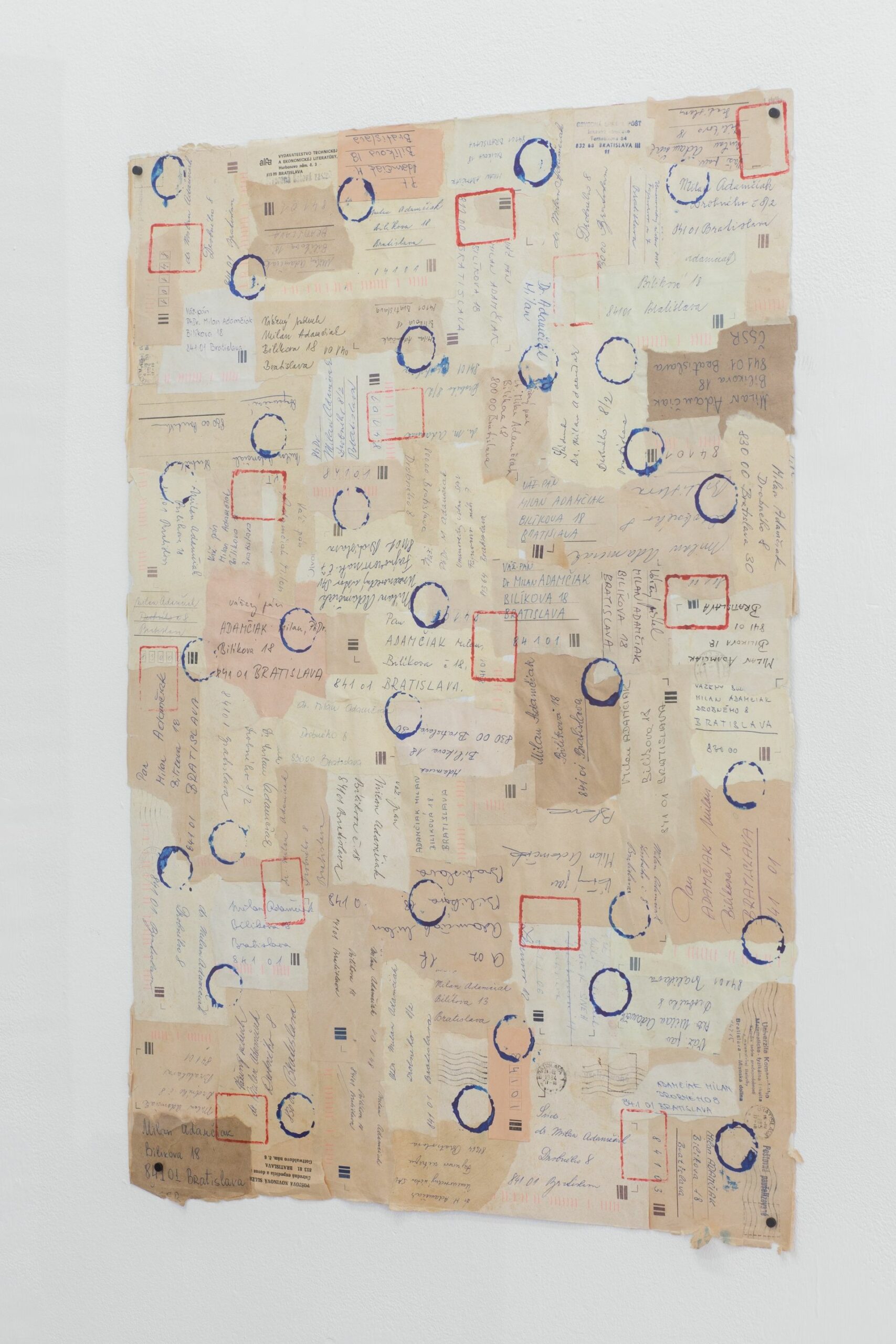 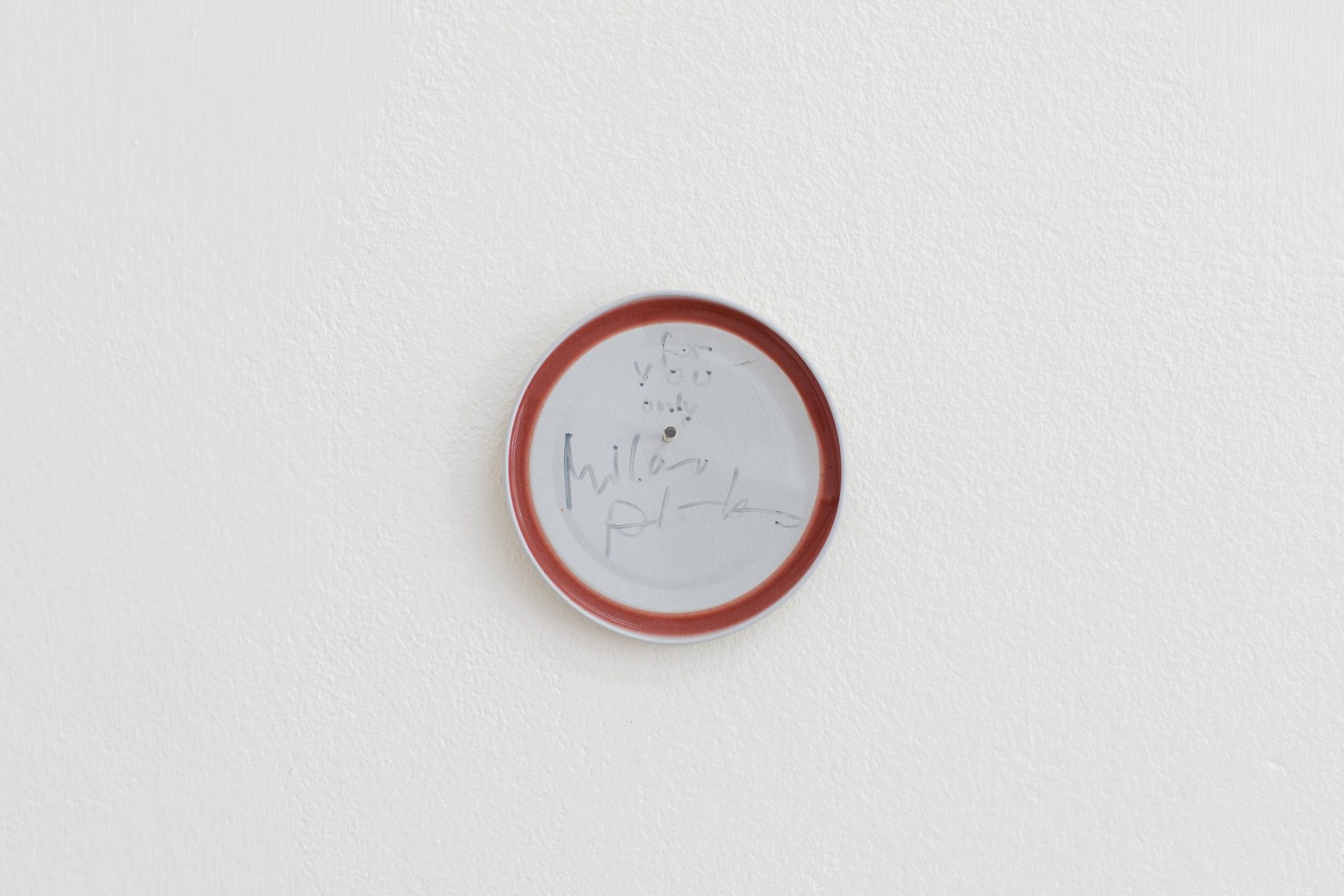 hunt kastner is very pleased to present an exhibition dedicated to phono-acoustic works by Milan Adamčiak, curated by Daniel Grúň and in cooperation with the Julius Koller Society in Bratislava. The exhibition includes a spatial installation, for Adamčiak’s visual, graphic and concrete music conceived by Matej Gavula, accompanied by a sound installation made specifically for the exhibition, by the Slovak artist Ján Gašparovič.

The exhibition “Self-ction” of work by the important Slovak composer, musicologist, performer and poet Milan Adamčiak (1946- 2017), focusses on the relationships between the different approaches to the (re)production of visual music in the artist’s work. In this exhibition, Adamčiak’s extensive artistic universe is presented to the public in a new curatorial model in the form of a synesthetic environment, based on a combination of sound, chromatic and haptic sensations. A wide range of distinctive authorial techniques and procedures, which Adamčiak had systematically been developing from the mid-1960s onwards, is incorporated into the associative flow of a sound environment. The aim of this installation is to draw the viewer’s attention to the starting points in natural elements and folk cultures, as well as to the sound situations played out on a sheet of paper, resulting in a specific expressiveness at the interface of scientific exactness, unorthodox spirituality and shamanic earthiness. Specific poems, graphic scores, collages, drawings and sound objects by Milan Adamčiak, open up the possibility of mental participation in processes where the artist set the basic propositions, defined the playing elements and designed the playing fields, which the recipient further develops, adapts and modifies according to their own capabilities.

Movement according to spatio-temporal and visual-sound schedules takes place on the basis of graphic characters representing musical instruments, voices or sounds, composed into repetitive patterns and dynamic variations with the help of an open grid or raster structures. The curatorial interpretation of these potentials contained in Adamčiak’s work, is developed into a form of sound-spatial installation created by Matej Gavula (1972) and Ján Gašparovič (1981). Gavula designed an installation made of transparent plexiglass, which serves as a transparent disposition and a circular carrier, inviting the spectators to move around it, thus rotating the bodies in space, as anticipated in several of the exhibited works by Adamčiak. The circular rotations of the floor plan mirror the score of Hommage a A. Rimbaud, from 1969, for five dancers and five singing pairs, which has been enlarged and digitally transferred to a transparent vinyl foil placed on the window at the entrance to the gallery, thus resembling a movable lens hood or color mandala. In Ján Gašparovič’s sound installation, four vibrating speakers are connected to the gallery’s window panes, which relay the hydrophonic recording of a river flow, in an hour-long loop that is started and graded with one second interval. The accumulation of sound in time and the immersion of listeners into the flow below the surface freely develops upon the motif of the legendary performance and happening “Water Music”, where Adamčiak, together with Jozef Revall and Róbert Cyprich, played for the audience in and under the water in the Juraj Hronec dormitory pool in Bratislava in 1970.
The exhibition further emphasizes the associations between the textures of typescript rasters, grids of graphic scores and the patterns of woven carpets from the Liptov and Upper Zemplín regions. These parallels, or even inspirations in folk embroidery and woven patterns, were very important for Adamčiak’s visual poetry. The carpets transferred to the walls of the gallery complete the synesthetic environment, involving all the senses of the viewer in the reading and reception of Adamčiak’s inner (mental) music as a universal and intensely experienced process following the landscape, nature and folk traditions.
(Daniel Grúň)

Adamčiak was born in 1946 in Ružomberok, Slovakia and studied cello at the Conservatory in Žilina (1962-68) and musicology at the Faculty of Philosophy of Comenius University Bratislava (1968-73). From 1972-91 he worked at the Institute of Musical Studies at the Slovak Academy of Sciences as a researcher of 20th century music and relations between music and visual arts and as a lecturer on 20th century music at the Music Faculty of the Academy of Performing Arts, Bratislava (1977-88) and the Faculty of Philosophy of Comenius University, Bratislava (1979-88). From the mid-1960s he focused primarily on experimental poetry, graphic scores, and constructing sound objects. Trained in a traditional way, but influenced by the poetics of John Cage and Fluxus, he created a large body of work that transgressed the conventional definitions of the arts and quickly moved towards the concepts of opera aperta, action music and various intermedia forms. He also experimented with electronic media, and created several pieces of electroacoustic music and musique concrète, but it was primarily live electronics that fit the principles of his radical poetics. In the second half of the 1960s he worked in several collectives, namely DAD (1965), and Ensemble Comp. (1967, with Róbert Cyprich and Jozef Revallo). At the same time, he carried out sound and music parts of several projects by other authors (Alex Mlynárčik, Jana Želibská, Jarmila Čihánková). By the end of the 1980s he renewed these activities by starting the Transmusic comp. – Ensemble of unconventional music (1989), founding the Society of Unconventional Music (Spoločnosť pre nekonvenčnú hudbu, SNEH, 1990) and initiating the FIT – Festival of intermedia creativity (Bratislava, 1991 and 1992). In 1990 he co-founded New Seriousness with Július Koller and Peter Rónai. From 2005, Adamčiak collaborated with Michal Murin on the social project Altruism as Arttruism. He lived the last years of his life in Banská Belá near Banská Štiavnica, Slovakia, where he passed away in 2017.

We would like to thank Boris Kršňák and the Július Koller Society in Bratislava for their help with the exhibition and to the Ministry of Culture of the Czech Republic and the Prague City Magistrate for their ongoing support of our exhibition program.