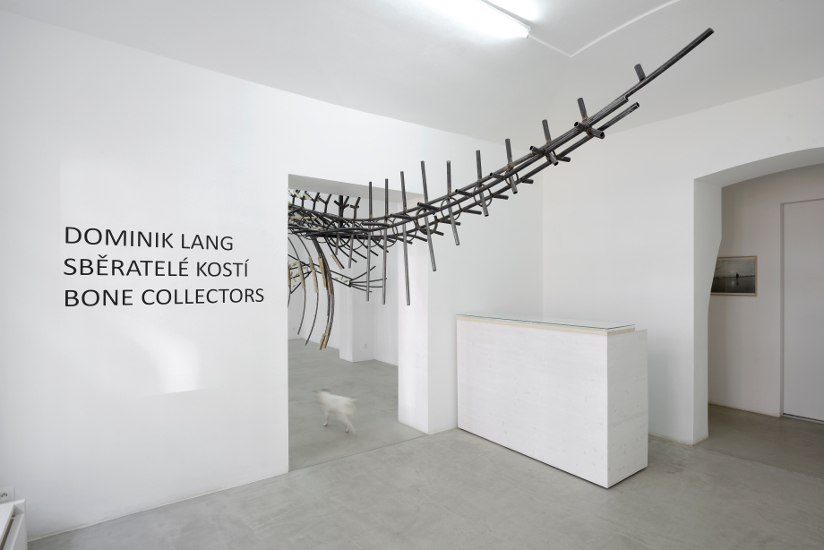 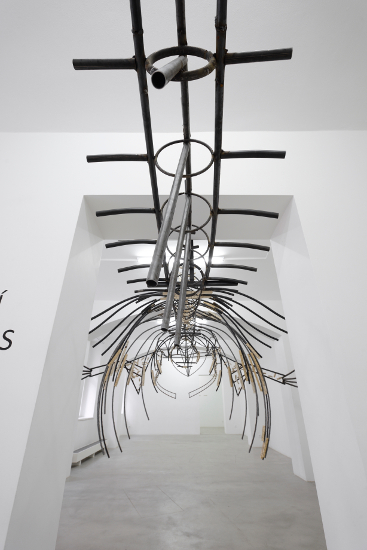 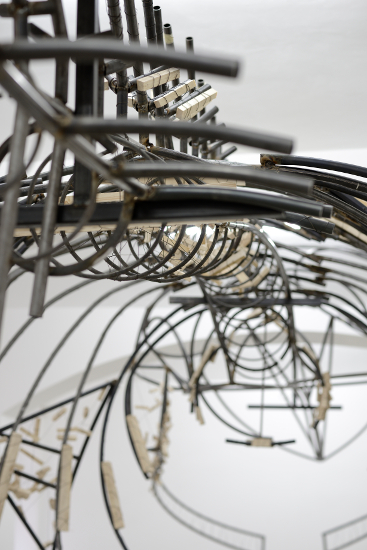 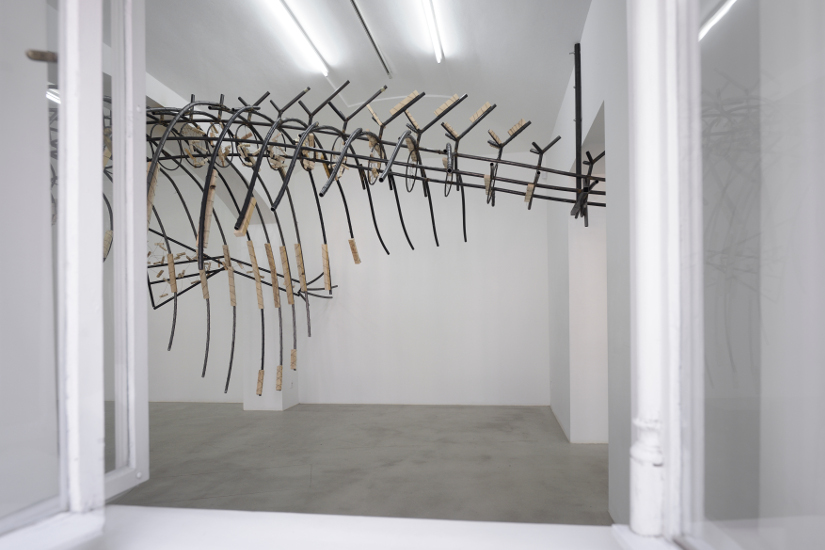 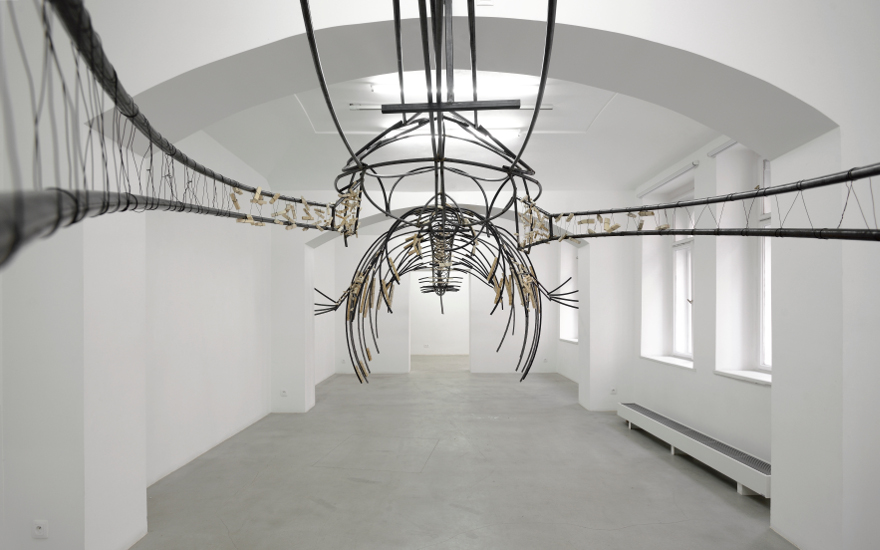 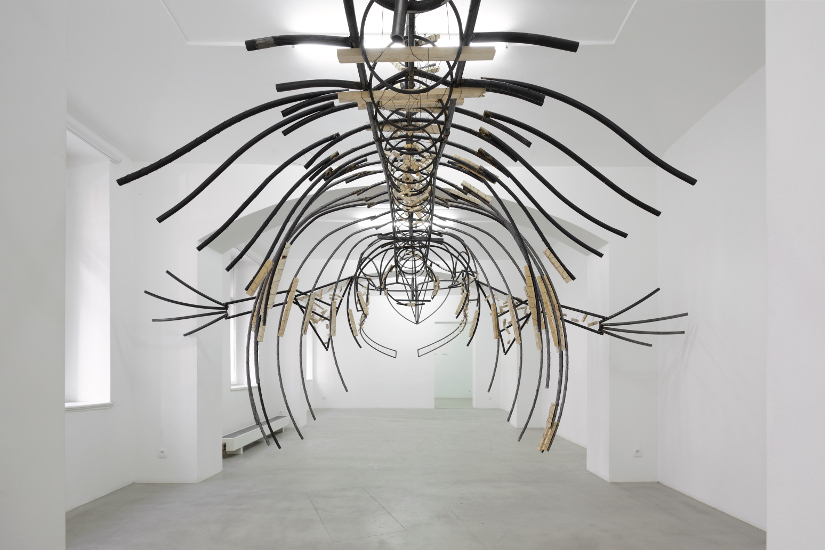 In November 1885, a whale washed up on the shores of southern Norway. A local whaling company immediately began to look for a way of turning this stroke of good luck into money, and so it set to cutting up the animal: the meat and fat were processed, and the cleaned four-ton skeleton was offered to various leading European museums for 2,500 gulden. When Dr. Antonín Frič, the director of the zoological and paleontological collections at the National Museum in Prague, heard about the offer, he knew that it was precisely the kind of thing that would attract added attention to the museum’s planned new building. It would be a dignified addition to the museum’s exhibition. Since there wasn’t enough money to buy the whale, Frič turned to his brother Václav, who along with such notable people as Vojtěch Náprstek was a member of the patriotic “Jour Fixe” association. The group held a fundraising drive that was so successful that, in mid-1887, the skeleton could be taken apart and readied for the trip to Prague. It was first presented to the public on 28 November 1888 at today’s Náprstek Museum, and was moved to the National Museum in 1892. Originally installed on a massive steel structure, it remained there for several decades. During a general overhaul of the zoological exposition in the 1960s, it was hung from the ceiling using ten steel rods attached to a crossbeam. For this purpose, it had to be shortened by several tail vertebrae because its entire length did not fit into the room. Also at that time, the remaining whale fat was removed from the bones – it had been slowly dripping off the skeleton for all those previous years. Today, the skeleton is an inherent part of the building. It is practically one with the building, and because its disassembly would have been too costly and risky, it is the only exhibit to have remained inside during the museum’s current renovation. In the empty and cavernous building, with no visitors and no other exhibits, the whale feels like a forgotten resident of a building slated for demolition – the last eyewitness of ancient times.

Just as the whale skeleton gradually became an organic part of the museum building, the modified skeleton installed in the gallery grows out of the structural reality of the exhibition space. With its arches reminiscent of a tunnel or cave, the long gallery space can be seen as the skeleton’s repository or storage space – or even as its surface, a slightly detached skin. In this way, the skeleton can act as a bizarre support structure that holds the entire space together like a variant of the Late Gothic rib vault.

As with another of Lang’s works – Expanded Anxiety at the Vienna Secession, where the viewer walked through the inside of an enlarged figural sculpture by Otto Gutfreund – visitors are given a view from the inside and outside all at the same time. It isn’t clear whether we are walking through the inside of a whale or looking at its internal composition from the outside.

The whale skeleton also possesses features reminiscent of the kind of sculptural skeleton used as a framework when modelling a sculpture. It uses neither the gallery’s walls nor its floors, but hangs in space in a half-finished state or in a kind of interrupted phase of preparation. As a result, it isn’t clear whether continued work on the sculpture will result in a replica of the original skeleton or whether the final artwork will significantly differ from it.
The skeleton also fulfills one more function: It acts as a backdrop and set for a staged lunch whose participants take a seat at a table that has been carved out underneath the whale’s body. During the meal, they find various sculptural tools hidden in their food (baked or otherwise trapped inside): spatulas, trimming tools, chisels, etc. The table guests thus have the chance to be archeologists without needing to engage in any special search effort. At the same time, the participants also reconstruct the lunches organized by the charitable organizations at which the idea to give the Czech nation its very own whale was probably born.

The diners’ archeological finds offer new and different version of the whale’s story. It is the story of a monster that during its long life swallowed many bizarre objects, including sculptural tools; and also the story of a sculptor living inside a whale like the Biblical prophet.

The art of Dominik Lang often exposes the logic and models of behavior found in the art world and in exhibiting activities. It explores how things are organized, how they work, and how they are perceived. Lang has created a site-specific installation that incorporates the gallery space and live performance with the art object and its story. His aim is to create a context, composition or situation that can combine all these elements in order to demonstrate the spatial, historical and institutional conditionality of what we see and of what we create ourselves. Bone Collectors is a multi-layered work that explores the relationship between the exhibition space, the work of art inside it, and the patrons who have contributed to its creation.