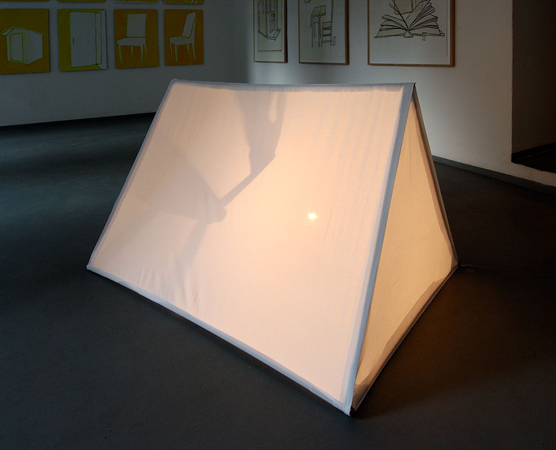 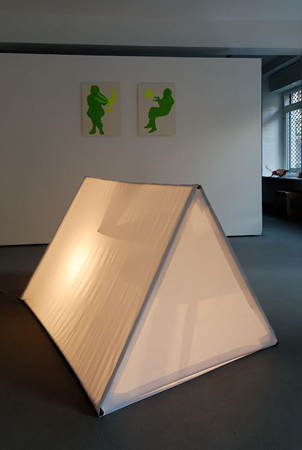 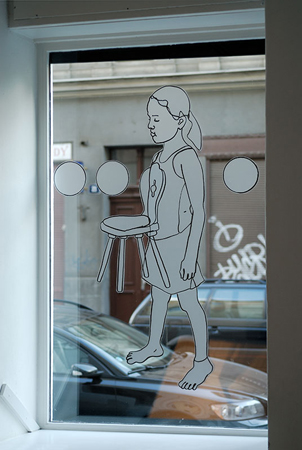 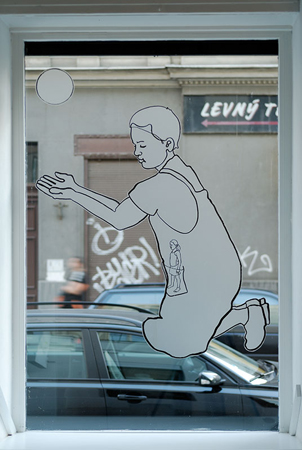 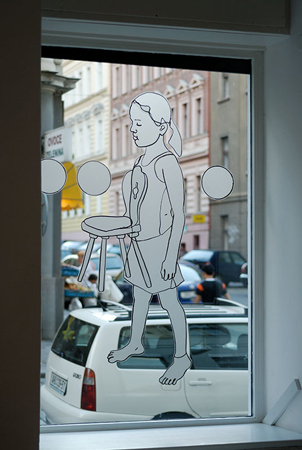 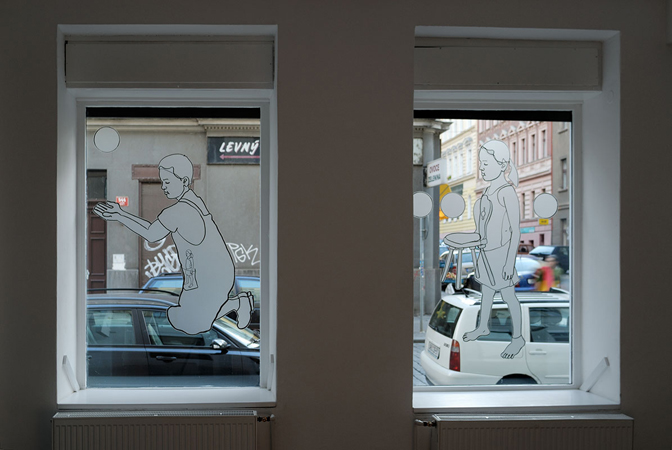 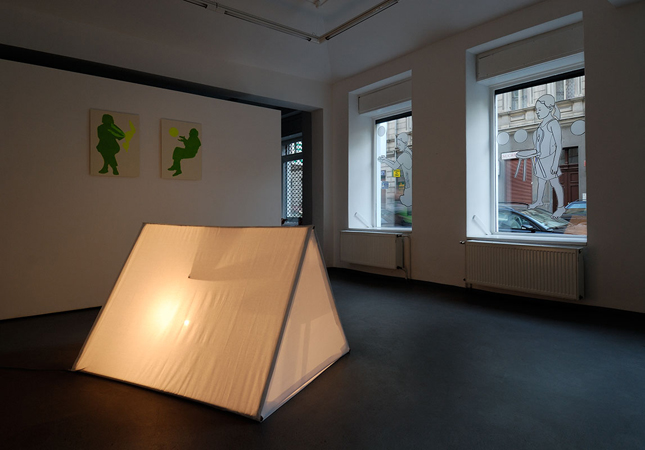 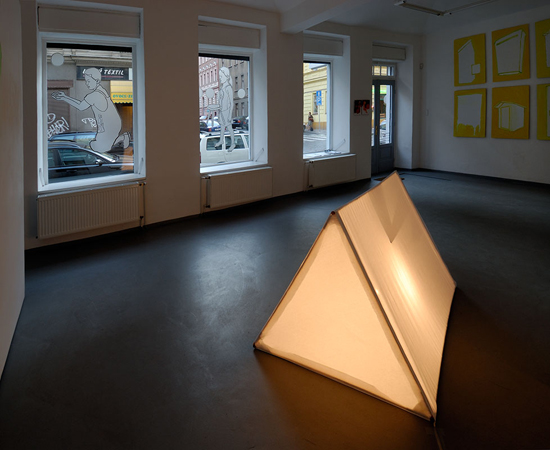 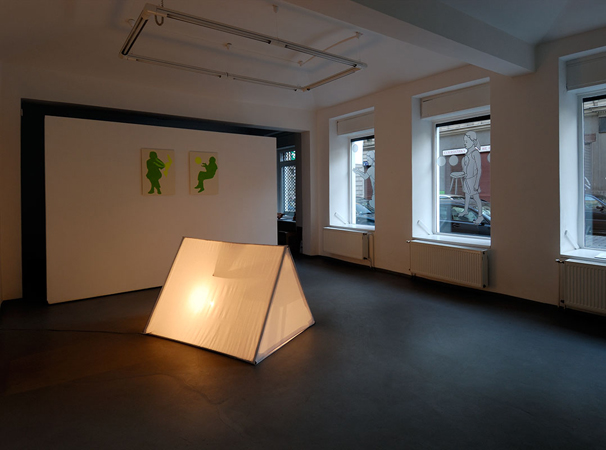 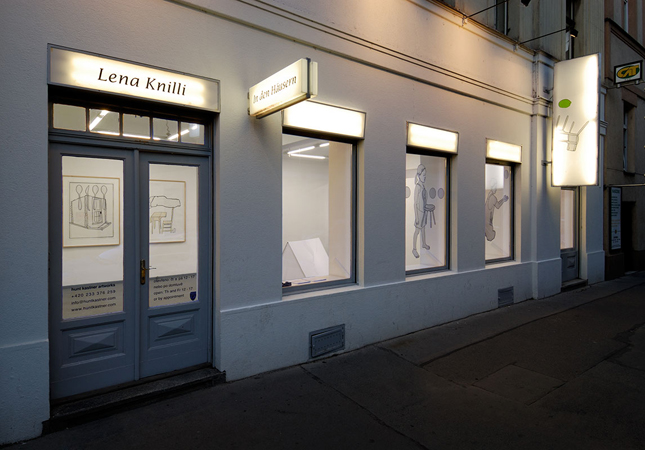 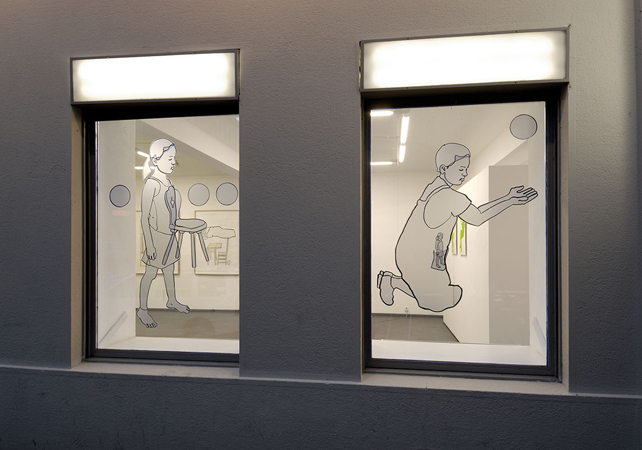 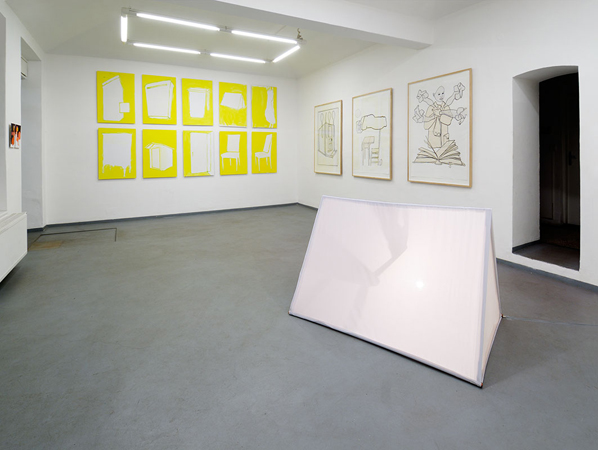 IN DEN HÄUSERN presents Lena Knilli’s new body of work which comprises both, her signature collages of cut-out paper as well as a new series of egg tempera paintings, marking a return to an earlier form.

In this exhibition, as the title suggests, Lena focuses on the home – the walls, the objects and the furniture which surround our daily lives. Lena speaks about lives lived in close proximity to others, of our constant needs and activities and in this context our constant search for refuge, solace and privacy. At the same time, she also pays homage to these “confining” spaces and objects as the launching points for our imagination and above all, as the vital storehouse of our memories.

Lena’s gentle human figures tread carefully through this world, testing and trying to communicate, finding connections and accommodation. Nothing is solidly fixed, tracing paper cut-outs attached to the paper with the slightest pieces of tape and white translucent imprints of chairs painted on a background of shimmering yellow. The variations are endless and fragile and speak of the inner life of objects and our interaction with these which move beyond the utilitarian. In Lena’s work the objects take on equal significance as the human figures and, in some cases, combine with the figures to become single forms. The exchange is equal – we construct the objects and conversely the objects define our world.

For her exhibition at hunt kastner artworks, Lena will make use of the large windows which give directly onto busy Kamenicka street and the large lightbox , applying a self adhesive transparent folie of cut-out images to fill these surfaces further serving to underline the conflation of interior and exterior lives. A lit object in which a chair’s shadow is cast onto the inner walls of a small tent completes the installation. This last work was created with Cornelia Foerch (an artist with whom Lena has collaborated with on a number of projects) during their joint residency in July 2006 at La Corbiere, Village Nomade in Estavayer-le-Lac, Switzerland.

Lena Knilli was born in Graz, Austria in 1961. She grew up in West Berlin, where from 1981 to 1985 she studied painting at the Hochschule der Künste under Hans-Jürgen Diehl. From 1985 to 1987 she continued her studies in Vienna at the Hochschule fur Angewandte Kunst under Maria Lassnig. Lena Knilli works as a painter, graphic artist as well as a set and costume designer for theatre. From 1992 until 2001 she lived and worked in Prague and is now residing back in Vienna.

Organized in cooperation with the Austrian Cultural Forum