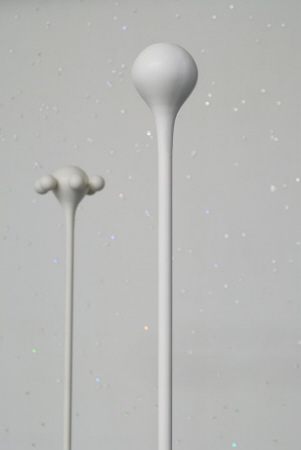 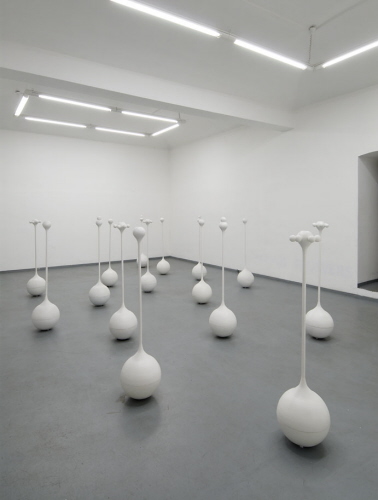 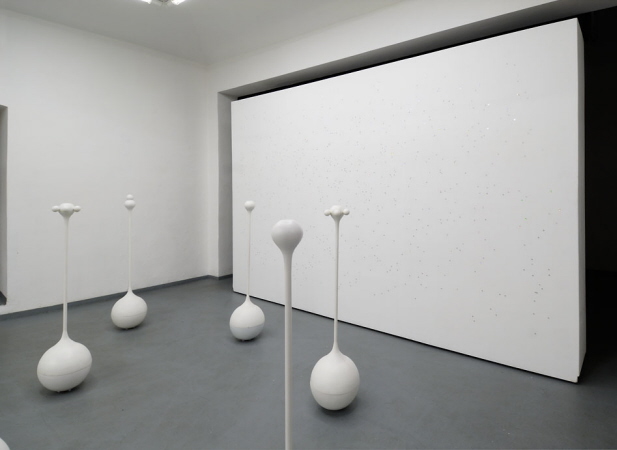 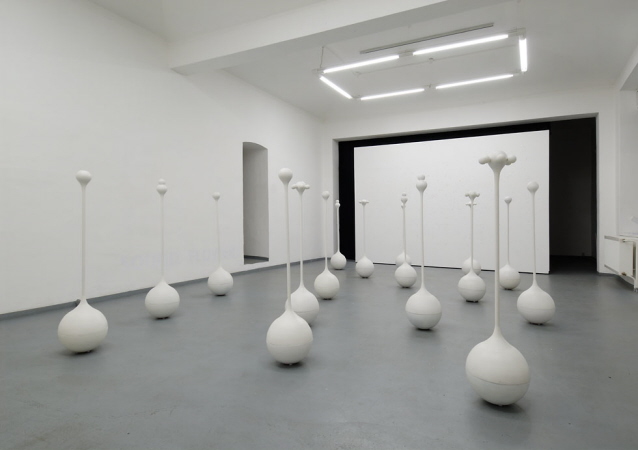 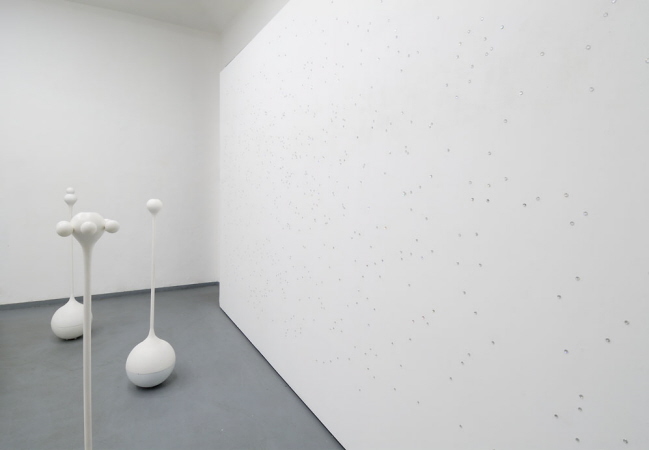 „In September 2003, a year after completing my studies at the Academy of Fine Arts in Prague, I moved to Scandinavia. I had never lived abroad for longer than 3 months. Living in the North marked me profoundly. I have never experienced such a deep loneliness before – neither inside me nor around me. These feelings projected themselves into my work.

I lived in Oslo for 1 year. Immediately after my arrival I realized how quickly the daylight fades. This process continued and in the end there were only 3 hours of grey light a day. I was not able to wake up in the morning. I felt as if my body was decaying. To overcome the lack of light and both the physical and psychological crises, I took endless walks in the snow-covered countryside which surrounded the city.

The Scandinavian inland is visually uninteresting, monotonous. But the snow gave it very special light characteristics, and omnipresent power poles produced strange sounds there… All this served as a conceptual background for the Sound Flowers project – a kinetic sound installation I started to work on a couple of years later during my residency in Stockholm. Dried and frozen bodies of plants peeping out from the snow and swaying in the wind inspired these kinetic objects; splintery sounds of crackling snow and bursting ice together with the fractal sounds of high voltage being hit by snowflakes became background material for the sounds produced by the Sound Flowers installation.

One year in Oslo drained me. After days of darkness, came days of light which interrupted my sleeping and relaxation habits. I finally understood that I would not be able to adapt myself to these conditions. I moved to the south to Gothenburg. The difference between Norway and Sweden was huge to me. I started avoiding the countryside on purpose. For 2 years I almost never left the city. I soon learned that most of the Swedish population felt very safe in their country. I came to feel the same, safer than at home. It disconcerted me and provoked me to act. That was when I created the public space installation Victims. I designed a laser gun sight controlled by a computer that soundlessly tracks people; a small laser dot, almost unregistered, slides from person to person, slowly and nervously watching every movement until it finds its victim.

After 2 years in Gothenburg I got seriously and intensely homesick. It was an unusual homesickness. It would manifest itself very strongly in a physical way and often I could not leave my apartment because I could not stop crying. I had been going through a period of very deep sadness which transformed itself into the Tears installation. I channelled my need to cry through a computer program. The program simulates crying in an abstract way and generates the future visual appearance of the installation. Its output is then transferred to the wall-based installation in the gallery using glass crystals, which represent tears. The glass crystals have refraction qualities similar to real tears. The installation thus creates a special luminous atmosphere.

To leave Gothenburg meant to break off things, to interrupt or to terminate many relationships. The video Secret Tale tells the story of the most intimate one. I shot this video with my partner shortly before my departure. The video material is raw. I intentionally did not edit it. The installation set up uses a large projection screen. The sound volume is decreased to a minimum. Thus, the visitor gets an impression that the sound track comes from somewhere else, somewhere very far, just slightly underlining the entire story…”

Petra Vargová was born in 1973 in Prague, Czech Republic. She studied at the Academy of Fine Arts in Prague and the Royal University College of Fine Arts in Stockholm. She graduated from the New Media School and received her MFA from the Academy of Fine Arts in Prague in 2002. As a Swedish Institute scholar she at tended the Art & Technology Programme at Chalmers Universi ty of Technology in Sweden where she obtained Master of Science in Art and Technology. Vargova has been active on the Czech and international art scene since the 1990s. Her work has been shown world wide in solo shows, group shows, festivals and conferences. For her projects Vargova received various art awards. Her video project DOA 2(Dead or Alive 2) is included in the Rhizome Art Base of The New Museum of Contemporary Art in New York. Vargova is a co-founder and curator for the Trans Genesis Biotechnology Art Festival in Prague, Czech Republic. Most recent ly, she was selected as a 2007-8 Fellowship Awardee at the Kala Art Institute in Berkley California.